By AyandaVO (self media writer) | 25 days ago

According to a report released by VANGUARD today September 21, 2021, Risikat Adejoke Adegeye, one of the wives of Nigerian legendary singer, Sunday Adeniyi Adegeye, popularly called king Sunny Ade is dead.

According to the report, Risikat Adejoke Adegeye was a former member of Lagos State House of Assembly, Amuwo Odofin constituency 1 and former commissioner. She reportedly died in the early hours of today, Tuesday, September 2, 2021 after a brief sickness. 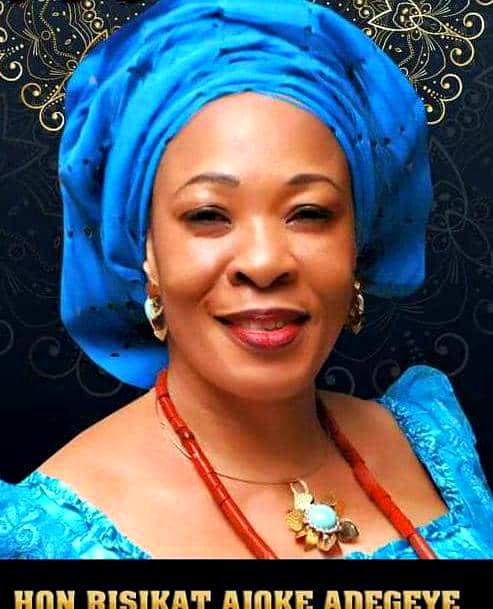 Furthermore, she was a devoted and loyal party member of the All Progressives Congress (APC) and also a former Chairmanship Aspirant under the platform of APC in Amuwo Odofin Local Government Area. Also, Risikat's marriage to King Sunny Ade, the juju King is blessed with six sons, based on the report.

However, Mr George Folarin Olawande, confirmed her death on behalf of the family in a statement released today, Tuesday, September 21, 2021, according to the report.