A clash of Social Media TITANS, who would win this battle? (REACTION)

By LetsGossip (self media writer) | 2 years ago

Events of the past few weeks has been without doubt entertaining most especially the reignited conflict between two super powers on Instagram. For those who love and use Instagram, I bet you wouldn't argue that some of the most juicy and controversial events happen on this platform.

Tunde Ednut, one of the most controversial bloggers or "entertainer" like he prefers to be called, a Nigerian based in the United States with over 2.4million followers from all over the world on Instagram and Joro Olumofin, a popular "Love Doctor" with over 800,000 followers on Instagram, resumed their rift months after it started. The "clash of the titans" resumed when Tunde reposted a tweet from a popular OAP in Nigeria, Gbemi Olateru-Olagbegi, she claimed that "Uncle Joro" gate crashes weddings without being invited and that he sends fake love questions to himself in order to affirm his status as a "Love Doctor". 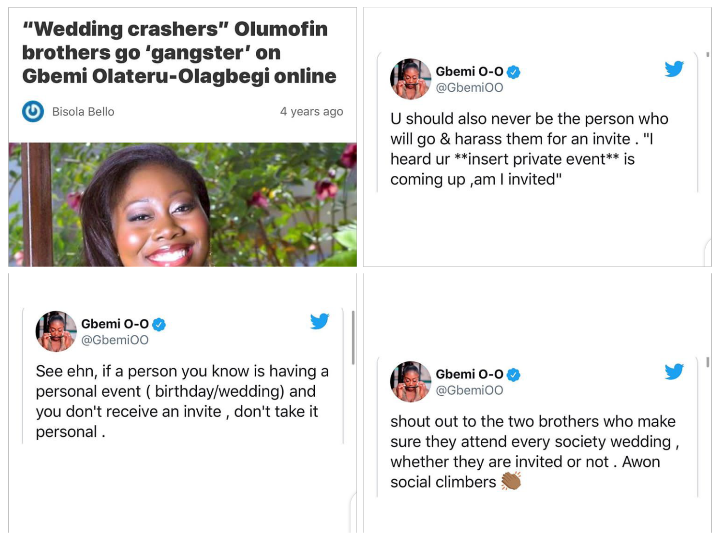 Joro without wasting time replied Tunde, labeling him a " failed musician, yahoo boy and a thief deported from UK after stealing an iPhone" (Chai! This one loud o😜😜😜 SCORES, 1:1). Joro seemed to have come to this battle prepared with legal tenders and receipts, he confirmed and accused Tunde of stealing his stories and posting on his (Tunde) platform despite calling them fake stories (Tunde they have catch you on this one o. SCORES, 2:1). 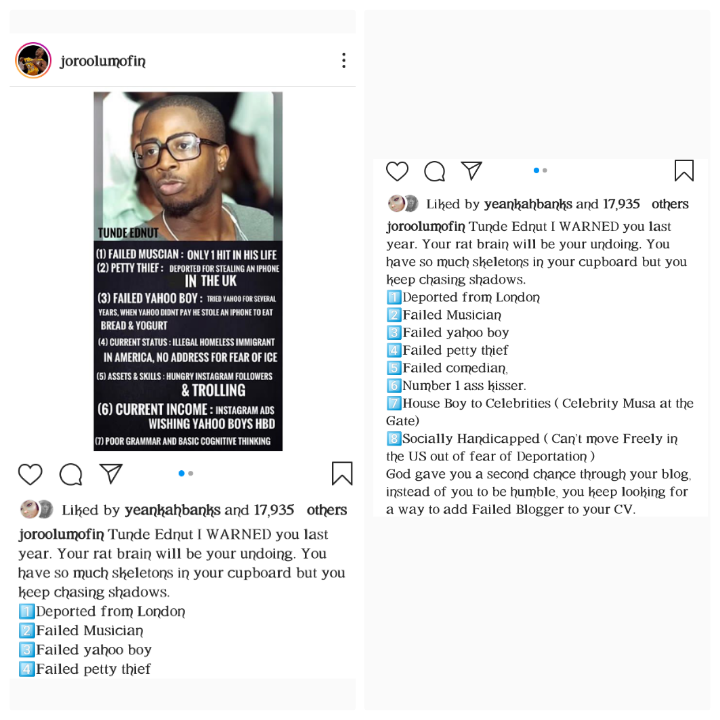 Well, we all know Tunde to be a savage blogger/entertainer good with word banters and making content out of every possible thing. Tunde soon called out for a talent hunt on his instagram page with a price money of 200,000 naira for who ever can imitate a typical Joro fake story best. Trust the good people of this world, it was an avenue to make easy cash, over 3,000 people came up with savage and funny imitation stories and the comment section soon became "Night of a Thousand Laugh" event centre (SCORES 2:2). 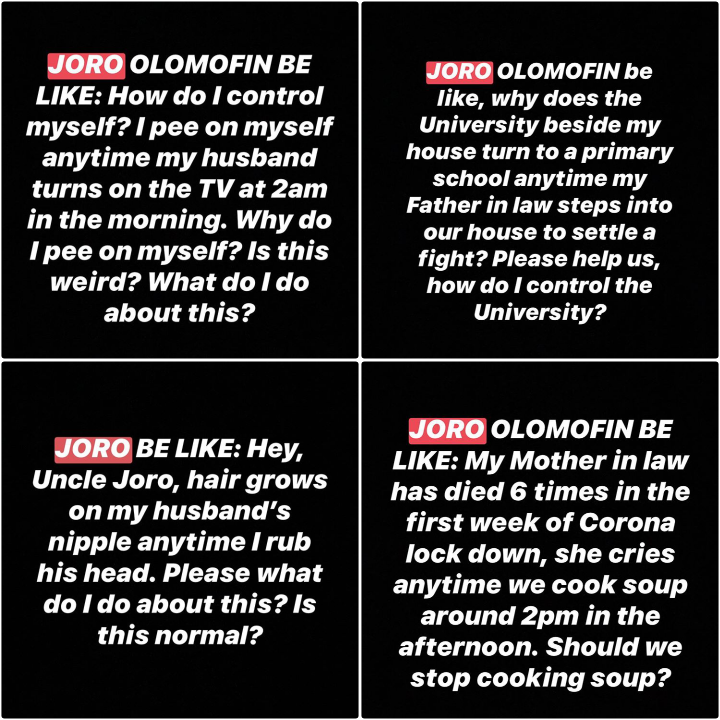 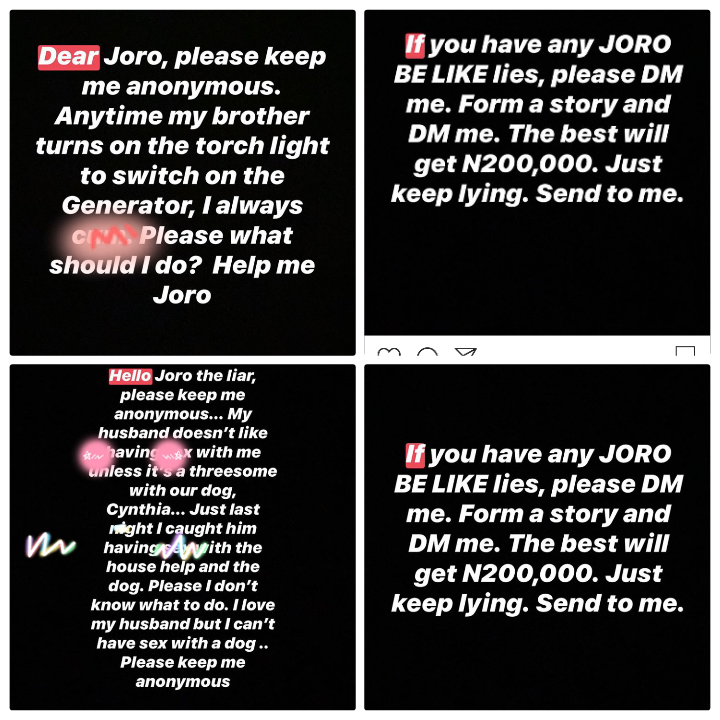 However, there was bound to be a degeneration as some people soon came up with accusatory stories. A notable one who seemed to capture Joro's attention was a young man by the name "Kelechi" who accused Joro of paying 9,000 naira monthly, for fake stories. 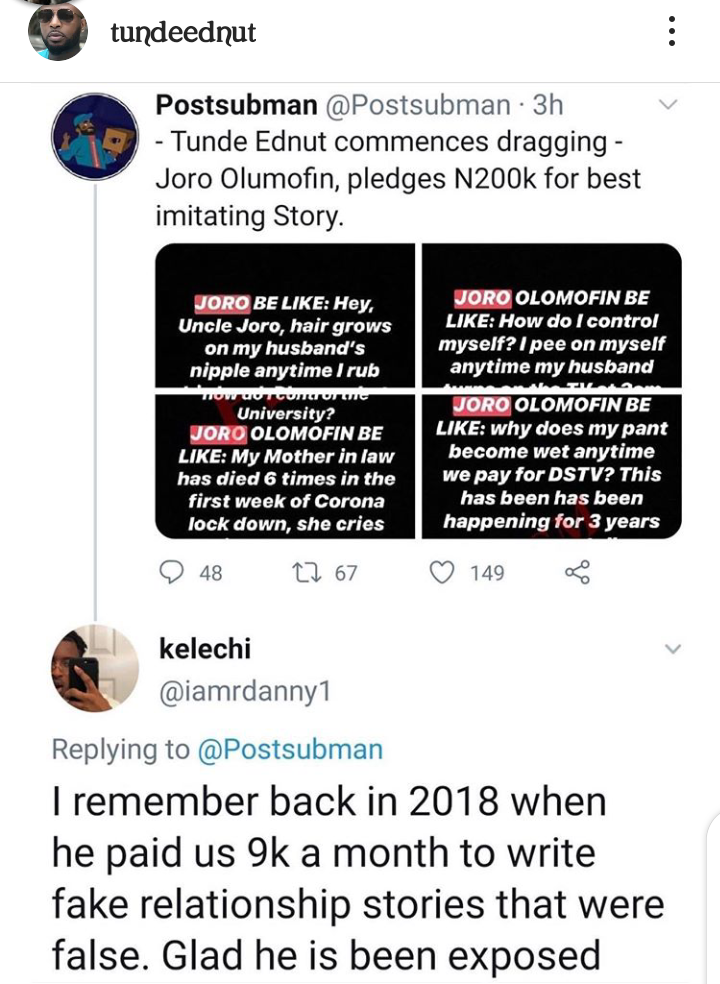 This obviously didn't go down well with Uncle Joro as he soon started a man hunt for Kelechi and placed a ransom on his head for "defamation of character". 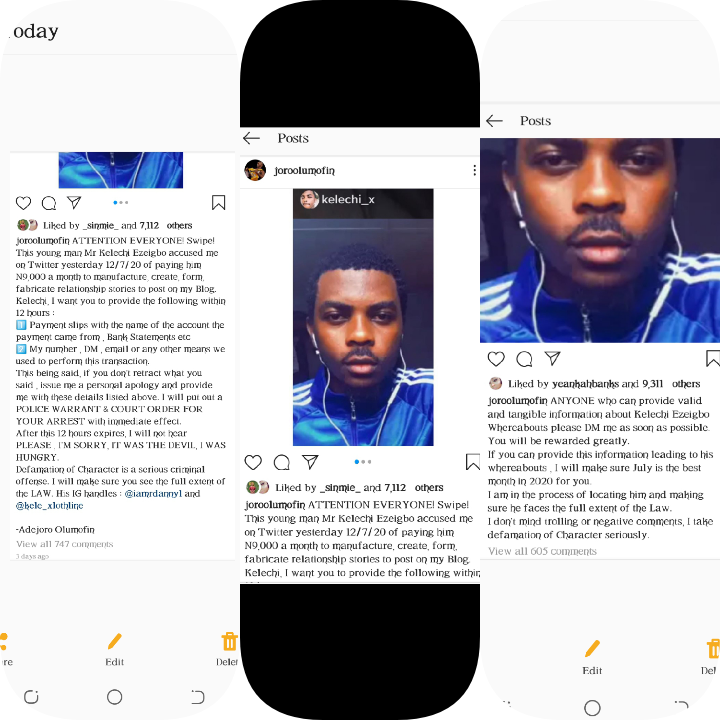 The said auditionee "Kelechi" soon gave himself up for arrest😂😂 by reversing his claims and accorded his post to being just an entry for the talent Hunt by Tunde Ednut, he also confirmed that his allegations were false and begged Joro to forgive him. Joro in his caption, confirmed he had forgiven him as the messiah of our generation, he asked to "go and sin no more" 😂😂😂😂😂😜😜😜 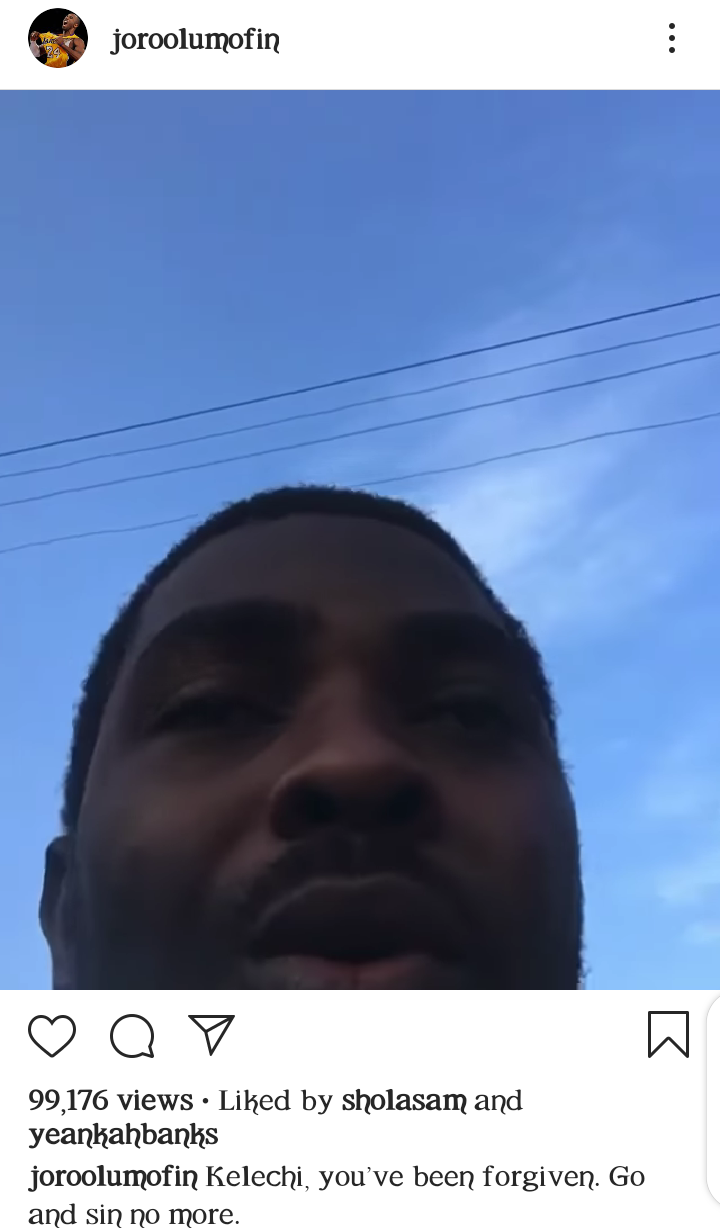 We can only hope that this rift ends soon enough and both parties find a common ground if not, we totally do not mind the entertainment. "Are you not entertained?" Simple YES or NO.

Content created and supplied by: LetsGossip (via Opera News )