'You Do Not Have Sufficient Credit To Make This Call' - Meet The MTN Lady With The Sweet Voice. Kgomotso Christopher (born 25 March 1979) is a South African actress and voice over artist best known for her time in Isidingo as Katlego Sibeko before joining Scandal as Yvonne. She is also the voice behind MTN’s Interactive Voice Response system and serves as a Non-Executive Chairperson on the Naledi Theatre Awards Board of Directors.

Kgomotso did her Bachelor of Arts degree in Law and Politics at the University of Cape Town. She was awarded the Jules Kramer Award for Fine Arts when she graduated. In 2004 she earned a Masters of Fine Arts in Theatre Arts at Columbia University in New York City. She continued to live and work in the US and UK until 2008. 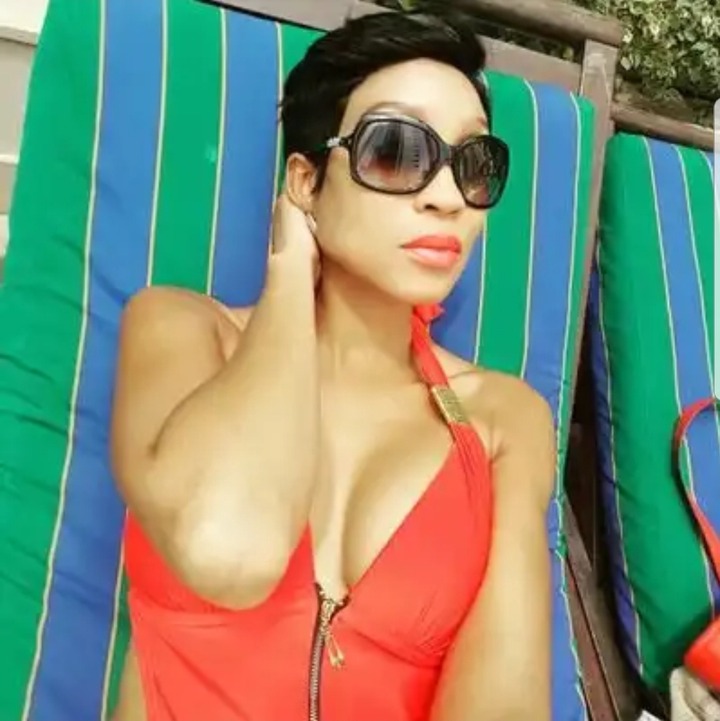 Kgomotso made guest appearance on television series Madam & Eve, SOS, Backstage, and Moferefere Lenyalong. She has made appearances in theatre productions of Romeo & Juliet, Midsummer Night's Dream, Hamlet and Dr. Faustus. On November 15, 2018 Kgomotso revealed on Instagram that she is the voice behind MTN's Interactive Voice Response system.

Below are 10 interesting and hidden facts about Kgomotso:

1. Kgomotso is a Kasi girl. The 41 year old actress grew up in Tembisa in the East Rand.

2. Kgomotso met her American husband Calvin Christopher during her first week at UCT and they have been together for over 15 years (married for 13).

3. She completed a Bachelor of Arts degree at the University of Cape Town from 1998-2000 and upon graduation was awarded the Jules Kramer Award for Fine Arts. With this scholarship she pursued her postgraduate studies at Columbia University in New York 4. She has been working as an actress since she was in college. She wasn’t from a very rich background and had to pursue a degree that would guarantee employment upon graduation but she did not let that derail her plans of becoming an actress.

5. Kgomotso is best known for her starring roles as Nox Madondo, a frustrated wife with a cheating husband, in the e.tv drama series 4Play: Sex Tips for Girls; and as Katlego Sibeko on the SABC3 soapie Isidingo. She is now starring in Scandal.

6. Although she had such a significant role in Isidingo, Kgomotso left the soapie in order to spread her wings. Talk about a risk taker, and it was worth it.

7. As fate will have it, she started idolizing Jerry Mofokeng from an early age and has once asked for his autograph. Now the two of them are co-starring in Scandal!!

8. Among her acting roles, Kgomotso has had guest roles in a number of television series including Madam & Eve, SOS and Backstage (all on e.tv) and on the SABC2 sitcom Moferefere Lenyalong. She has appeared in numerous theatre productions including Romeo & Juliet, Midsummer Night’s Dream, Hamlet and Dr. Faustus.

9. The talented actress is also multilingual. She is fluent in English, Afrikaans, seSotho and isiZulu. Not just a pretty face.

10. Kgomotso also have time for family. This July she took her lovely family on holiday in Paris, and the pictures made a field day on the internet.