10 Famous Movies That Were Meant to Be Totally Different, but Something Went Wrong 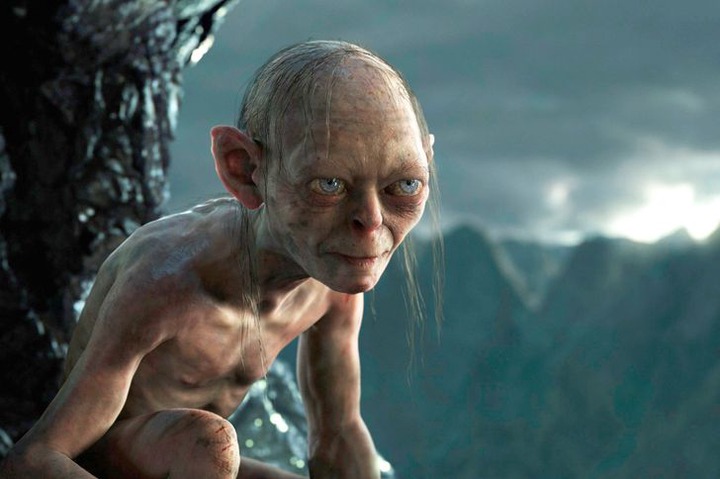 Filmmaking is a complex process that consists of many stages, while at each of these stages, movies themselves can undergo enormous changes. What's more, sometimes it's hard to tell whether or not the film has actually changed since this metamorphosis. 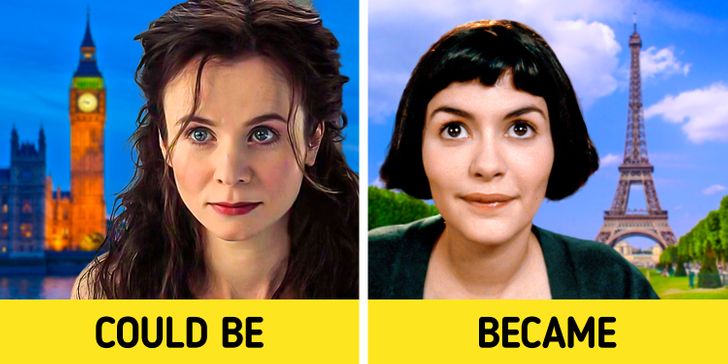 Initially, a script for Emily Watson was written. Amelie and her father were an Englishman who lived in London in the first draft. The main character had a similar-sounding name. The actress, however had a poor level of French, and because of her participation in the movie Gosford Park, there was a misunderstanding. That's when director Jean-Pierre Jeunet saw the poster with Audrey Tautou of the Vénus beauté (Institute) on it and offered the French actress the part. 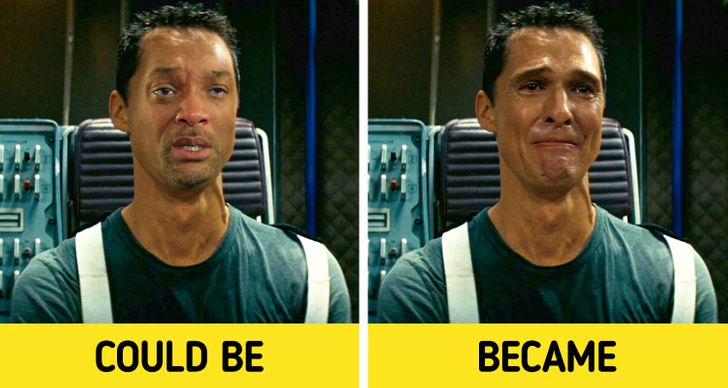 It was Steven Spielberg who was working on the production of the movie in 2006 and he was going to give Will Smith the role of Joseph Cooper. When he stepped down, however and Christopher Nolan occupied the director's chair, he agreed with Matthew McConaughey for the role. After seeing the movie Mud, starring Matthew, he made this decision. Also, Interstellar would have been more cool. The astronomer and physicist Dr. Kip Thorne set a strict rule before the start of production, stating that nothing in the film could break the established laws of physics, but later (when the shooting began), Nolan became fascinated with the concept of trying to demonstrate travel that was faster than the speed of light in the film. Thorne had to spend two weeks talking about this concept (because it defied the proven laws of physics) with Nolan.

The movie was expected to be shot in Australia, while Mel Gibson, who had played the role of Max in the first 3 parts, was going to be offered the lead role. For Africa, the place had to be changed because in Australia it immediately started to rain, everything began to bloom, so it stopped looking post-apocalyptic. In his turn, Gibson began to get bad press for his confrontational attitude, which began to influence his image negatively, and director George Miller chose to change his previous decision. 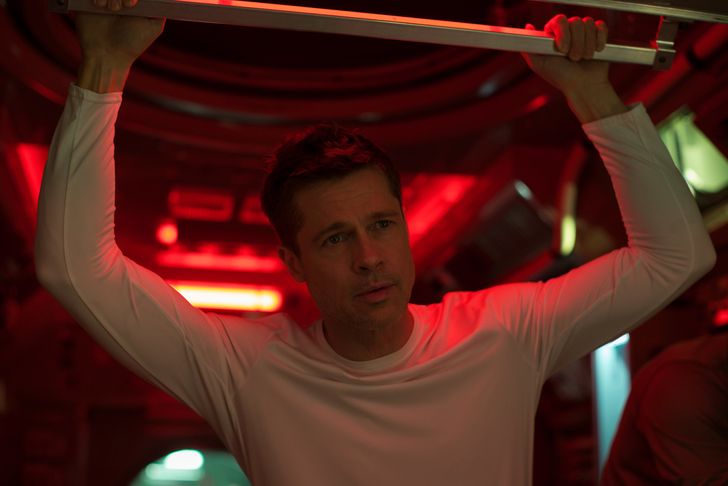 It could have been even less wordy in the film. In the late stages of development, the internal monologues of Brad Pitt's character were inserted, though they were not included in the initial script. Sometimes because of the demand of marketers who want to simplify the interpretation of the movie in order to reach a wider audience, these decisions have to be made. The main character was also supposed to be autistic, but it was obviously decided not to include this fact in the film. 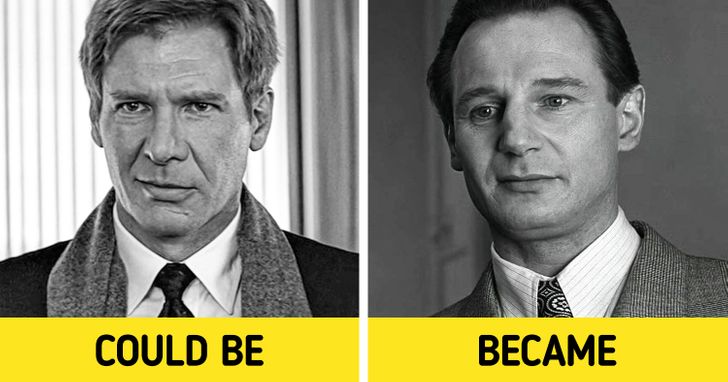 The creators and actors had to make often uncomfortable decisions due to the complicated nature of the film's subject. Martin Scorsese turned down working on the film at first because he felt that a Jewish director could produce the movie. Roman Polanski even declined to work on the film because he spent his childhood in a death camp himself and did not want to return to the horrors of those days. It was Steven Spielberg who finally became the director, but he declined to pay for his work.

Finding an actor to play the part of Oskar Schindler was also difficult. Harrison Ford refused the part because his face would be connected to the comical Indiana Jones and the movie's significance would not be seen by the audience. Then though Kevin Costner expressed his interest in the role and was ready to work for free, Bruno Ganzturned down the role, too. Liam Neeson finally got the part because he was fascinated by Steven Spielberg's wife. 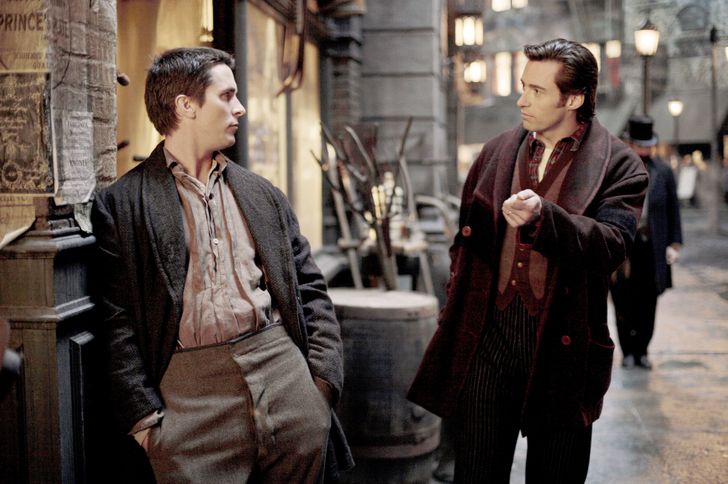 This cult film was based on the novel The Reputation by Christopher Priest, but Nolan wanted to adapt it to his own taste. In the book, the magicians are rivals, not ex-friends. Also, Jude Law was expected to be given one of the major positions. Perhaps, since seeing rivals battling for their success is one thing, the story wouldn't have been as catchy, but seeing a strong-bond relationship eventually developing into fierce enmity is a whole different thing. 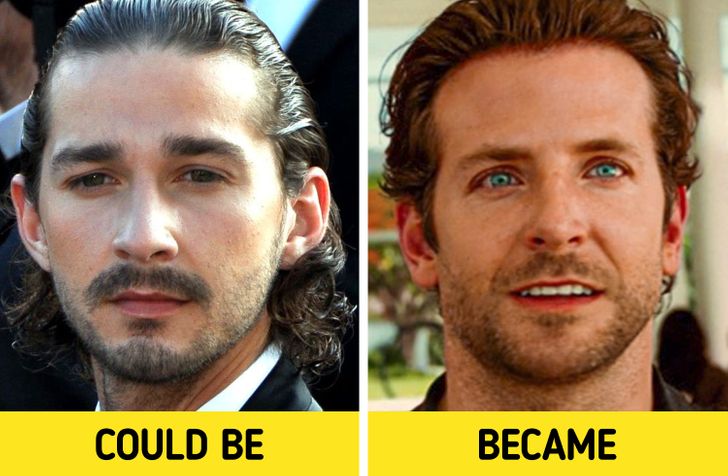 For the role of the unsuccessful writer, Shia LaBeouf was already accepted, but he injured his arm in a car accident and declined to participate in the project. The movie may have been entirely different from what we have now, taking into account an 11-year gap between him and Bradley Cooper, so there would be different ambitions and desires for the main character. 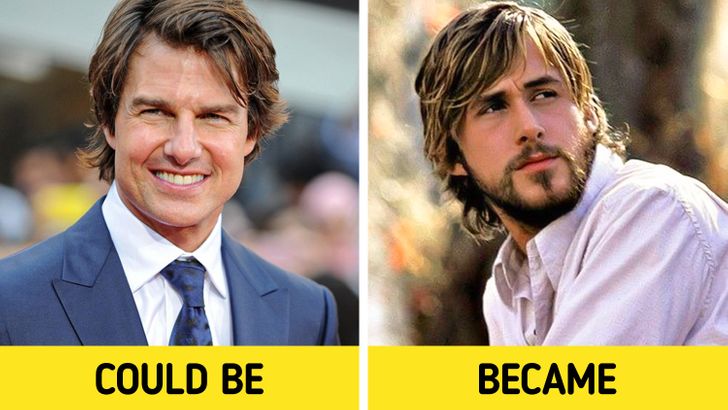 At the early stages of development, it was thought that the main character would be Tom Cruise, while Britney Spears, Ashley Judd, or Reese Witherspoon would be his beloved wife. However, he approved of the rising stars Ryan Gosling and Rachel McAdams when Nick Cassavetes became the manager. "Ryan was surprised when Nick said You're not like the other young actors in Hollywood out there. You're not good-looking, you're not cool, you're just a normal guy who looks kind of insane. 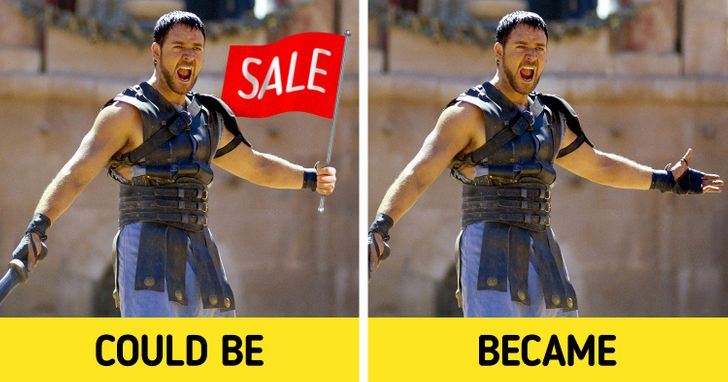 Ridley Scott, the director of the movie, wanted to explain as deeply as possible the ancient Roman culture, which is why he employed historians as counselors. It turned out however that Ancient Rome was not the way it was represented by most cultural works of art and most evidence would have looked absolutely incredible. For instance, gladiators would advertise different goods during their battles.

The Lord of the Rings trilogy 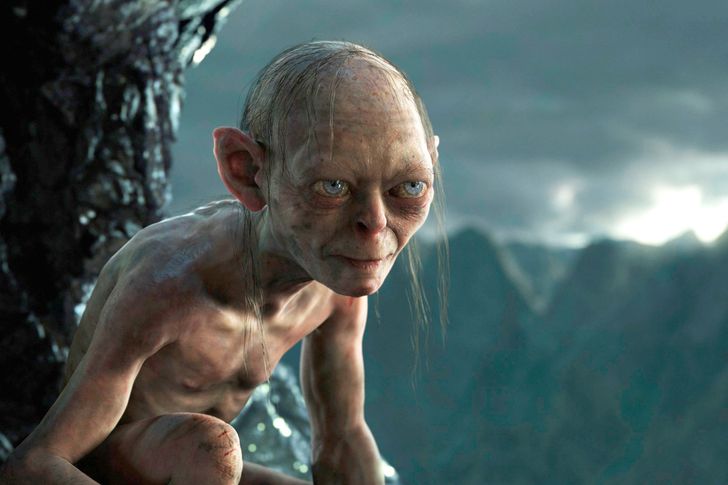 There were changes both in the cast and in the script, but let's start with why it became the trilogy, the most significant thing. Building a fantasy movie and movie studios wanted to fit all of the events that took place in the novel into one movie was very risky. Moreover, since he was insisting on making 2 pieces, they decided to replace the approved director, Peter Jackson. Peter tried to fake them out when only one studio was left on the list (New Line), continually putting off their meeting, saying that several other film-producing companies were involved in the project.