By Cindybeauty (self media writer) | 2 years ago 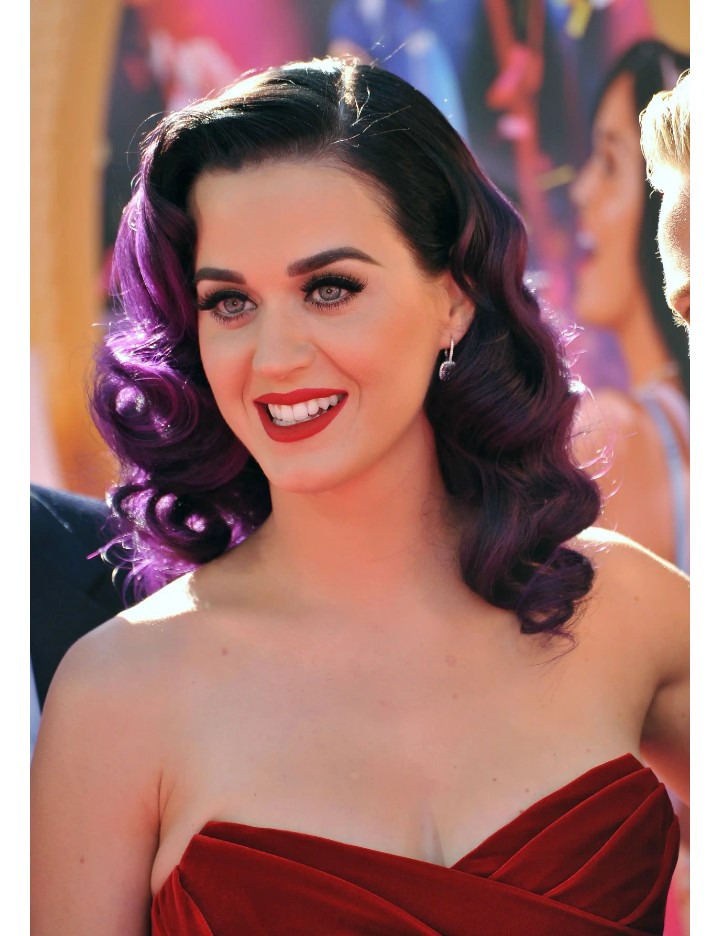 Katy Perry has become the epitome of pop music. Although Britney Spears, Beyonce, Christina Aguilera, and contemporaries like Rihanna and Lady Gaga have likely sold more albums and broken more records, Katy Perry has sailed rather smoothly ever since her “I Kissed a Girl” debut in 2008.

Her image is still pristine in comparison, as she has only been discussed for dating John Mayer, marrying Russell Brand, and having silly feuds with other performers.

The popstar, born Katheryn Elizabeth Hudson, broke a record this decade being the only female on the Billboard charts to release five number-one singles off one album, with Michael Jackson being the only artist to do the same.

The reason for the name change is none other than Goldie Hawn‘s daughter, Kate Hudson, who already was a big star when the singer debuted. Hollywood isn’t big enough for two Kate Hudsons. If one is a fan of Arrested Development or Ally McBeal, one knows of Portia De Rossi. Perhaps the global love and affection for Ellen is so strong, it permeates to her wife. Most probably think the Australian actress’ background is Italian, but that is an incorrect assumption.

Portia, who has publicly discussed her anorexia when she was a teenager and young adult, was born Amanda Lee Rogers, a departure from the sophisticated stage name. When she was fifteen, she legally changed her name, taking inspiration from The Merchant of Venice, the Shakespearean play, and the Italian surname because it would make her appear exotic. She cites her fears of being outed as a lesbian being the main struggle with her identity.

The Bronx native and controversial filmmaker is known for his cinematic achievements, which includeAnnie Hall, Manhattan, Match Point and Vicky Cristina Barcelona.

It may also be the case that he is recognized for his relationships with Diane Keaton, Mia Farrowand his current wife Soon-Yi Previn, the latter creating a whirlwind of controversy due to Soon-Yi being Mia Farrow’s adoptive daughter when Farrow was dating Allen.

Yet the man behind the large glasses was born Allan Stewart Konigsberg. At seventeen, the joke writer changed his name to Heywood Allen, eventually becoming Woody The Baywatch actress is known for her Playboy spread, her MTV programming, and being an original dance member of the Pussycat Dolls, before their successful years with lead performer Nicole Sherzinger. She has been married twice to big celebrities. In the nineties, she married basketball player Dennis Rodman, and then rockstar Dave Navarro.

Carmen Electra was born in Sharonville, Ohio, under the name Tara Leigh Patrick. Back in 1991, she signed a record contract with non other than Prince. Even though a musical career did not make her a star, his suggestion made an impact. Allegedly, he told her that she looked more like a Carmen.

Born in 1989, in Miami, Florida, Jason Derulo has amassed six different number-one singles around the world. He has released five different albums, and has enjoyed a lot of success on the UK charts.

His background as a young lyricist put him behind the scenes for artists like P. Diddy, Sean Kingston, Lil Wayne, Danity Kane and Cassie. His 2009 debut single “Whatcha Say” samples Imogen Heap’s song “Hide and Seek”, which was released four years prior

Content created and supplied by: Cindybeauty (via Opera News )