Ayansola was the Captain and Lead drummer of the Sikiru Ayinde Barrister Band, he was the wave maker in the 80s. He can be classified into the group of Adewole Onilu Ola, 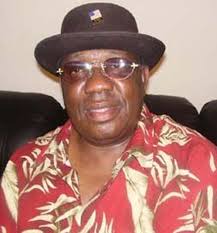 Adelere Epo Akara among others shining stars. He was in charge of Barry drums.

One day, after their show, Ayansola was coughing profusely and complaining of pain on his chest around the left hand side. This wasn't the first time but it was the most noticeable. Barry then took him to one of the best hospitals in Nigeria where all necessary tests were conducted on him, after which a Doctor confided in Barrister that "If you wanted this man to live long, don't let him fold drum on his chest again".

Barrister told Ayansola to change from talking drum to Sakara because of his health issues, Ayansola saw this as relegation and insisted on playing the talking drum, Barrister refused and appealed to him to let reason prevail ..."There's nothing wrong with me. I am not a Sakara man, I use Talking Drum..." Ayansola refused.

This led to other misunderstandings and Ayansola left the group in anger. He relocated from Lagos to Ibadan and teamed up with Alhaji Iyanda Sawaba, another Fuji artiste based in Ibadan and a subtle rival of Barrister. The truth is, while Ayansola was still with Barrister, he had secretly played talking drum in one of Sawaba's albums, it was a top level secret and the two entered into an oath never to reveal this secret, they warned other band members too but in this life, it is what is not done that will not be known!

It pained Barrister that Ayansola left him for a junior musician who learnt the trade under him. Barrister sent Police to retrieve the car he bought for Ayansola and this aggravated a terrible rivalry between Barrister and Sawaba. Ayansola used his talking drum to abuse Barrister, Sawaba released an album titled 'Pata Olokun' where he attacked his former boss, Barrister. Barrister also released an album asking Sawaba's mother to warn him before her son would enter evil forest

Their Albums were hit back to back until one day, 31.12.85 when Sawaba finished a show in Osogbo and Ayansola started coughing again and holding his chest, before they could rush him to the hospital , Alhaji Kamoru Akanji Ayansola had departed the sinful World to embrace eternity! The Doctors report was accurate....

Ayansola's death was the greatest blow on Sawaba. He never recovered as a musician apart from his attempt to come back in 1993, that comeback remains an attempt till date.

May the souls of Alhaji Sikiru Ayinde Barrister and Kamoru Ayansola rest in peace.