By vicky'sblog (self media writer) | 2 years ago

Hi guys, welcome to my blog. On Today's matter, I'll be introducing to you the twenty(20) new housemates for this year's Big Brother Naija. 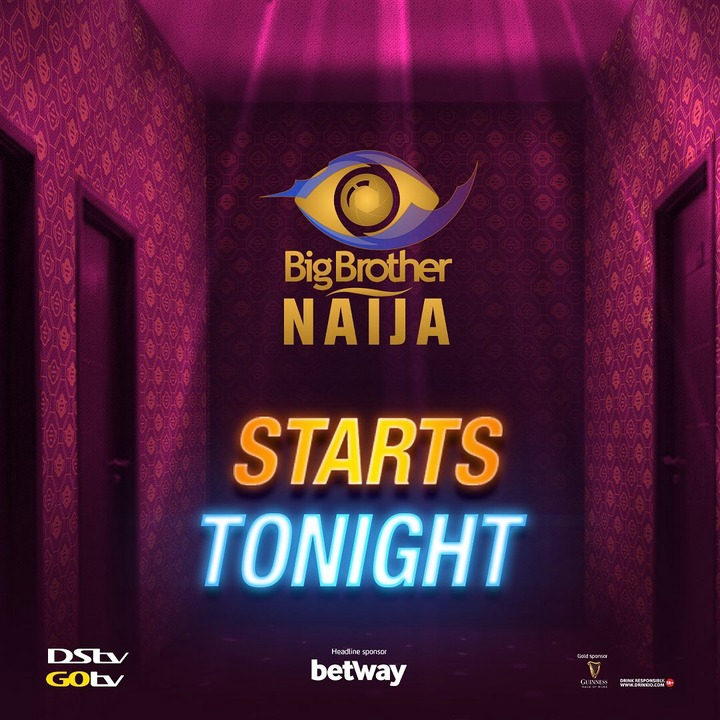 With so much excitement, I'd like to bring to your notice that this year's BBNaija has been tagged 'BBNaija Lockdown Season 5' with Ebuka Uchendu as the host.

I'm sure you are ready to meet the housemates. Now let's get started. 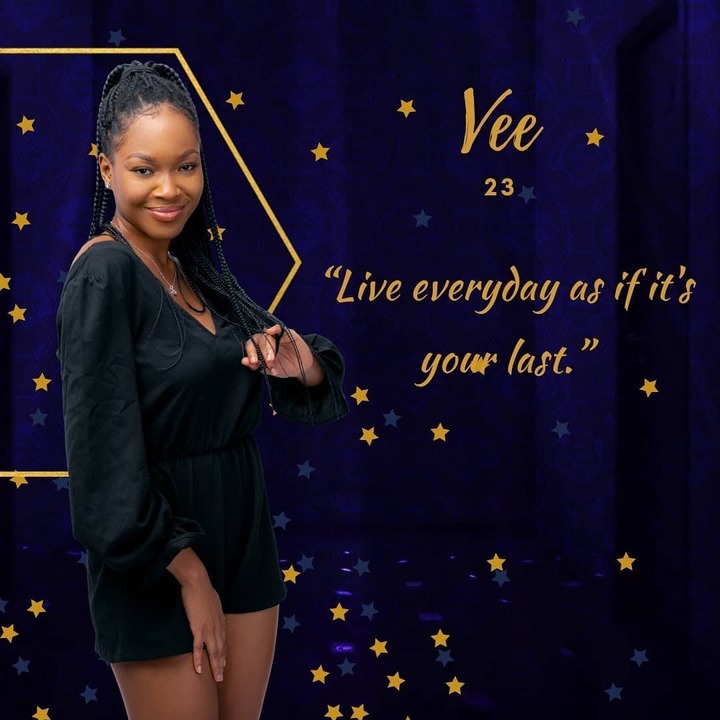 23-year-old, Victoria Adeyele was born in London, but moved to Lagos recently. She says she is very competitive which means she's in the game to win. The singer says she has not been in a relationship for the late 6 months. Vee says she is most likely going to get involved in a conspiracy in the house. Consultant and entrepreneur Ozoemena “Ozo” Chukwu (27years), is from Imo State. He considers himself brilliant. He is a sports analyst who has worked is a first-class Economics graduate. He plans to bring a lot of mischief to the house. Nelson Enwerem Prince is a 24years old entrepreneur from Abia State. He's a model, fashion designer and interior decorator. He says he is an introvert and extrovert. He says he is bringing dance moves to the Friday night party. He believes he is in the show to win the money. He also wants viewers to expect the unexpected. Lilo, whose full name is Boluwatife Aderogba is a dietitian from Lagos. She is a 23 years old Osun state indigene and a goal getter. She doesn't like people being in her business, she likes to be in charge and she can be very controlling. Oh wow! Looks like we already have trouble in the house. 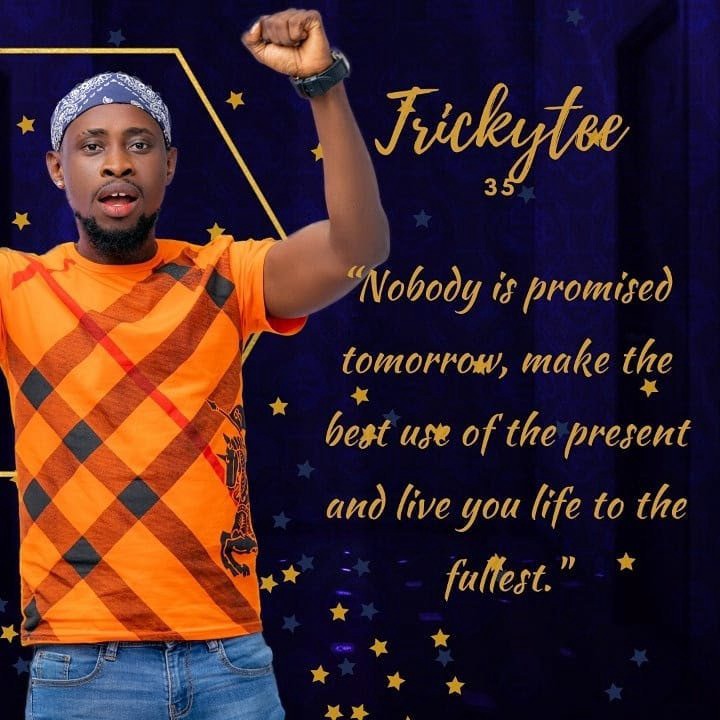 Timmy Sinclair is a 35years old Lagos-based creative artist from Bayelsa State. TrickyTee loves food and is not a fan of proud people. He says he doesn't fit in with society. He says he is a talkative and that he can be very dramatic. He calls himself the housemate of killers and he already knows he will be getting into trouble because of his outspokenness. 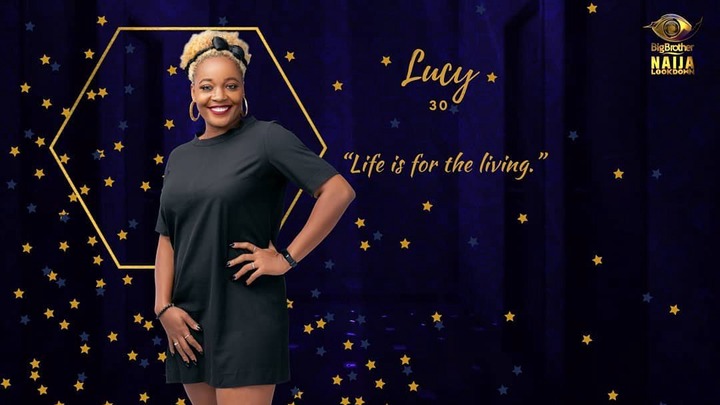 Lucy Essien is a 30year old entrepreneur who believes in fairy tales. Even though she likes food and her space, she says she lights up the room whenever she enters a place. Lucy says she will be bringing all the good vibes and fun in the house and that people should love her for who she is. 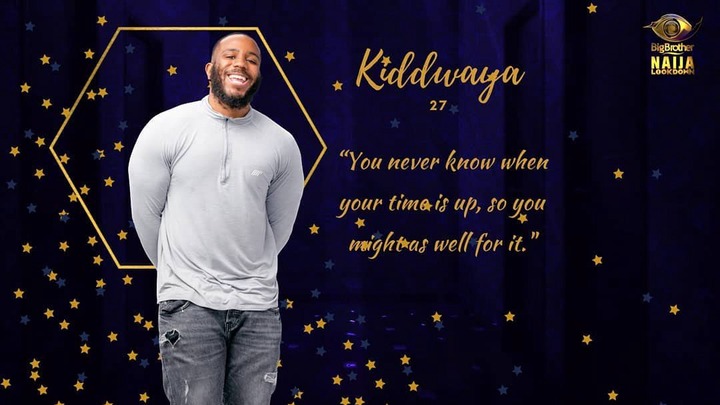 Terseer Kiddwaya is a 27-years old Benue state Indigene who is arrogant and at the confident. He says he is bringing all the ingredients to marinate the show. He didn't fail to mention his dislikes: he hates spiders. He believes his confidence is mistaken for arrogance. 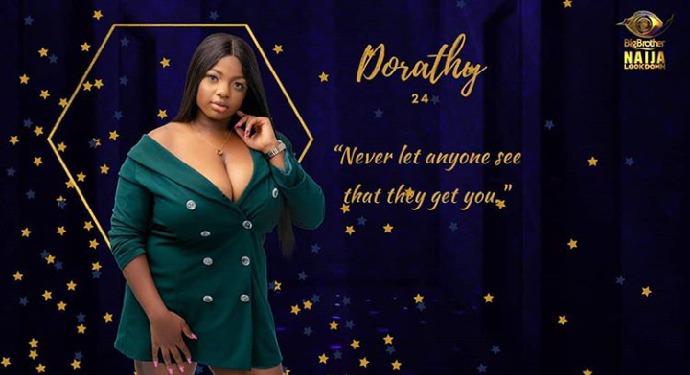 Dorathy Bachor is a 24-year-old entrepreneur from Lagos who believes she is the only one in the world that can make everyone around her smile. She says she will be causing wahala in the house. However says she is mainly interested in the money and her biggest expectations is to have the best time of her in Big Brother's house. 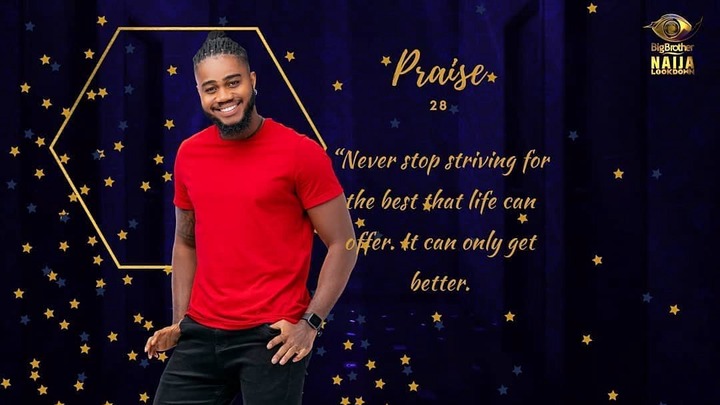 Praise Tochukwu Nelson is a 28-year-old dancer from Enugu State. He won third place at a national Dance Competition in 2010. He is also a fitness and personal trainer and a certified Latin ballroom expert. Praise says he is an easy-going and dramatic person. He says he loves when things are challenging and calls himself "the life of every party". Praise says he was in a 3way relationship and he has come to add spice to the show. Florence Wathoni Anyansi is a 29-year-old fashion entrepreneur. The single mother juggles a fashion business and a parenting blog. Wathoni speaks Swahili, English and Igbo. She loves music and will be bringing fun to the house. The fashion entrepreneur says she is ready to mingle. Tochukwu Okechukwu Tochi is a 28-year-old rapper and real estate agent from Imo state. He likes real people and he can be very entertaining. He says he is bringing a lot of drama, entertainment, and reality to the house. He promises to be himself in the house. He didn't fail to mention that he's currently single. 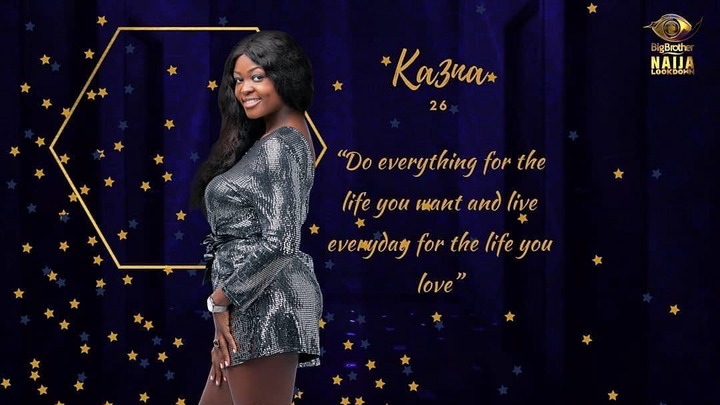 Kate “Ka3na” Jones is a 26years old entrepreneur who hails from Rivers, Nigeria says she is the boss lady cos she is in charge of her life and she loves money and hates poverty. She is bringing a lot of surprises to the house. Igwe Eric Akhigbe is a 24years old final year student at the University of Lagos who hails from Edo state. The sport man says he is exoecting lots of turn ups and fun. Eric also made it known to viewers that he lost his virginity at the age of 20. Erica Ngozi who wants to be a celebrity by all means is a 26years old actress who loves getting drunk. She said she is coming with good vibes. The actress says she is going to bring lots of drama in the house. She dislikes attention seekers and people who don't take care of their hygiene. 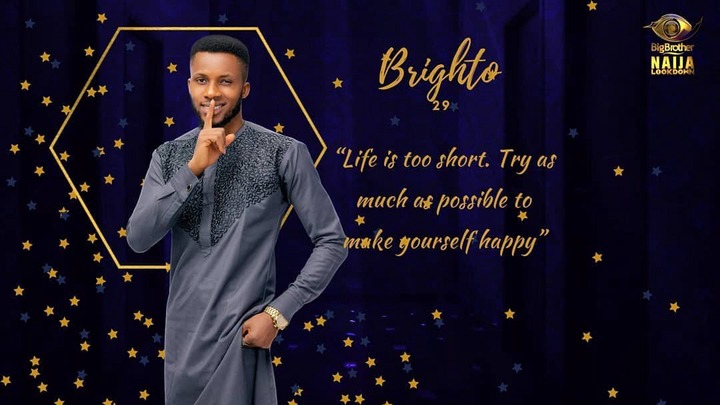 Ezekiel Bright “Brighto” Osemudiame is a 29-year-old sailor from Edo State. He holds a degree in Marine Engineering from Arab Academy for Science Technology and Maritime Transport. Bright brags different as he says he has been to about twenty five states in Nigeria. He speaks Igbo, Hausa, Yoruba, and Edo languages fluently. He says he like to get on people's nerves. 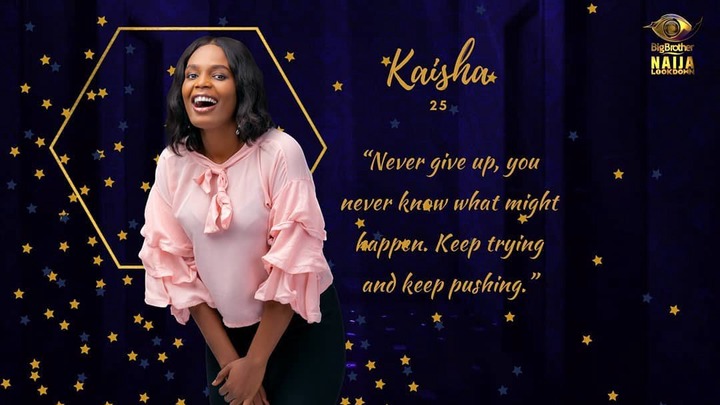 Kaisha whose full name is Aisha Umaru is a 25years old God fearing lady. Kaisha says she is a hard-working woman and that she loves to sing, dance, and have fun. The Sokoto state born beauty says there will be no dull moments with her. 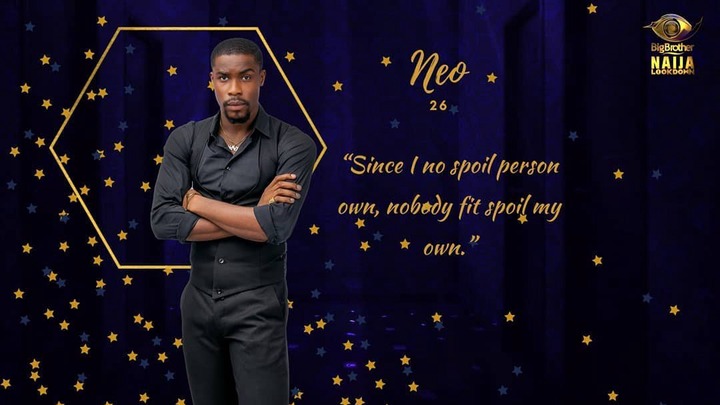 Emuobonuvie “Neo” Akpofure (26years), popularly called Neo, is a ride-hailing app driver and a Delta State native. Neo says he is fashionable and stylish. He says he is bringing life, vibes, cruise, and entertainment to the house. Neo hopes to get involved in relationship in the house. Tolani Shobajo is a 27-year-old media personality from Lagos state. Tolani is an energetic gingered babe. She's all about positivity. She is solely in the show to win the money. She is a Naira Marley fan in fact she said she's a Marlian. 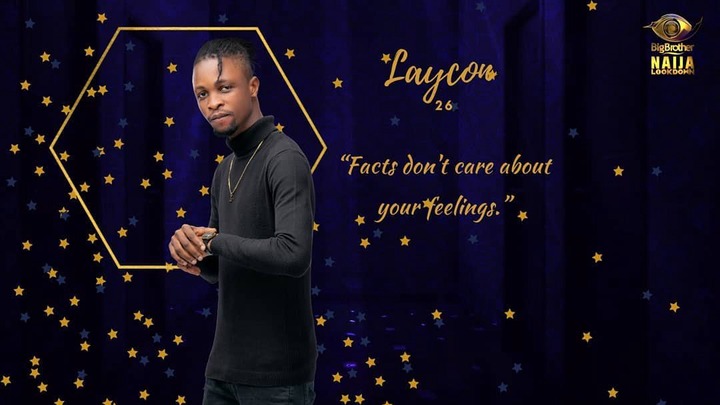 Olamilekan Laycon (26years) who was born and brought up in Lagos is an artist that loves to have fun. He says he is bringing fun and craziness to Biggie's house. He says he is complicated, misunderstood and he is a sexual enthusiast. He believes his fans and the viewers will enjoy his stay in the house.

Rebecca “Nengi” Hampson is a 22years old entrepreneur from Bayelsa State, Nigeria but was born and raised in Port Harcourt. She is a former model who loves learning new things, having fun, travelling, taking on new Adventure.

Thanks for taking out time to get updated with us.

So guys, feel free to drop your reactions or questions in the comment section below.

Content created and supplied by: vicky'sblog (via Opera News )