Dj Switch Speaks On The Call For Secession In The Country, Reveals Her Stance

By The_Penmanship (self meida writer) | 8 days

The country Nigeria at the moment is faced with so many challenges that seem to be overwhelming its citizens. The escalating rate of insecurity that is been heard of and witnessed by the people in different regions of the country has increased the pain the masses feel in the country. Coupled with pangs of insecurity is the rising call for secession by some regions of the country, the call for Biafra and Oduduwa Republic. Insecurity in the country and its perceived nepotic approach in handling it by the leaders of this nation have equally fueled the call for secession. 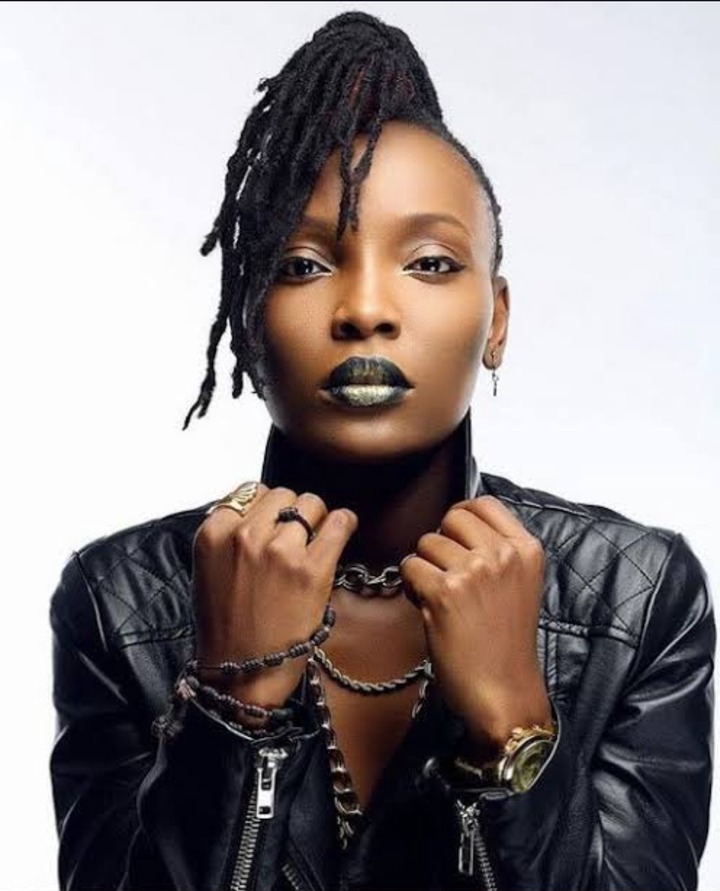 "I have never been a tribalist and I detest all forms of extremism! There's so much pain and divisiveness that it seems justifiable to call for secession, but this is not my stand! The insecurity in Naija will reach us all. The rulers keep the masses uneducated and hungry so we won't have sense!" 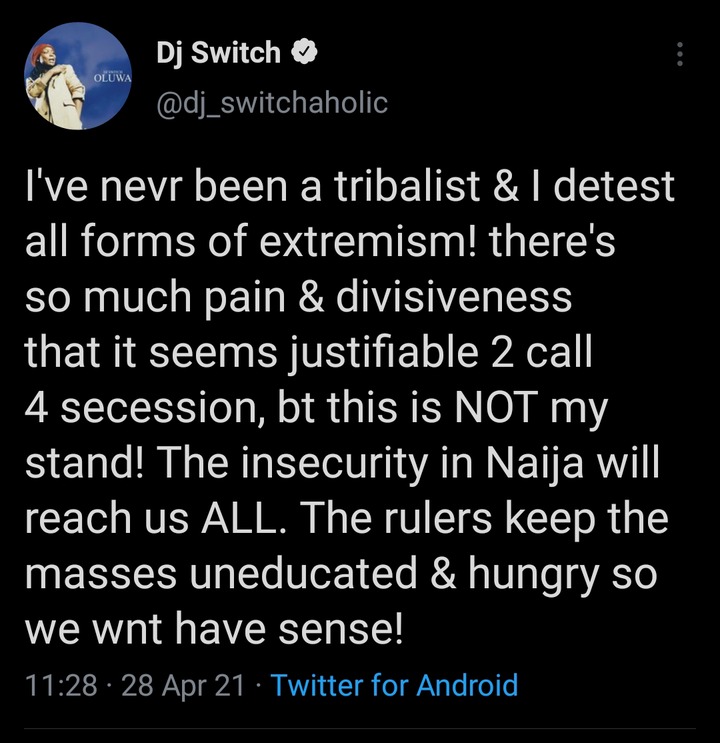 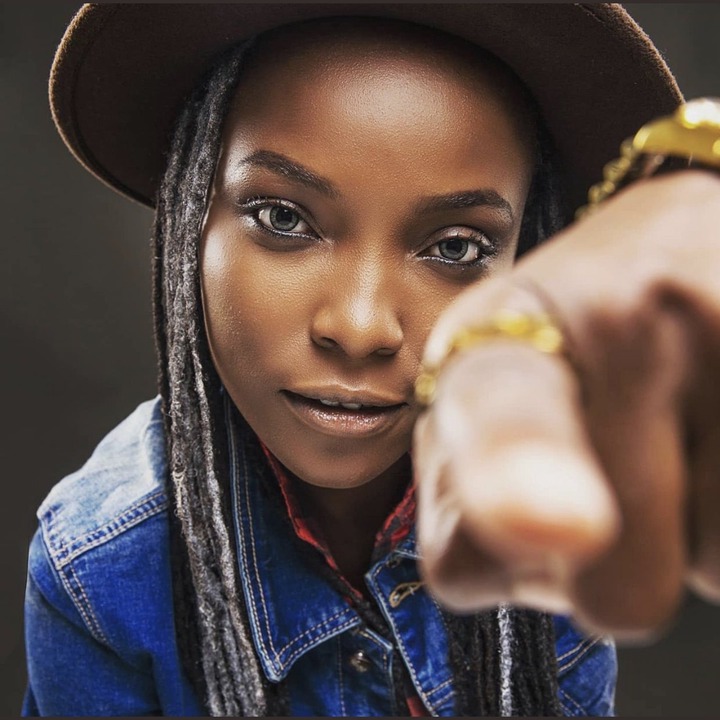 While some people are in support of one united nation, Nigeria, it seems many in recent times has toed the part of the separation of the country. Everyone has his good explanation on whichever he chooses to support. Like it is said in the above statement, the perceived unjust treatment meted out against some regions fuels the quest for secession the more and until such nepotism is addressed, the agitation will be on the rise. What are your stance on the security issue at hand in the country and the call for secession? Drop your comments below.

"Even In The Ugliest Picture I'm Still A Fine Girl" - Erica Brags On Twittter, See Reactions

Check Out 5 Photos of Bobrisky in Several Fashionable Outfits

Fire Razed Down The Fabric Section Of Cairo Market In Oshodi, Lagos State

South-East Governor Blows Hot, Says Buhari Should Not Be Blamed For Nigeria's Insecurity.

"Fr. Mbaka Has Been Formally Admitted Into The IPOB folds" - Adamu Garba Alleged