By Naijapointer (self media writer) | 2 years ago

He is known for being the brain behind some of the best Contemporary records in Nigeria.

But here are 5 things you probably didn't know about Don Jazzy: At age of 4, Don Jazzy developed a flair for music, singing and playing the drums.

At the age 12, He developed passion for bass guitar and he went further study business administration at the Ambrose Alli University Ekpoma in Edo State. 2) He relocated to London to pursue his music career

In 2000, Don Jazzy moved to London to play drums for local churches following his uncle's invitation. 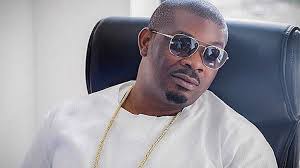 3) He has worked at MCDONALD'S

Don Jazzy did numerous jobs including working as a security guard at MCDonald's in London but still continued for the popular juju singer, Mr. Solek. 4) He has Collaborated with Jay Z and Kanye West.

Don Jazzy collaborated with Jay Z and Kanye West on the production of "Lift off" featuring Beyonce on the album 'Watch The Throne', released on 8 August 2011.

Still that same year, He was signed as a producer under Kanye West's record label, GOOD music. 5) He writes all his own songs

Don Jazzy writes all his songs himself and once he releases a song, he doesn't listen to it again.

When asked, he said it's because he spent ample of time listening to it severally inorder to make it excellent before being released.

It's now time for you to tell us your favourite Don Jazzy song.

Content created and supplied by: Naijapointer (via Opera News )