Meet the Best-dressed Women of 2019

By AmandaChinda (self media writer) | 3 years ago 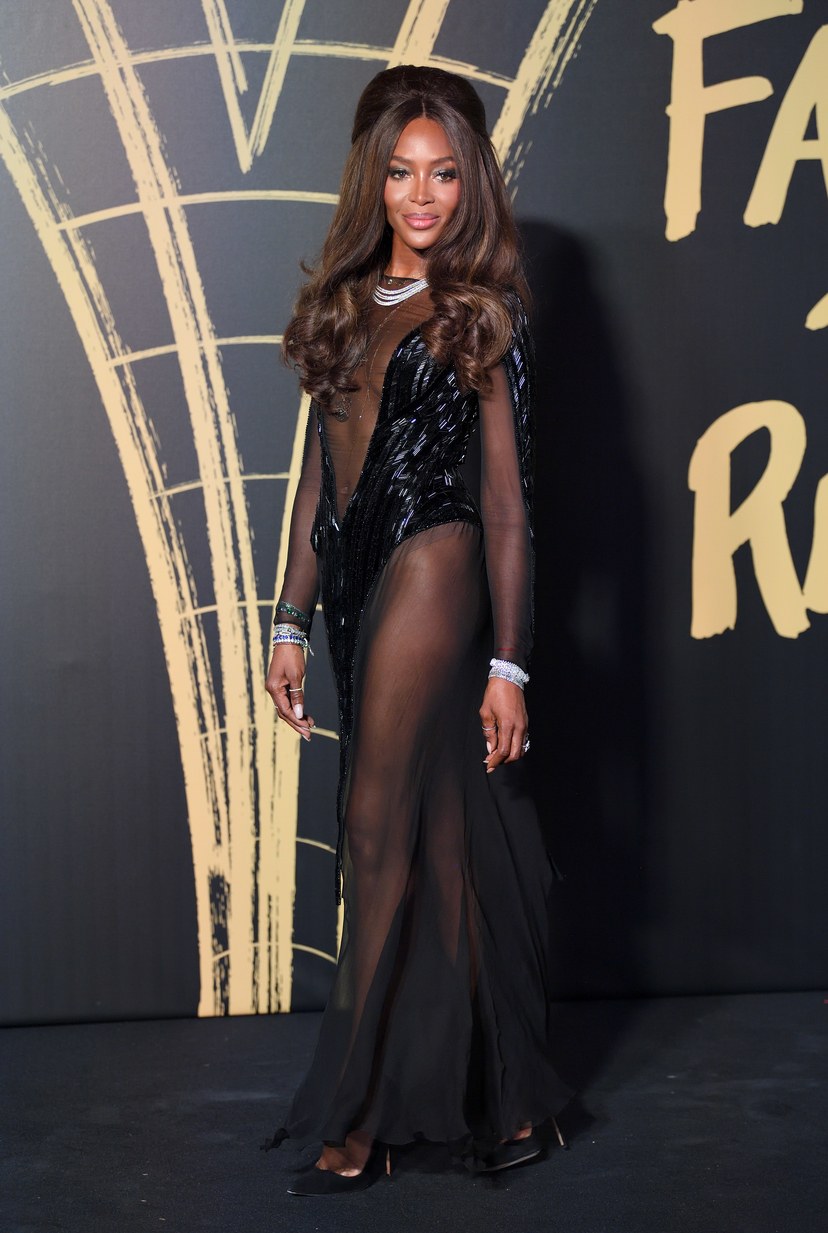 In custom Mugler at Fashion For Relief, 14 September.

If 2019 will be remembered by some in the biz as the year of uncertainty, one thing was fixed: you could always count on Naomi Campbell for a notable fashion moment. 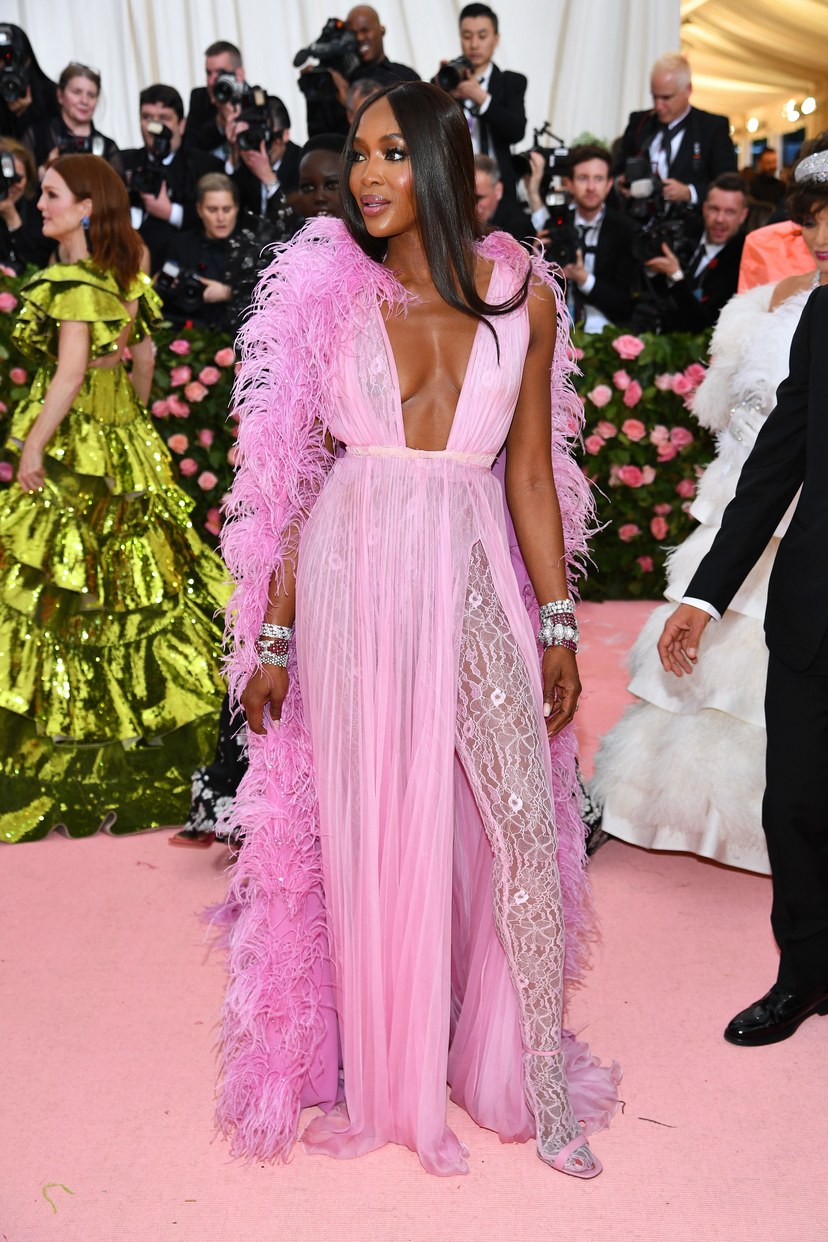 In custom Valentino at the Met Gala, 6 May.

Even low-key looks became magazine-spread-worthy when the supermodel draped them over her sinuous limbs - though most of them were major with a capital ‘M’. 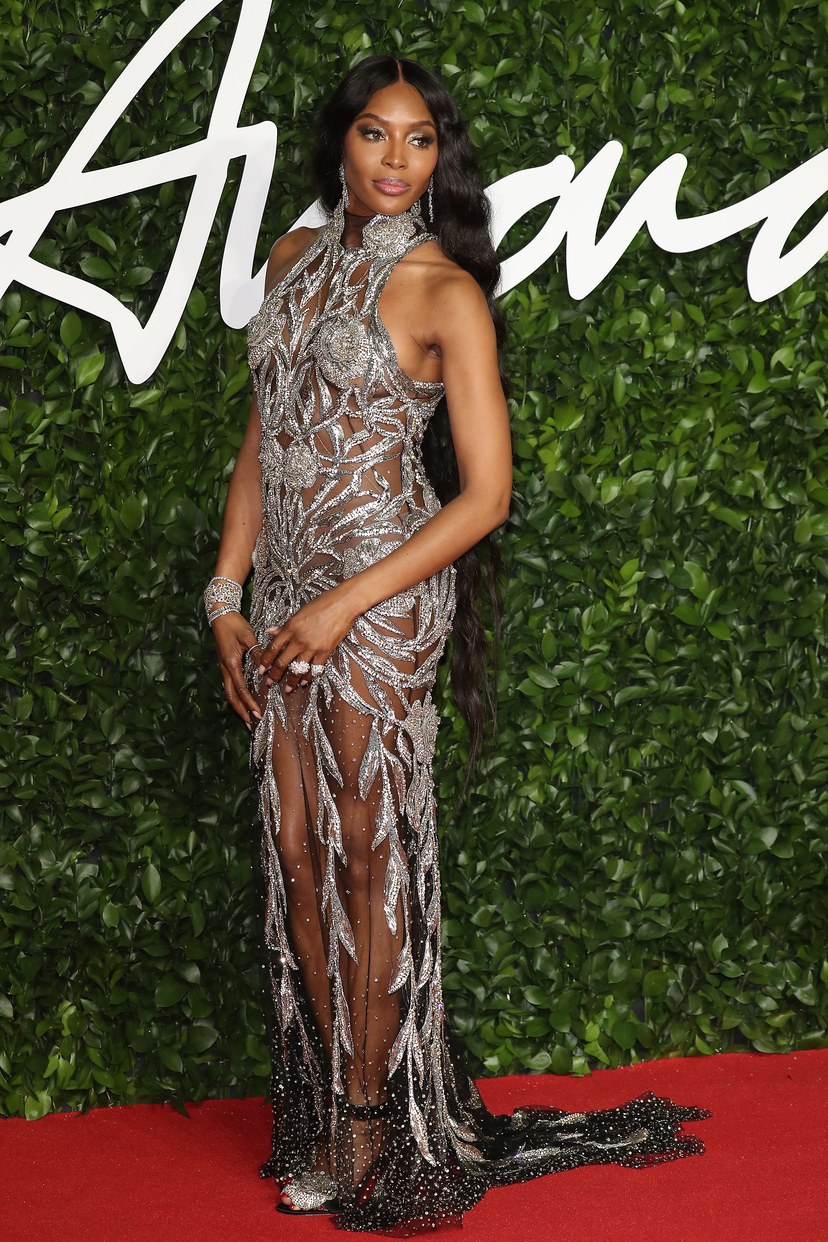 In custom Alexander McQueen at the Fashion Awards 2019, 2 December.

Valentino, Versace and Alexander McQueen dominated her wardrobe line-up, but a certain underwear-free Mugler look, at the Fashion For Relief charity event she organised and starred in, was truly magnificent. 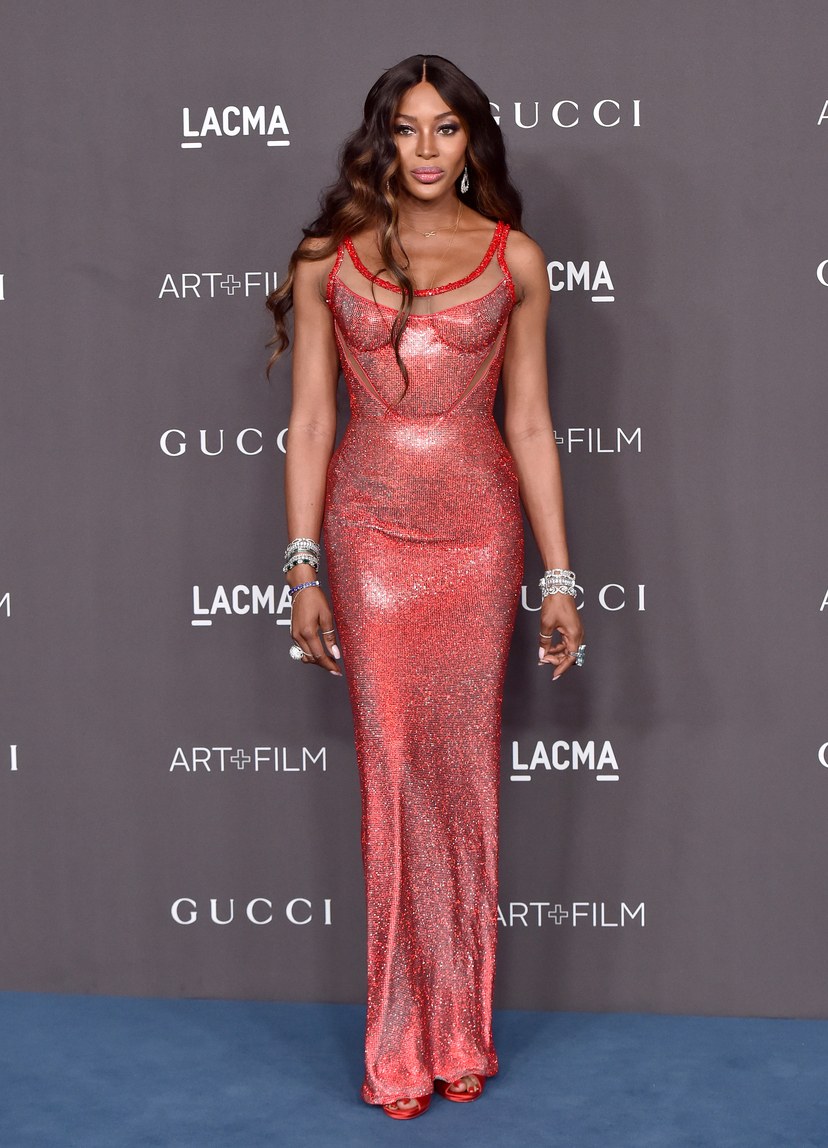 Insistent in her fabulosity, Campbell’s mastery of supermodel sauce is pretty much unrivaled. 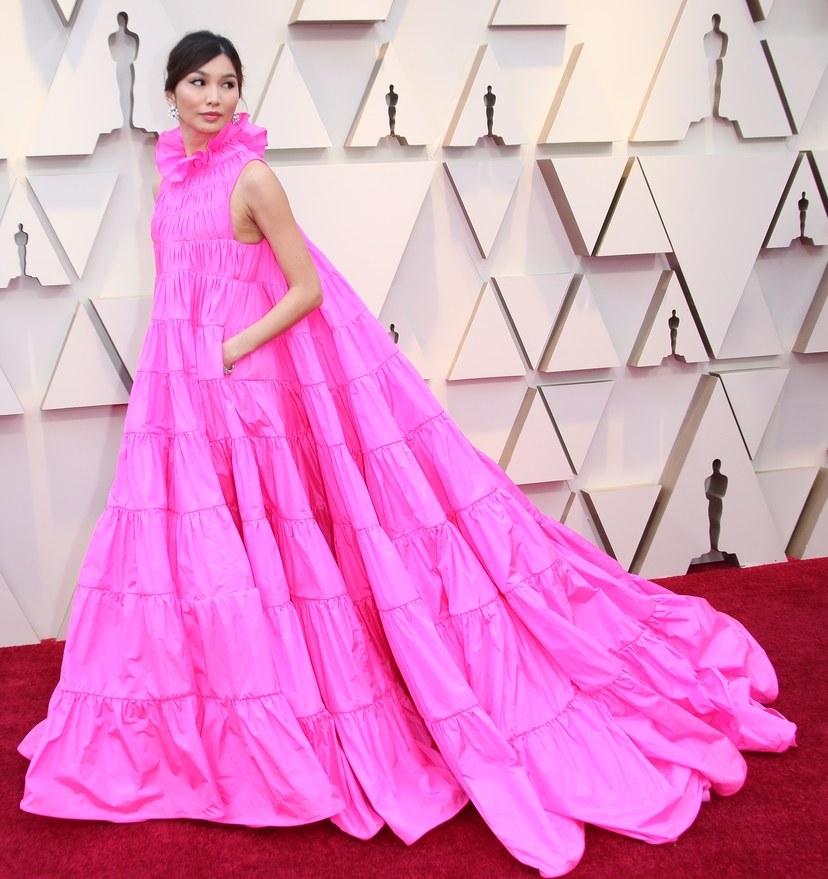 In Valentino haute couture for the Oscars, 24 February. 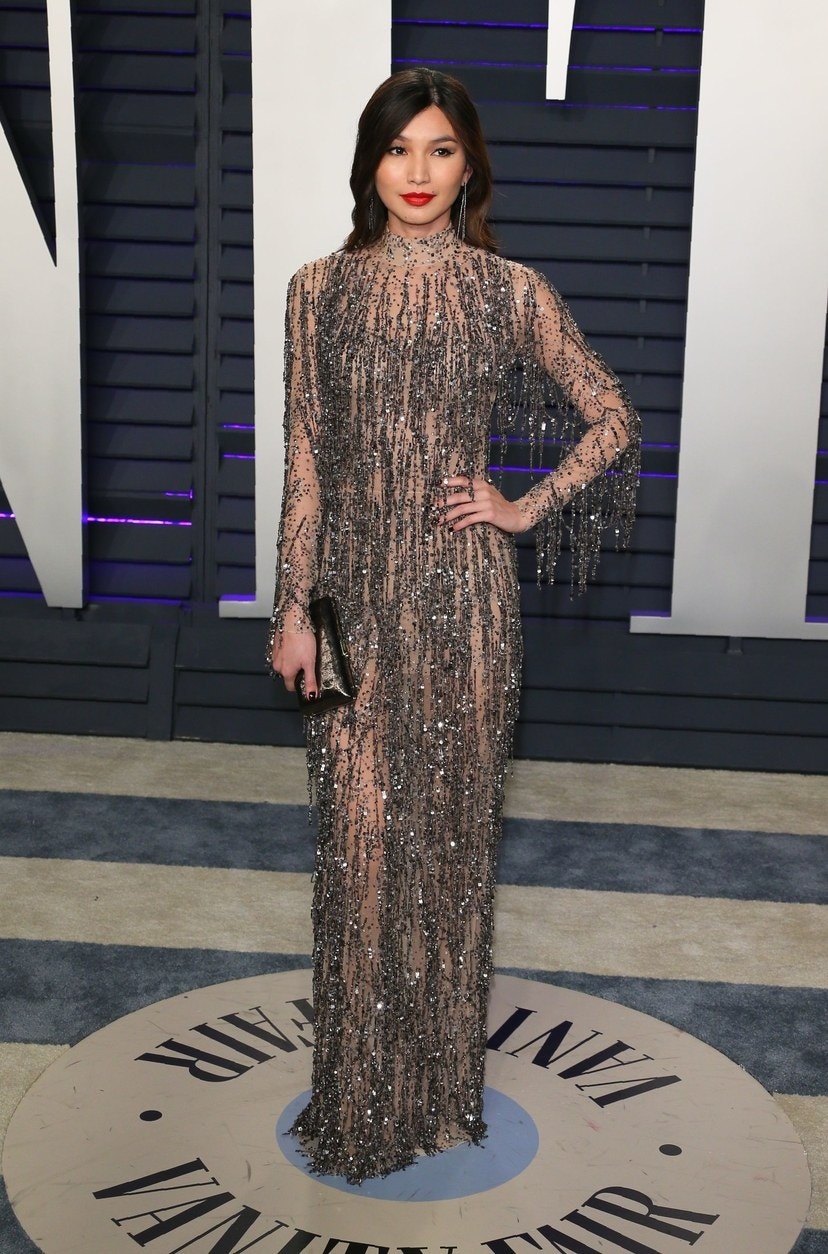 In Tom Ford for the Vanity Fair Oscars party, 24 February.

There’s a fabulously insouciant vibe to whatever the actor wears - even if it comprises retina-searing fuchsia Valentino haute couture, with a voluminous train and punchy silhouette (she wore it to the Oscars like it was a T-shirt). 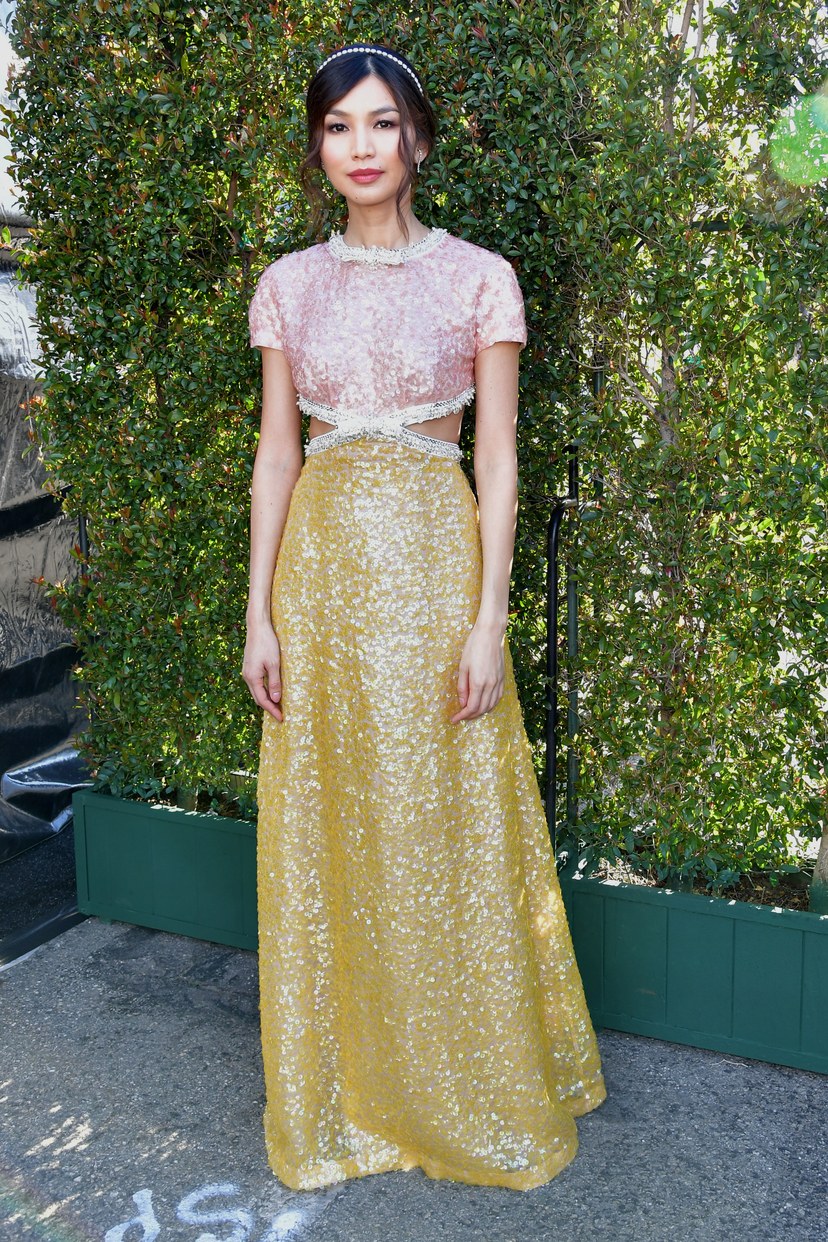 In Miu Miu for the 2019 Film Independent Spirit Awards, 23 February.

She may well be in head-to-toe sequins, but you feel she’d be up for a McDonald’s drive-thru at the end of the evening. 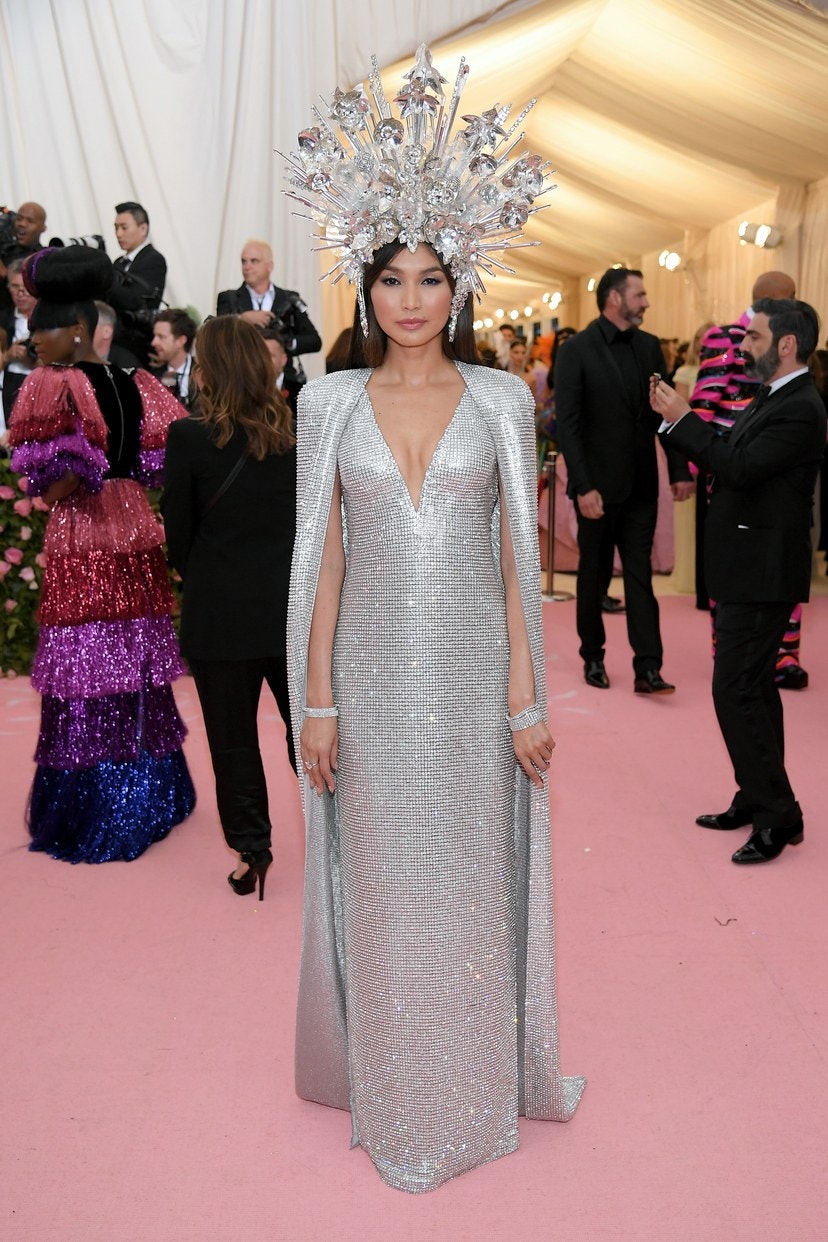 To conclude: relaxed red-carpet style is not easy to execute but, with the help of her stylist Rebecca Corbin-Murray, Chan is acing it. 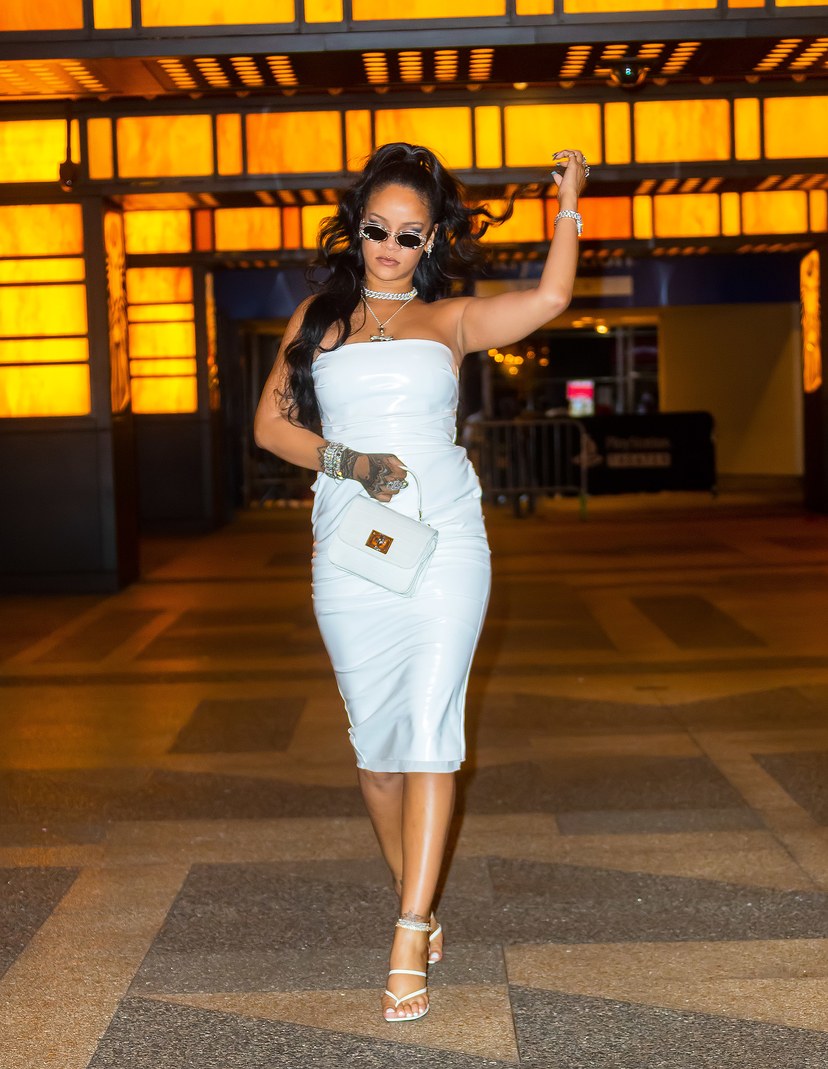 Rihanna and her stylist Jahleel Weaver have slam-dunked fashion hit after hit this year. 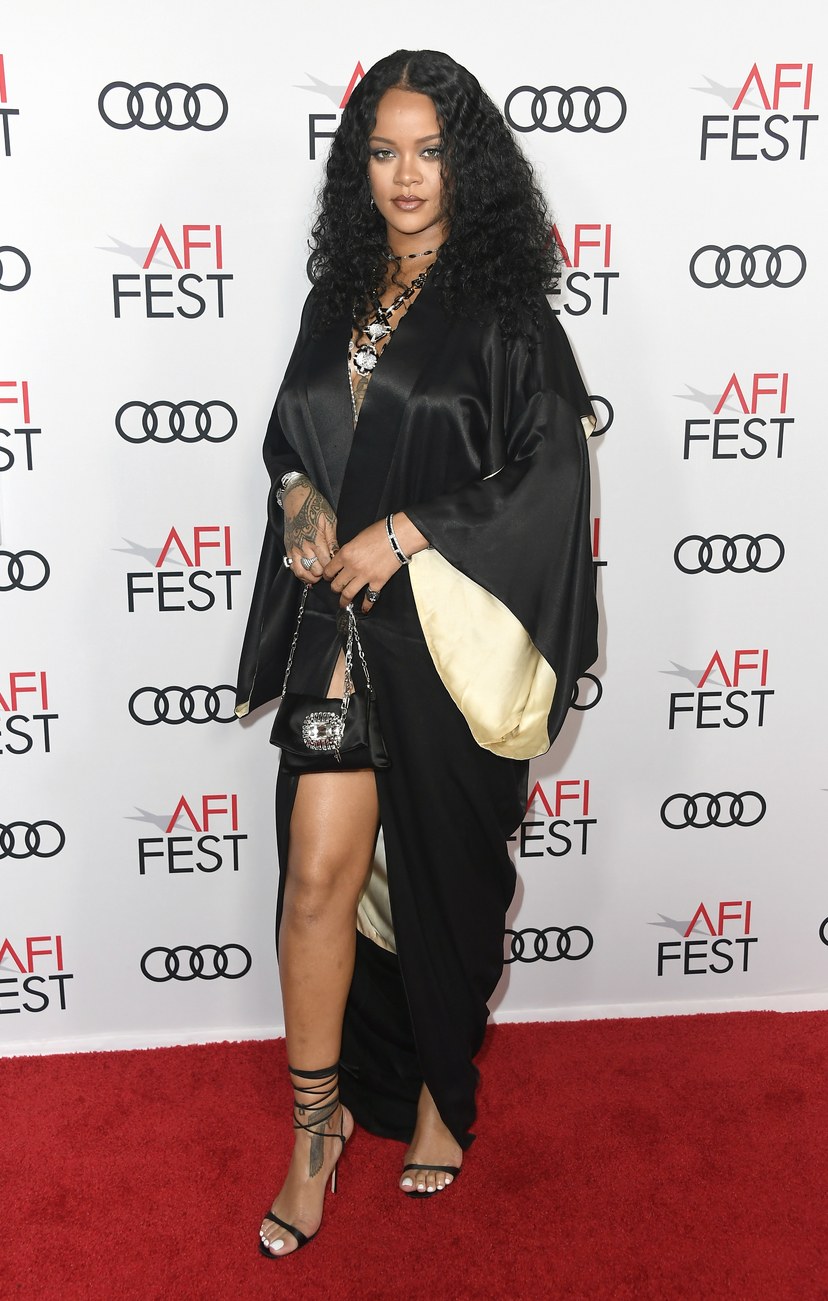 In between launching Fenty’s luxury ready-to-wear line - the first major brand LVMH has founded from scratch, not to mention the first fashion house to be helmed by a black woman - themusician-turned-mogul has found time to amass an extraordinary collection of Bottega Veneta accessories, as well as continuing to support a stream of emerging designers from around the globe. 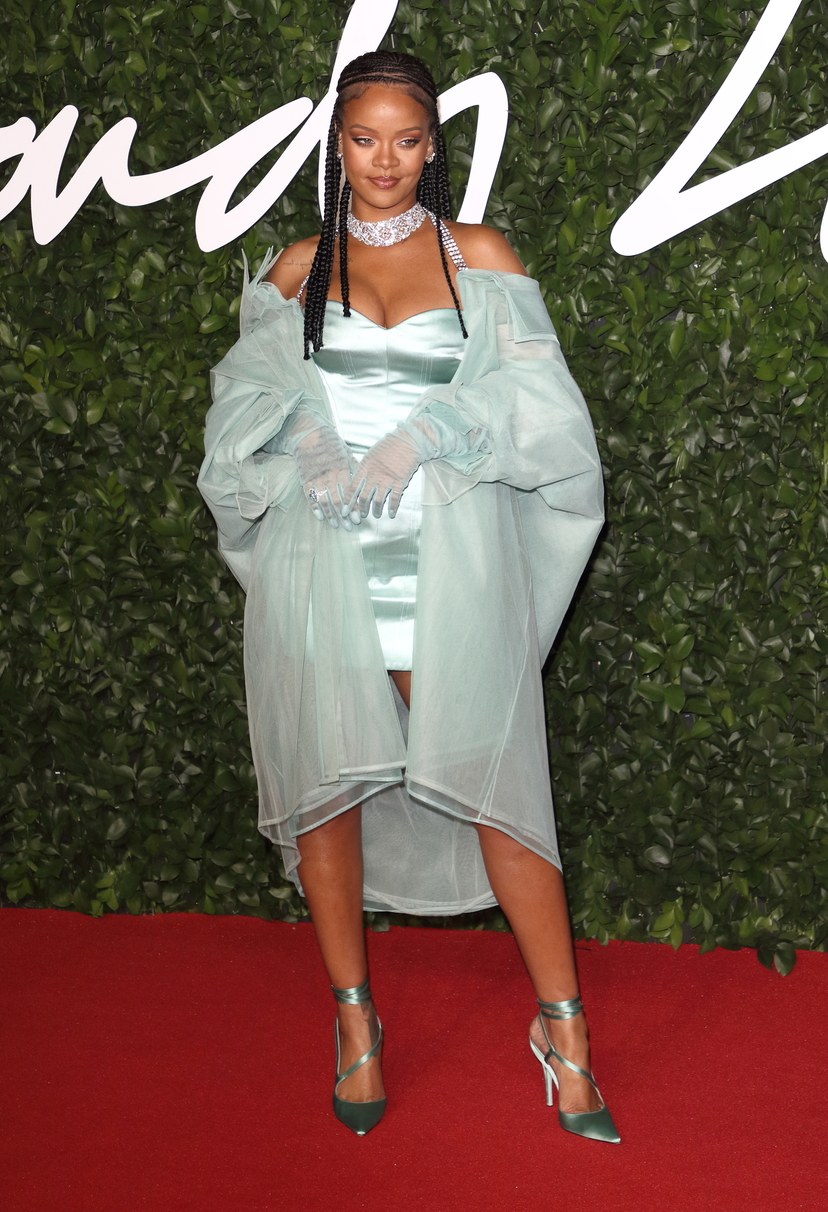 In custom Fenty at the Fashion Awards 2019, 2 December.

Back to Fenty: with countless mini-drops and a handful of bespoke personal creations, Rihanna has been her own best brand ambassador, keeping customers on their toes but retaining a sense of personability behind the businesswoman facade (we all know she has a healthy Balenciaga habit, despite the fact that the brand is backed by rival conglomerate Kering). 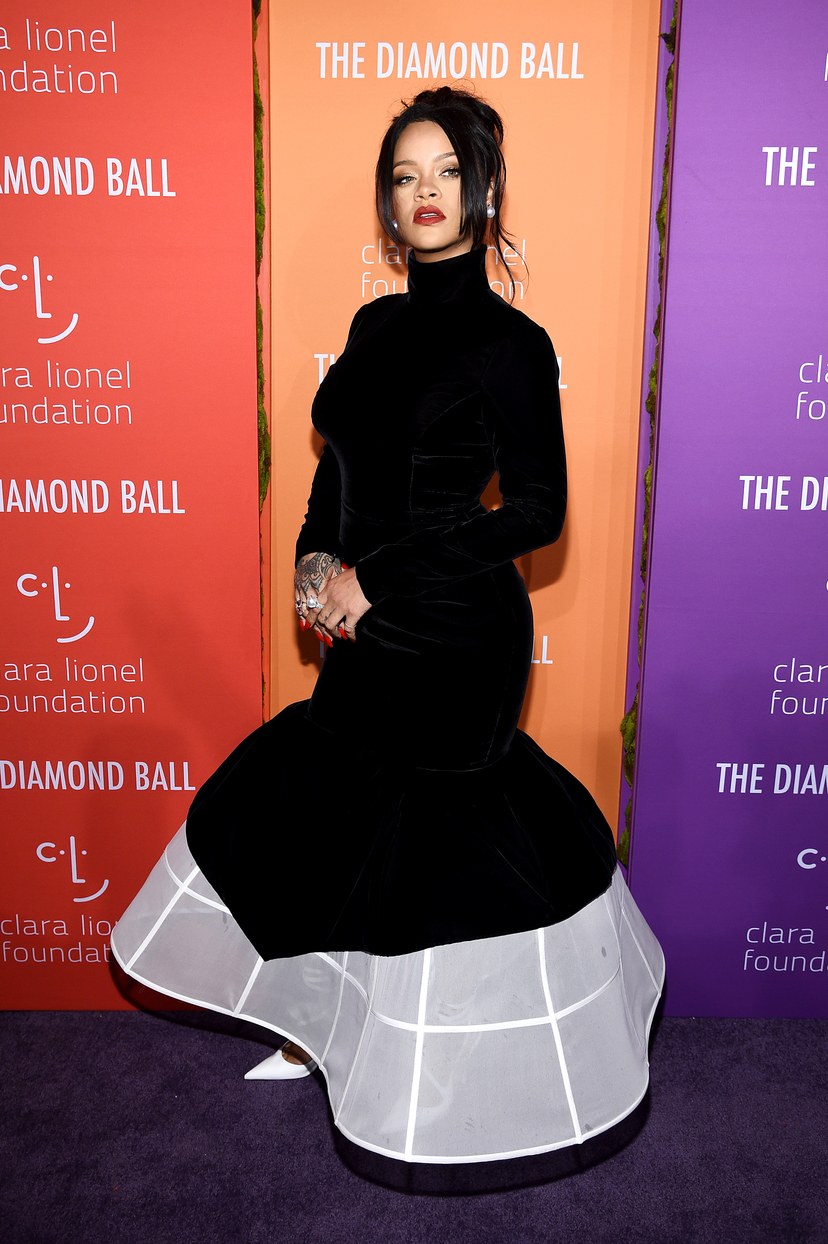 In Givenchy haute couture at the Diamond Ball, 12 September.

The Fenty juggernaut shows no sign of slowing in 2020, with an ASAI partnership reiterating precisely why she was crowned the Urban Luxe Fashion Award winner in December. 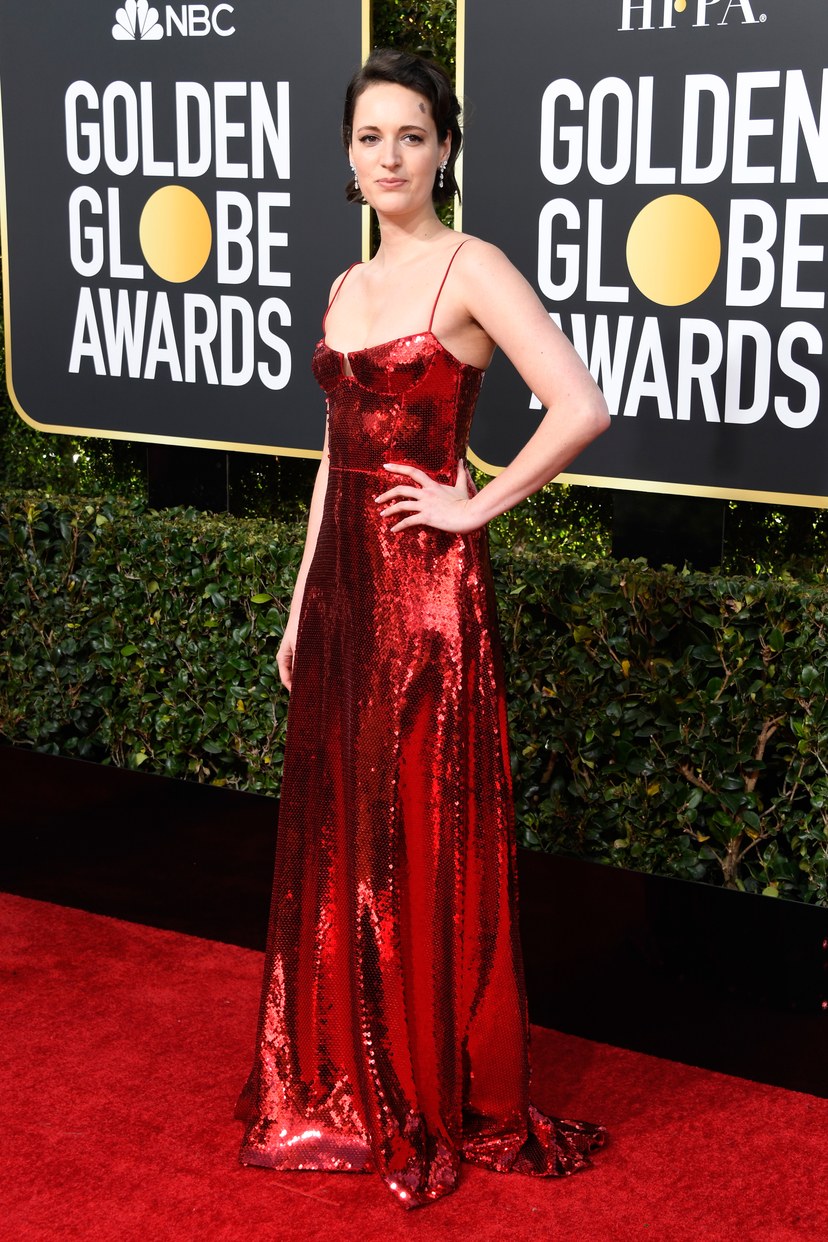 In Galvan at the Golden Globes, 6 January.

Sure, she penned and starred in the best thing on television this year, in the process rebooting the modern heroine template and persuading agnostics to pull up a (church) pew on Sunday morning in service of rating, with a view to dating, their local priest. 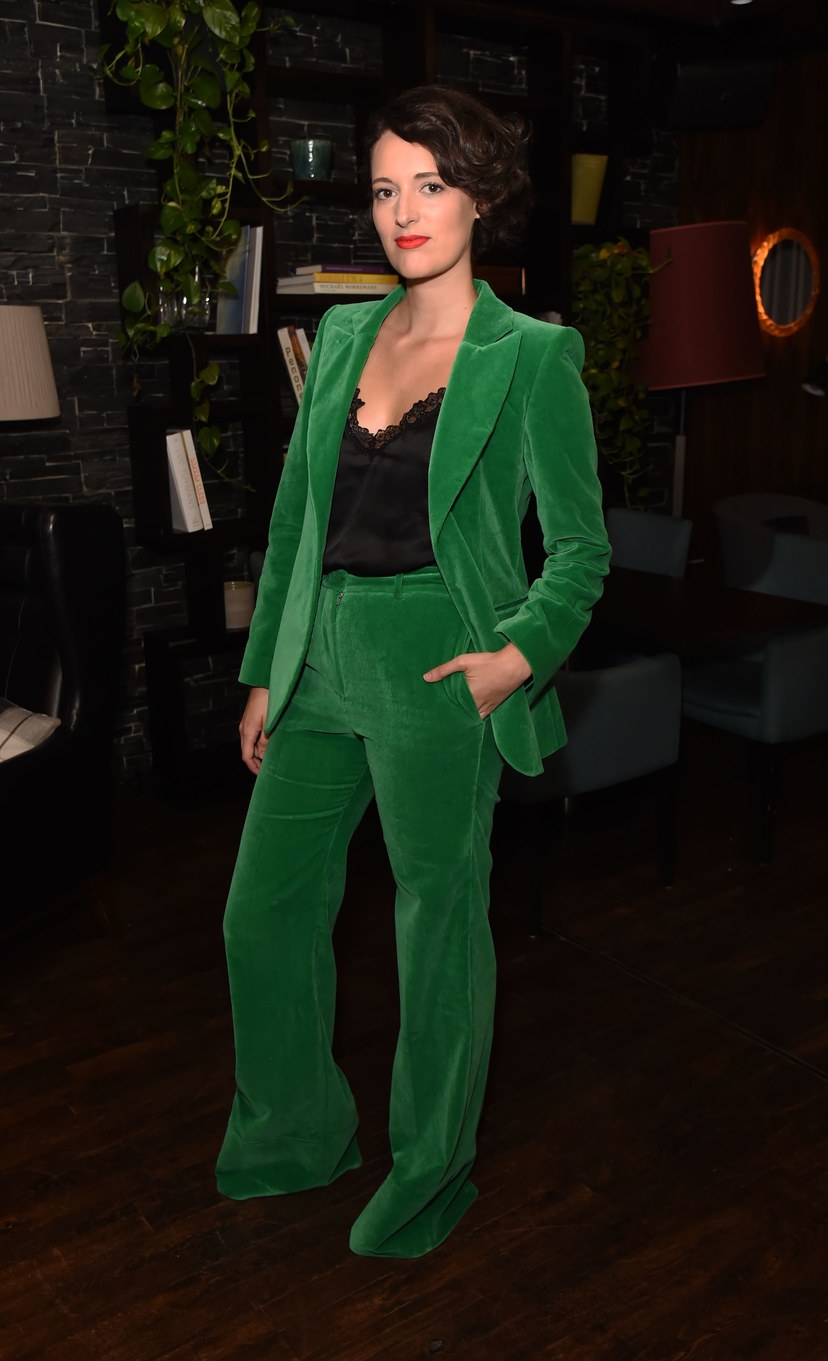 In Victoria Beckham at the after-party for Fleabag at the Century Club, 28 August.

Navy blue satin with a sprinkling of feathers? But of course. There’s been some princess dressing, too: butter-wouldn’t-melt Monique Lhuillier at the Emmys springs to mind. 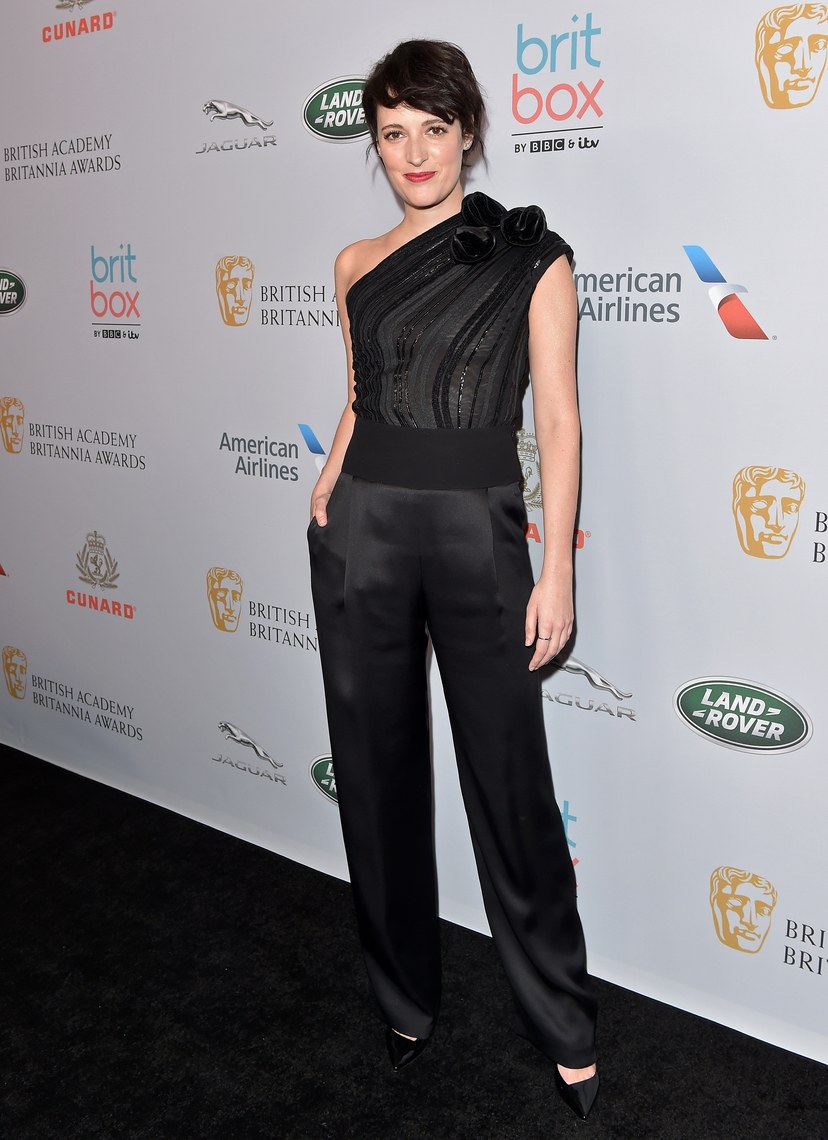 In Giorgio Armani at the 2019 British Academy Britannia Awards, 25 October.

But the one style we’re still eagerly awaiting? The return of the black keyhole-neckline jumpsuit that features in episode one of season two of Fleabag, during the dramatic family dinner. 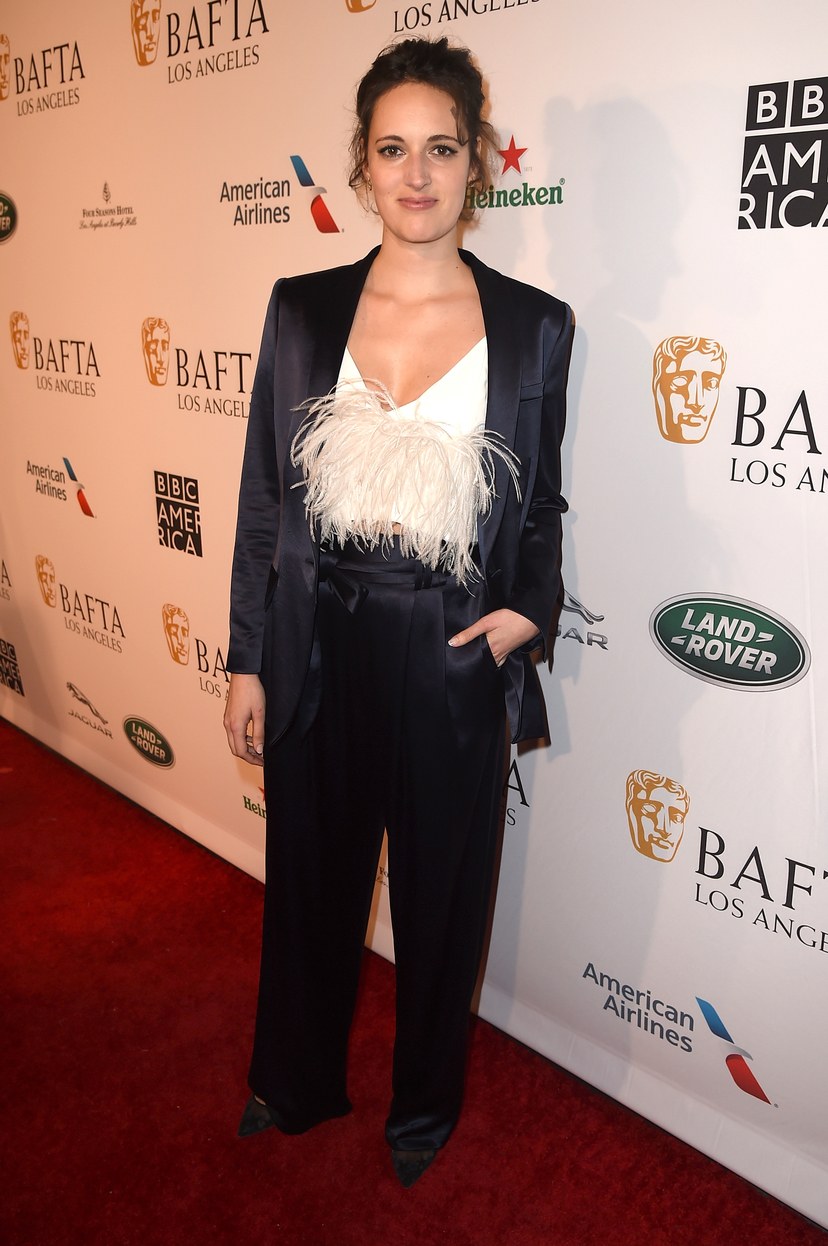 Purchased for £38 by costume designer Ray Holman from the Love concession in Topshop’s Oxford Circus store, it sparked a buying frenzy when the episode aired. Waller-Bridge has revealed that she still owns it - and she’ll wear it again. Watch this space. 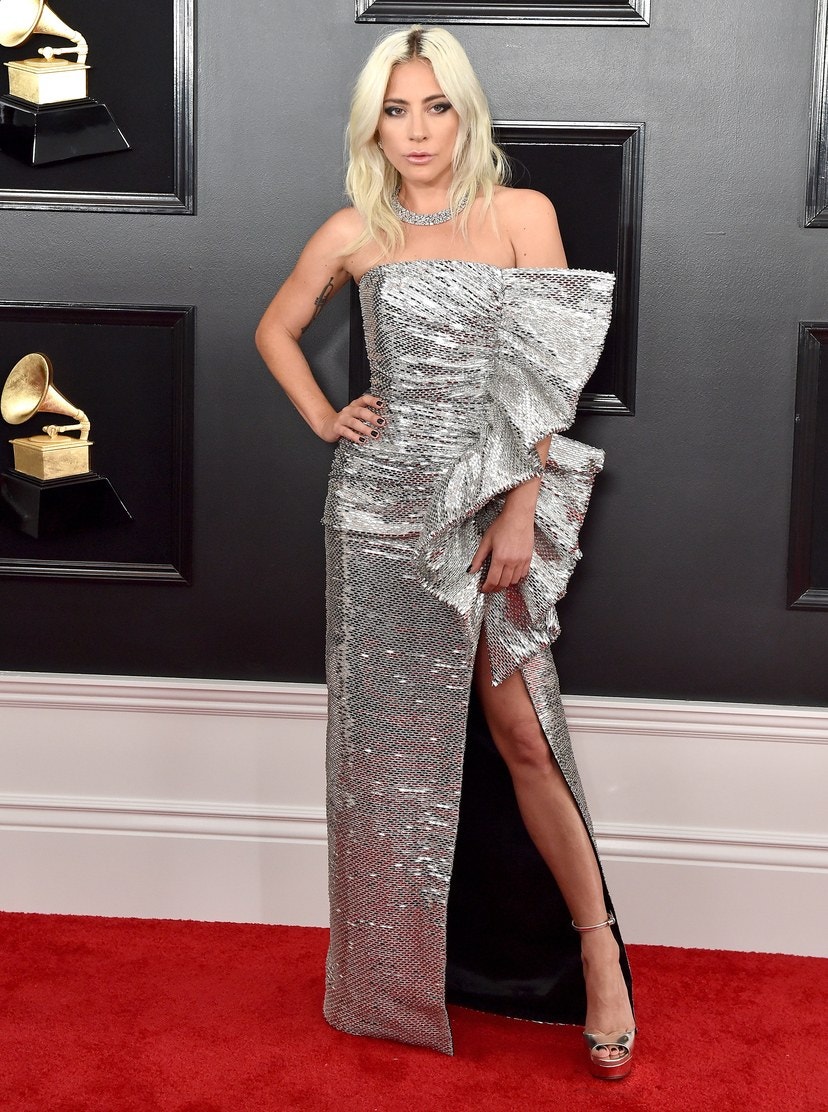 In custom Celine at the Grammy Awards, 10 February.

The dress of 2019? We’re calling it: a Valentino haute couture periwinkle gown worn by Lady Gaga on her Golden Globes debut. 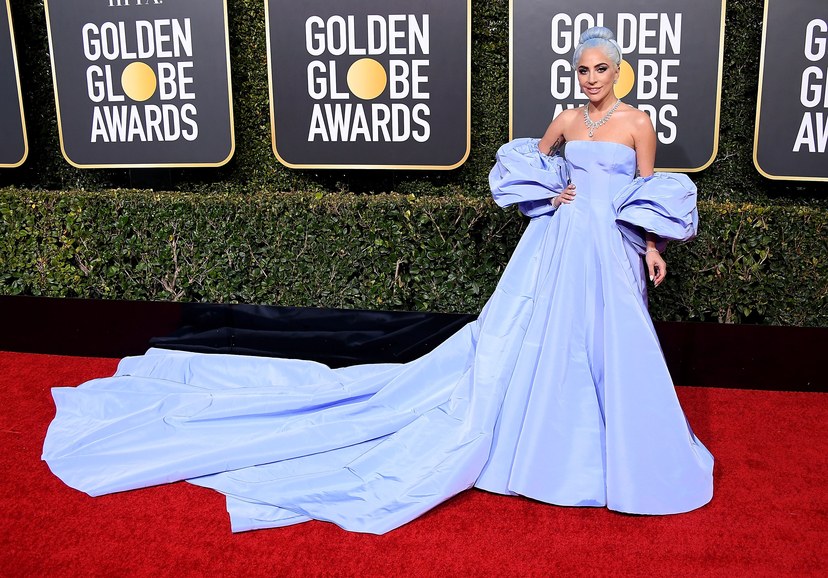 In Valentino haute couture at the Golden Globes, 6 January.

As awards season continued, the performer unveiled one blockbuster look after another, with the pièce de résistance comprising a Tiffany & Co yellow-diamond necklace – the exact stone Audrey Hepburn wore in the promotional pictures for Breakfast at Tiffany’s – with which Gaga offset her custom Alexander McQueen at the Oscars. 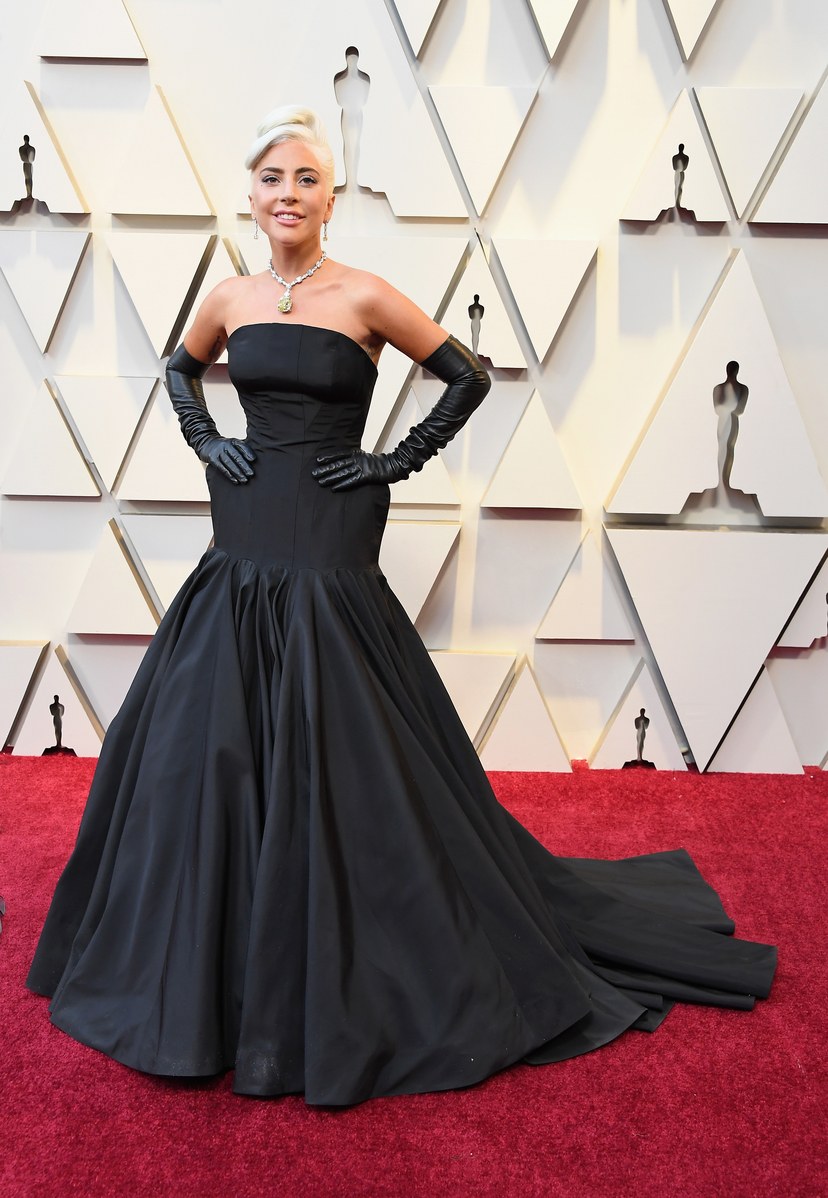 In custom Alexander McQueen at the Oscars, 24 February.

The sixth of May saw a departure from “Stefani Joanne Angelina Germanotta: the actor”, and a full throttle reverse into the “Haus of Gaga” glory days for the Met Gala. 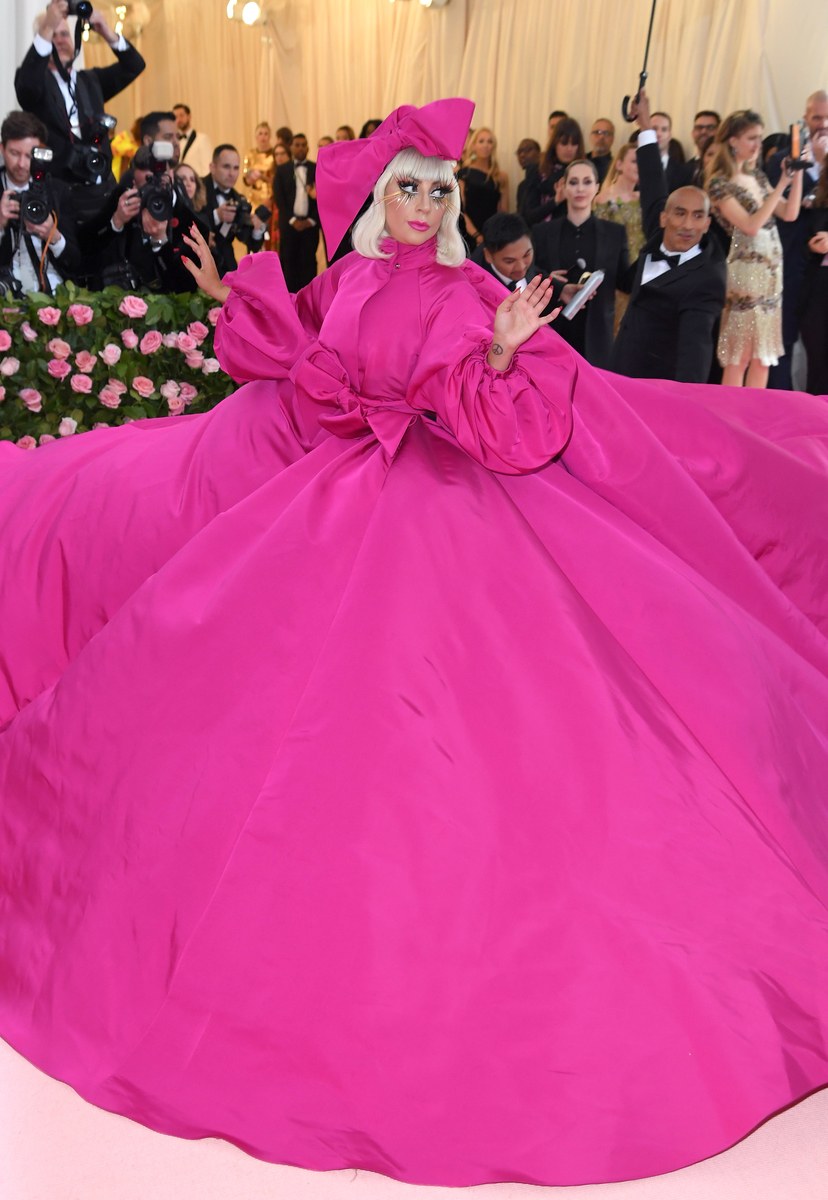 In custom Brandon Maxwell at the Met Gala, 6 May.

The co-host made four outfit changes courtesy of Brandon Maxwell, who was the performer’s principal stylist between 2012 and 2018, and who was also responsible for the dress she wore to perform a duet with Bradley Cooper at the Academy Awards. Oh, how we swooned.

In a Mansur Gavriel coat and Dorothee Schumacher top and skirt at The View, 28 March.

Consider the Hollywood megastars who truly “express themselves” on the red carpet, and you’ll struggle to find one so dedicated to the pursuit of sartorial verbosity as Lupita Nyong’o. 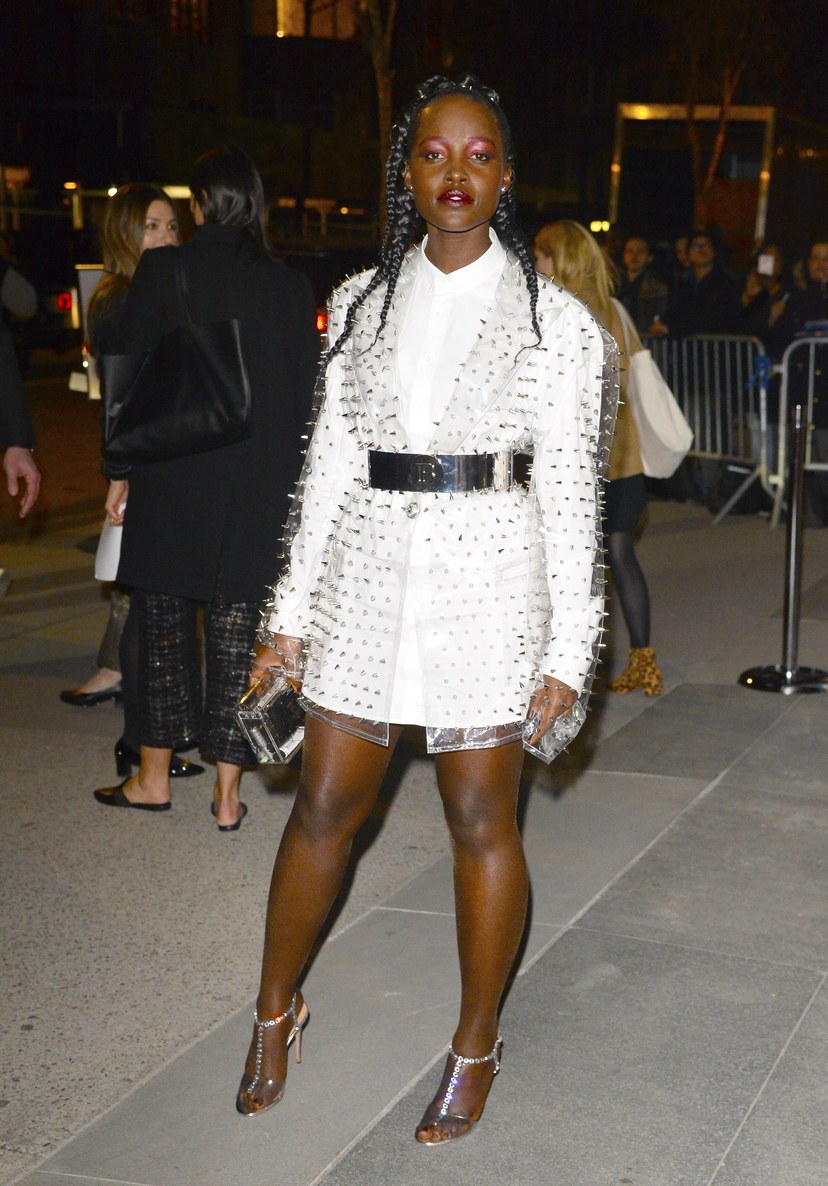 In a Mansur Gavriel coat and Dorothee Schumacher top and skirt at The View, 28 March.

That’s a good thing: in an era when billion-dollar brands tether celebrities to lucrative contracts, condemning them to a lifetime of peach embroidery when they’d really rather be in a slick black column gown, it’s refreshing to see a star playing by her own rules - and having a ball in the process. In Bande Noir jumpsuit and a Mackage coat on the “The Late Show with Stephen Colbert“, 18 March.

This year we’ve discovered that Nyong’o can wear literally any colour in the Pantone spectrum and look sensational, that she’s not afraid to do a bit of “method dressing” (see her Balmain AW19 look for the press tour of the horror-thriller Us, inspired by Patrick Bateman) and that she really likes citrus-bright, boxy-shaped handbags. 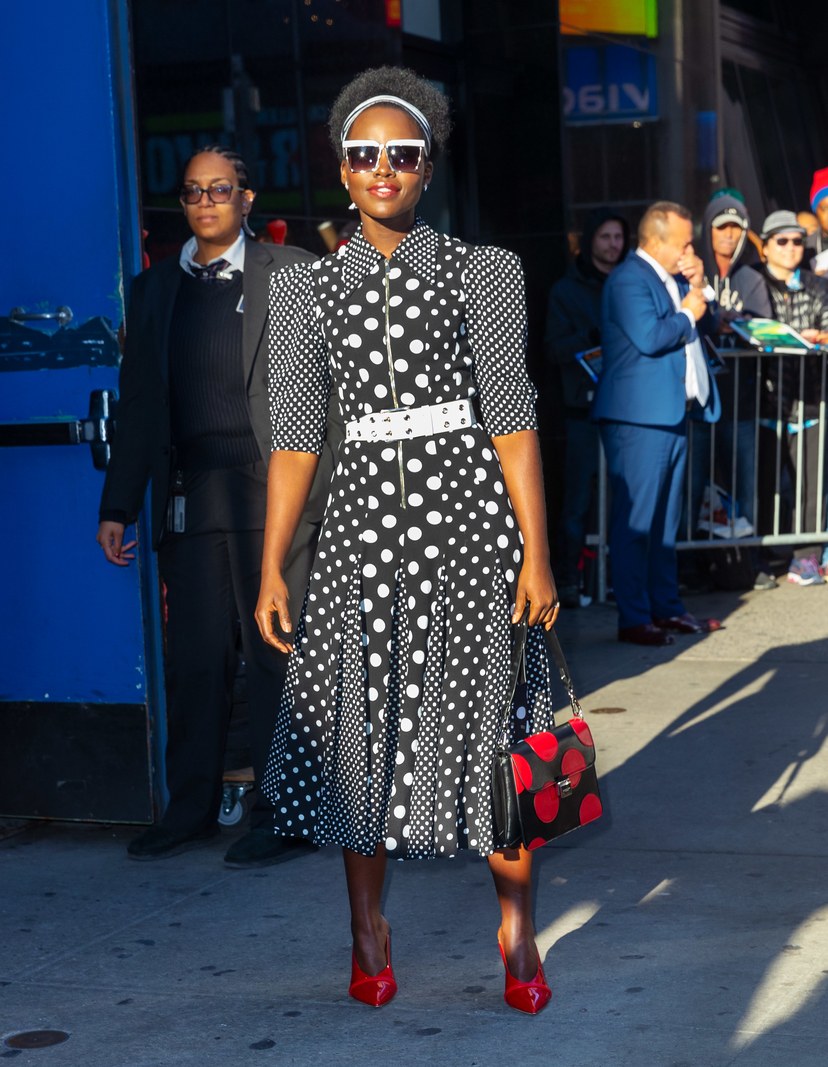 And don’t get us started on those mighty morphing power hairstyles.

7. The Duchess of Sussex 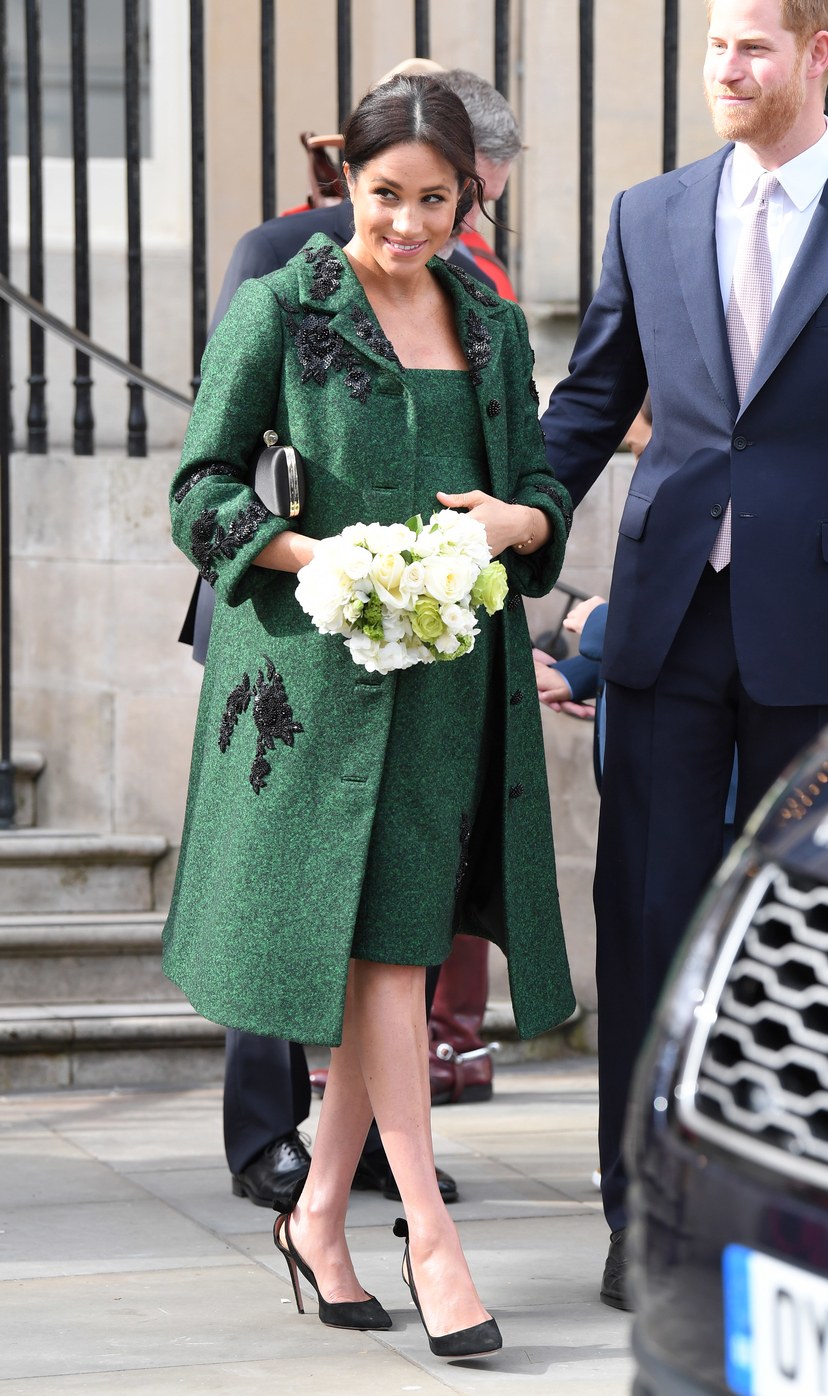 In Erdem at a Commonwealth Day Youth Event in London, 11 March.

This has been a landmark year for HRH the Duchess of Sussex. 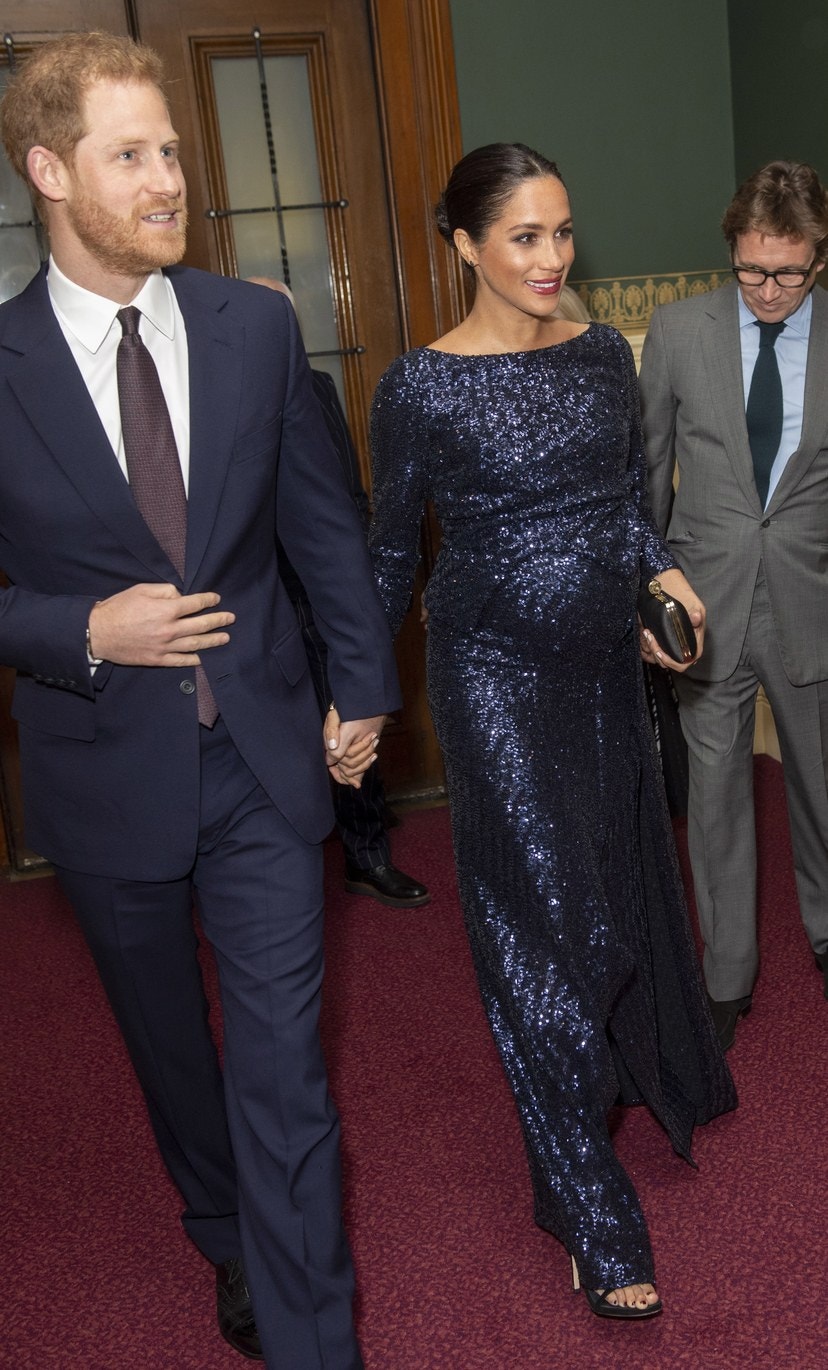 In Roland Mouret at the premiere of Cirque du Soleil’s “Totem” in London, 16 January.

Having married last year, Meghan and Harry split from the Cambridges to form an independent royal household, bolstered by the birth of baby Archie, before lifting the lid on what goes on behind closed doors. 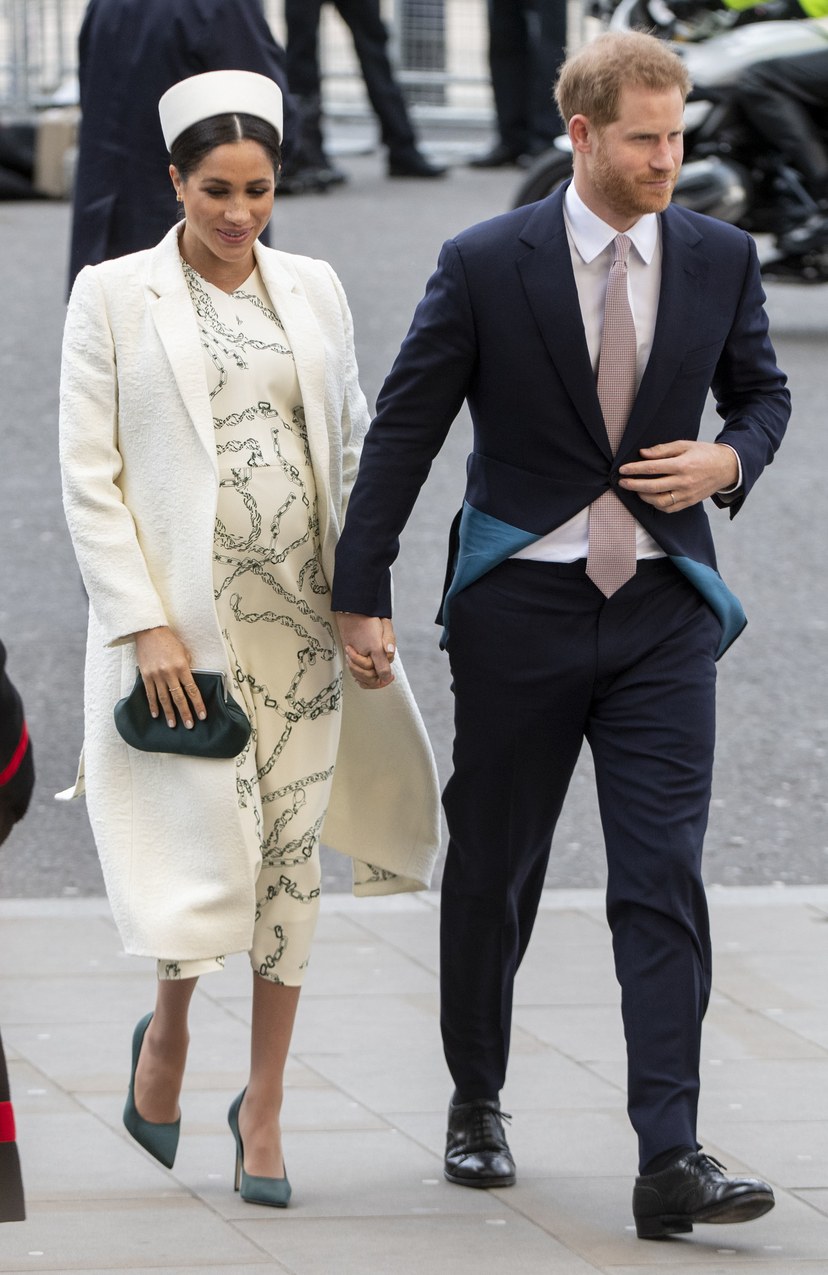 In Stella McCartney at the Commonwealth Day service in London, 11 March.

Guest-editing British Vogue’s September issue, christened “Forces For Change”, the Duchess highlighted a raft of inspiring female changemakers, placed the focus squarely on sustainable fashion, and consequently launched a capsule collection in collaboration with the charity of which she is patron, Smart Works. 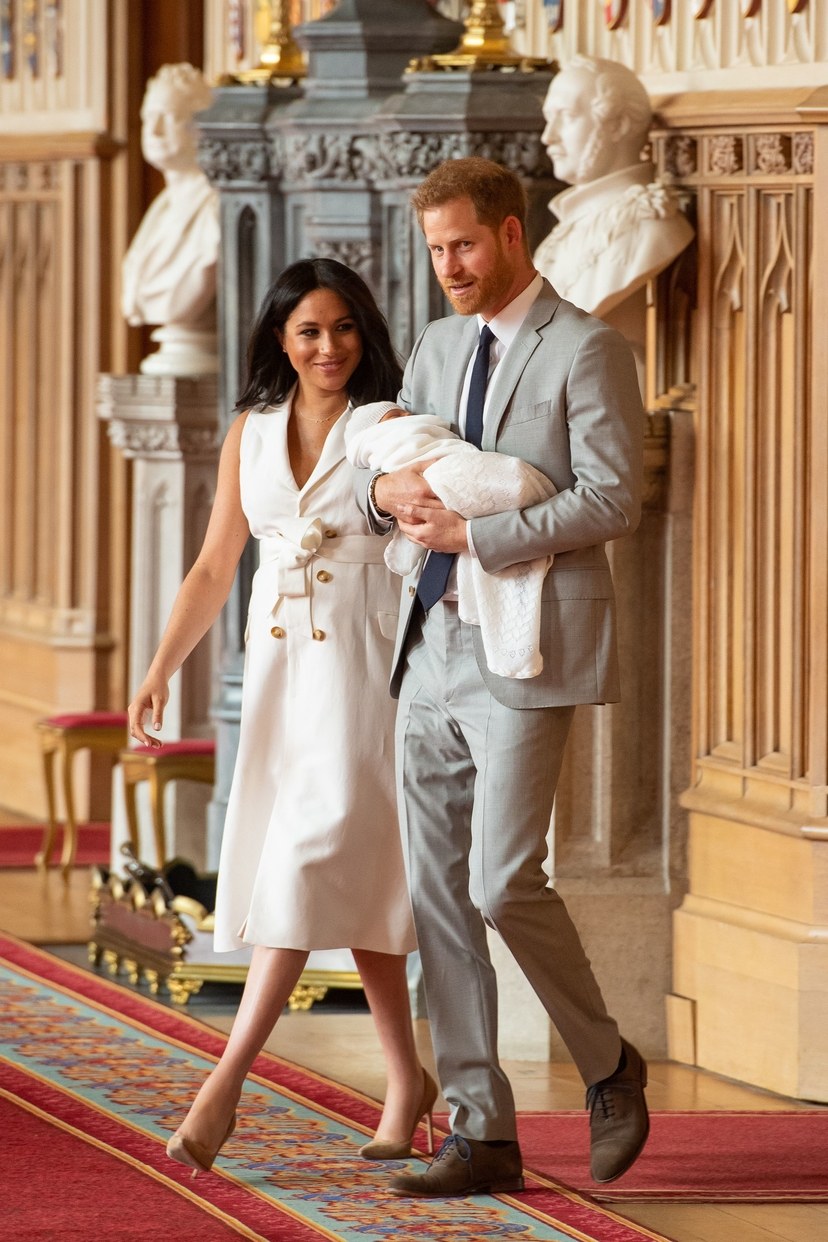 In Grace Wales Bonner at the Windsor Castle photocall for Archie Harrison Mountbatten-Windsor, 8 May.

Her streamlined, considered wardrobe is emblematic of a woman who epitomises modern-thinking royalty.

Content created and supplied by: AmandaChinda (via Opera News )