By Yourfavoriteparrot (self media writer) | 9 months ago 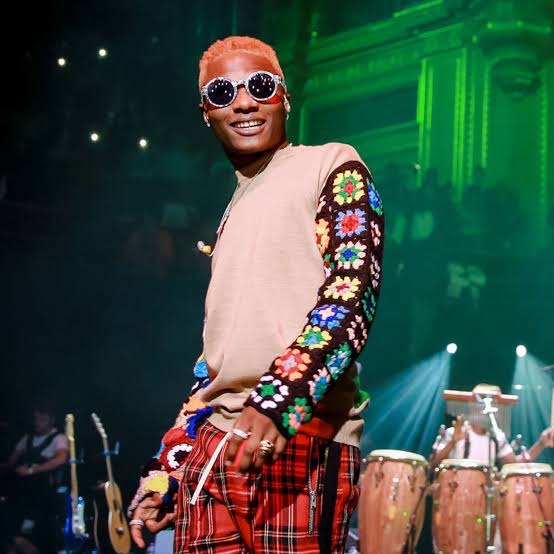 Joro was released in 2019 alongside Ghetto Love, but Wizkid decided to give Joro more promotions than Ghetto love, although the two songs are doing well on all streaming platforms. And the release of the song, the song has set many personal records for Wizkid and also become the second-fastest song in Nigeria to hit 100 million views after Burna Boy’s music. 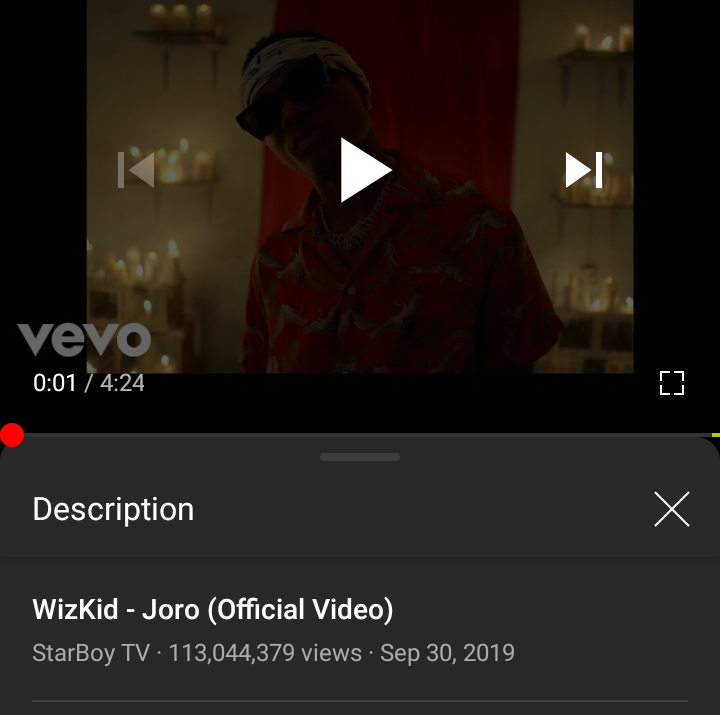 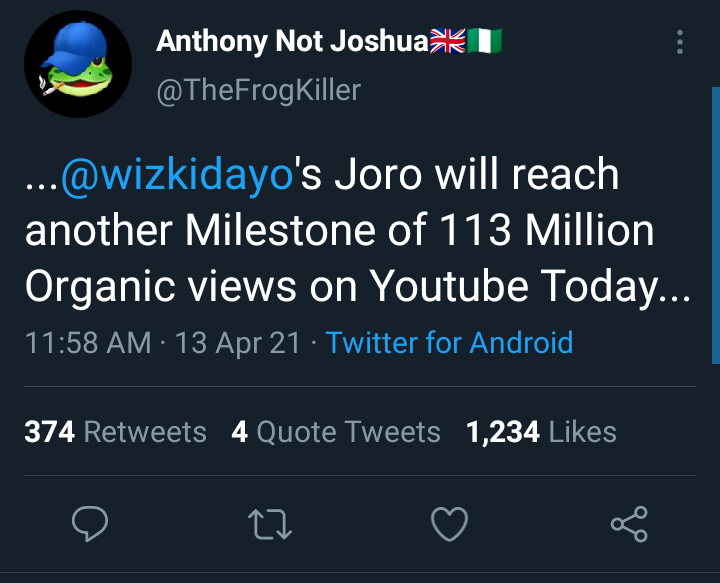 The YouTube account tweets “So sick, what an achievement” this comment has drawn many reactions from Wizkidfc as they are boasting that you can only get the praises when you don’t buy views as long as you have organic views. 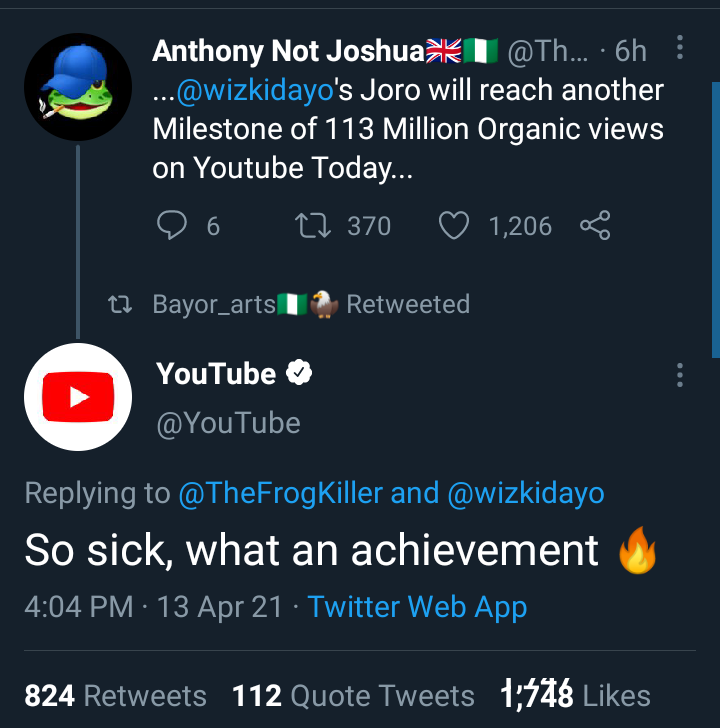 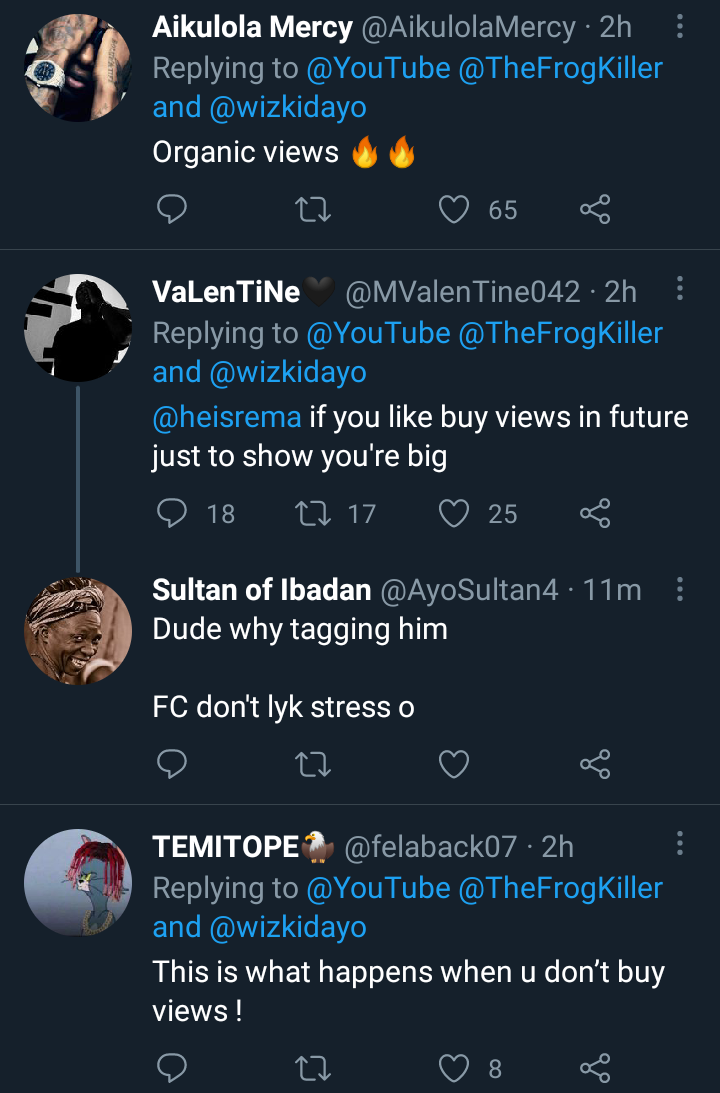 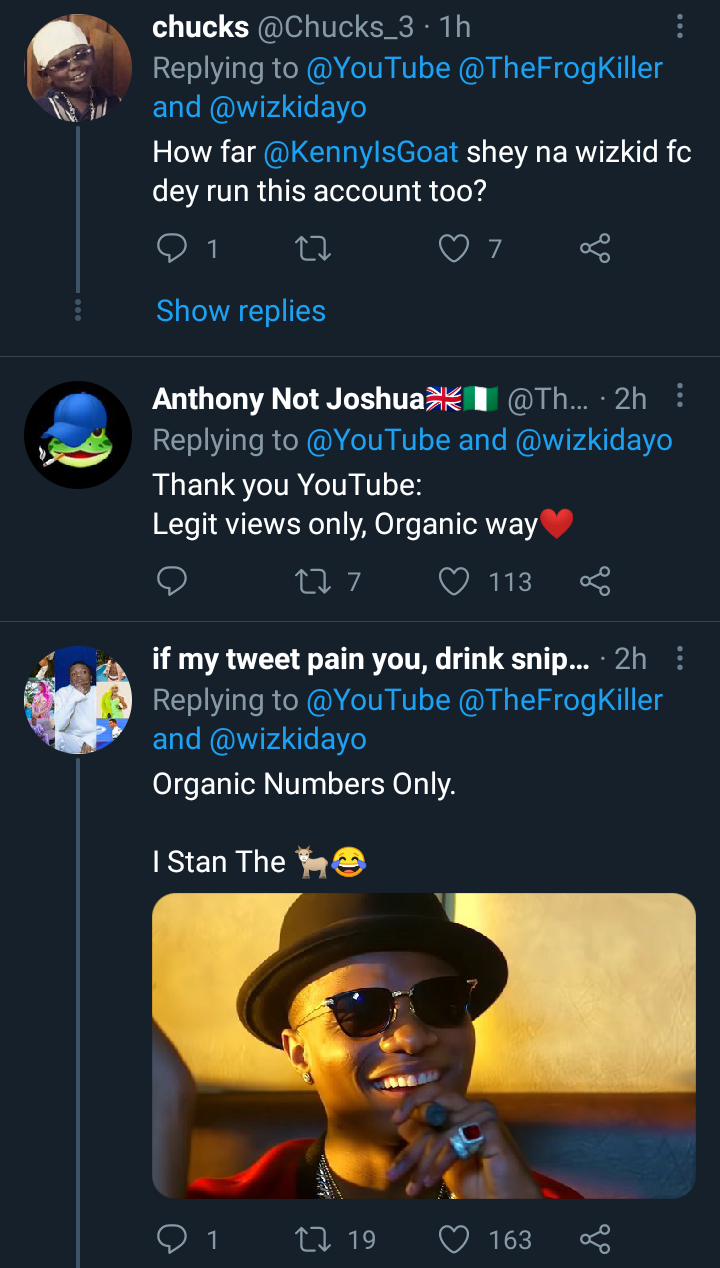 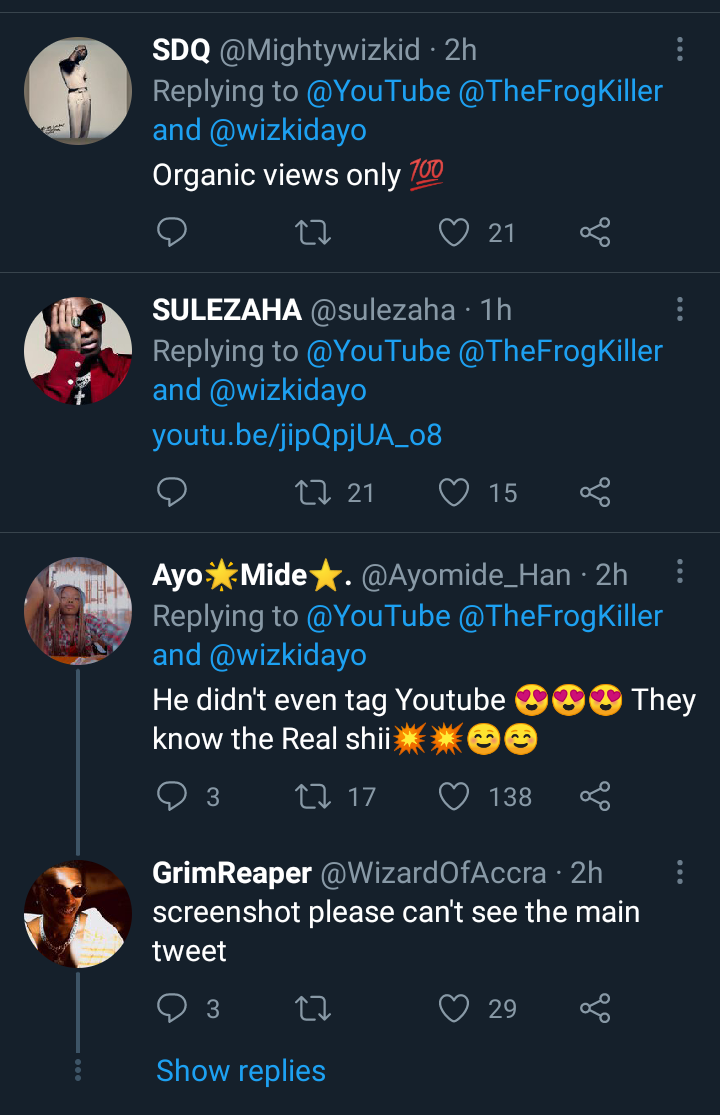