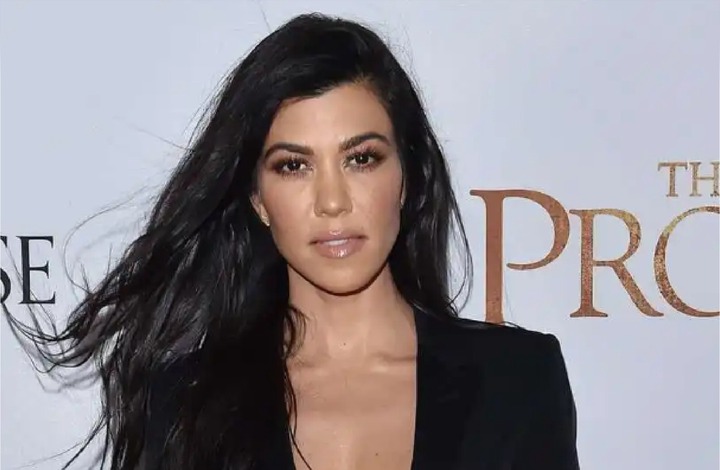 Reality Star Kourtney Kardashian has just posted some lovely pictures on her Instagram page today. She posted the pictures looking stylish and classy with the caption:

"I love you more than yesterday and less than tommorow" 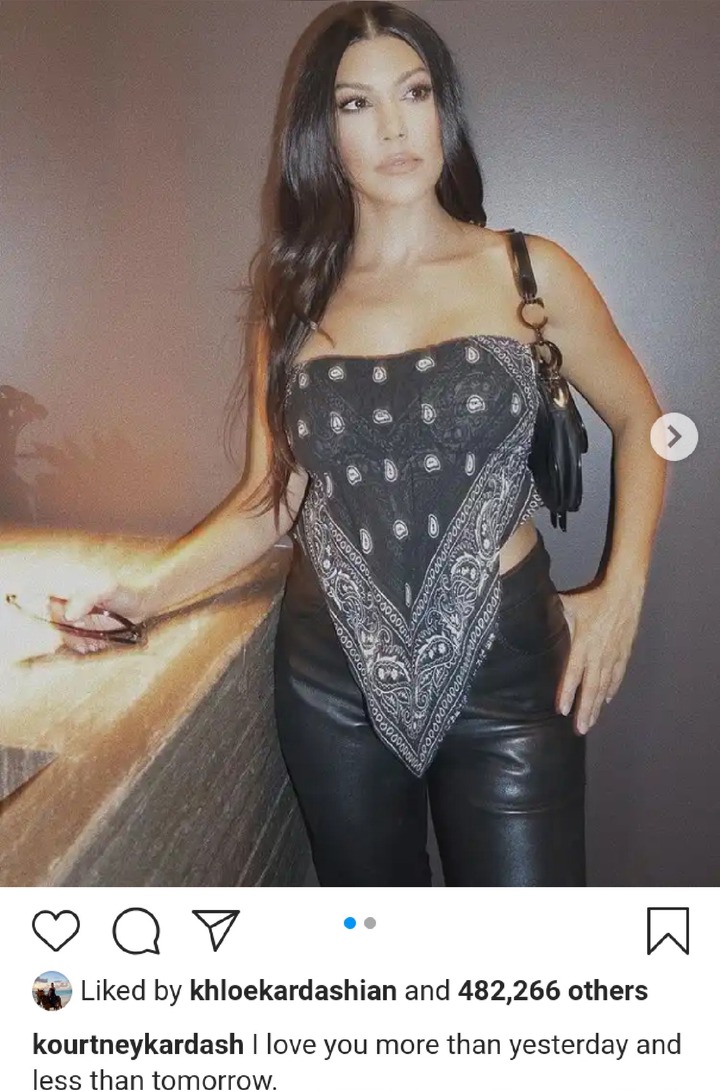 Below are the lovely pictures Kourtney posted one her Instagram page: 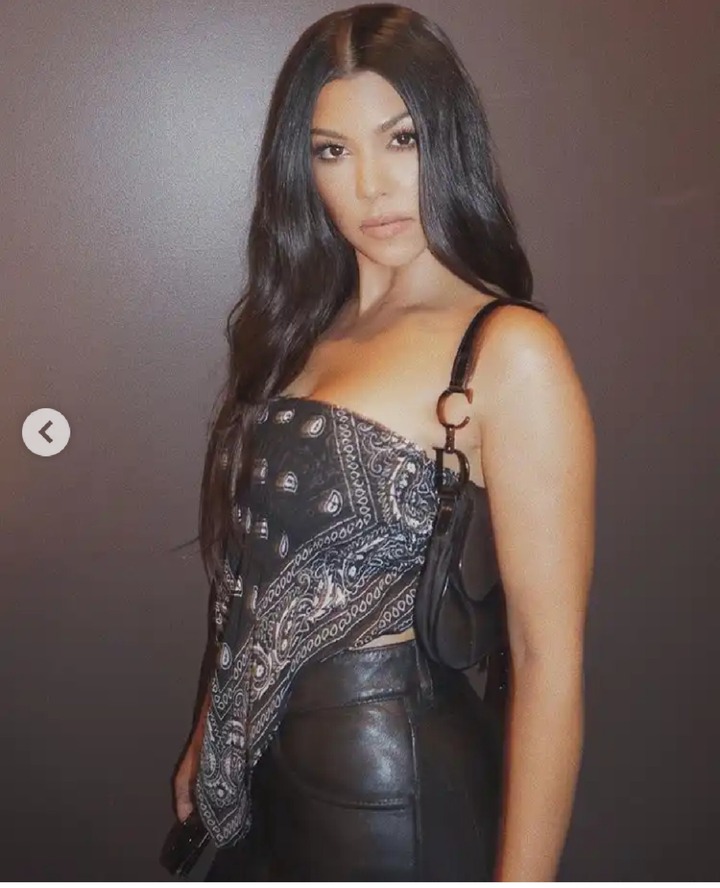 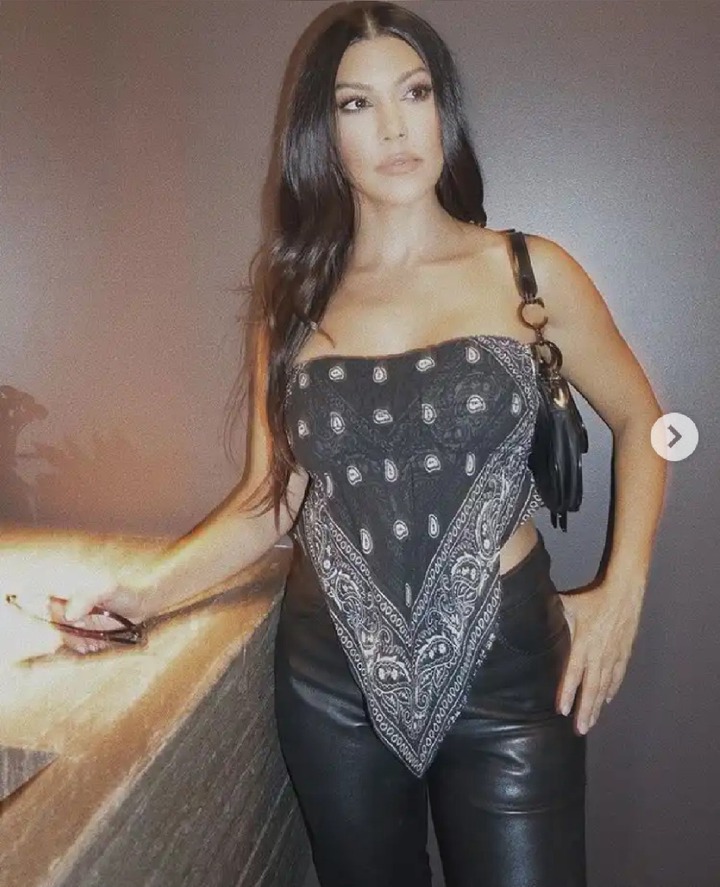 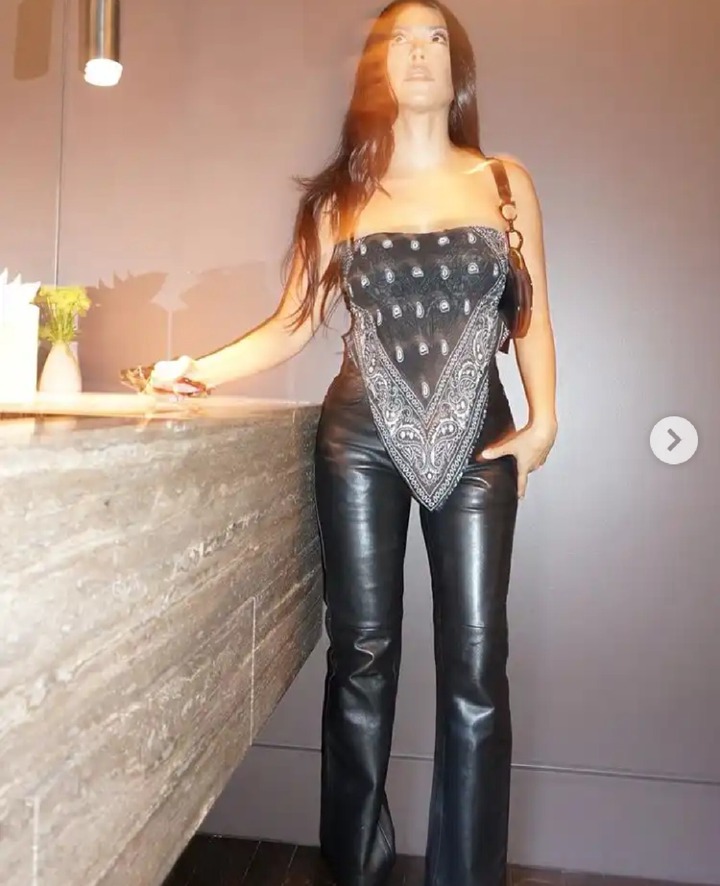 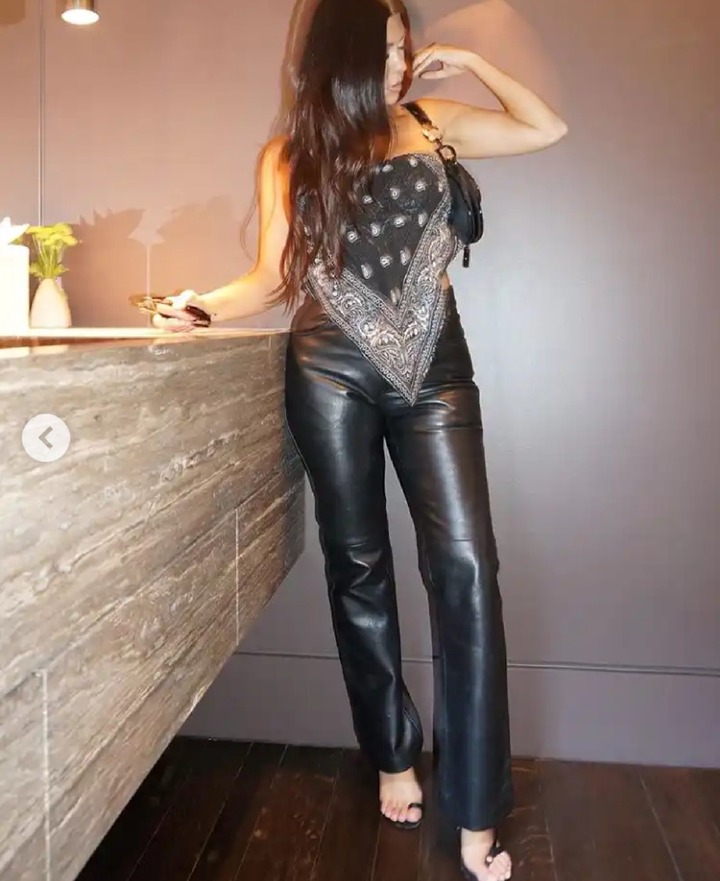 The reality Star who was born April 18, 1979 is also a socialite and model. She came to prominence In 2007, when she and her family started their own reality television show series titled;  Keeping Up with the Kardashians. The reality show became a success due to the presence of her more recognized sister Kim Kardashian. The success of the reality series led to the creation of spin-offs including Kourtney and Khloé Take Miami which involved she and her younger sisters Kim and Khloé and  Kourtney and Kim Take New York City, which also involves her sisters. Kourtney is also involved in the retail and fashion industries as she and her sisters have launched several clothing collections and fragrances. She also added more feathers to her cap when she released her book Kardashian Konfidential in 2010. Kourtney expanded more when she launched her website called 'Poosh' in early 2019.

Kourtney and her Sisters are Superstars in the reality show business as they are very popular on social media. They are paid by companies to endorse their products such as waist slimming pants, beauty products and prescription drugs and they are paid as much as $75,000 and $300,000 per post on their Instagram, Facebook and Twitter account handle. The soft drink giant Coca Cola also patronized them and paid handsomely for their products to be advertised on their social media handle which is a great achievement for the sisters.

Kourtney's love life is also bared on their reality show as she dated Scott Disick since 2006 and ended the relationship in 2015. She has three children for Disick whom are; Mason Dash born in December 14, 2009, Daughter Penelope Scotland born July 8, 2012, and the third a boy named; Reign Aston who was born in December 14, 2014. 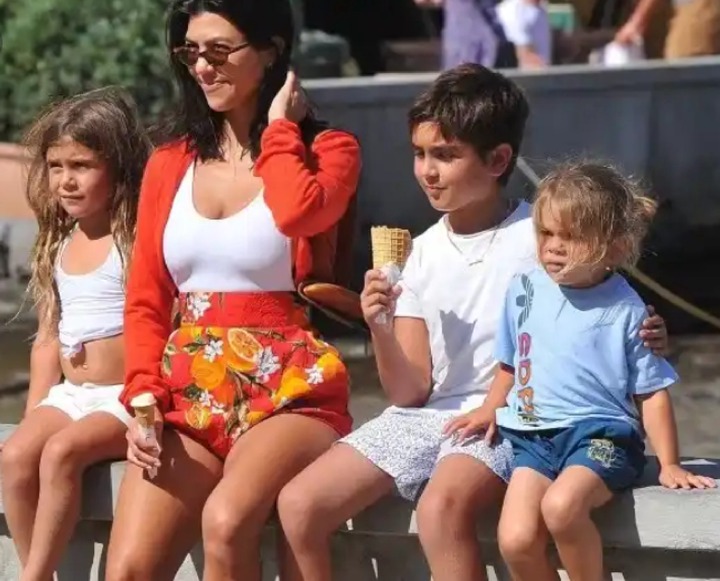 Kourtney's on-again,off-again relationship with Disick was shown on keeping up with the Kardashians and other spin-offs. Kourtney's life which includes the pregnancies of her three kids, their births, was featured on the world recognized reality TV series which has made them one of the most popular and recognized family in the US thereby fetching them Millions of Dollars. The reality TV series Keeping up with the Kardashians will be discontinued next year.