When we started Drama Ministry we couldn't afford to rent a room, our children dropped out of school

By Dosfem (self media writer) | 2 years ago 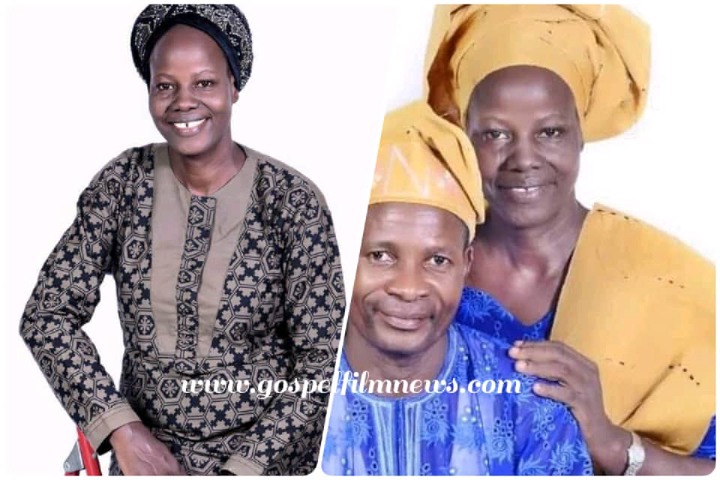 Evang. Idowu Oluwaferanmi is popular face in gospel movies, her face is part of the faces that defined gospel movies in Nigeria. Her fluency in Yoruba language serves as tutorial to array of people across board. Many admirers of Idowu Oluwaferanmi knows and want to associate with her glory but are not aware of the story behind the glory. In an exclusive Interview with Gospel Film News correspondent, Damilare Daniel during a show known as "The Mentor's Show," Oluwaferanmi disclosed some of the challenges she faced when she joined the ministry, amongst others. Excerpt:

I am a child of God from Ibadan, Oyo State, I attended all my education in Ibadan both primary, Secondary and tertiary. By the grace of God I am married with three children, once upon a time I was a secretary because I studied Secretary Studies in school, I am a minister of God.

How did your journey in acting started?

I started from my primary school when we were doing entertainment, I acted on stage when I was in primary school, I later joined the secular group even when I was in primary school but by the time I accepted Jesus Christ as my Lord I had dropped the group because of the way they behave in that part of the world. So I had to drop in April 1987, as a young convert I was given a brother to follow me up, by the grace of God that brother is my husband today and that brother has a vision to reach out to souls through drama and they made an announcement that who will want to join, in fact, I was the first person to join the group and the brother had a revelation that God will use me in that group. We started the ministry together that was 1988 and our first ministration was in our church during the Easter period when we went to a village at igbo elerin.

When was the first time you featured on screen?

On screen as a Drama Minister? March 13th 1980 that was as a dramatist but as a gospel minister, it was 1989 with title “ifarahan niwaju Satani lekeji”.

Can you tell us you experience in Abejoye movie?

Firstly, I want to thank God for His grace because it is not of he that run but of God that shows mercy, so I thank God for the grace he has given unto me and I also want to thank God in the life of daddy Mike Bamiloye for the privilege. In the first season we were just three that acted from Nigeria here; bro Isaac Akintunde of mount Zion, sister Nike Owah and myself, so I really appreciate that privilege from daddy. It was about two or three days before the location I was given the script so I had to consider every other thing, when I got to the his house where the location is to take place, naturally during location they will be people around as if they are doing party but, when I got there nobody was around apart from me and he was just coming in because he had a ministration that day and I was like 'daddy nobody is around and you said we are doing location?" he said who else do you want to see, you are only acting with me and bro Akintunde who is on his way that's all and Damilola who was the camera man said a short movie by daddy and daddy said who said it's short.

Have you ever acted with your husband before, if yes how did you feel acting with him?

Of course we have acted together many times even with our children. When we are on set, we know we are acting and you have to mind your role, it's very easy for me to relate with him.

Because of your depth in Yoruba language, do you have problem with some scripts that are not well written?

Very well, even our typist do know how to type Yoruba language script, even when you write a good Yoruba and you give it to them, if you did not proof read it, you will not know they type nonsense. As a secretary i know many of our typist don’t know how to type Yoruba and many that also write give wrong proverbs, so many times on location I had to correct the script and some also ask me if the proverbs are correct and I will correct it if is not.

What are the challenges you faced when starting your ministry and how did you handle them?

There are many challenges we faced, you know when drama started, it wasn't generally acceptable that was the first challenge and thank God for now. Then people see you that you are useless, my husband and I were not accepted when starting even we don’t know where we were going, it was so bad that we could not rent a room, the children were even drop out of school but thank God all of them are educated now. When our landlord then knew I was also resigning from work to join my husband as full time drama ministers he gave us a quit notice and God asked will my job be controlling His own job.

I will encourage our daddies that if God is calling you into full time ministry, pray that the Lord will convince your wife too. During that period I was not even complaining because I know what God was doing with us, even when there was no food I always tell my children the promises of God for our lives, and my daughter will say; mummy don’t worry if you had many children we will think you are just making us to suffer and we are not more than this so I know it's God that is doing something with our lives and you will also see what He is do for us. So God helped us during that period and faith in His word and His promises kept us.

Has anyone come to you that want you to mentor him/her?

Yes, by the grace of God we have many brothers and sisters we are mentoring and they are still coming.

Describe when you make a mistake and how did you rectify it?

Must joining the drama ministry be a calling?

I will answer it in two ways: I am a Drama Minister called by God, God gave me the mandate. The mandate is the issue, before I became a minister I was a child of God but for those that are not called, there are many ways you can serve God we have people in song ministry and many more and there is no child of God that should be idle, if you have the grace you can do it but the end justify the means.

Can you advice all drama ministers?

I will advice all our people that they should focus on what God has called them into, we should not do what God did not call us into even in drama there are many aspect in it: drama tract, technical e.t.c. you too can start in your local way, once you are faithful that's all, you will receive same reward.

Content created and supplied by: Dosfem (via Opera News )