By Mounique (self media writer) | 3 months ago

Innocent Idibia, a popular Nigerian artist, also known as 2Face Idibia or 2Baba, in company of members of "Vote Not Fight: Election No Be War," has met with the flag bearer of the All Progressive Grand Alliance, APGA, Professor Charles Soludo, and his People's Democratic Party counterpart, Mr Valentine Ozigbo ahead of the forthcoming November election.

The meeting with the political parties' standard bearers, was part of the afro pop artiste’s efforts towards ensuring a peaceful, free and fair election in Anambra state, come November 6th.

Speaking to the candidates, 2Face emphasized on the need for all the contestants in the Anambra gubernatorial election to imbibe the spirit of peace and brotherly love, and called on them to always discourage their fans from indulging in any act that is capable of triggering violence before, during and after the election.

Responding, the APGA standard bearer, Professor Soludo who described Vote Not Fight: Election No Be War" as a noble initiative and a patriotic move by the Nigerian Musician, said he stands for peace which APGA, the party he represents is known for over the years.

Professor Soludo encouraged eligible voters in the state to fully participate in the forthcoming election, as according to him their votes will definitely count.

On his part, the Candidate of PDP, Mr Ozigbo observed that Anambra will become the pride of the global community if proper recruitment process of leadership will be followed in the November election, noting that credible elections give room for the emergence of competent leaders who will always make the interests of the people their top priority.

Mr Ozigbo asked those promoting insecurity in the state to have a rethink, and join hands to promote peace and harmony. 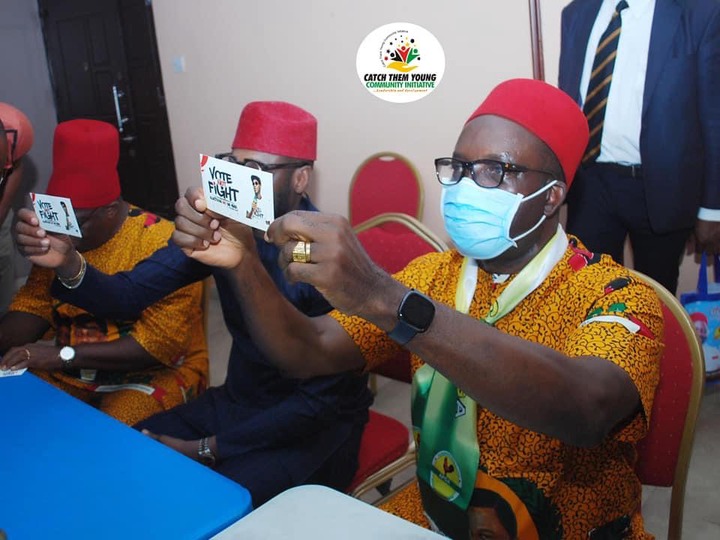 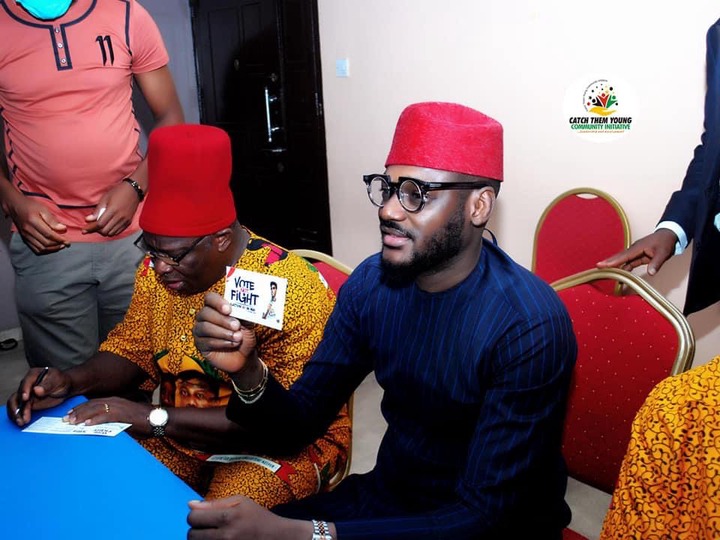 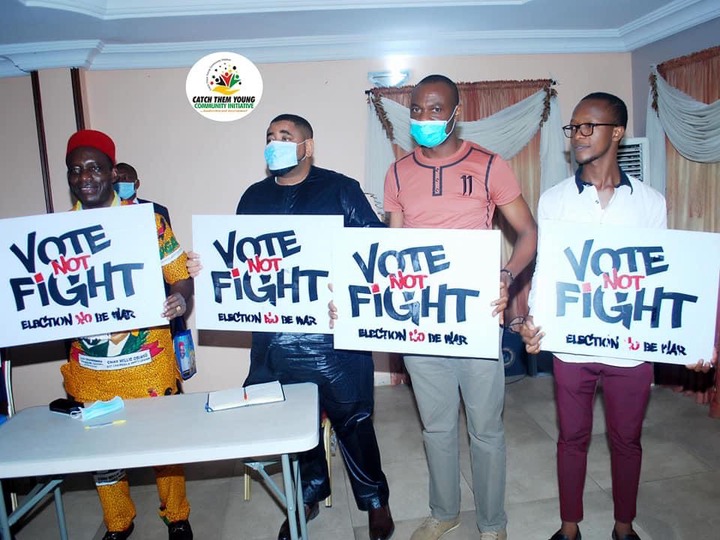 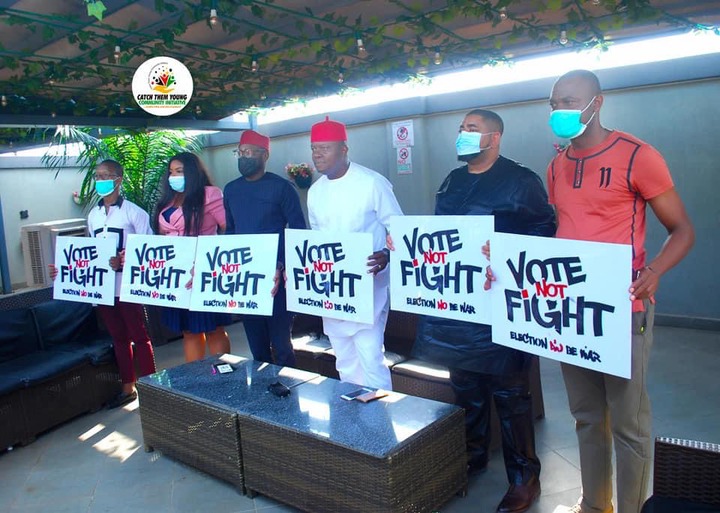 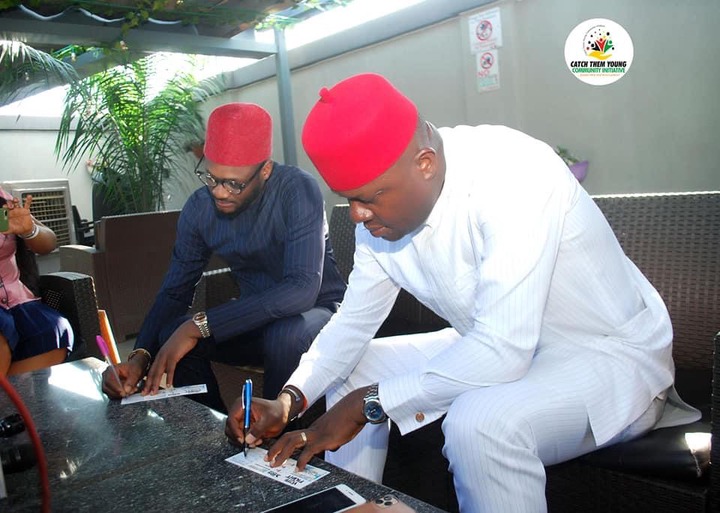 Recall that "Vote Not Fight: Election No Be War," is a non-governmental organization founded by the Nigerian musical artist, 2Face, in 2014 for Nigerians' enlightenment on the need to say no to electoral violence.

Efforts made by 2Face and his team to meet other contestants in the forthcoming Anambra gubernatorial election during the outing, proved abortive.