Someone Paid for Ten Groom Suits, Now He Wants A Refund after The Wedding Has Been Canceled -Man

When two lovers are in love and they understand each other very well, the next thing they do is plan their wedding. But in situations where they don't understand each other, they might change their mind. A man named Mr. Mo narrated on his twitter account what a groom whose wedding was canceled told him after he gave him a contract to sow ten groom suits for his wedding.

He said someone paid for ten groom suits so he went to the market to get the fabric. He also said he paid part of the payment for the fabric. The man that told him to sew the ten groom suits later called him that he wants a refund because the wedding has been called off. Some of his followers have told him to refund the money while some of them are blaming the man for changing his mind. 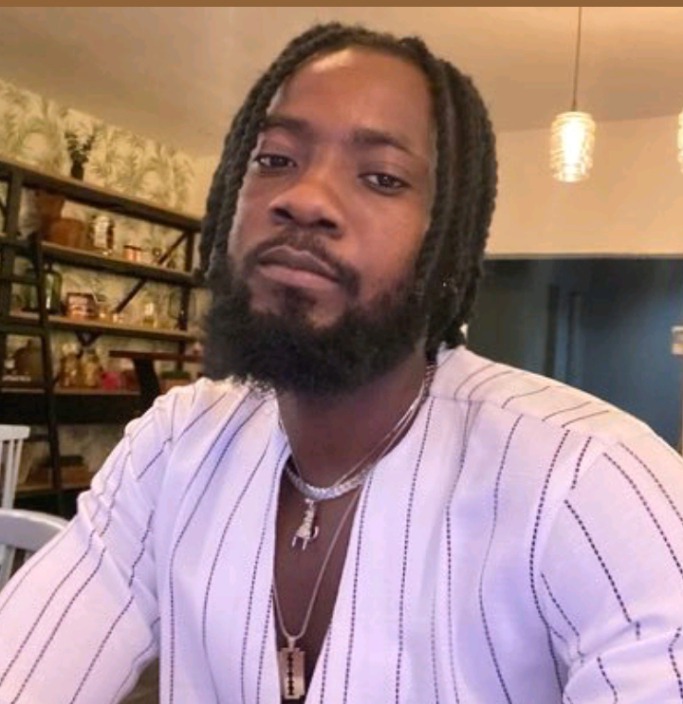 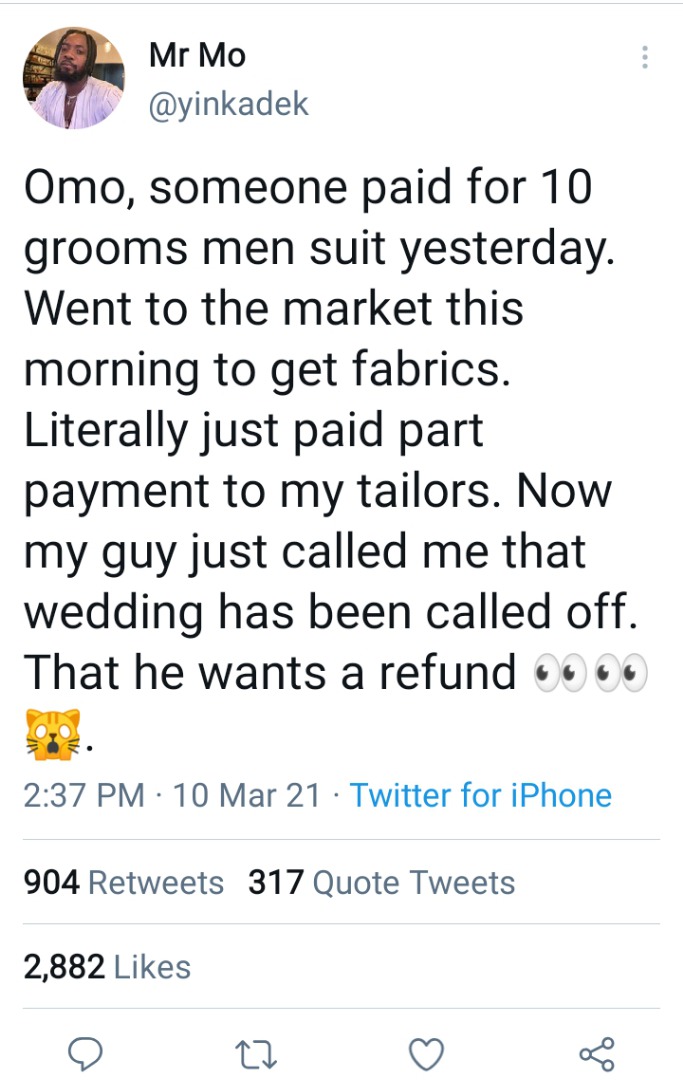 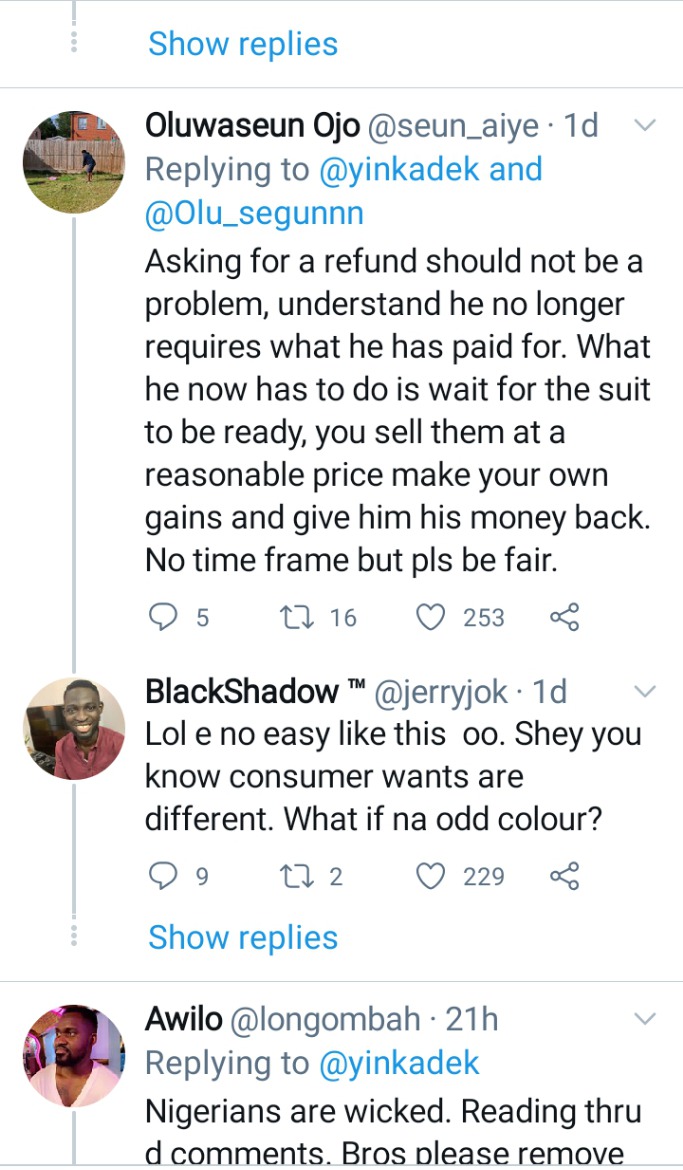 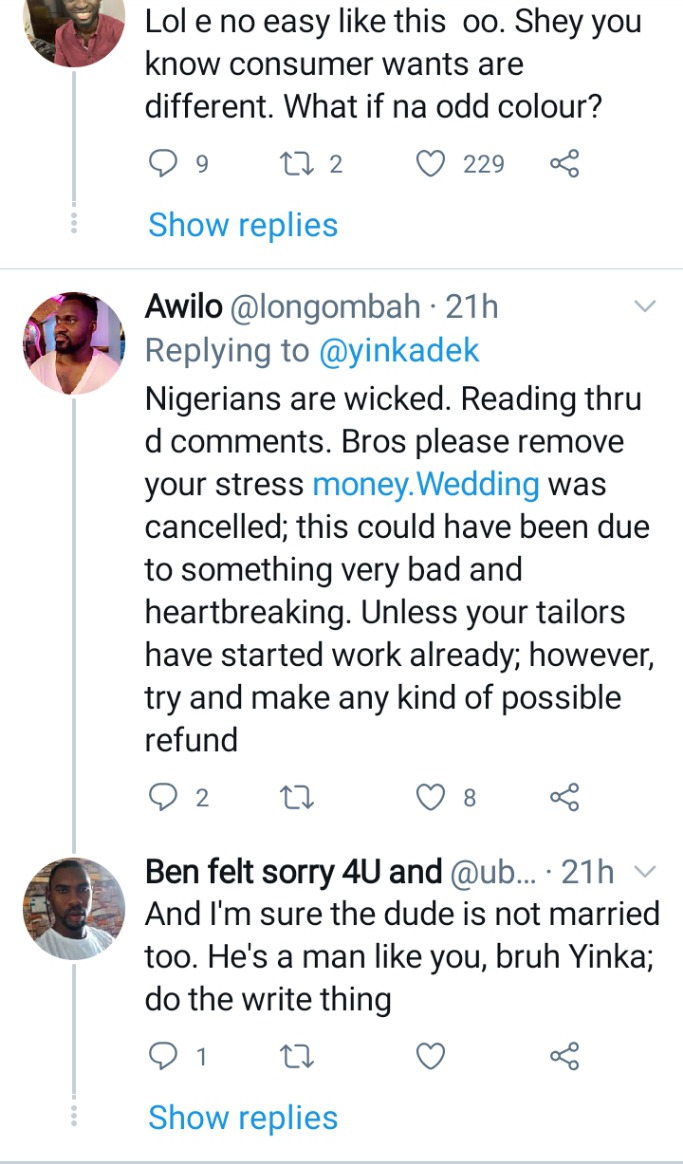 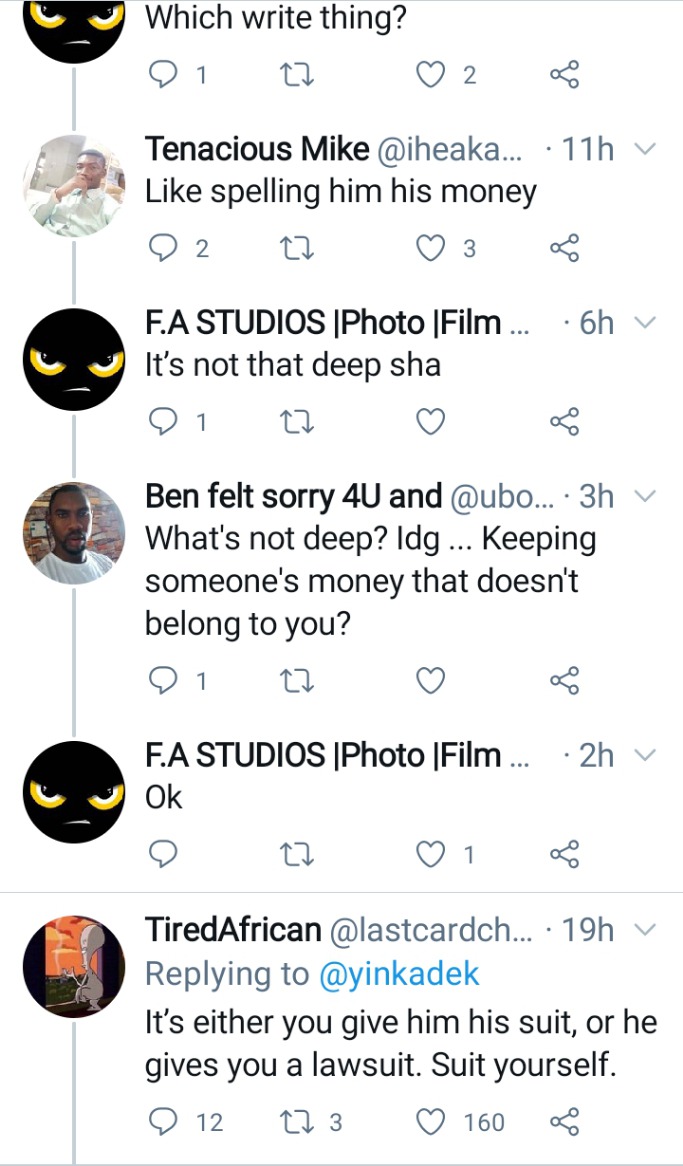 Content created and supplied by: Vickie5 (via Opera News )