Last night Erica called someone less privileged after the fellow said her Reality TV show with MTV Base is not well organized. 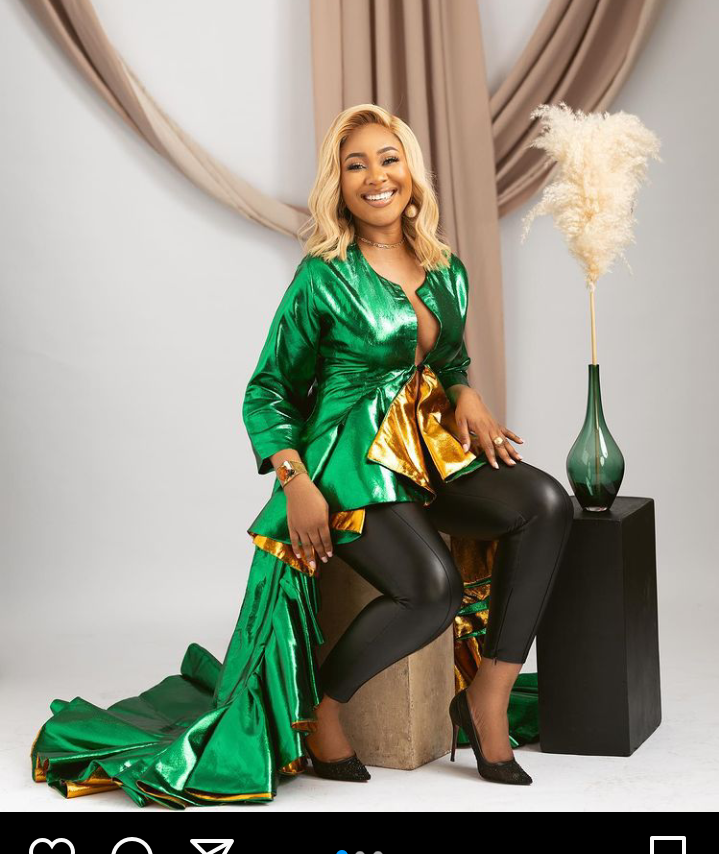 Yesterday Erica’s Reality TV show was shown on MTV base and a lot of people were hyping the show and promoting it, then someone came out to reveal that the Reality TV show wasn’t well organized and that they could have done better. 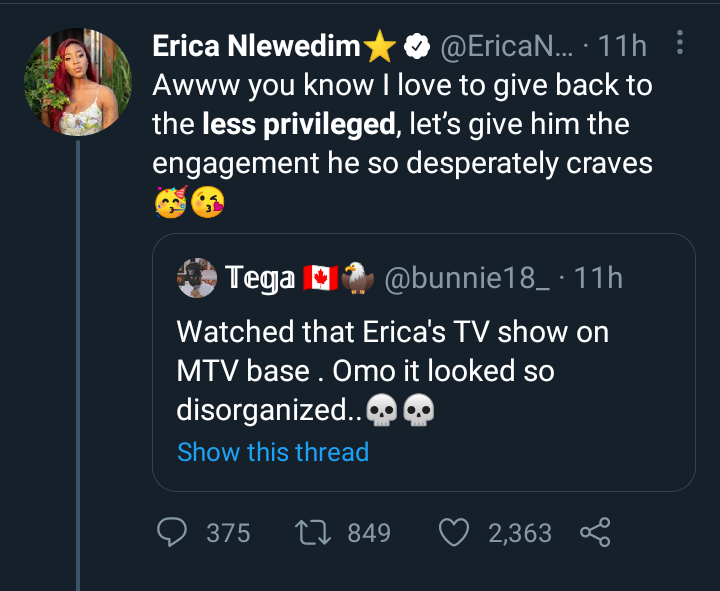 Reacting to the tweet, Erica asked her fans to engage the fellow’s tweet because that’s what he was looking for and she loves helping the less privileged. 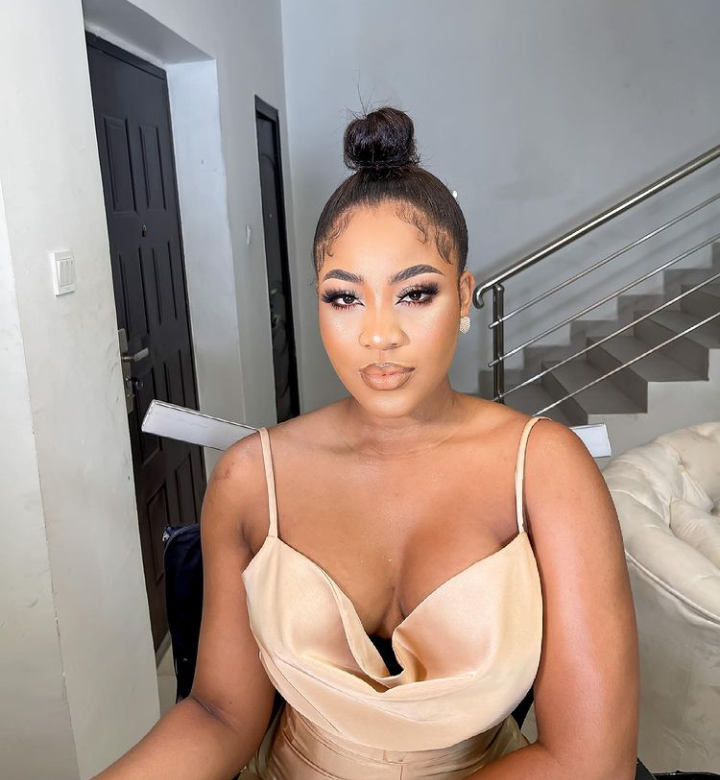 The word” less privileged” got to some people as they felt Erica shouldn’t have used that word since she too also benefited from it when people came out to open a Gofundme account for her when she was disqualified from the BBNaija show and she had nothing with her then. 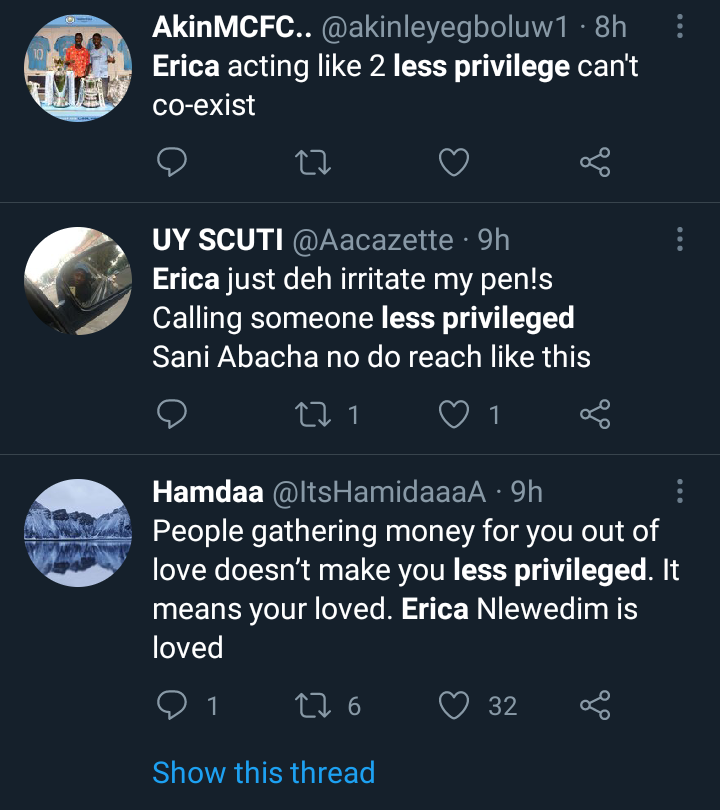 Many rival fans used the opportunity to mock her saying she is the real less privileged after she collected her gofundme money that her fans gave her and she should watch what she say before saying it. 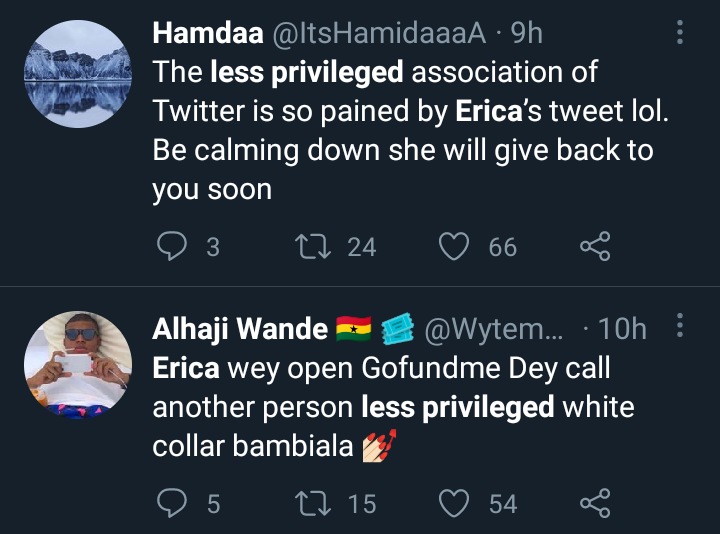 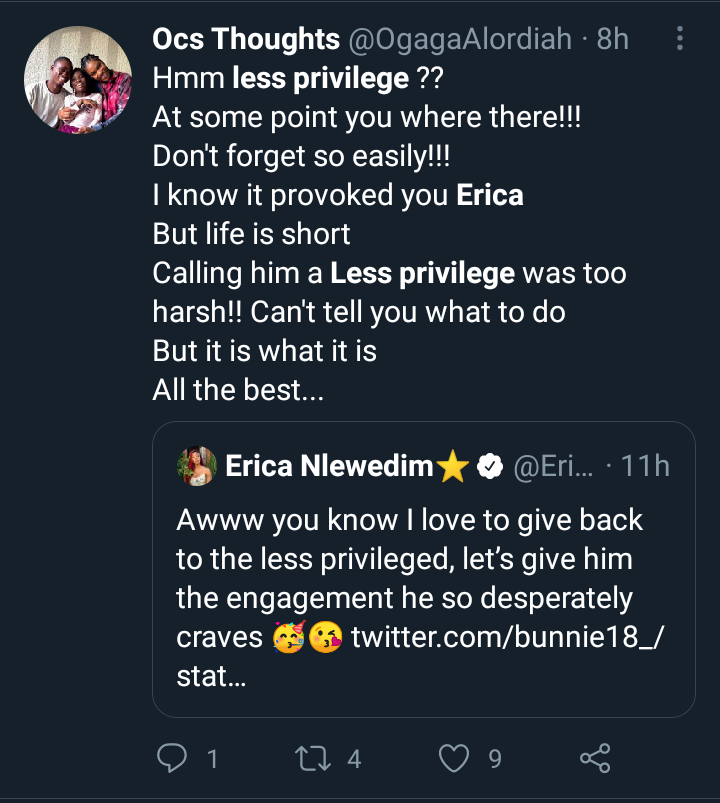 'Back to my root' - Junior Pope and family rock Cameroonaian outfits to celebrate wedding anniversary.

Video: Watch Emotional Moment A Lecturer Prays For Students As They Celebrated His 60th Birthday