"I Have Not Been Sued By Mr Idibia, He Lied" - Brymo Says

By Bismark5 (self media writer) | 3 months ago

The issue between popular Nigerian singers Brymo and 2face Idibia has taken a new dimension.

According to Instablog, Brymo took to his official twitter page on Thursday, October 15, 2021, and revealed that he's yet to be served court papers by 2face.

If you recall, 2face sent a letter through his lawyers to Brymo, stating that the latter made 'false and defamatory statements'.

The letter demanded that Brymo retract his allegations against 2face within 24 hours, else he would be slammed with a N1billion lawsuit.

This was after Brymo posted series of tweets alleging that he was assaulted by the African Queen crooner. And claimed he had proof to back up his story.

Brymo has now stated publicly that he has not received any document of any kind pointing to him being sued by 2face Idibia. 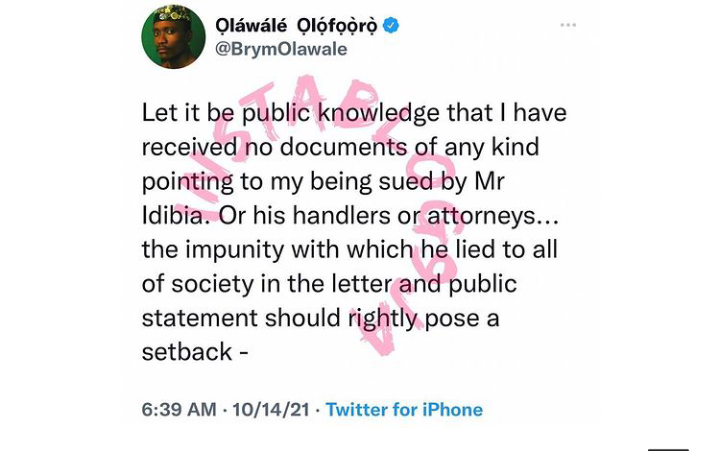 He tweeted that 2face and his attorneys lied to the general public about issuing him a lawsuit.

2face is yet to react to Brymo's statement. 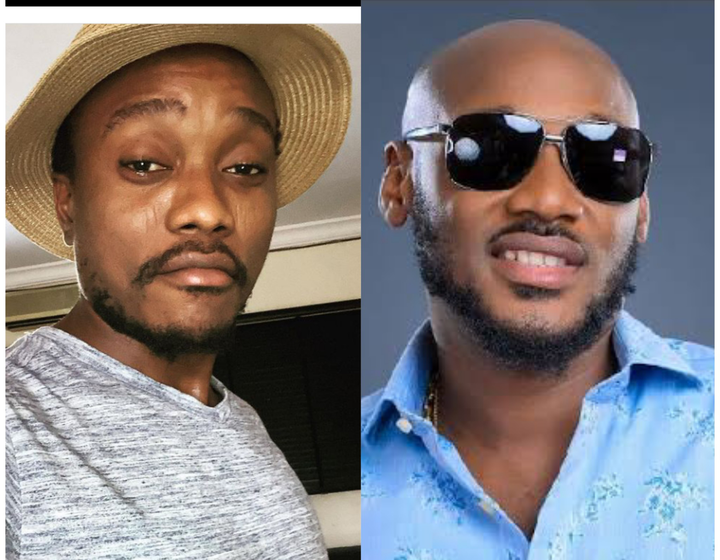