Proof that Nigerian fighter Israel Adesanya is a big fan of Naruto, Avatar and Deathnote

Israel Mobolaji Temitayo Odunayo Oluwafemi Owolabi Adesanya is a Nigerian-born boxer and mixed Martial artist who is a citizen of New Zealand and is currently signed to Ultimate Fighting Championship (UFC) where he is the reigning champion in the middleweight division with a record of 20 wins and 0 loses. At the time of this writing, he ranks at number 3 on the UFC men's pound-for-pound chart in the middleweight class. 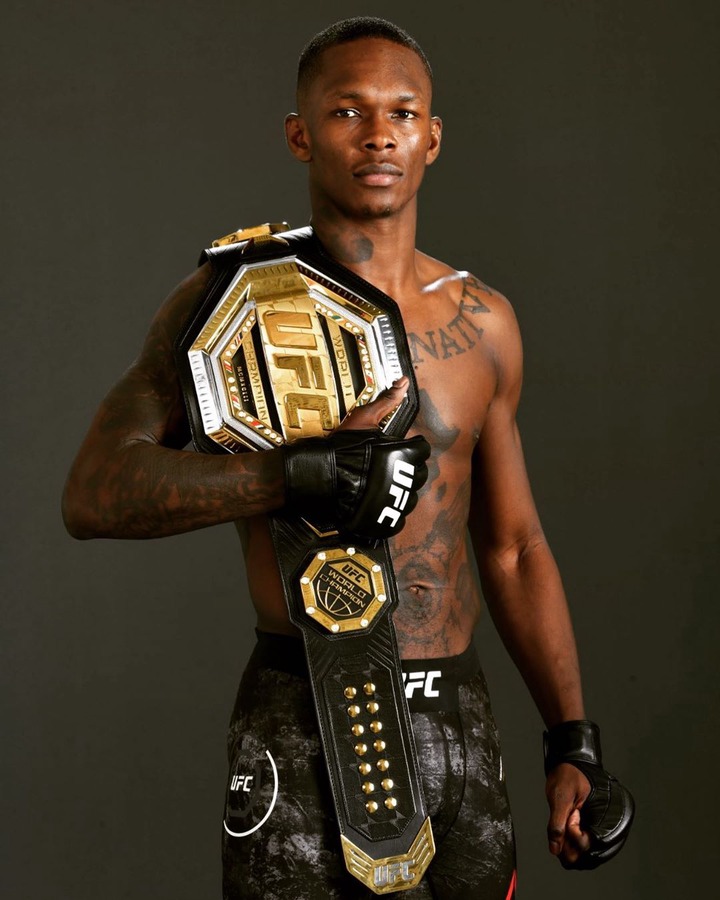 Adesanya is known for his efficient and quick striking ability with both his hands and feet as well as his theatrical moves in the ring before and after a fight, most of which are based on shows he loves. Here is proof that he is a big fan of certain shows we all love as well... 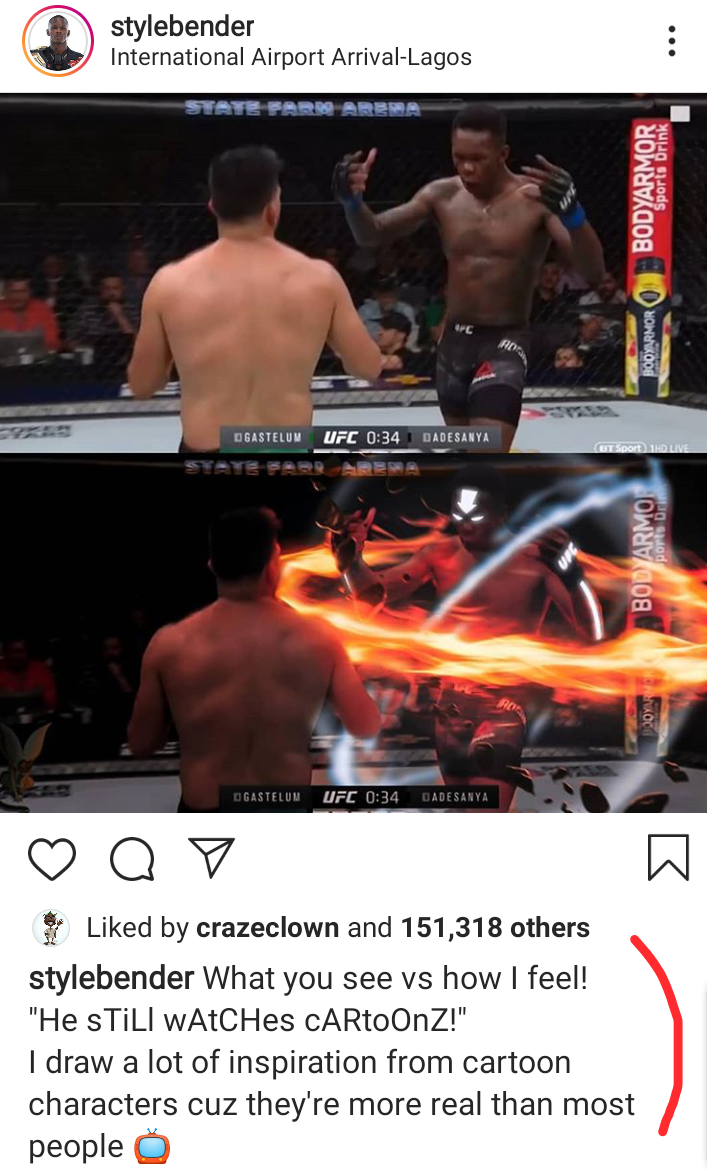 What is perhaps most fascinating about the 31-year-old is his love for cartoons. He even posted on his Instagram page, along with a photoshopped picture of him in the Avatar state, the words, " I draw a lot of inspiration from cartoon characters cuz they're more real than most people". 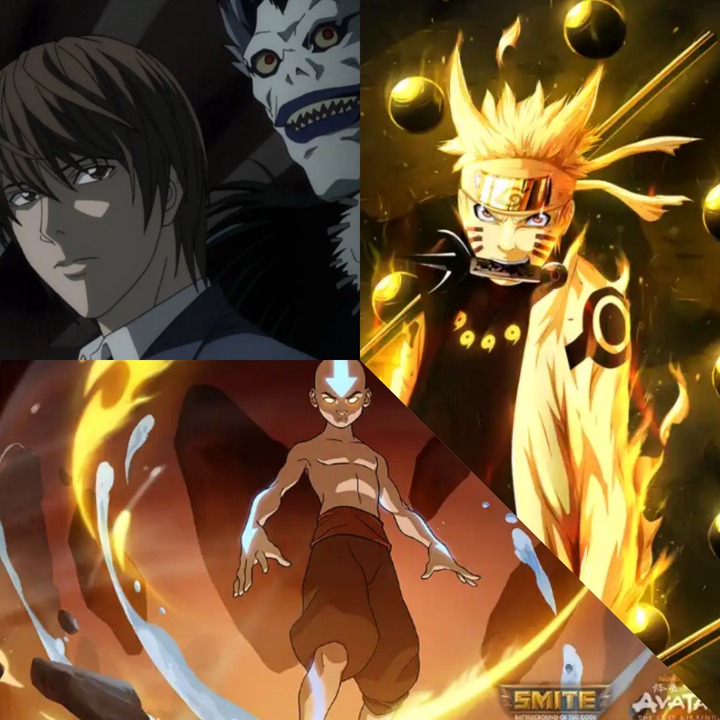 The most notable shows he fell in love with are Avatar: The last airbender and the anime series Naruto and Deathnote. He often incorporates antiques from these shows into his in-ring repertoire which set him apart from other fighters and has gained him numerous fans the world over. 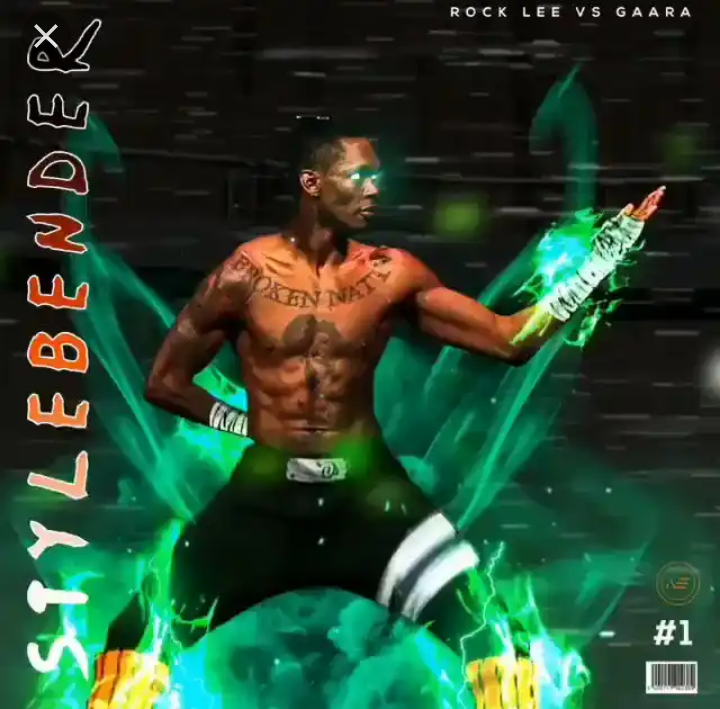 His love for the Avatar franchise can clearly be seen in his choice of nicknames as he is popularly known as The last style bender, a reference to the subtitle of the show which is The last airbender.

His love for the hit Nickelodeon series has also been displayed in his choice of ink. He has a prominent picture of the blind earthbending prodigy Toph Beifong tattooed on the inside of his right forearm. 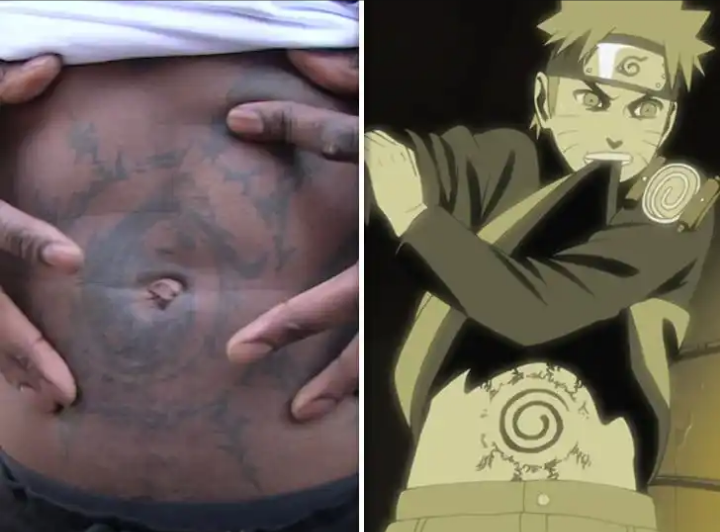 As a fan of Naruto, he has the spiral pattern of the eight trigrams seal, the sealing Jutsu Naruto bears on his abdomen tattooed on his own abdomen. Fans of the show will know it to be the seal that ensures the containment of the nine tailed demon fox with Adesanya often referring to himself as a jinchuriki. 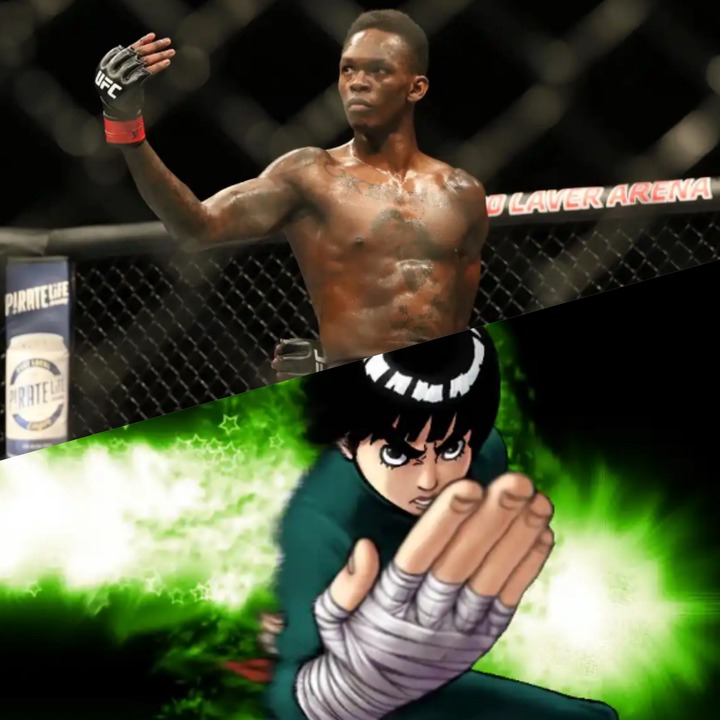 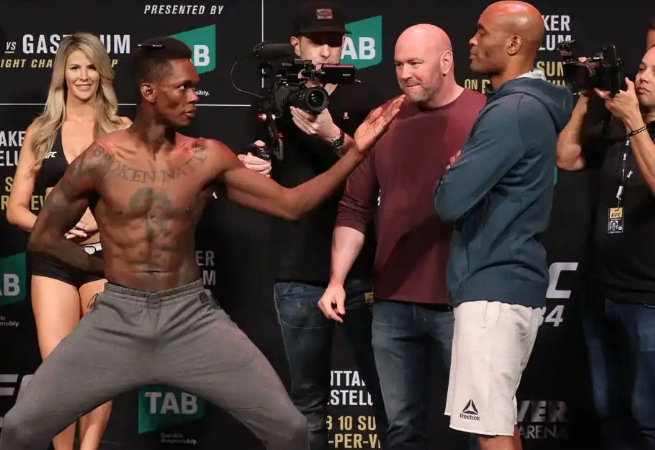 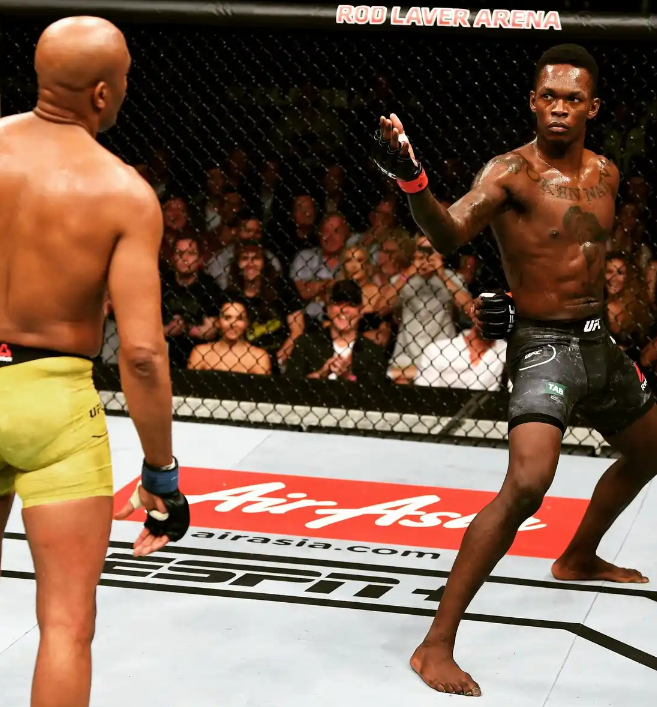 Another character Adesanya often copies from Naruto is Rock Lee, a character who was seen in the storyline as mediocre but proved everyone wrong by mastering hand to hand combat of the highest level, complete with high speed and agility. The MMA fighter can often be seen striking Lee's signature pose in and outside the ring to intimidate his opponents. 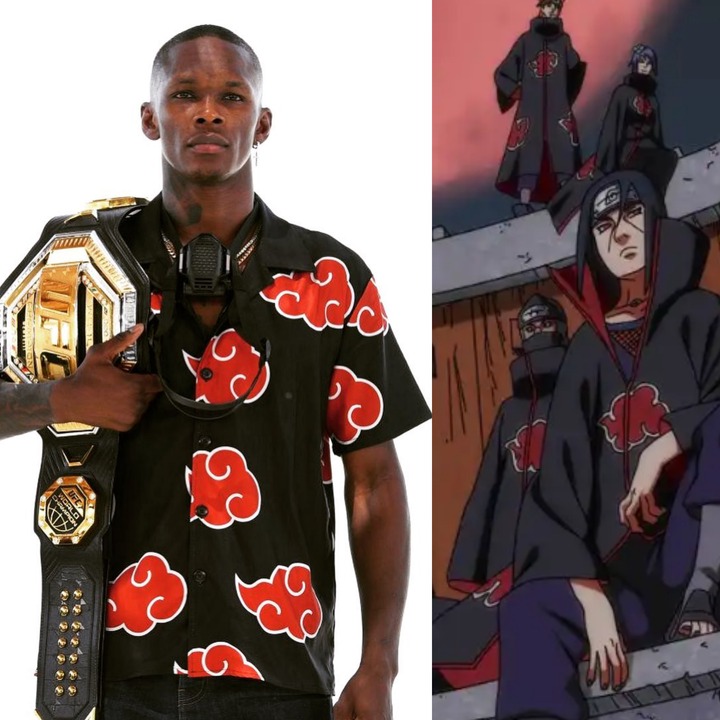 The Akatsuki organisation, a criminal sect of the deadliest ninjas in the Naruto world is something he seems to dress up as. He can occasionally be seen wearing a black shirt bearing the pattern of red clouds reminiscent of the robes worn by Akatsuki members. 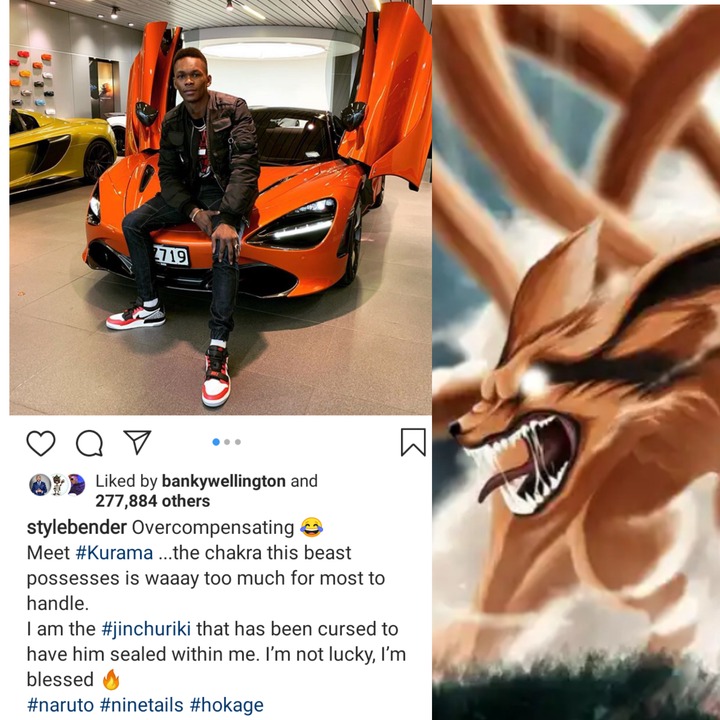 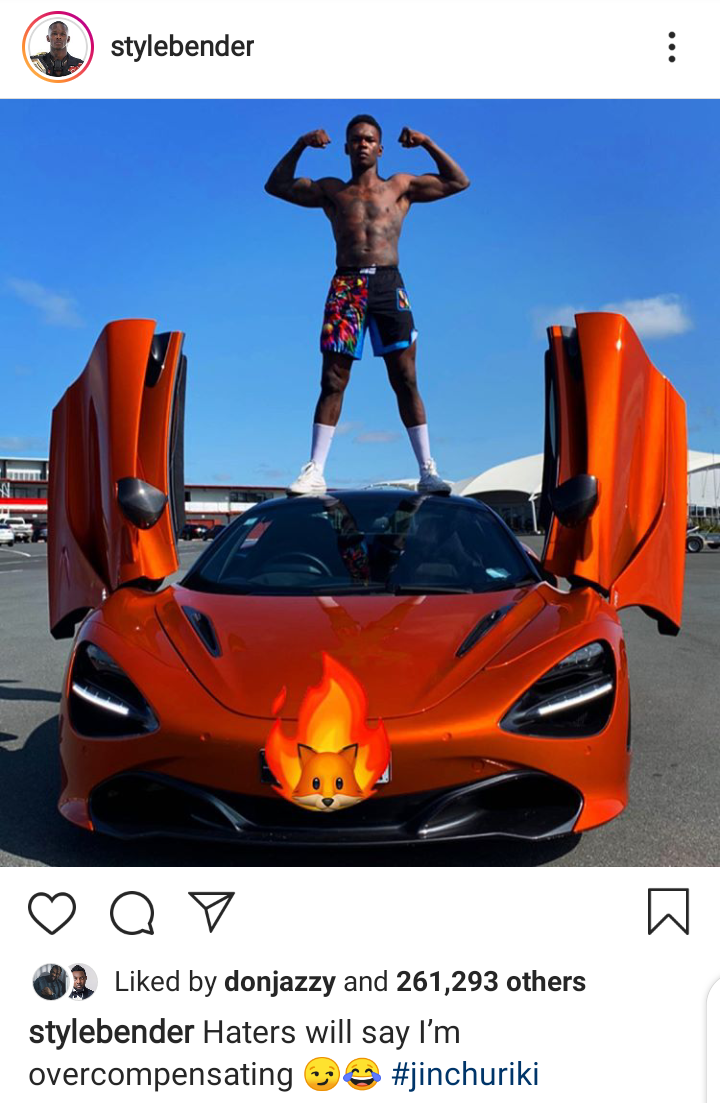 Additionally, what appears to be Adesanya's favourite car, an orange-coloured Mclaren 720s spider which costs over $300,000 is named Kurama after the nine tailed demon fox sealed inside naruto. 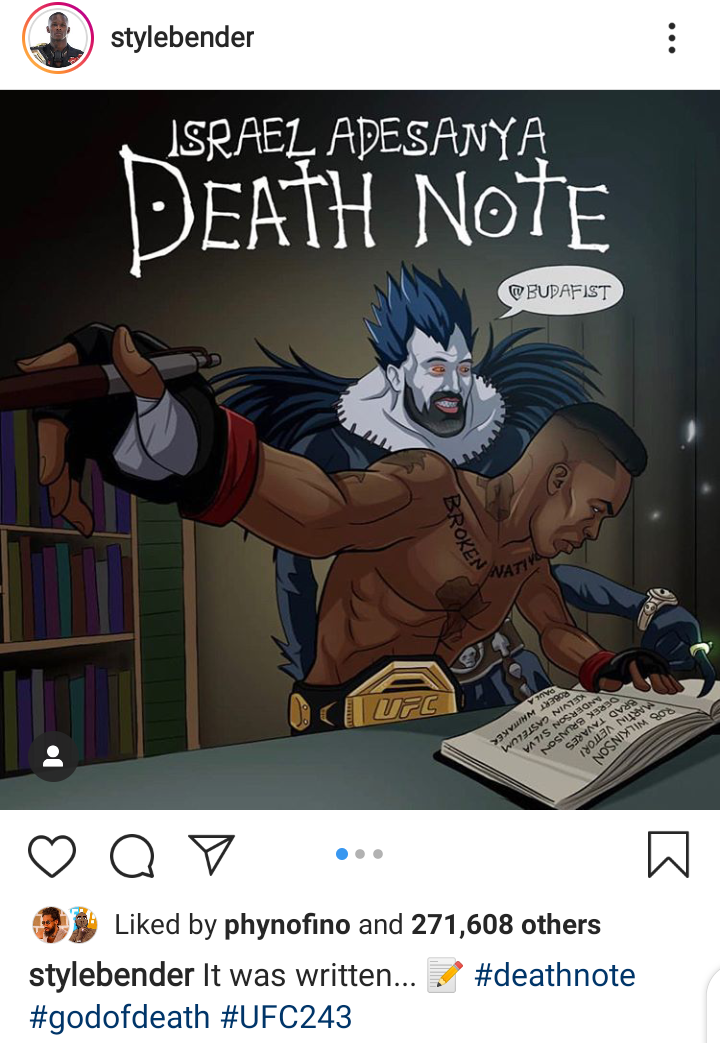 The second anime series that caught the eyes and heart of our Nigerian fighter is Death Note, a series following the life of the protagonist Light Yagami as he makes use of a book (deathnote) given to him by a god of death (shinigami) in which anybody whose name is written within dies any way the writer chooses. He uses this concept to great effect before his matches and so far, it seems to have worked perfectly. 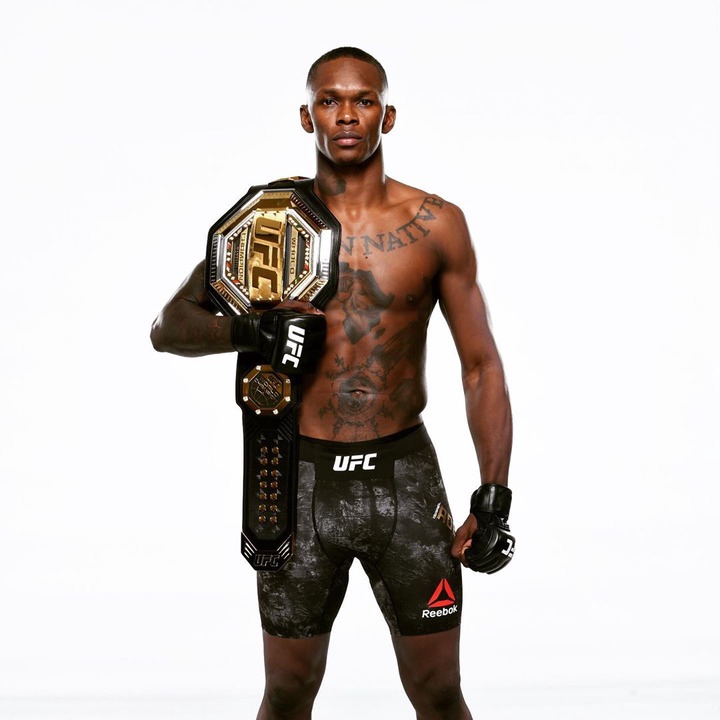 Did you enjoy reading this article? Do you think Adesanya is being too childish or is he justified in his cartoon motivations? Let us know in the comments section! Also, don't forget to like and follow for more great content.