What Meghan Markle's Relationship Was Like With Prince Philip It is no longer news that Prince Philip, Duke Edinburgh and husband of Queen Elizabeth, died on April 9, 2021, at the age of 99 years old. Following his death, several condolence message has surfaced, including the statement which was released by the Buckingham palace which expressed the Queen's sorrow about the death of beloved husband and the time and date of the Duke's death.

The death of the Duke followed being earlier admitted to King Edward VII hospital in London after feeling unwell. According to a report released by BBC, he was admitted on the 6 day of February, 2021. He was then treated for an infection, after which he was transferred to St. Bartholomew's hospital on March 1st, 2021. Though the Duke was later released on March 16, 2021 as reported by BBC.

The interaction between members of the royal family, is one that can seen as fragile and quite a sketchy subject. Though according to reports, the Duke of Edinburgh had great interaction with many members of the royal family. However, the question should or has always been about his relationship with his grandson's wife, Meghan Markle, who has been some what of a source of controversy in the Royal family in recent time.

Thankfully, we can determine a great deal about their relationship, since Meghan was never one to shy away from sharing how she reay felt about her time in the Royal family. This became obvious during her exosive interview with Oprah.

Meghan expressed how hard it was for her to adjust to the nomr of the royal family, telling Oprah according to a report by CNN, "that was the last time, until we came (to the United States), that I saw my passport, my driver's license, my keys. All that gets turned over." 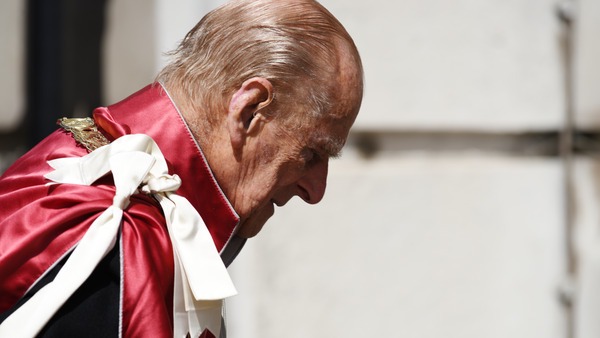 The interview happened to have aired during Prince Philip's hospitalization, and according to the Mirror, he "would have had some fruity words to say about it." The Mirror's royal editor Russell Myers, expressed his opinion as to what he believed the Duke would have said or done, stating that the "Duke would have probably wanted to bash some heads together." "he is not one for nonsense" Russell, continued.

As for Megan's relationship with Harry's Grandfather, Philip, reports have claimed that he was never thrilled about their romantic affair between Prince Harry and Meghan. He allegedly once told Harry, "One steps out with actresses, one doesn't marry them," as written in a post by The Sun.

This perhaps proves what his relationship with Meghan was like. Though his relationship is said to have improved ightly after Harry and Megan's son, Archie was born in 2019. Reports calim that he was one of the first people to see him during a chance appearnece with Meghan. "We just bumped into the duke as we were walking by, which was so nice," she said, according to a Outlet.

However, despite the alleged tension between Meghan and Queen Elizabeth, when she immediately heard that Philip was hospitalized, in March 2021, according to People, "I just picked up the phone and I called the queen just to check said.

7 funny pictures that prove Beyonce is not always picture perfect

"If You're Gonna Slide In My DM To Beg, Don't Forget To Edit The Previous Housemate's Name" - Venita

Opinion: Chelsea Will Definitely Win The Champions League If Thomas Tuchel Does This

Symptoms Of Cancer Everyone Should Beware Of

Are You A Tailor? See 55 Fashionable Ankara Gown Styles For Your Customers