By Messymellycara (self media writer) | 4 months ago

Lil Nas is a 19 year old American Musician popularly known for releasing hit songs one after another for example 'Montero'. He has gained over 10 million subscribers in YouTube. According to him, he is expecting a ‘child’ and this child is his debut album which he has labeled ‘Montero’.

Lil Nas is one of the musicians in America who have come out as gay and a member of the LGBT community. He has been proud of ever since he came out. 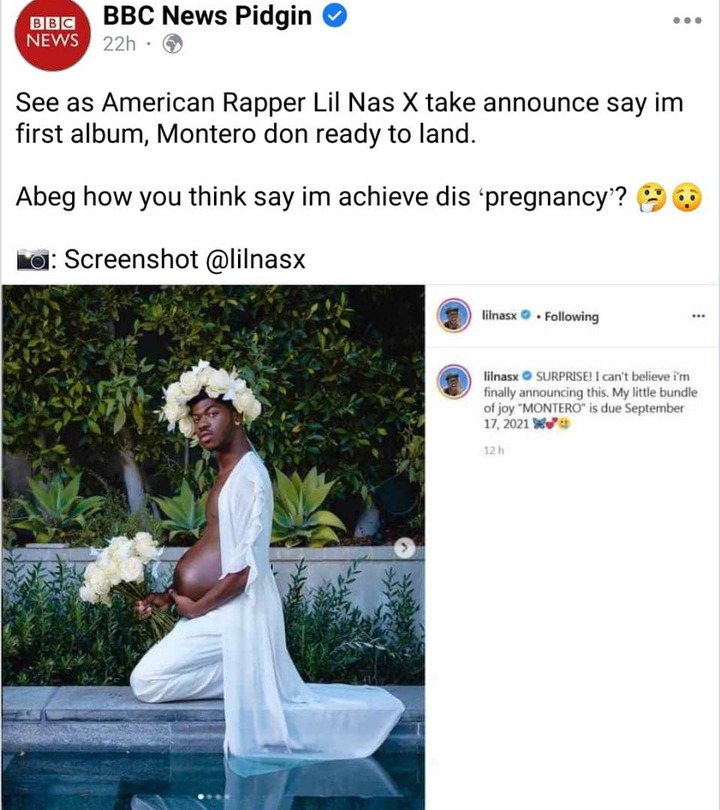 Many people were amazed when he released images of himself with a baby bump. These photographs have gone viral on social media, leaving many people perplexed as to what is really going on.

We've all heard stories about males getting pregnant or giving birth to children, but we always assume they're merely pranks to make people happy. 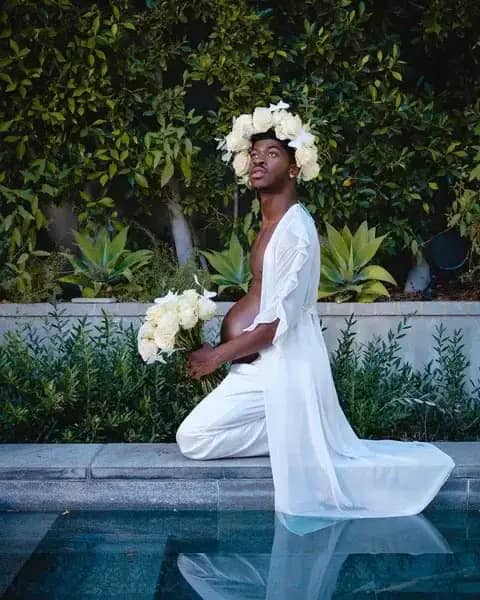 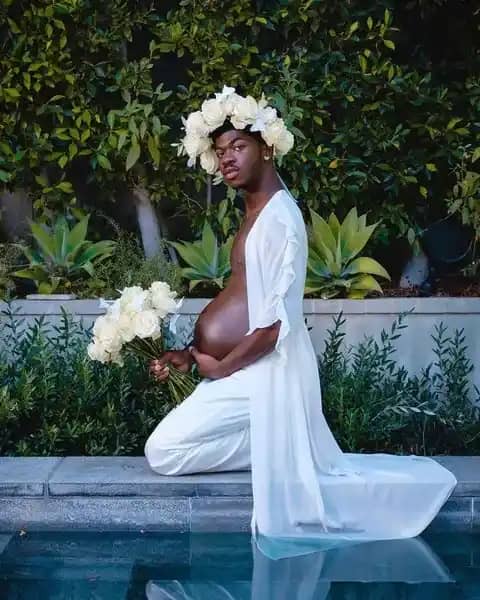 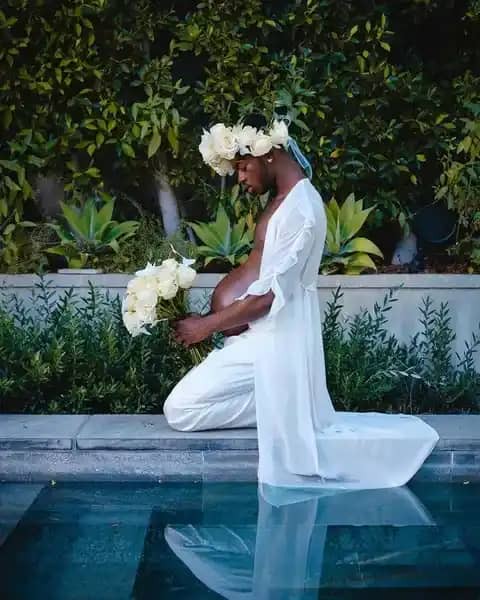 Lil Nas's is no exception; we have no way of knowing whether or not these are real manipulated images. In the latest move of what's so far been a flawless rollout cementing him as a big hitter in the music industry, Lil Nas posted a whole pregnancy photoshoot, fake baby bump and all. 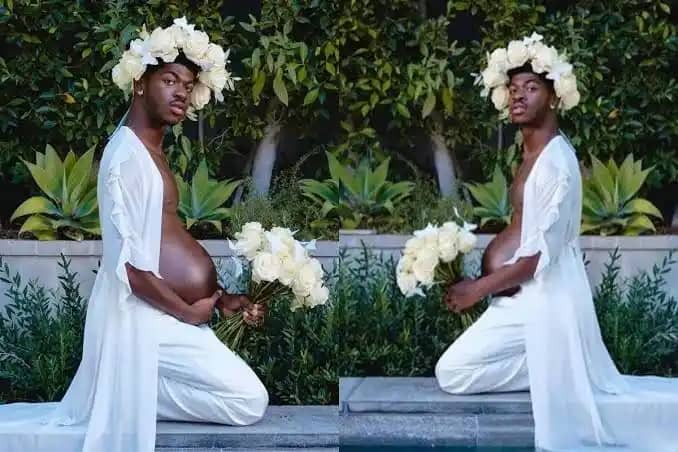 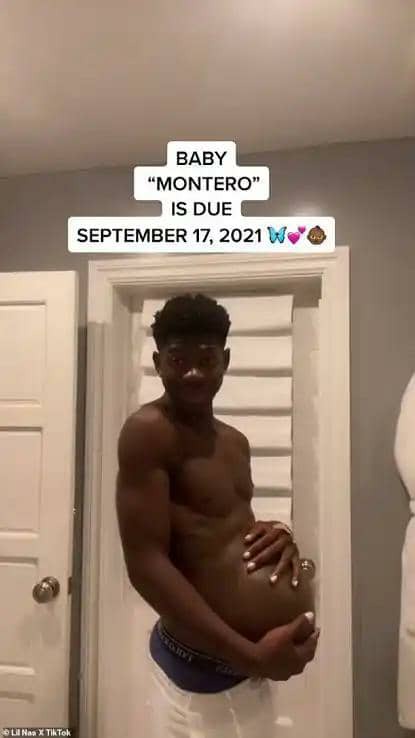 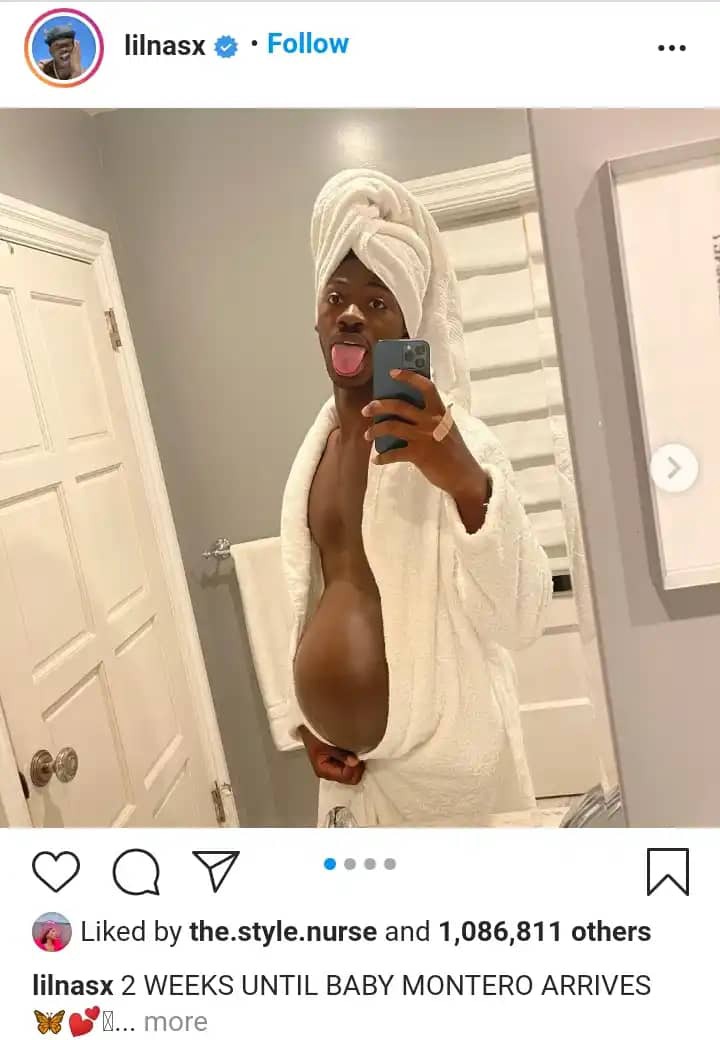 In the accompanying article, Lil Nas X revealed that he came up with the idea for the pregnancy photoshoot after listening to Megan Thee Stallion's verse on their upcoming song. His new album, Montero, will drop on September 17.