By Rhapsodi (self media writer) | 3 months ago 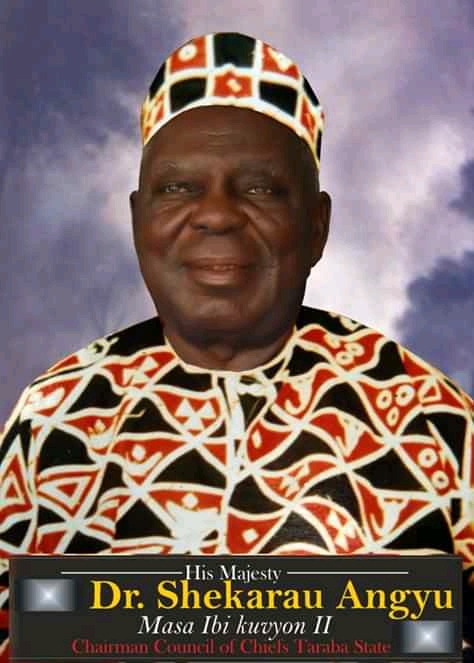 Rhapsodi Affos Blog RAB reports that his demise came not upto 7days after the death of Senator Abdulazeez A. Ibrahim of Taraba central zone.

The news of his demise was contained in a press release signed by Jolly Agbu Masa-IBI, SA Media to Aku-Uka.

According to the release, all traditional rites in accordance with the Jukun tradition have since commenced.

The final traditional rites for Aku Uka’s transition from the Palace to Puje would be announced in due course.

RAB authoritatively gathered that from sources close to the palace that the monarch died on Thursday after a brief illness.

Masa-Ibi was crowned the Kuvyon II at Byepi, in 1976  as the 27th monarch of Kwararafa and the 13th from the founding of the Wukari Federation.

The 40th anniversary of his ascendancy to the throne was marked on Friday 17th and Saturday 18 March 2017, at the Kwararafa University permanent site, Wukari.

Kevin II (Shekarau Angyu Masa-Ibi) is the 27th and Incumbent Aku Uka (paramount ruler) of Kwararafa and13th since the founding of the Wukari Federation, a Jukun traditional state in the Middle Belt, Nigeria. He succeeded Ada Ali Agbumanu V.

Before his death, he was the Chairman, Taraba State Council of Traditional Rulers, and Chancellor, Federal University Dutse.