I'd earlier written about some television stars of the 80s, who made my childhood interesting with their classical performances. People wrote to tell me they became nostalgic and even teary, knowing some of the stars had passed away.

These men and women laid the foundations of both the modern television shows we have today and the Nigerian movie industry, known as Nollywood.

The young might not have another means of getting to know about these individuals. Thanks to the platform given by the Opera News Hub, I am going to list as many as I can recollect for posterity sake.

Again, I'd like to remind us that some of them are dead, while some of the living can barely make ends meet.

The good book says we should give honour to those that deserve it. These men and women deserve to be honoured. 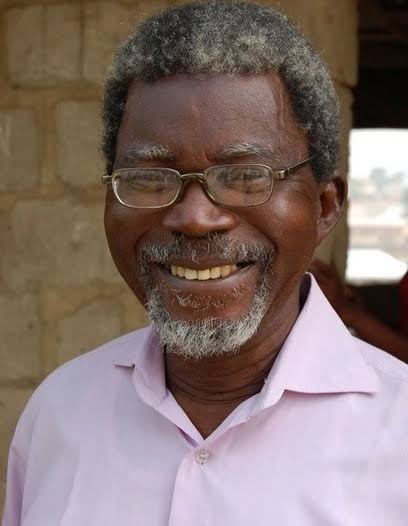 Jab Adu played the role of Bassey Okon, the shop owner in the New Masquerade. He was also in Adio Family. He's since passed away at the age of 83. 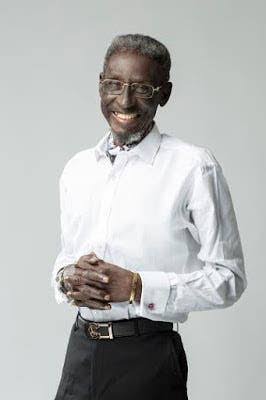 Sadiq Daba played Bitrus in Cock Crow At Dawn. He is alive at the time of writing this but sick. 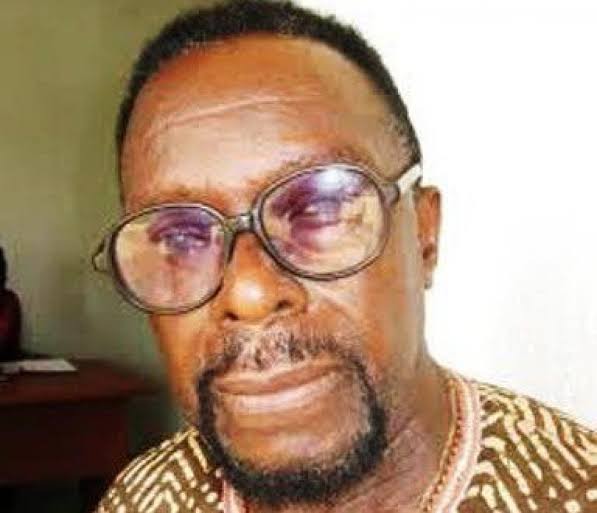 A veteran of Nigerian television, Lari Williams was in the sitcom, Mirror in The Sun. As at the time of writing this the respected actor said he needed help from well meaning Nigerians due to his failing sight. 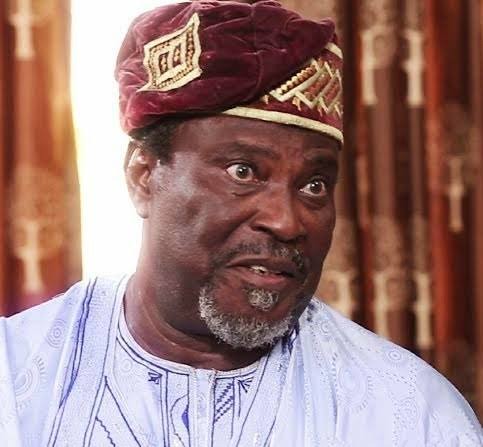 Dejumo Lewis was Kabiyesi in the Village Headmaster. He had this dramatic way of going to sit on his throne whenever he came out of the bedroom to the palace. He'd moved backwards a few steps and then forward before mounting the throne. He is still alive. 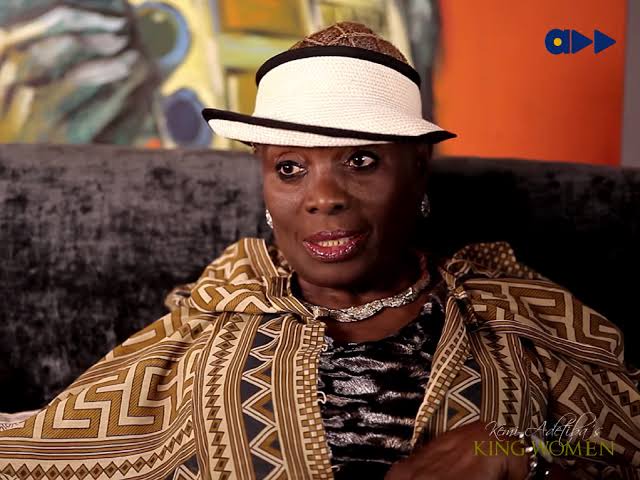 Taiwo Ajayi Lycett has paid her dues as an icon in the Nigeria entertainment industry. She starred in the Winds Against My Soul and is a role model to many. She's still alive and well. 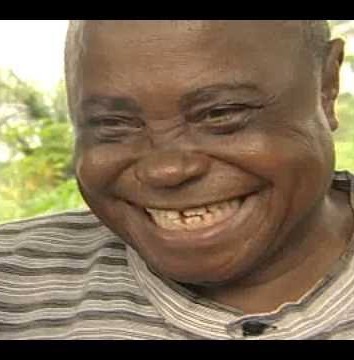 7. Davies Offor played the role of Clarus in 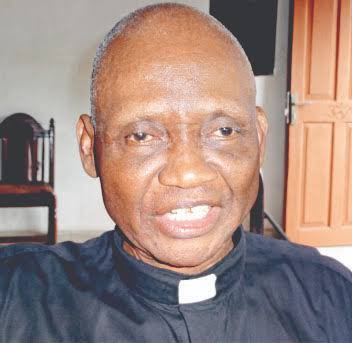 The New Masquerade. Alongside Gringory (James Iroha) he was full of mischief. He's alive presently. 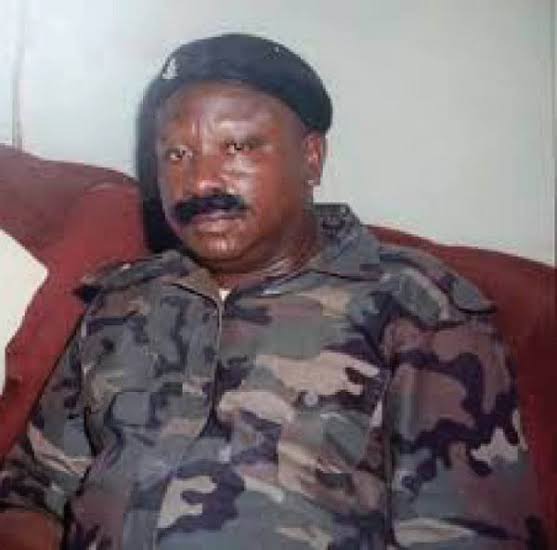 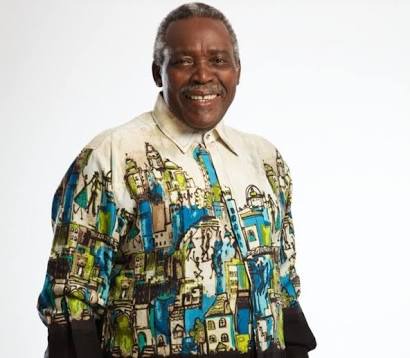 A cultural icon, this septuagenarian is arguably one of the most respected actors to come out of Africa. 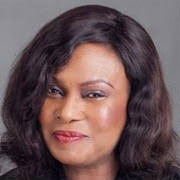 Barbara Soky was in both Behind the Clouds and Ripples. Naturally beautiful, she was one of my favourite actresses in the 80s.

Joe Layode is a veteran actor. He was Mr. Garuba in the New Village Headmaster; a teacher at community school in Oja. He featured sporadically in some Nollywood movies, especially as traditional ruler in Igodo. 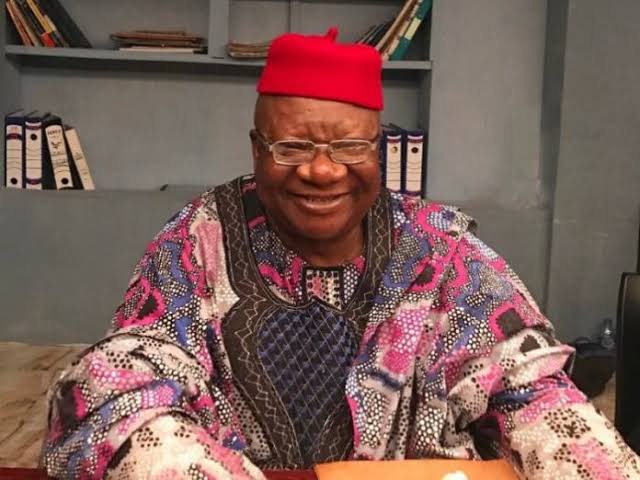 He was Chief Zebrudaya, the know it all war veteran in the New Masquerade. Chief Okpala is still alive and healthy. 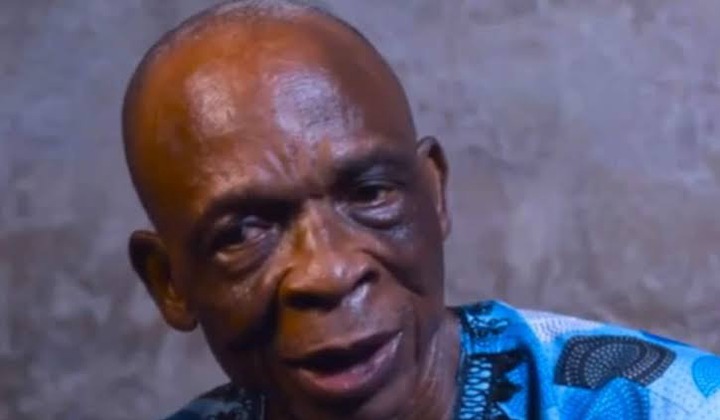 Boniface was the shopkeeper in Bassey Okon's (Jab Adu) shop in the New Masquerade. He always dressed in long sleeve shirt on wrapper. Asuquo has left the stage called life. 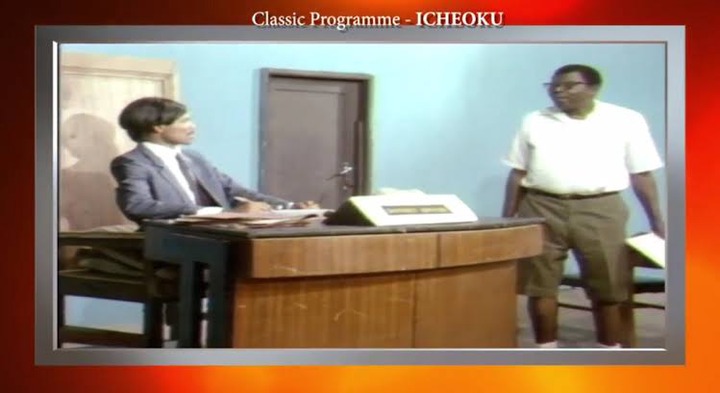 Lomaji Ugorchi played the role of Kotuma; interpreter/ Court Clerk to the District Commissioner. Though barely literate himself, the villagers revered him as someone that could understand the white man's language (English). He often misinterpreted what the DC said to the villagers. He'd occasionally curse the DC in Igbo. He's since passed away. 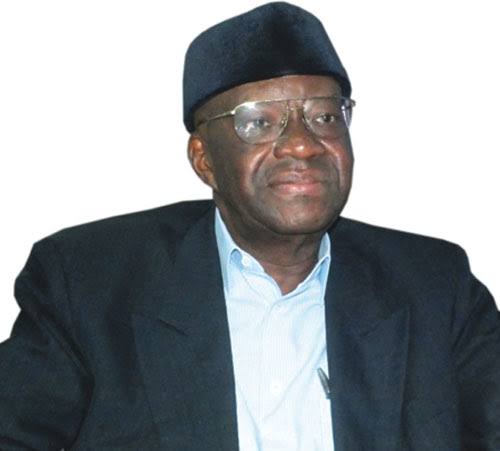 Albert Egbe is an artiste to the core. He was Mr. B. in Bassey and Company. Mr. B was ambitious but had no concrete plans to be rich. His favorite line was: If you want to be a millionaire, think like a millionaire. Although he never made the said millions. 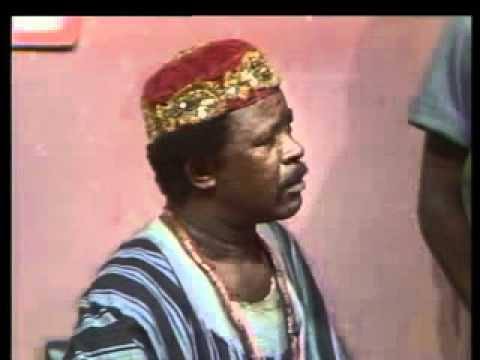 Chief Eleyinmi was the second in command to kabiyesi in the New Village Headmaster. He was a charismatic actor, who carried himself with dignity. Oba Adeolu died some years ago. 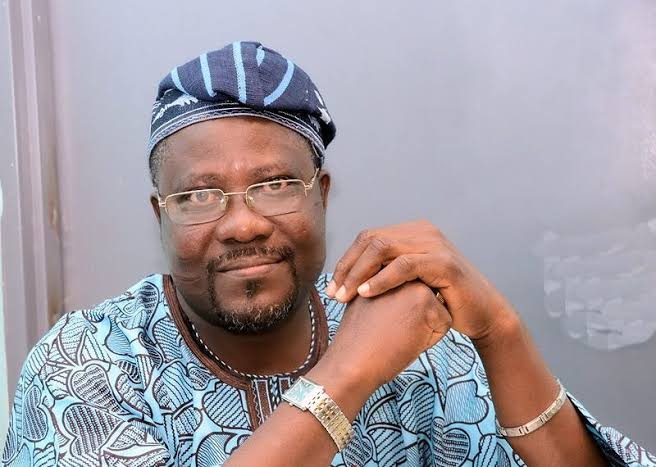 Papi Luwe character was a clown, who with his son, Abura, made viewers laugh on end. Sunday Omobolanle is very much alive. 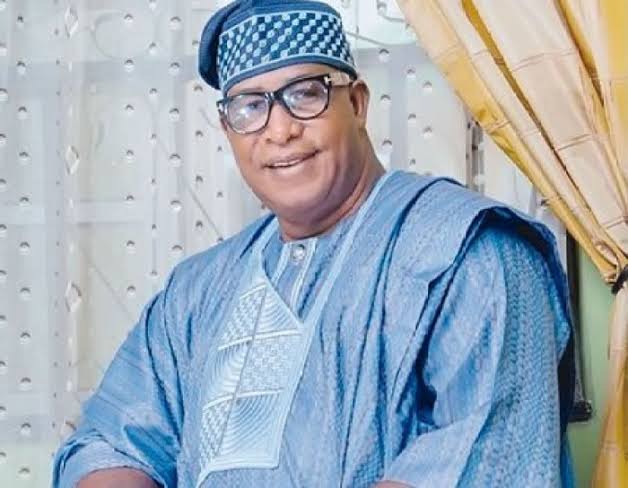 Adebayo Salami has featured in numerous sitcoms and Yoruba movies and is an icon of the entertainment industry. 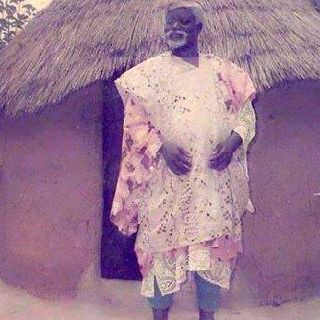 Jaguar character was a loafer, who had no visible means of income. His literate and no nonsense wife, Grace, hardly got along with him. They often resorted to fighting, with Jaguar running away laughing. Afolayan is no longer with us. 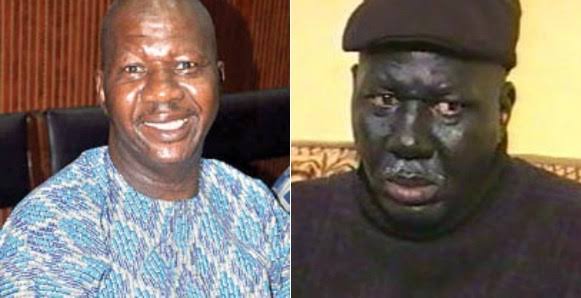 Babatunde Omidina is a Yoruba comic actor, and one of the most famous comedians in the Nigerian entertainment industry. He's partaken in numerous movies and is still living.

Nosa, in Behind the Clouds, Mac Arthur Fom died quite young. He was the most good looking guy on television and was admired by many. Insiders said his death contributed to the end of Behind the Clouds. 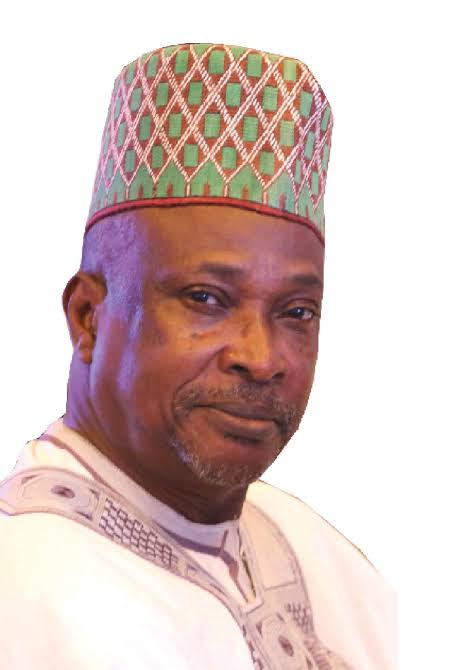 Zack Amata was the strict, no nonsense, Mr. Okonzua in Behind the Clouds. His family is relevant in Nollywood today. 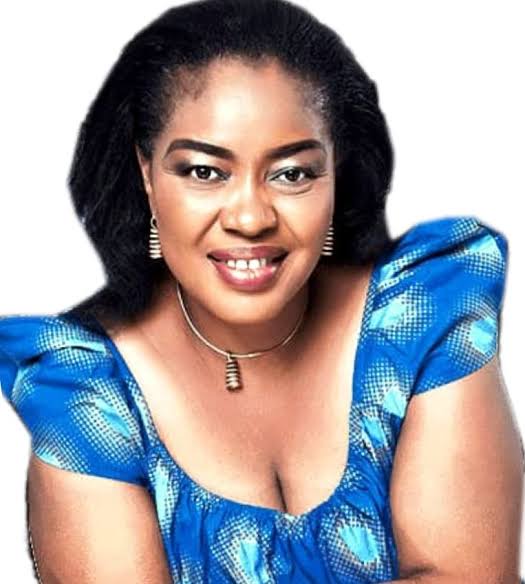 Franca Brown was the affable Mama Nosa in Behind the Clouds. She's still as beautiful as she was then. Justice Esiri was in the Village Headmaster sitcom and later switched over to join Nollywood. He's dead. 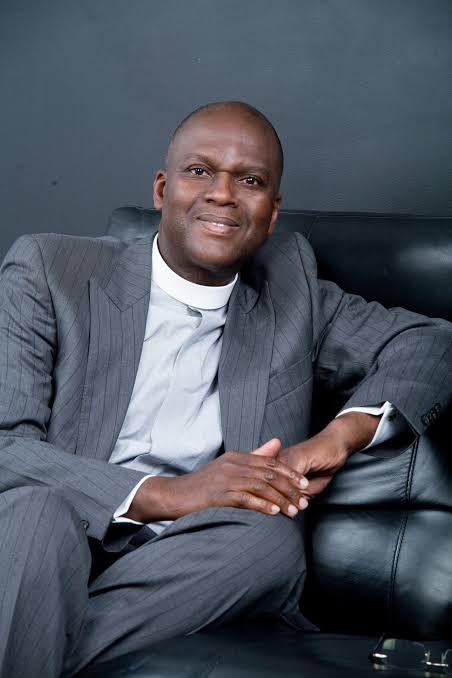 Before Richard Mofe Damijo there was Omawunmi Efueye. He played the role of Tosan, the charming dude, who won Yinka's (Barbara Soky) heart in Mirror In the Sun. I admired him a lot. He's a preacher now and lives in London. 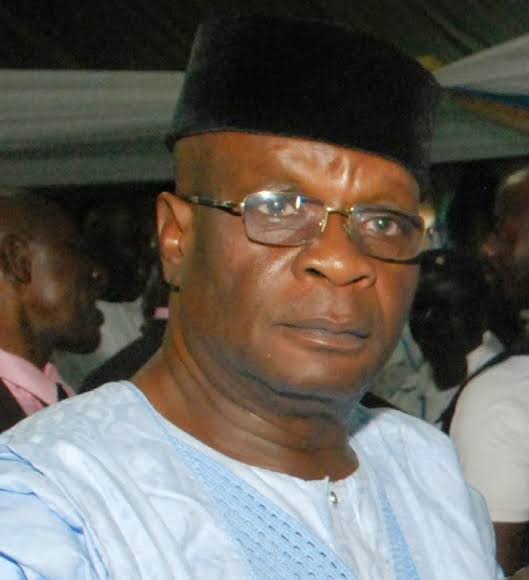 Olumide Bakare was Chief Koko, a noisy house owner, who was either fighting with Kasali, his gateman or Emeka, who got his daughter pregnant. He passed away recently. 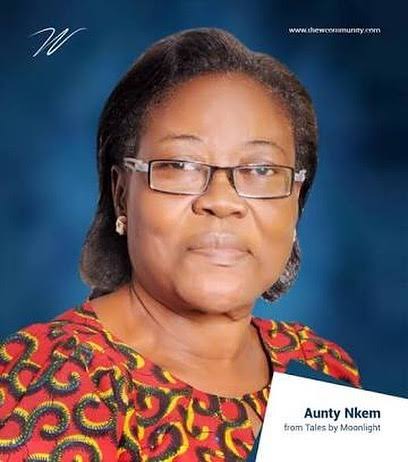 Aunty Nkem kept most children in the 80s glued to the television set as she narrated her wonderful stories on Tales By Moonlight. 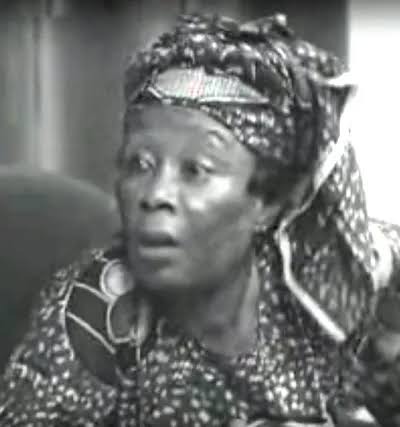 Veronica Njoku played the role of Ramota in the New Masquerade. She's no more.