Funke Akindele explains why she rushed into her first marriage.

By Nedex7 (self media writer) | 5 months ago

Funke Akindele, a Nollywood actress, has spoken out about how societal pressure coerced her into her first marriage, advising women to avoid being pressured into marriage.

The 43-year-old revealed this in an interview with Chude Jideonwo, in which she discussed her problems, as well as her broken marriage to businessman Kehinde Adeola Oloyede-Almaroof.

According to the filmmaker, this will be the first time she speaks publicly about everything from her first marriage's drama to the joys of her second, as well as the difficult year she had in 2020.

“I have never addressed this issue, but I will do now to encourage ladies that are pressured to get married. Please calm down and take your time because if you rush in, you rush out, that is the lesson learned,” she said.

“I really wanted to get married and have kids because I was being forced by society,” she says. “But it didn't work out and ended badly. I was filming when the news leaked on social media, and I wanted to die. I lost some fantastic deals and everything, but I didn't let it break me,” she continued.

“When they told me I needed to write my statement in Panti after I was detained, I said, ‘I hope I could simply die.' "Ahan koto yen naw," the man remarked. "Yes, let me just die so it'll cover everything," I said.

“I said that at the time, but I took it back after a while. Chude, whatever it is, will pass.

“There will be times when negativity, jealousy, and rage will be present. Allow it to overwhelm you, but not to consume you, so that when the difficult times arrive, they will pass. So all you have to do now is set aside some time. 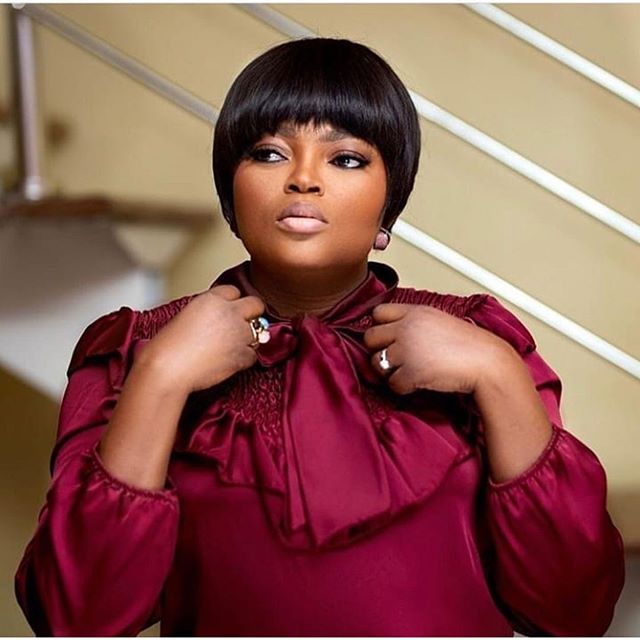 Funke married her second spouse, Abdulrasheed Bello, also known as JJC Skillz, in May 2016. They are the parents of two children.

Content created and supplied by: Nedex7 (via Opera News )