Opinion: As a fan, tattooing celebrity's name/face on your body is not ideal; here's an alternative

By OmoNaija (self media writer) | 21 days ago

I don't know if some people would agree with me, but I do feel that fans tattooing a celebrity's name or face on their body is simply NOT in our normal routines. It doesn't feel too familiar to us, and I feel like it is just a trend that we blatantly borrowed from the Western world. Interestingly, down here in Nigeria, there has been a crazy trend of fans getting tattoos of their favorite Nigerian celebrities, especially singers, actors, and actresses. 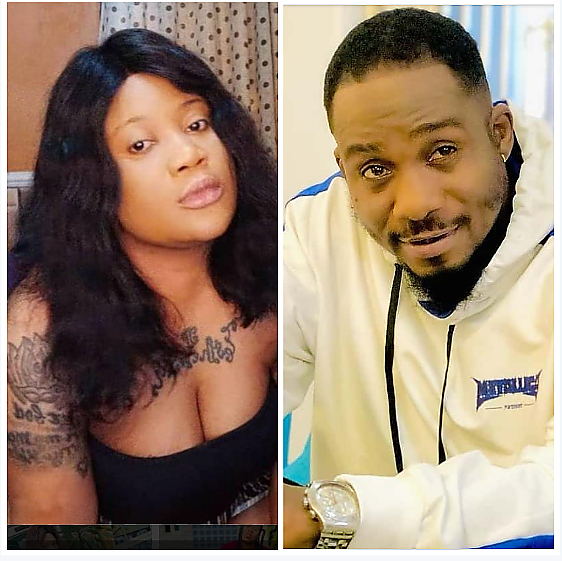 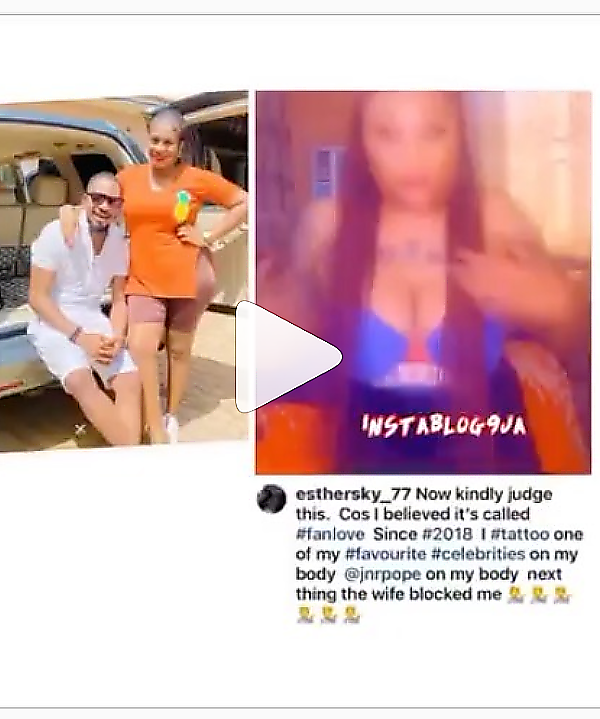 But, the scenario has also stirred up its bits of disadvantages, particularly as some fans have taken it as a scheme to extort or manipulate celebrities. And, most times, it ends in a sad circumstance for such fans. Such a sad circumstance is what seemed to have happened to an upcoming Nigerian actress, Esther Nwachukwu aka Esther Sky, who decided to tattoo the name of her favorite Nigerian actor on her body. Of course, she was successful with tattooing the name of her favorite Nigerian actor, Junior Pope, on her body; however, she did NOT get the attention she had craved from him. Instead, disappointingly, she got blocked on Instagram, though not by the actor, but by his wife! And, now, Esther is crying foul on social media that she got blocked by the actor's wife, and, that the actor has not even acknowledged her since 2018 when she did the tattoo. Honestly, I prefer not to judge Esther or her intentions with the tattoo, but I simply feel that her outburst is somewhat a bit unnecessary at this moment. She needs to realize, that having the tattoo of a favorite celebrity does NOT necessarily guarantee any viable attention. For me, I'm suggesting that fans should probably change their attitude regarding the celebrity-tattooing trend. Notably, I think fans should be engaging their favorite celebrities in a better, more valuable way, as outlined below:

* A Fan Can Engage A Celebrity For Creative Shout-Out To Boost His/Her Business Venture(s): So, instead of spending lots of time and going through a painful process to get a tattoo of a celebrity's name or face, such energy can be channeled to a more productive vibe. Rather than using a tattoo to possibly extort a favorite celebrity for money or quick fame, a fan can do better to politely ask the celeb for a creative 5 - 10secs shout-out. The 'celebrity shout-out' would involve the celeb doing a quick recommendation for his/her fan's business venture(s), simply to reciprocate the fan's genuine support. That way, such a fan can make a long-term economic gain with such a gesture, rather than the short-term attention-seeking with the tattoo wahala.

At this moment, even though the country is experiencing some trying times, it shouldn't be an easy excuse for some fans to be extorting the favorite celeb. Everything shouldn't be about money or quick attention; sometimes, a productive recommendation (influence) from a celebrity is what some fans genuinely need to better their lives.

What do you think about my suggestion?

The Sorrowful Story Of The First Black African Gold Medalist Who Was Executed By Firing Squad.