I Was Talking To My Children, Not You - Adeboye replies Critics Of His Birthday Message To His Wife 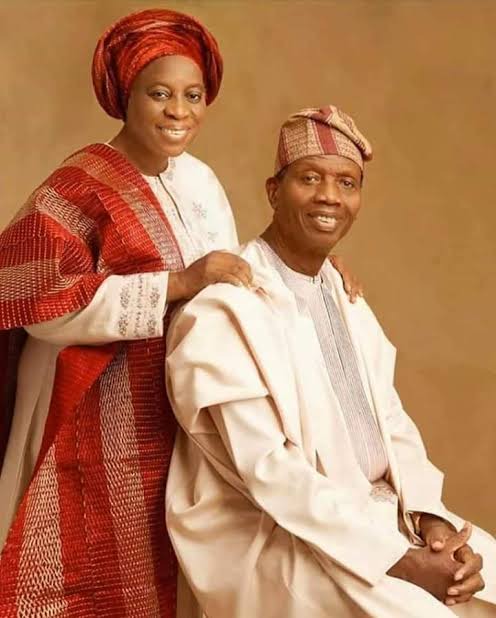 Pastor Enoch Adeboye of the Redeemed Christian Church of God has finally replied people who attacked him with regards to the birthday message he sent to his wife on Monday. According to Adeboye, his message was for his children and not for his critics.

Adeboye was heavily criticized last week after he shared his birthday message to his wife, Foluke, on monday. In the post, Adeboye listed some thing which his lovely wife has always done for him in their marriage which has lasted for 52 years. Adeboye said that his wife's submissive nature and her willingness to still cook and serve him his meals are some of the reasons their marriage have lasted for so long.

After sharing the message, Adeboye was seriously attacked by some members of the public. His critics said that his birthday post focused more on himself instead of his wife who was the celebrant. This morning, Adeboye took time to address his critics during his sermon titled "From lockdown to lifting up". According to Adeboye, he wasn't really talking to anyone else but his children. Adeboye explained that only his children can truly understand the full meaning of his message.

Adebayo went on to state that if there is a way of preaching this sermon just to his own children alone, that is what he would have done. Adebayo also said that there are some things you say to your children and they understand, but if you say the same thing to an outsider, they become angry and fell offended. Adebayo concluded by stating that he doesn't care what anyone thinks about him.

Increases In Nigeria As NDLEA Raids Joints In Lagos, Arrest Fake police, And 660 Others