Zee World: Wednesday Update on Lies of the Heart

By Zee_World_Updates (self media writer) | 2 years ago 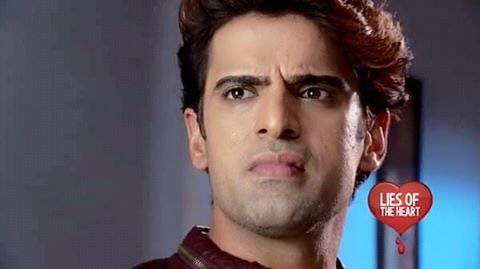 On Wednesday Update on Lies of the Heart, Samrat throws the medicine away and asks Urmi if she is crazy or what? Urmi says it’s just pain killer and asks what’s wrong in it? Ishaan also joins in the fun and says adults can take it. Samrat says he is fine and he doesn’t need any medicine. Tani says if he’s having that much headache, then he needs to take medicine. Damini says if not that strong pain killer, then he can take some other. Urmi quietly laughs and says she will get less strong pain killer for him.

In room, Sandhya praises Urmi for helping her. Damini asks since when she started liking Urmi and it as if Urmi has done magic on her. Sandhya says whatever it is Urmi is not bad but they need to get rid of Samrat and Shashi from the house. Damini says she don’t know when Samrat will leave them.

In Samrat’s room, Shashi asks him how he killed the driver. Samrat explain to his mother that he didn’t kill anyone but he’s trapped. Shashi asks him why he doesn’t change and reminds him that he already went to jail once. Now the police will catch him again. Samrat tells her to shut up and say something good. Shashi decides to leave Mumbai and go back to Jhansi. Samrat asks how she can ditch him. He emotionally blackmail her that she ditched him in his bad time before and now again. Shashi doesn’t listen and starts packing. Tani comes there and thinks Samrat must have said something to her. She tells Samrat to apologize to his mother. Samrat does. Shashi still wants to leave, but Tani says she can’t go.

Urmi and Ishaan come home with sweets. Ishaan calls out everyone in order to tell the whole family that Urmi is pregnant. Anirudh asks him what happened. He tells Anirudh and Damini they are going to become grandparents. Anirudh can’t believe it. Damini blesses Urmi. Anirudh thanks Urmi for bringing happiness in their family. Samrat, Tani and Shashi make faces. Shashi tells Anirudh that he’s lucky. He found out this news from her but when she became pregnant before, she found it out from her family and she had to request her to return home. Anirudh says maybe it’s her destiny and everyone gets what they deserve. Tani leaves in anger. Samrat starts following her, but just then James comes in. Samrat rushes to him.

James greets everyone and tells everyone Samrat owes him 1 crore rupees. Samrat doesn’t know how to react. Anirudh asks how come that big amount. Samrat mummers. James says they are business partners and they are starting restaurant and Samrat still has to give his part and that too by tomorrow. Before it was 40 lakh but they are short of amount, so now it’s 1 crore. Anirudh asks Samrat how he will arrange that much money. Ishaan says Samrat will arrange it as he always keeps his commitments. Samrat agrees and says he will arrange it. Before James say anything else, Samrat forcefully takes him outside.

He asks James what was the need to come when he said he will give him money and asks for some time as 1 crore is big amount. James says he gave him time last time and saw what happened. He tried to kill him. Samrat says that was a big mistake and apologize to him. He tries to convince him for more time, but James doesn’t listen and says if he doesn’t get his money by tomorrow then he will expose Samrat to everyone.

Ishaan helps Urmi sit down, and is jubilant, while she is tensed for James arrival in the house. He asks her to focus in herself, rather than rogues like him, as he doesn't want his son to even have a mention of such names. He says that he wants a child just like her. She smiles. They romance and then thank each other, for this wonderful addition to their lives. 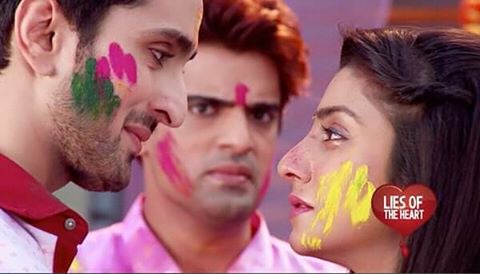 Samrat enters the room, highly upset, thinking about ways to get 1 crore for james. Tani reprimands him for not even bothering to mention or find out why her mood is upset. He is frustrated but puts a smiling face and asks what the matter is. She cribs that he didn't notice that she was upset, as Urmi is going to be a mother. He asks what the problem is and before she can elaborate, Rani comes there and informs them that their father Mr Anirudh has called for all of them downstairs immediately. They resignedly rush down.

Follow my page for daily updates on Lies of the heart. Don't forget to share to others. Thanks.

Content created and supplied by: Zee_World_Updates (via Opera News )