STRANGE Hands Appears In The TELEVISION (Could This Be The Ghost Of Their Grandfather Or What ?)

BEFORE WE BEGIN, MAKE SURE TO CLICK THAT "FOLLOW" BUTTON ABOVE FOR MORE AWESOME CONTENTS, LET'S GO!

In These creepy photos, you will noticed in first picture that it shows nothing out of the ordinary, only a mother holding her baby while sitting on a bed. However, the mother in the photo, Myrna Munoz claims that as they posed for a second photograph her daughter became increasingly restless.

If you look at the television in the second picture below, there appears to be a pair of old, haggard hands inside the screen. You can clearly see the fingers and thumbs on each hand and they look as though they’re masking the lower part of a ghostly face that has dark, sunken eyes. 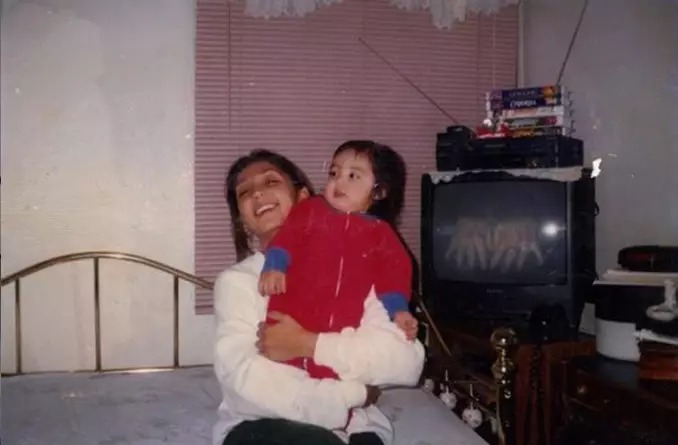 Munoz claimed that around the time these photos were taken, her daughter would often talk and laugh to herself. Occasionally, she would point at something that she couldn’t see and say ‘Grandpa.’ Munoz’s grandfather had passed away sometime earlier and she thought that it may have been him that her daughter was seeing.

Munoz herself was also able to recall several inexplicable events. ‘I often would feel certain things like someone behind me or at times our radio would turn on and I’d be alone. I at one time felt someone sit at my bed, and I thought I was dreaming but I could actually feel the weight on my bed.’

Several viewers have speculated that this photograph may actually show the hands and face of Munoz’s deceased grandfather. However, if this was the case, why would he appear in the television set? Could it be possible that he was trying to make contact with his family from beyond the grave?

Content created and supplied by: Kelvin081 (via Opera News )