After Begging Her With Frog Jump, SEE What Actress Cossy Orjiakor's Ex Did To His Tattoo Of Her Name

By Religiousbeliefs (self media writer) | 1 year ago 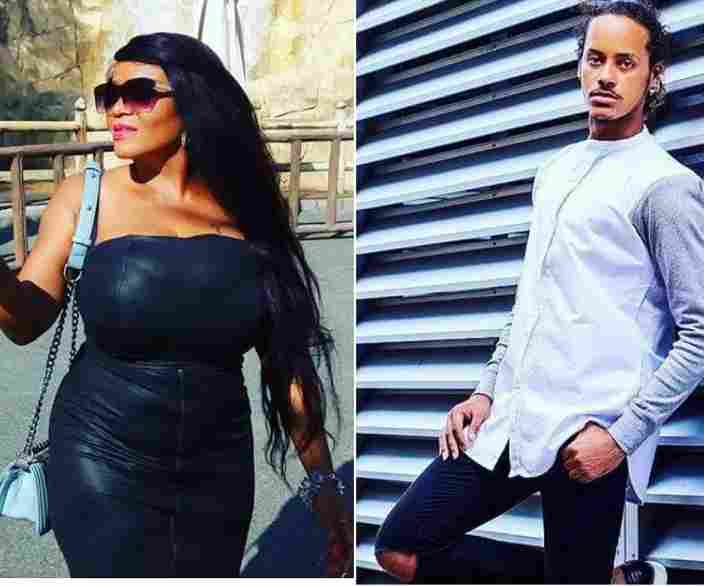 Actress Cossy Orjiakor's ex-fiance, Abel Jurgen has made it clear that he has no intentions to get back together with the singer.

Recall that Abel publicly ended his engagement to the actress over allegations of domestic abuse from her.

He called out the bodacious actress accusing her of getting drunk and then proceeding to bite him severally during an altercation.

He had also threatened to sue her for allegedly subjecting him to domestic violence.

He also described Cossy as a "liar, sl*t and a cheat". Abel further alleged that Cossy featured in a movie when he was just 1-year-old and should be 50 or 60 years old instead of being 36 as she claims.

He has now decided to cover up a tattoo of her name on his hand.

Taking to social media, Abel shared a photo of his arm to show the covered-up tattoo.

He also accused Cossy of hiring people to hack his social media accounts. 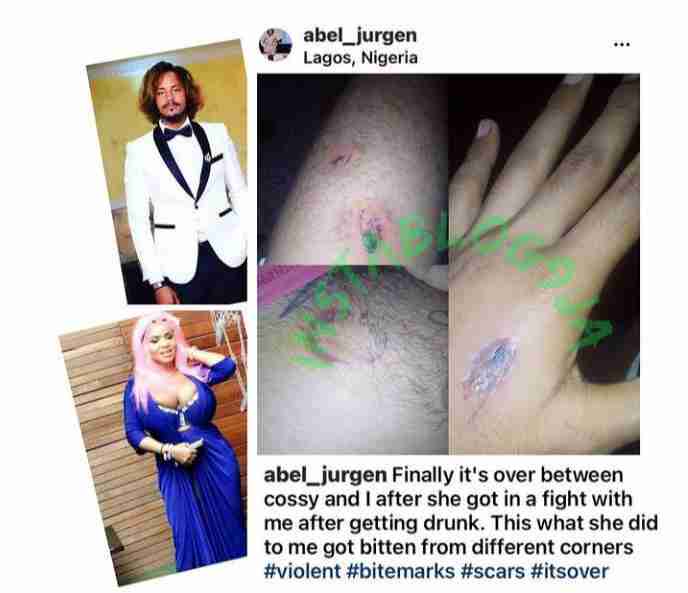 Abel wrote; "After covering up some #tattoos on my body. And after months of not chatting not talking to my #ex she decided to get someone to hack my account though she couldn’t get my Instagram,Facebook and yahoo mail accounts just my gmail account and I lost almost all my contacts, though it’s cool I still got 2 more Gmail's accounts.

Abel's post is coming after he had earlier frog-jumped to beg the actress to take him back.

As earlier stated, Abel had accused Cossy of domestic violence.

However, in a chat with Vanguard, Cossy insisted that her estranged fiance was being childish and craving for attention. 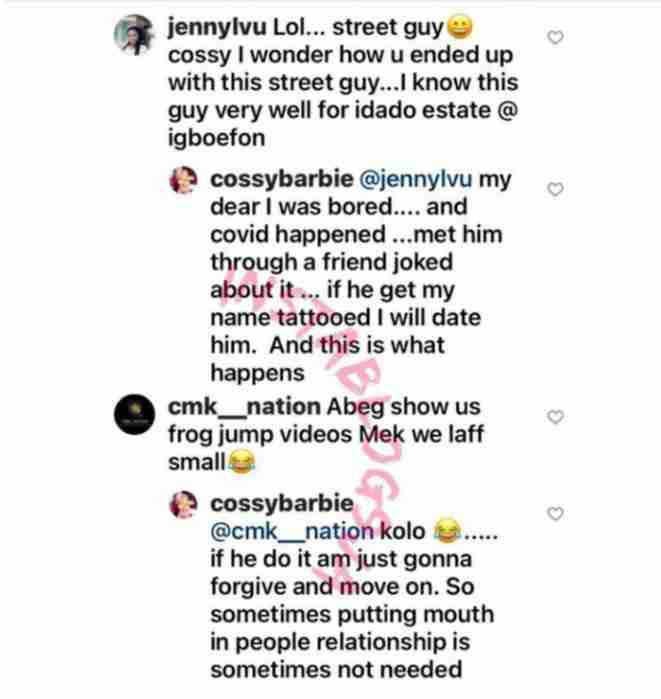 She said; “He is childish. And needed attention. We had issues. I told him to leave my house since Tuesday. I was surprised to see he posted that so we are truly over."

When asked if she really bit the lover, Cossy said;

”I really don’t know. We had a fight. I really don’t want to talk about this… I did not bite him. He is being very childish and enjoying his minutes of fame.

“He started it so he can continue to tell people what happened that lead to the fight."

However, Cossy then stated that she was ready to forgive Abel if he does frog jumps.

She made this known while replying one of her followers while they were talking about the issue on Instagram.

The follower had asked how Cossy ended up with Abel as she knows him as a street guy.

In response, Cossy explained that she met him through a friend adding that she was bored at the time.

The follower, @jennylvu wrote; “Lol… street guy cossy I wonder how u ended up with this street guy…I know this guy very well for idado estate @ igboefon.”

In response, Cossy wrote; “my dear I was bored…. and covid happened …met him through a friend joked about it … if he get my name tattooed I will date him. And this is what happens.

The actress replied; “if he do it am just gonna forgive and move on. So sometimes putting mouth in people relationship is sometimes not needed.”

Well, Jurgen later got to frog-jumping as he tried to win back Cossy's heart.

Cossy shared the video of Jurgen frog jumping and begging her on Instagram.

Meanwhile, barely 24 hours after the begging, Cossy showed the world her new man.

Cossy who shared a photo of the man stated that it is enough hearing from her ex as it is time to meet her ex.

She included love emojis and added, "I just love it when he calls me Queen Cossy. No 1 contender... moving on fast."

The nationality of her new man is not known yet.

Meanwhile, the man in question has referred to himself as a property of Cossy.

His bio on Instagram reads: "I am property of Cossy Ojiakor. Come get me baby.