By Mini_Militia (self media writer) | 10 months ago 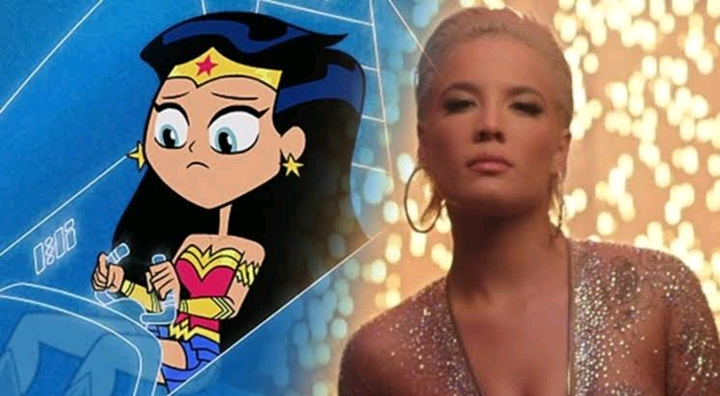 Even though she doesn’t have film credits attached to her name, the Grammy-nominated singer-songwriter still managed to land one of the most iconic roles in pop-culture history, Wonder Woman. Halsey voiced-acted the DC heroine in Teen Titans Go To the Movies, which expanded upon the hugely successful Teen Titans Go TV Series. Aside from Halsey, numerous A-list celebrities also joined the ranks of the shows’ regulars like Nicholas Cage and Michael Bolton, and they helped turn the film into a commercial success. Over the years, Will I.M. has lent his voice to many animated films and TV Shows. In the movie, Madagascar: Escape 2 Africa, Will I.M. had to play Moto Moto, a smooth-talking hippopotamus that all the female hippos can’t seem to get enough of. Trolls World Tour was the sequel to the 2016 Trolls, starring, Justin Timberlake and Anna Kendrick. The movie, Trolls World Tour was also among one of the many films affected by the COVID-19 pandemic, on April 2020, the movie was released online picking up where its predecessor left off. Kelly Clarkson had to play Delta Dawn, mayor of the country trolls – in the animation, she was a no-nonsense woman who isn’t afraid to lay down the law. English singer, Jessie J is famously known for her chart-topping songs than she is for her voice in Ice Age: Collision Course. The animation saw Jessie J voice-acting a sloth by the name Brook, who naturally catches the eyes of another sloth named, Sid. Rio 2 is the sequel to 2011’s Rio. The movie also starred some new and talented performers, among those new batch of celebrities was Bruno Mars. In the animation, Bruno played Roberto.