#EndSars: "I Never received 4Million Naira From Anybody": Uyo OAP Discloses On Twitter

By NOTHERNVIBEZZ (self media writer) | 1 year ago

I bring to you guys latest gist about the EndSars Protest in Uyo, Akwa Ibom State.

A certain On Air Personality (OAP) In Uyo, Akwa Ibom State with the Name Kufre Carter was arrested some time ago over his Criticism against the Government if the state. Recently, Reports came about him allegedly receiving the Sum of 4 million Naira from the State Government so as to Aid in bringing to an End The EndSars Protest. 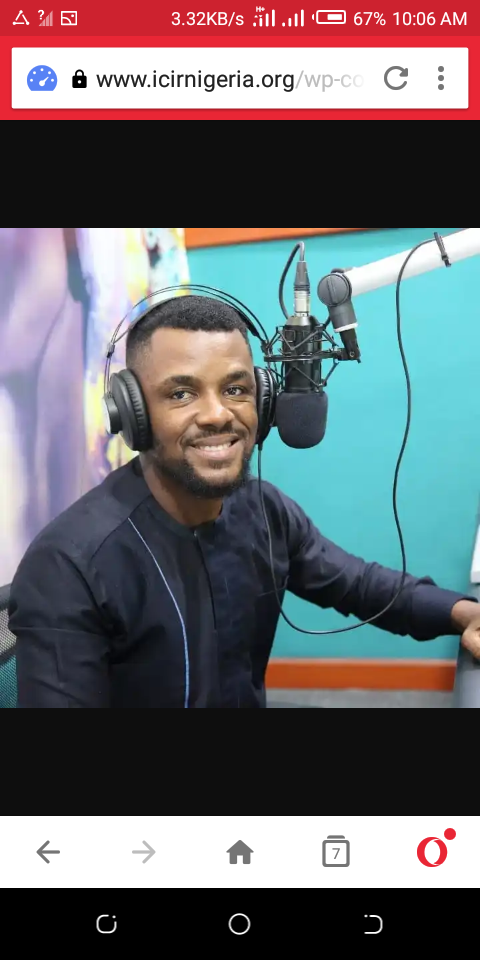 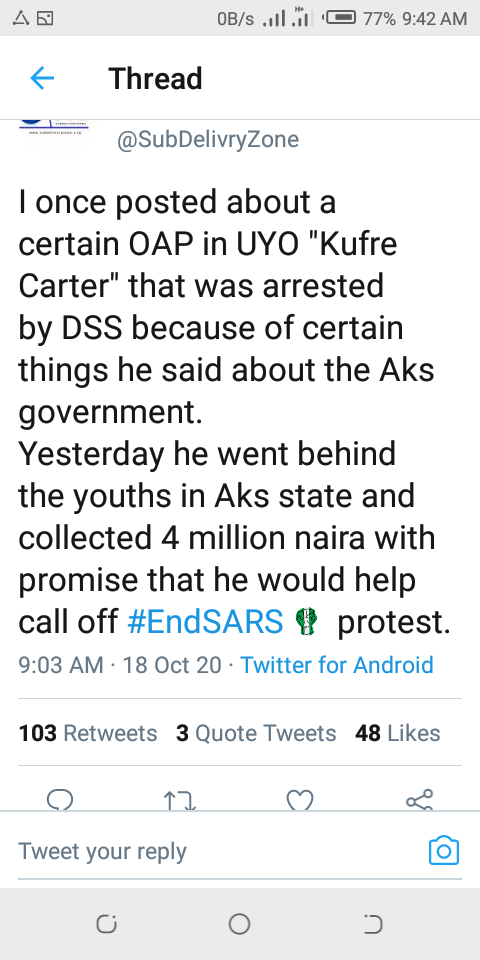 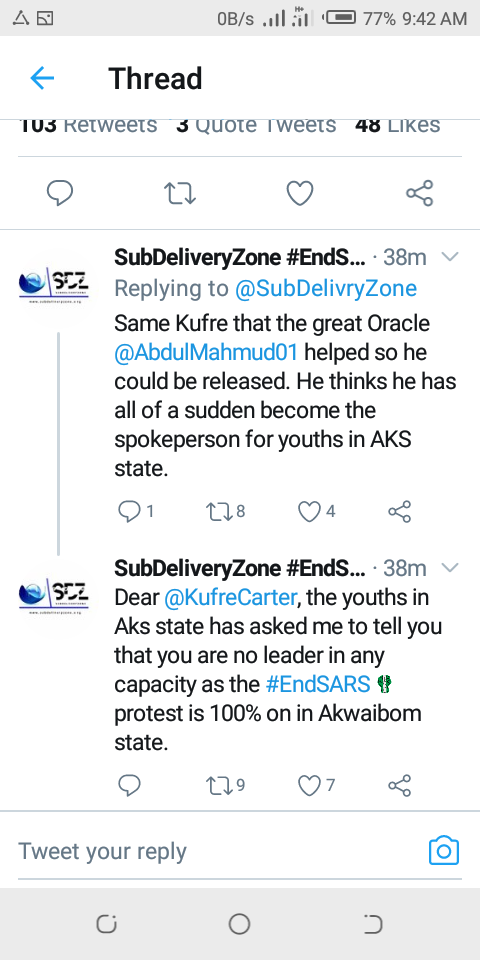 He however denied doing such at the time the reports were made about it. 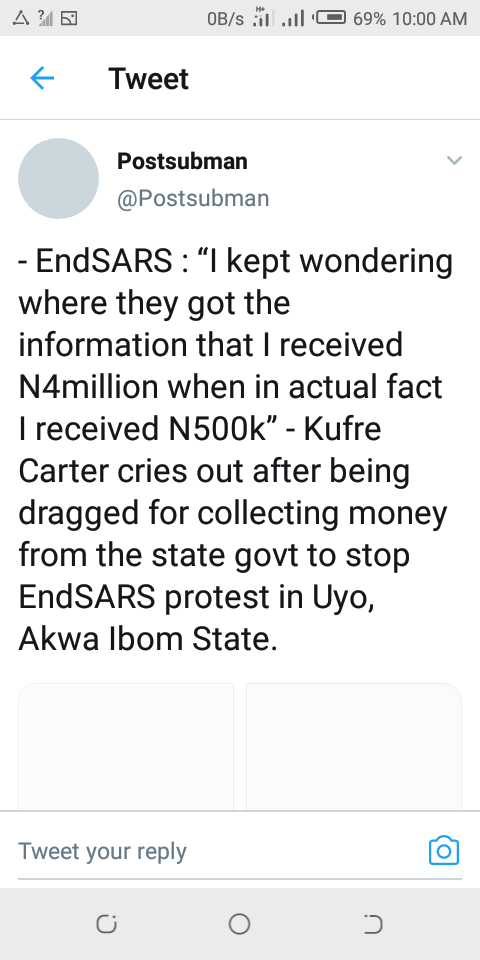 Tiday, he took to his Twitter page to Disclose and confess that he actually collected some amount of money from the government of the state but it was only 500,000 Naira.

He further stated that he regrets the Act and begged the youths of the state for forgiveness.

In the end of his tweet, he clearly stated that he never received 4 million Naira from anyone for any reason whatsoever. 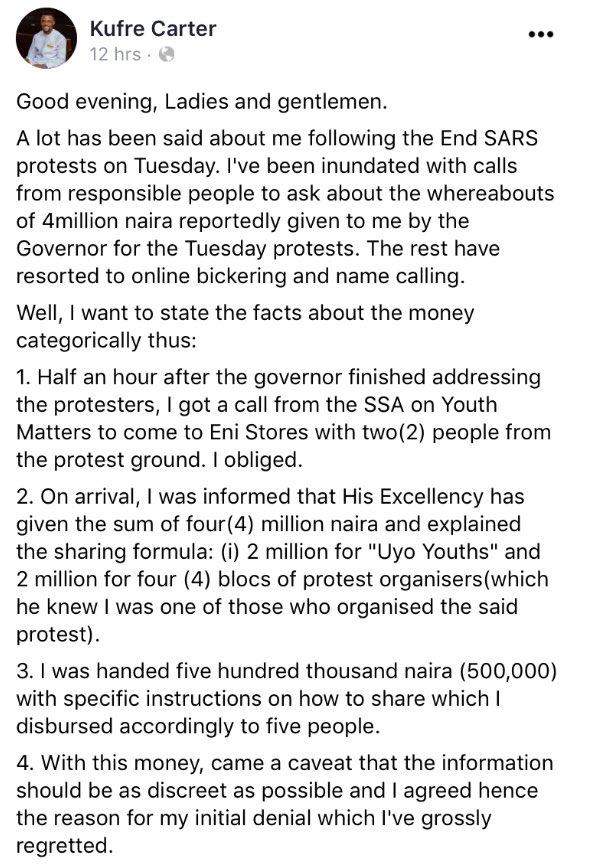 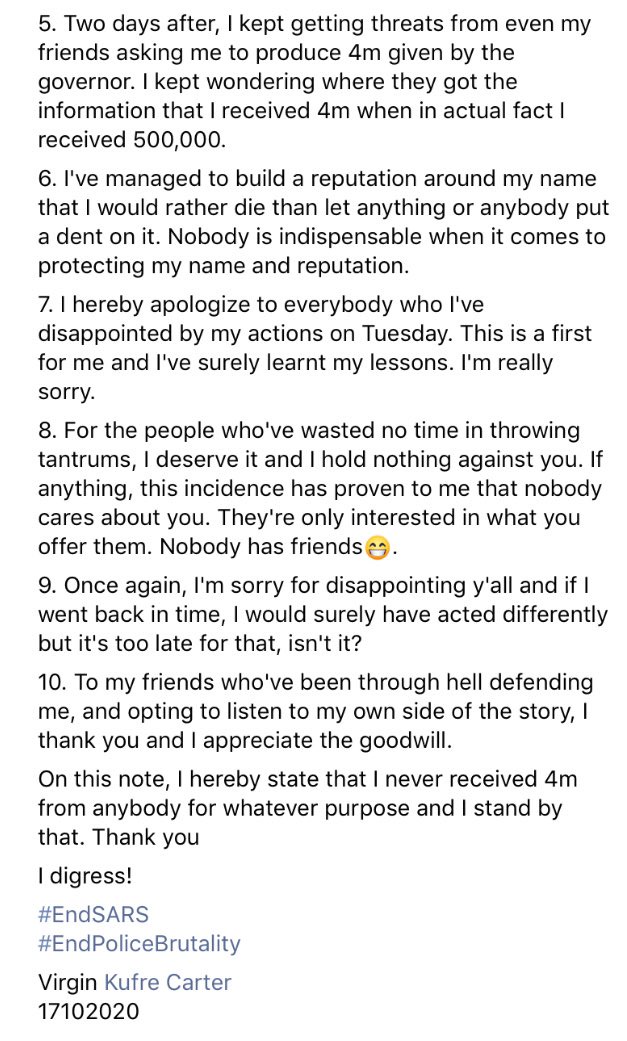 Take a look at reactions from Users on the bird App. 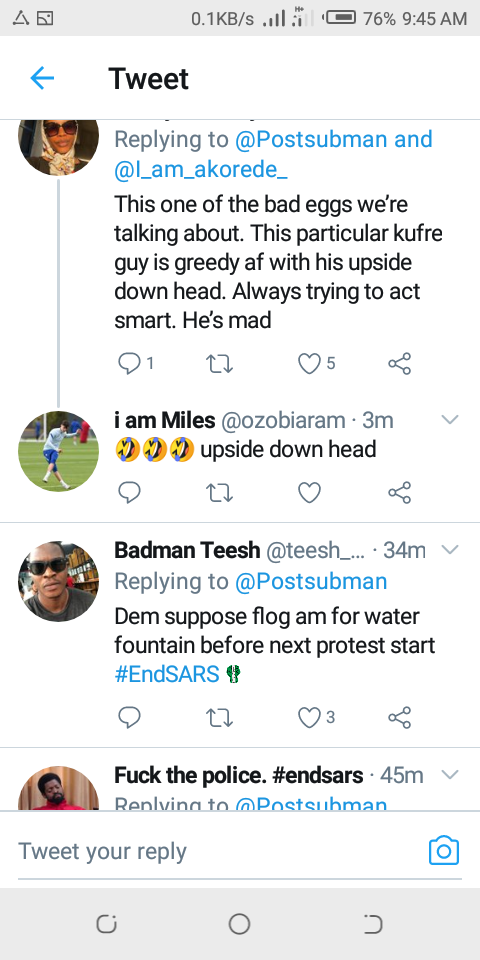 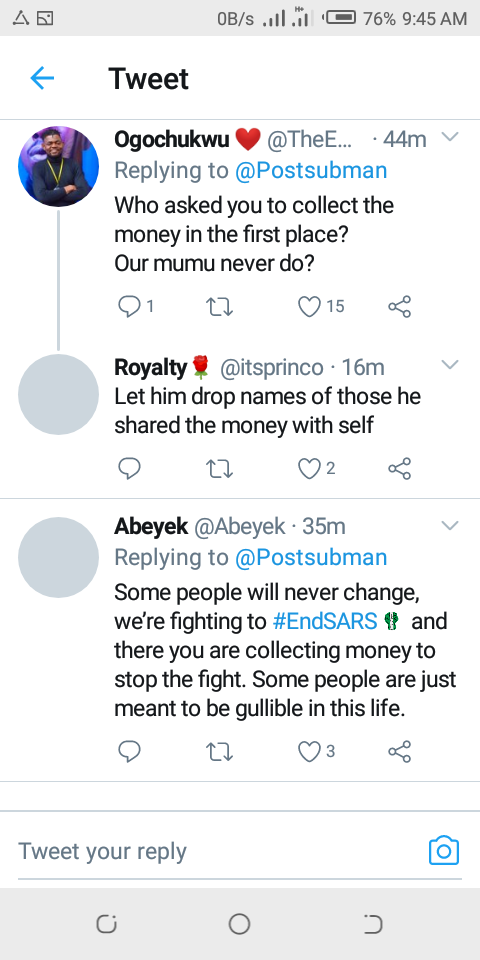 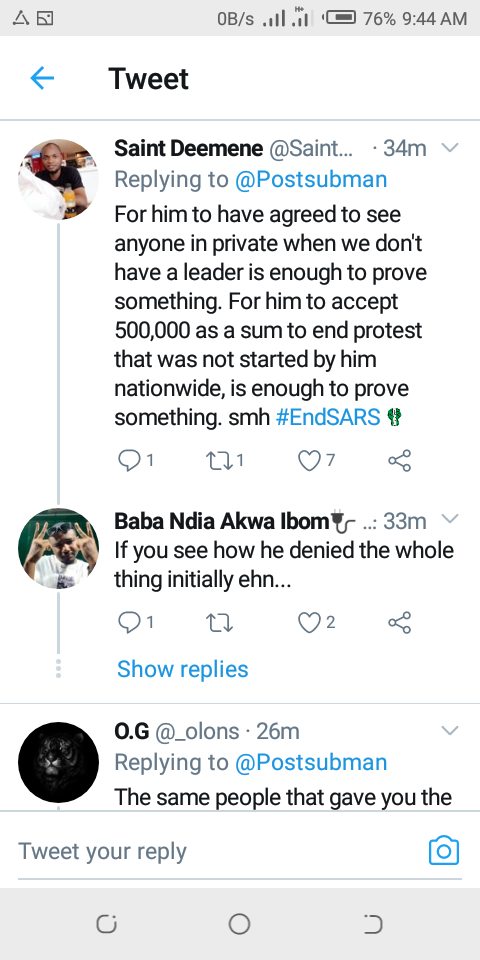 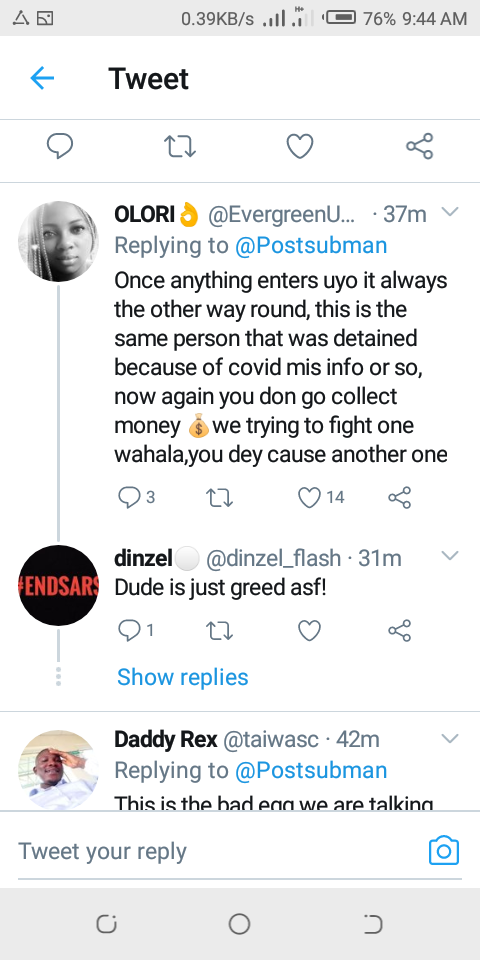 Content created and supplied by: NOTHERNVIBEZZ (via Opera News )