A Look At The Rock’s Net Worth And Salary 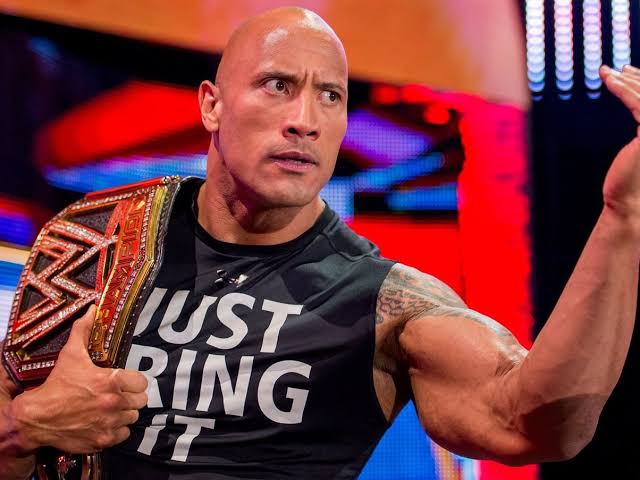 The transition The Rock has made from WWE to acting is impressive, to say the least, and many people know him by his real name, Dwayne Johnson, rather than his wrestling name. Part of that is due to the success he's had in movies and TV shows, with Johnson starring in movies like Fast & Furious, Jumanji, and Ballers. Johnson made his WWE debut in 1996 as Rocky Maivia, not The Rock, and six years later, in 2002, he was proclaimed the Peoples' Champion, giving him the springboard for his on-screen career to begin.

Fast forward to 2021 and Dwayne Johnson is regularly asked to appear in the biggest movies in cinema, and in 2019 and 2020 he was named the highest earning male actor. According to Forbes, the $124 million Johnson raised over the course of 2018 from his movies and the television show Ballers was the largest sum ever recorded for acting in the 20 years they have tracked celebrity earnings. Forbes also later said that Johnson is now able to charge over $20 million for every movie he appears in due to his success in the field. Dwayne Johnson net worth Due to Dwayne Johnson's illustrious career, his net worth in 2021 stands at $320 million.

Dwayne Johnson's projects Dwayne The Rock Johnson earns his money through acting, production and sponsorship deals, but he's now looking to kickstart his rapping career and has even appeared on Tech N9nes' new single Face Off. He also did not hesitate to declare his hope of one day becoming President of the United States of America.