Reactions As Temi Otedola’s Boyfriend, Mr Eazi Splashes Over 8.3 Million At A Club In Lagos

By Mindblower (self media writer) | 20 days ago

Temi Otedola’s boyfriend, Mr Eazi has got many people reacting on the internet over the heavy bills he shows off online. The singer shares a photo of his bills at a club in Victoria Island Lagos where he spent over 8.3 million.

This popped up many reactions from Instagram users as most of them couldn’t help but to react to this post. From the bills shared online, just 8 things that were bought at the club cost Mr Eazi the sim of eight million three hundred and ninety seven thousand five hundred. 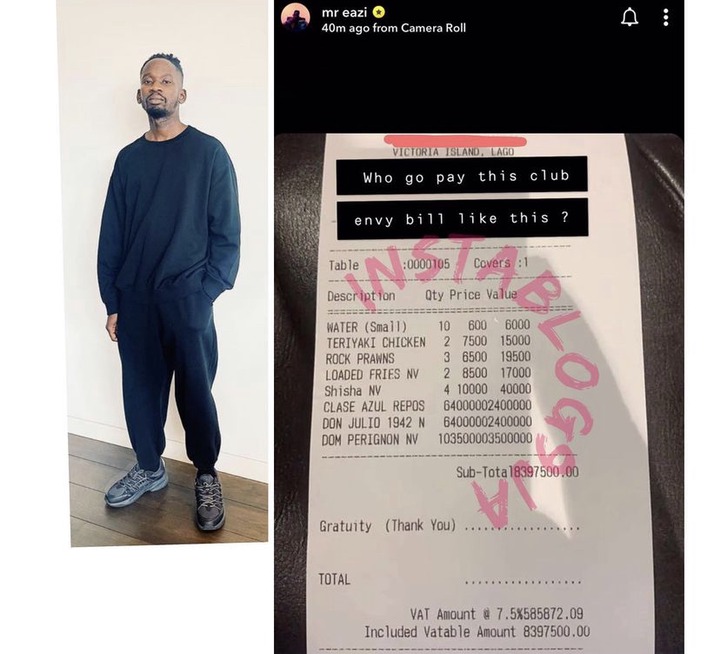 After this surfaced online, it got many people’s attention as they were wondering how he spent such amount in one sitting. According to some of the commenters, one stated that Mr Eazi shouldn’t worry himself that Otedola got him covered. Another reacted saying Mr Eazi would pay the bill himself because he has enough money to buy whatever he wants.

Checkout some of the reactions his posts generated online: 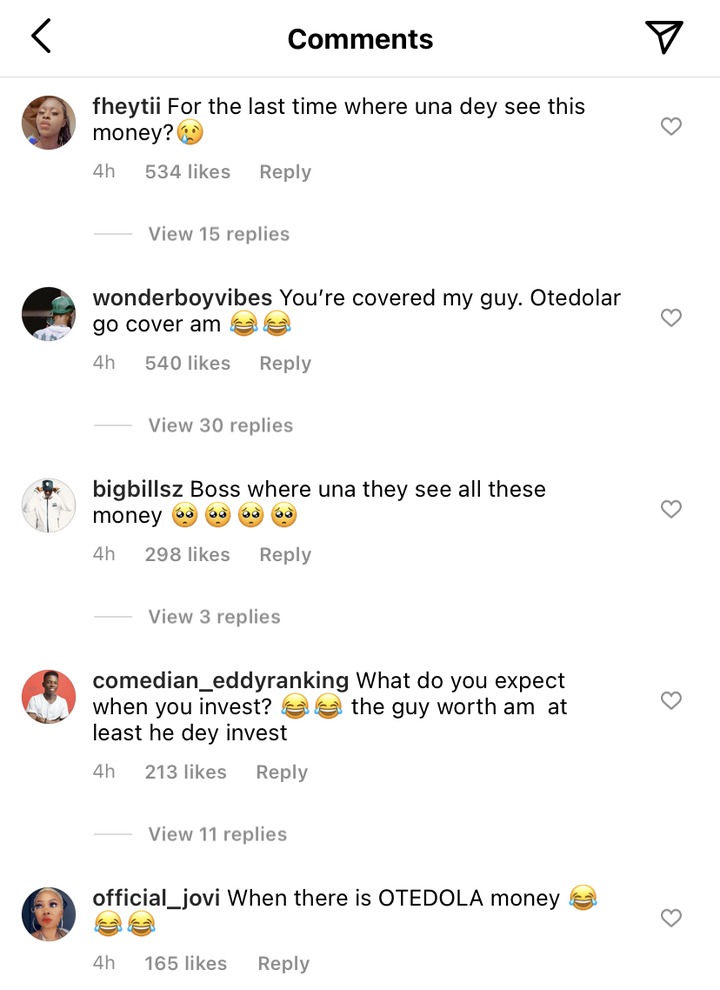 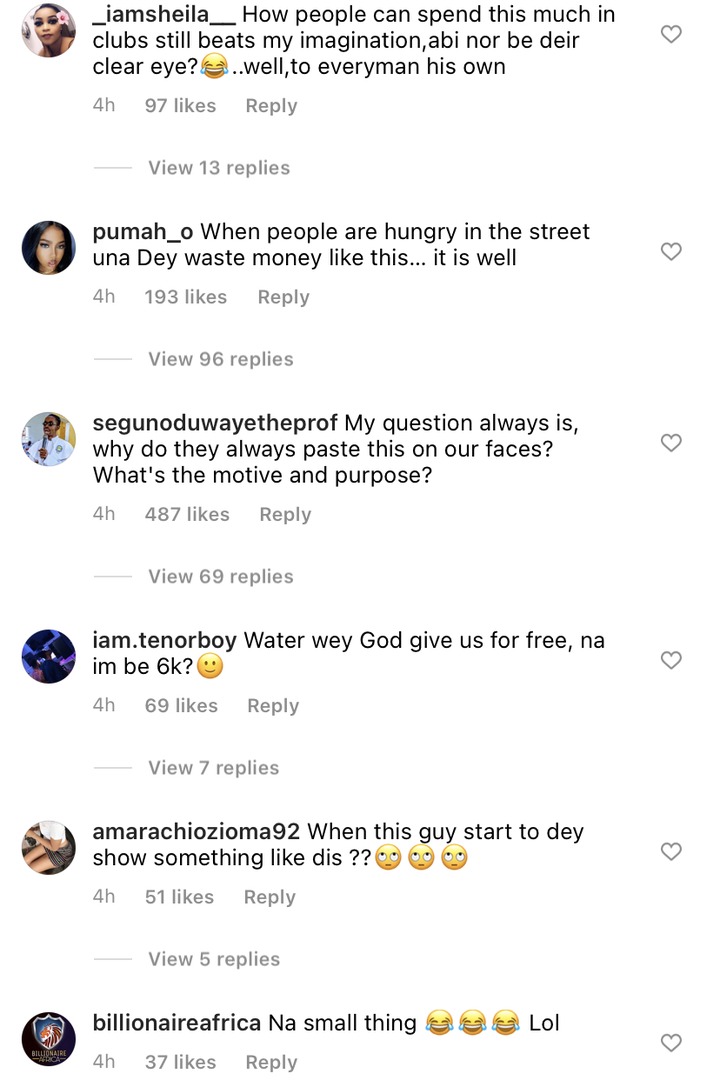 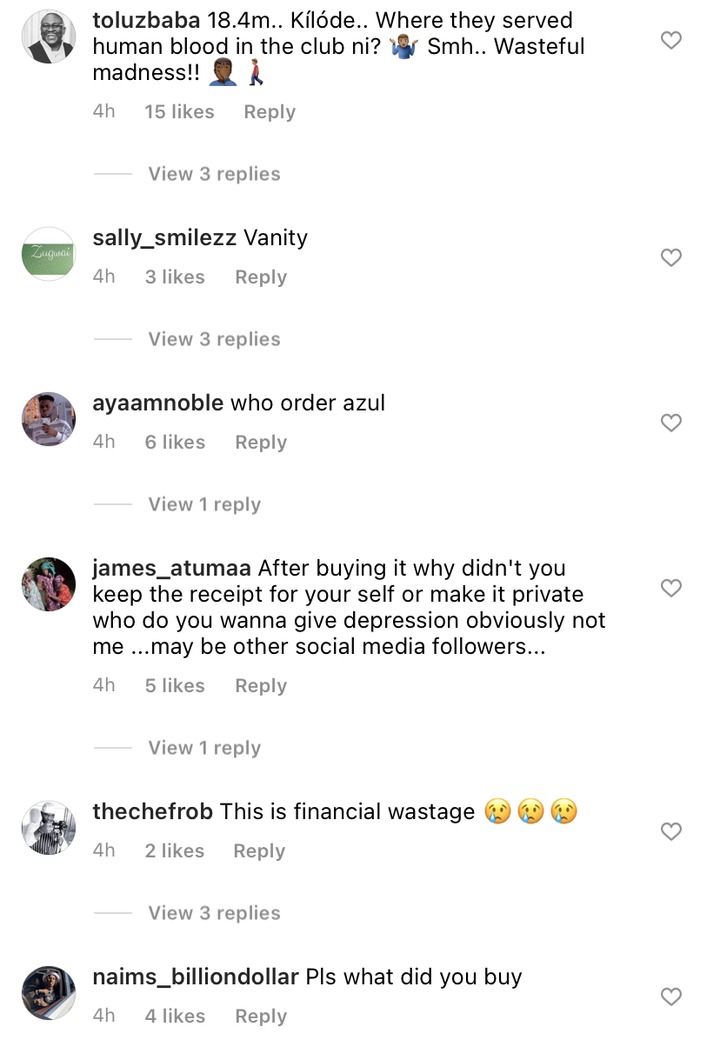 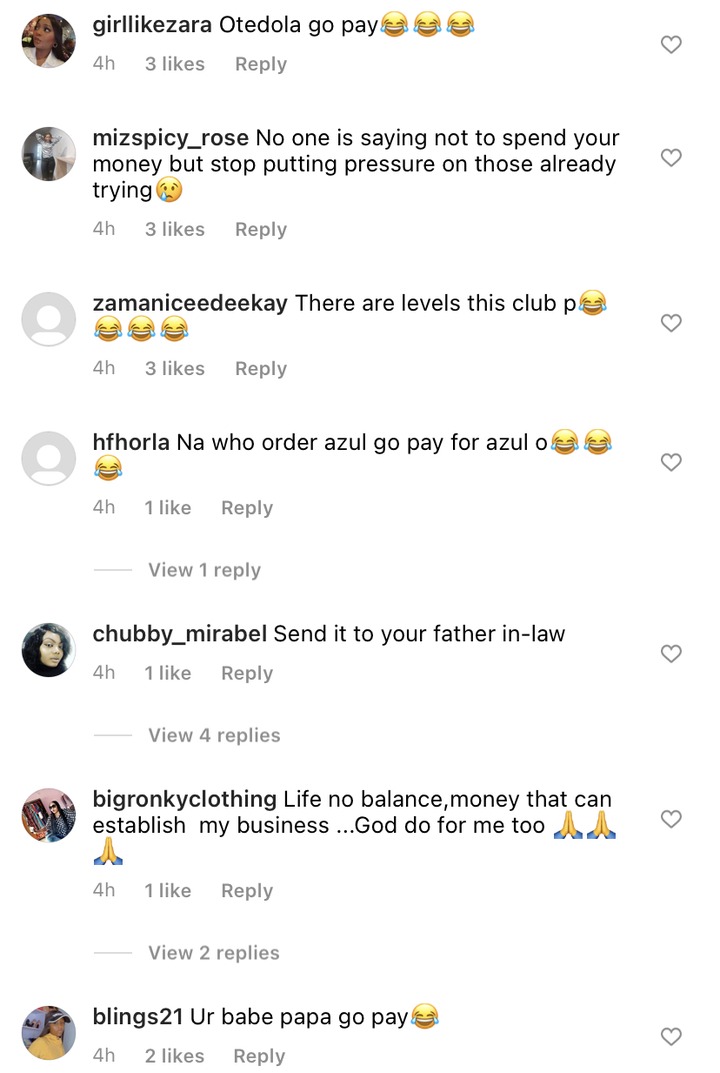 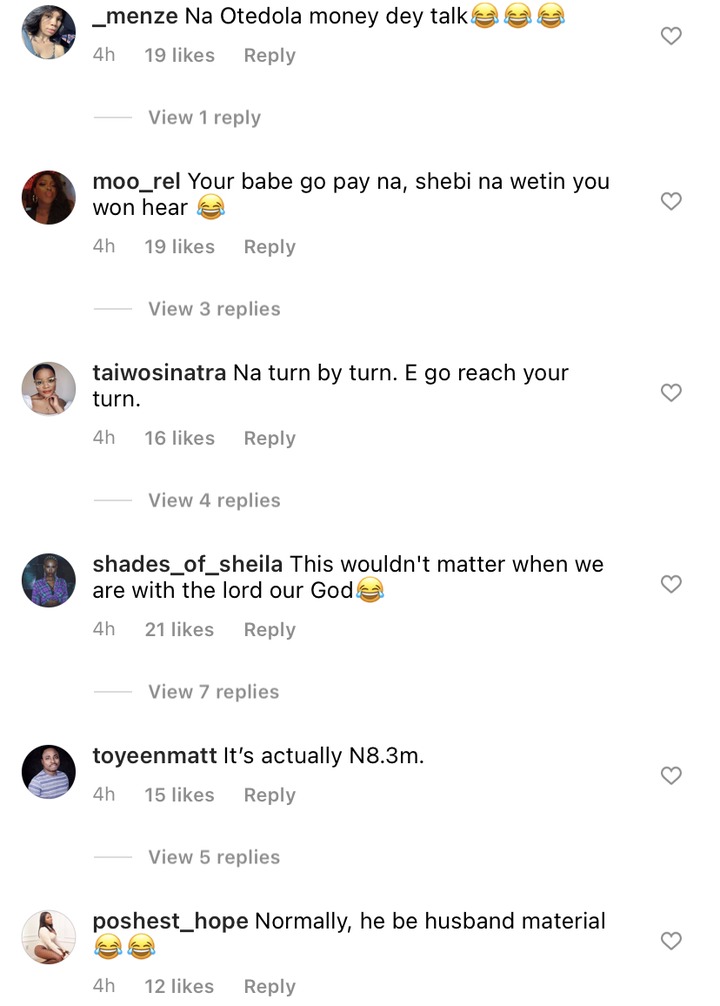 Content created and supplied by: Mindblower (via Opera News )