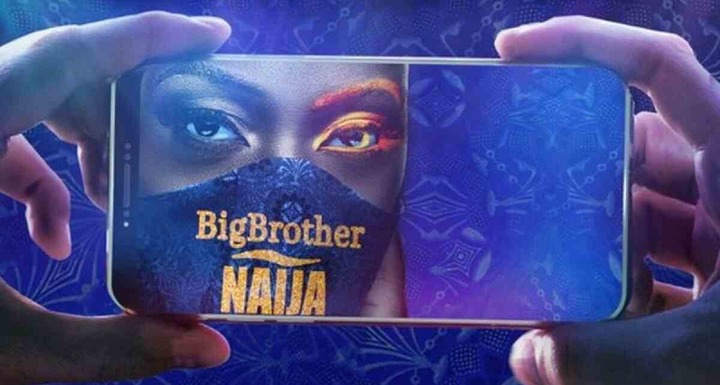 Ten beautiful ladies and ten handsome gentlemen were officially ‘locked down’ on Sunday in a House – for the next 70 days – and, all of them eyeing one thing: N85million grand prize.

Here are the 20 housemates and what we know about them.

Ozoemena “Ozo” Chukwu, 27, is from Imo State. He is a consultant and entrepreneur. One of his greatest achievements is working with a UEFA Federation in Europe.

Victoria “Vee” Adeyele, 23, is a musician based in Lagos. Vee was born and raised in London and moved to Lagos almost a year ago to begin her music career. One of her greatest achievements is performing at the Palmwine Music Festival last year.

Nelson Enwerem Prince, 24, is an entrepreneur from Abia. He’s a model, fashion designer and interior decorator. Prince, a former Mr Nigeria, is a graduate of pure physics from the University of Calabar.

Boluwatife “Lilo” Aderogba, 23, is a dietitian from Lagos. she is also an entrepreneur and describes herself as “a product of God’s grace”. Her biggest achievement: “Starting my own brand”.

Timmy Sinclair is a 35-year-old creative artist and Lagos resident who hails from Bayelsa State. TrickyTee, as he is also known, said his biggest achievement was winning the best director at the NYSC cultural and sports festival in Abuja 2013 for the best stage drama.

Lucy Essien is a 30-year-old entrepreneur from Lagos. Her biggest achievement: “My grill business, getting into Big Brother Naija, graduating with a 2.1 and not falling pregnant after all these years”.

Terseer Kiddwaya, 27, is self-employed and comes from Benue State. His biggest achievement: “Getting into health and fitness has been my biggest achievement. I used to be quite chubby, so I transformed my body and I have been consistent ever since”.

Dorathy Bachor is a 24-year-old entrepreneur from Lagos. She believes she is the only one who should make you smile. Dorathy, who’s already making waves, said her most frequently used word was ‘period’. And as for her biggest achievement: “SHOPFORME – the biggest procurement company in Nigeria … Amen”.

Praise Nelson is a 28-year-old dancer from Enugu. He was a winner at the K-Pop World Festival, South Korea 2015 and won third place at a national Dance Competition in 2010. He is also a fitness and personal trainer and a certified Latin ballroom expert.

Florence Wathoni Anyansi is a 29-year-old fashion entrepreneur. The single mother juggles a fashion business and a parenting blog. She speaks and writes in Swahili fluently. Her biggest achievement: “Providing for my son, being chosen to work in Julius Berger amongst graduates (I was an undergraduate then), giving birth naturally to a 4.3kg baby.”

Tochukwu Okechukwu Tochi, 28, is a rapper and real estate agent from Imo state. He lives and breathes entertainment. He confesses to being clumsy on some days. His biggest achievement: “Being independent and getting an education.”

Kate “Ka3na” Jones, 26, is an entrepreneur from Rivers State. Her dream is to be famous and own the biggest luxury fashion brand in the world. She developed a new habit during the lockdown: “Sleeping naked and reading the bible.” Biggest achievement: “My several properties and my daughter.”

Eric Akhigbe, 24, is a fitness trainer and final year student at the University of Lagos who hails from Edo State. He likes listening to his thoughts more carefully and analysing them deeply. His biggest achievement: “Helping over 100 people achieve their fitness goals.”

Ngozi “Erica” Nlewedim, 26, is an actress and commercial model from London, England. She returned to Lagos after studying screen acting at the Met Film School in London. Her greatest achievement: “Producing my first short film with a team in Birmingham, and being in the movie, Hire a Woman.”

Ezekiel Bright “Brighto” Osemudiame is a 29-year-old sailor from Edo State. He holds a degree in Marine Engineering from Arab Academy for Science Technology and Maritime Transport in Alexandria, Egypt with several other professional certifications. He also had a stint in the aviation sector. Brighto speaks Igbo, Hausa, Yoruba, and Edo languages fluently.

Kaisha Umaru is a 25-year-old entrepreneur from Sokoto state. This adventurous young woman considers herself a great team player who gets along with people. Her biggest achievement: “When I finished my skincare line, I was really proud of myself.”

Emuobonuvie Akpofure is a 26 year old ride-hailing app driver from Delta State. He describes himself as smart and fun. He does not tolerate bullying and inequality.

Tolani Shobajo is a 27-year-old media personality from Lagos state. She says she likes Naira Marley. Tolanibaj is the life of the party and she loves to cook.

Olamilekan Agbeleshe, 26, is a graduate of the University of Lagos. He is a rapper currently signed on to Fierce Nation record label. He believes he is a lot of fun and viewers will enjoy his stay in the house.

Rebecca Hampson is a 22-year-old graduate of the University of Port Harcourt. She is a model turned entrepreneur. Even though her beauty already got viewers talking, she wants people to look past her beauty.