If you have been slapping down terrifying

news stories like you’re playing a frantic game of Whack-a-Mole, then you might have found solace in the engrossing Netflix documentary Tiger King: Murder, Mayhem and Madness .

The series has been such a success that it inspired my mother to send me a meme for the first time, one featuring its star, Joe Exotic. Little wonder that a documentary about a gay, gun-toting, polyamorous, imprisoned tiger breeder with a sideline in country music and running for political office has captured our attention. An audience on lockdown, with no access to their usual entertainment, without sport, without live music, festivals cancelled, Wimbledon cancelled, the Edinburgh fringe cancelled, at a time when watching the evening news requires a run-up of Greg Rutherford proportions, has gobbled it up. I can’t think why.

The rivalry between Joe Exotic, the private zookeeper of the title, and Carole Baskin, who runs a big cat rescue sanctuary, is so extravagant and multifaceted that even though the directors have called it “Shakespearean”, you get the impression Shakespeare would have thought, nah, I’ll leave it thanks. Every episode piles on the intrigue with such disregard for any sense of proportion that it is hard to watch without one’s jaw lolling open.

Whether it is a true and honest representation of the story is about as clear as your conscience if you’ve ever paid to pose with a tiger cub. Baskin has called the series “salacious and sensational”, which, given that it airs a theory that she fed her ex-husband to her rescue tigers, seems like a reasonable complaint. Rebecca Chaiklin, who co-directed the series, has responded , saying they were “completely forthright with the characters. With any project that goes on for five years, things evolve and change and we followed it as any good storyteller does.” This post-release saga was surely inevitable, given how litigious the participants in the series are in the series and could prove to be almost as gripping as the show.

It has been bleak to realise that some viewers are treating Exotic as a hero; I dread to think how he would perform if he were allowed to run for office again. But the utter madness of Tiger King has been a distraction for when distraction has been needed and everyone has to to switch off, if just for a moment. 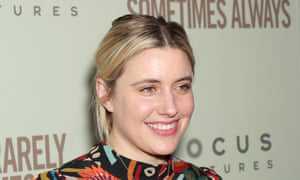 Remember when a news day could be dominated by the story of a disposable coffee container appearing in the background of a blockbuster fantasy TV show set in medieval-ish times, when mead was supposed to be glugged from pewter cups, rather than macchiatos sipped out of paper ones?

Game of Thrones should be grateful to Greta Gerwig for proving that making a gaffe like that is easier than you would think. Gerwig’s outstanding adaptation of Little Women , so good it made me cry twice, once because it was sad, once because I was so happy that it was so good, has been rumbled for leaving a plastic bottle and a flask in the background of a scene.

Madelyn Rancourt, a superfan who said she saw the film seven times, posted a video to TikTok in which she pointed out that in one scene, behind Timothée Chalamet lurks a plastic water bottle and a reusable water bottle. Certainly a boo-boo, as Louisa May Alcott’s story is set in the early 1860s, but the big question is, why are they both there, to do one water bottle’s job? 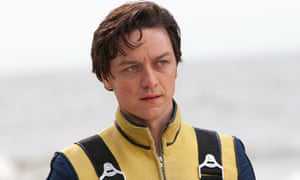 Don’t panic, but the very future of celebrity is in peril right now. The rules are shifting beneath the Louboutin-clad feet of the rich and famous. You cannot so much as post about jumping the queue by paying for a private coronavirus test without people shouting about your privilege, the hashtag #imprisonaceleb has been trending and don’t get me started on what happens when, like David Geffen, you point out that you are

isolating on a superyacht

While everyone has learned the hard way that a sincere singalong is not quite what is needed right now, some people in the spotlight have brought out the philanthropic big guns. James McAvoy not only donated £275,000 to a fundraiser for protective equipment for NHS staff – and the fact that fundraisers are necessary is obscene and will haunt this government – but has also applied to be an NHS volunteer. By all accounts, the body coach Joe Wicks ’s daily PE lessons on YouTube are saving the sanity of many parents and he is donating all advertising revenue from them straight to the NHS.

In the US, Dolly Parton has donated $1m to Vanderbilt University, to help fund research into treatment for the coronavirus, and has encouraged other people “who can afford it” to do the same. Britney Spears has offered to buy food and nappies for people in need, if they DM her on Instagram. Just when you think it’s all over for famous people, decent celebrities make a last stand.

• Rebecca Nicholson is an Observer columnist

Content created and supplied by: Mubaraq22 (via Opera News )