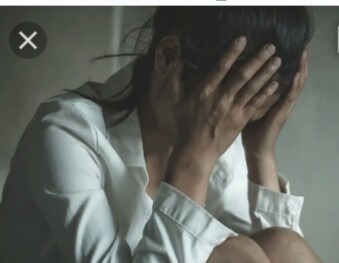 Tristan is one of my biggest clients. He always pays on time, and he always keeps his word.

But this time, he’s short on cash.

He needs the shipment now, so he offers me collateral.

He loans me his slave.

Now that pearl and I are so close, I can’t condone this type of exchange. It’s wrong.

But she wants me. I can tell.

And I definitely want her.

*Buttons and Shame is told from Cane’s point of view, but Crow and Pearl have their own POV’s to develop the overall story**Books in Series:Buttons Series by Penelope SkyBooks by Author:Penelope Sky Books

“Place that dresser here.” I moved to the spot where our old dresser had been and pointed it out for the movers. They carried the heavy, rustic piece of wood and placed it directly against the wall.

“Great. And then the nightstands go here.” I directed the movers to place the last two pieces of furniture where they belonged then got to work on returning Crow’s boxers and socks into the drawers, along with the rest of his clothes. The master bedroom had been distinctly masculine, with black dressers and a matching headboard, and since this place was half mine now, I wanted to change it up a bit.

Lars appeared in the doorway, his hands behind his back. “Mrs. Barsetti, I probably don’t need to tell you that His Grace won’t be too pleased with this.”

I folded Crow’s sweat pants and stuffed them into the drawer. “You’re right. I’m fully aware of the consequences.” I shut the drawer then placed the brand-new vase of flowers on the dresser. I added my little touches. A few Mediterranean pieces that tied the room together and truly made it stand out. Crow wouldn’t be happy about the changes. He hated change in any capacity. But he’d deal with it.

Lars did a lot of things for me around the estate that Crow didn’t know about. I was an excellent secret keeper and never threw our faithful servant under the bus. He was family, as far as I was concerned. He’d stitched that knife inside my wound, the very one I killed Bones with. To this day, Crow thought I pulled that off by myself. “Of course.”

Lars continued to linger in the doorway, standing upright and tall like old age hadn’t affected him just yet.

“Did you need something, Lars?”

“Cane is here to see you. He wants to have lunch.”

“Oh, that’s great.” I was finished with the bedroom, so the timing couldn’t be better.

Lars looked uncomfortable with betraying his master. “Perhaps you should let His Grace know?”

Crow didn’t like it when I was alone with any man besides himself or Lars. Even though Cane was his brother, he still wasn’t good enough to trust. Crow might never truly forgive Cane for what he did to me. But if I could let it go, he should be able to let it go too. “That’s unnecessary. I’ll be down in a moment.”

“Yes, Mrs. Barsetti.” Lars gave a quick bow before he walked out.

Crow and I saw family in different lights. Since I didn’t have anyone, family meant a lot more to me. Cane was the closest thing I’d ever had to a brother. In fact, he was my brother. Life was too short to hold grudges—even if Cane had almost killed me.

I walked into the dining room where Crow and I usually had breakfast together. “Hey.”

“Hey, sis.” Cane stood up and hugged me. He was more affectionate, considerate, and gentle with me than he was with anyone else. It didn’t even seem as if he liked Crow most of the time. “Is Crow driving you mad yet?”

“Not quite.” I took the seat across from Cane and saw the two wineglasses Lars had already poured. One thing I liked about Tuscany was the relaxed attitude about wine. It didn’t matter how early it was in the day. It was perfectly acceptable to drink wine for breakfast, lunch, and dinner. “But I just redid our bedroom, and he’s not gonna be happy about it.”

Cane took a long drink before he wiped his mouth with the back of his hand. “Well, he has a wife now. He’s gonna have to get over it.”

“I’m sure there will be an argument. But I’ll do something nice for him, and that will shut him up real quick

Cane winked then tapped his wineglass against mine. “You understand men very well

A basket of fresh bread was on the table along with olive oil and balsamic vinegar. We pulled pieces onto our plates and ate like we were in a restaurant. Even when Lars wasn’t expecting company, he was always prepared. “What’s new with you?”

“The weapons business has really changed. With Bones out of the picture, it’s a bit chaotic.”

“Well, he was one of the biggest players in the trade. Without him, smaller factions are now competing for the top. They’re trying to steal his contacts, his clients. It’s pretty much a free-for-all.”

“How does this affect you?” It was easy to talk to Cane because he was always honest. He didn’t withhold information the way Crow did. He spoke his mind candidly and was easy to read, unlike his brother. I only knew how to read Crow because I had so much practice.

“I’m not big fans of these clients. They’re involved with the underworld even more than I am. I wouldn’t be surprised if we found another enemy on our hands. One that’s more ruthless than before.

Content created and supplied by: Biola123 (via Opera News )