He Is Shameless: See What LilFrosh Was Asking For In A Leaked Chat Between Him and Geminme

The controversial issue that has ensued between the signed artiste of the Davido's 30Billion Gang, LilFrosh and his girlfriend, Geminme has strikes up reactions from a lot of people, who criticised the former over his frivolous action. 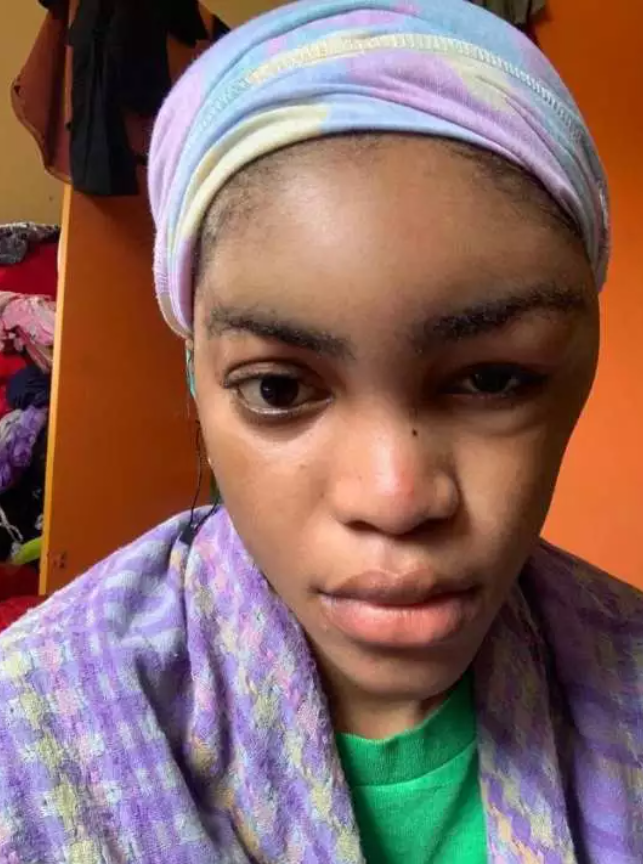 No man that beats up a woman has shame, these type of men are shameless. This type of action is frowned upon by the society, law and the entire populace Ianthe community. Parents often warn their children never to maltreatment their partners, but here we have Lilfrosh, celebrity that Bernard up him girlfriend.

In light of this, a leaked conversation between these two lovers has surfaced online, whereby Lil Frosh was asking for forgiveness from her, begging the lady to return back to him and forgive him for the wrongs that he did. 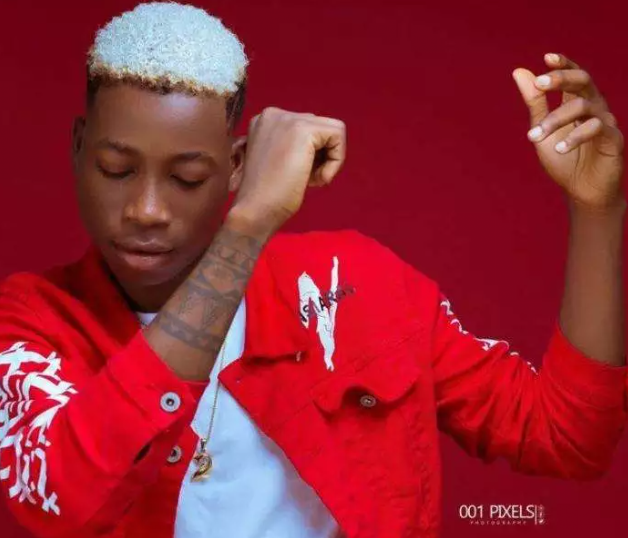 He pleaded with her that he would never do anything like that again, but Geminme asserted that she is scared of returning to a relationship witt him after all she has been through.

But Lilfrosh was not sorry for his action, because he soon returned to a threatening position during the chat, asking the lady if she thinks she is the only lady he can date and blaming himself for wasting his time begging her in the first place.

Below is a screenshot of the leaked Whatsapp chat between the duo after the fight: 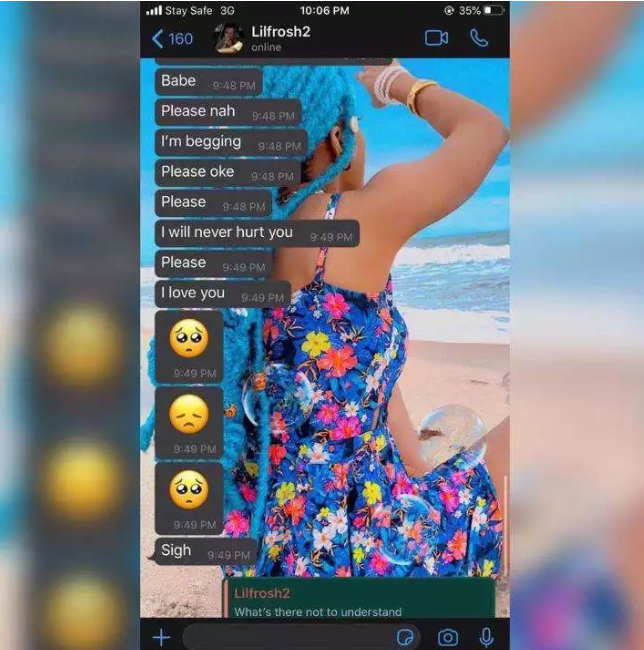 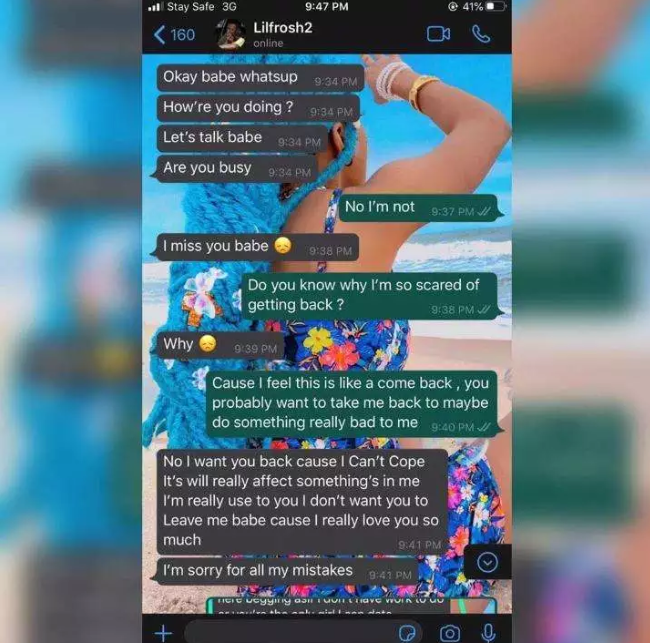 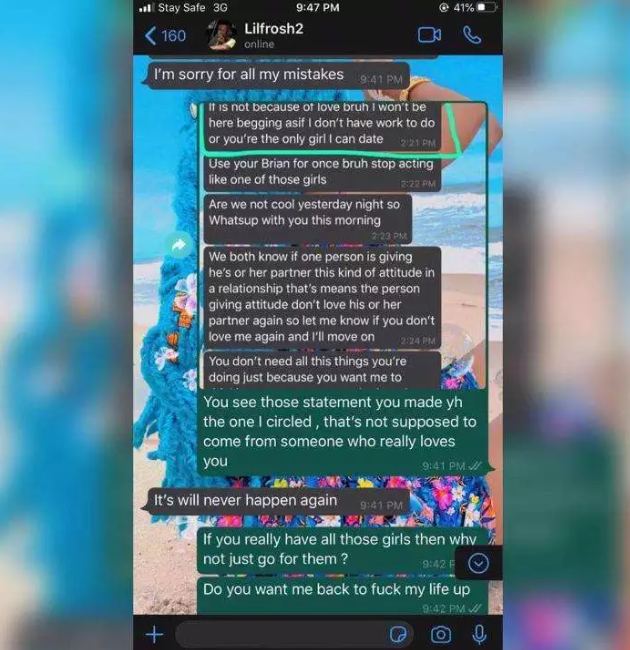 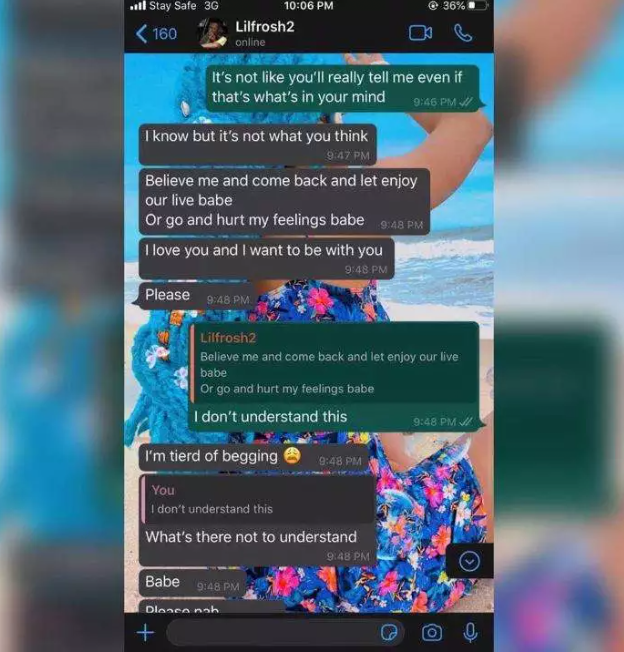 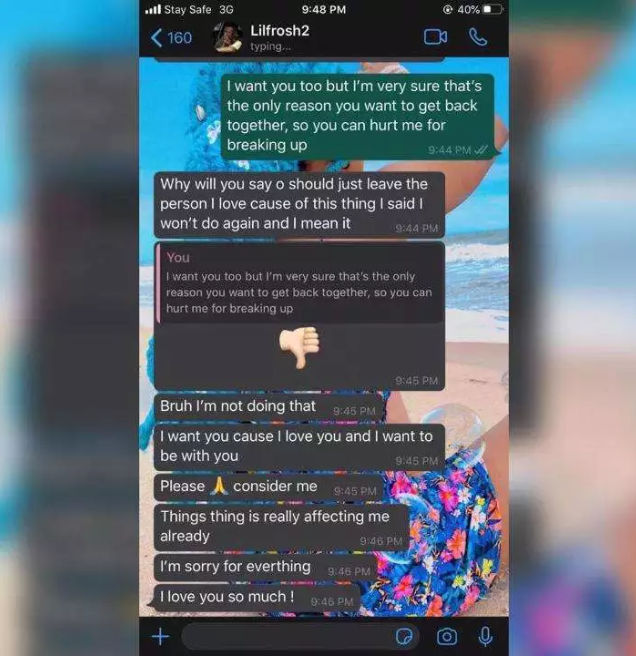 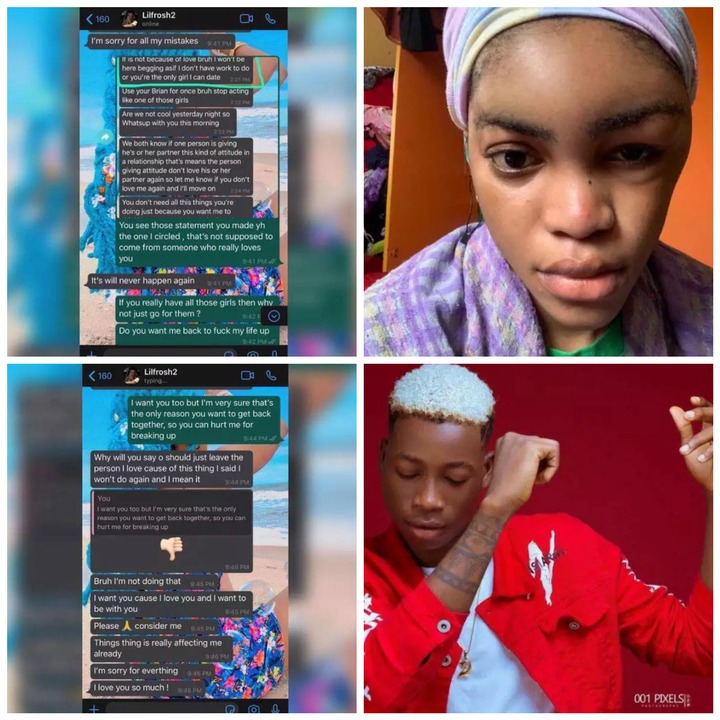 What Is Your Opinion on this leaked chat? Would you advise Geminme to return to Lilfrosh despite her suffering?