2 Things To Note From The Public Apology Bobrisky Tendered To His Former Bestie, Tonto Dikeh

By Richiehenshaw (self media writer) | 27 days ago

Controversial crossdresser Bobrisky has apologized to his former friend, Tonto Dikeh for the insults he hauled at her. It should be recalled that some days ago, Bobrisky had taken to Instagram to drag the Nollywood actress following the crash of their friendship. He claimed that he was asked to insult Churchill's wife, Rosy Meuer, after Tonto Dikeh's marriage to Churchill went sour, and also accused the actress of living a fake life and owing him millions of naira. 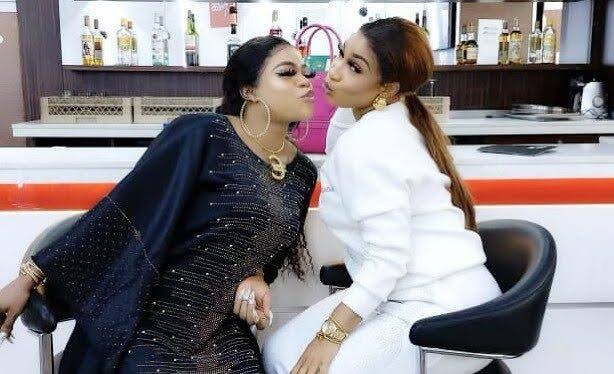 Some people had criticized his actions, saying that he was not supposed to say such things against someone who was once his friend even though the friendship has gone sour. And some even asked him to tender an apology to Tonto Dikeh.

In a post which he shared on his Instagram page, Bobrisky has tendered a public apology to the Nollywood actress. And in this article, we are going to look at two things to note from the apology. 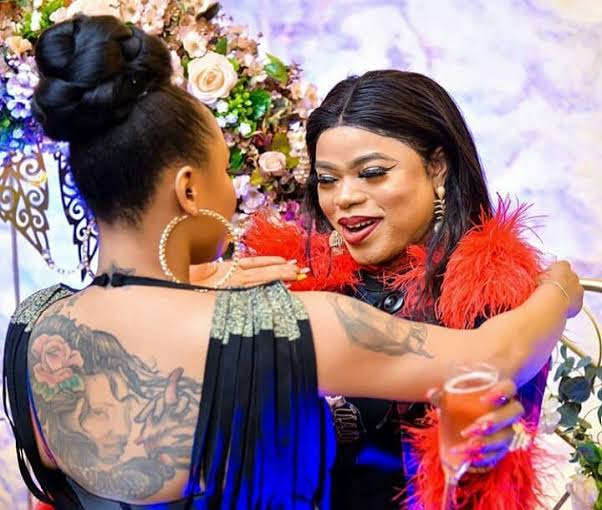 1. He didn't apologize so that he and Tonto Dikeh could get back as friends, but he did so because he realized that what he did was wrong.

Bobrisky said that the reason he came out publicly to apologize to Tonto Dikeh is because it was on social media that he called her out. He added that after humiliating Tonto Dikeh, he later realized that what did was not proper. 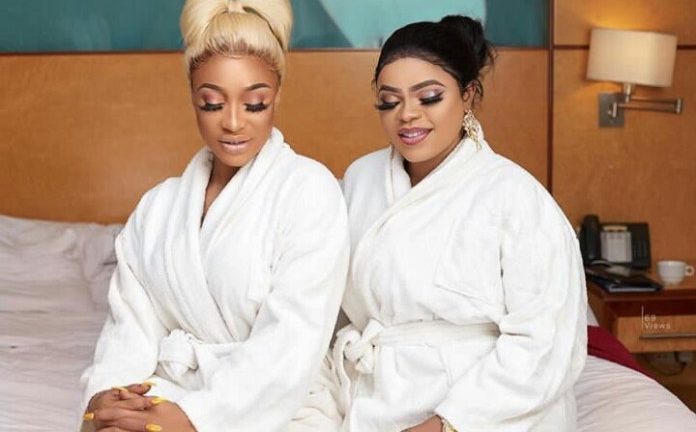 Photo credit: The Will Nigeria. 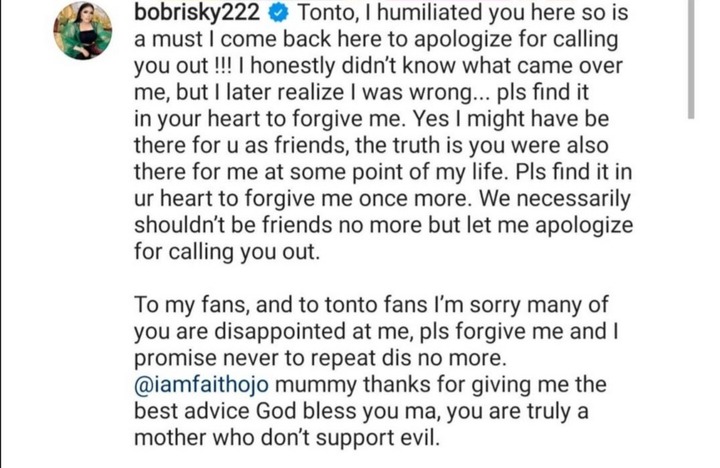 2. He promised that such behaviour from him will never repeat itself anymore. Bobrisky is aware of the fact that many people were unhappy with him because of his actions, especially Tonto Dikeh's fans, and he has solicited to them for forgiveness, and at the same time promising that she will never repeat such actions.

What do you have to say about this apology from Bobrisky to Tonto Dikeh? Please feel free to share your thoughts with us.

Antonio Conte Open to Taking Over From Solskjaer as Players Doubt The Manager's Capability.