She's Not a Glutton, But Check Out 10 Different Photos Of Dinma's Before and After Eaten Challenge

By Femfirst (self meida writer) | 1 months

So many people are in love with food, and hence they love eating, not that they are glutton, but it's just only normal for one to eat so as to have strength, and of course we "Eat to live, we don't Live to eat" so many of us would have seen or come across a beautiful damsel on micro blogging site Twitter, with the handle Dinma. 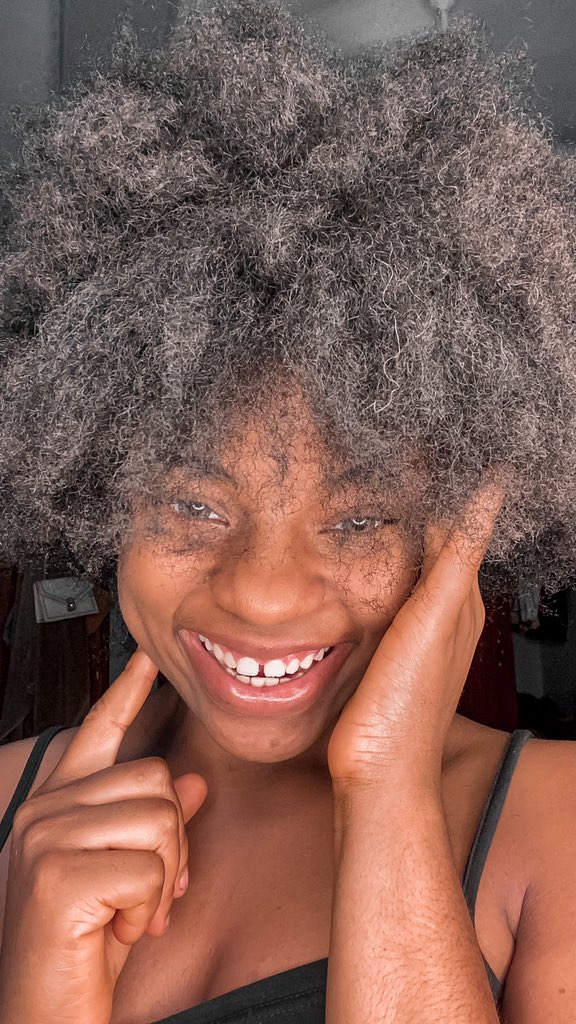 The foodie, who according to her Twitter bio is an undergraduate Statistics student of the Nnamdi Azikwe University, she has of lately been capturing herself whenever she's about to eat a particular kind of delicacy, where she'll snap herself with the food on the table with the caption "How it started, and how it ended". 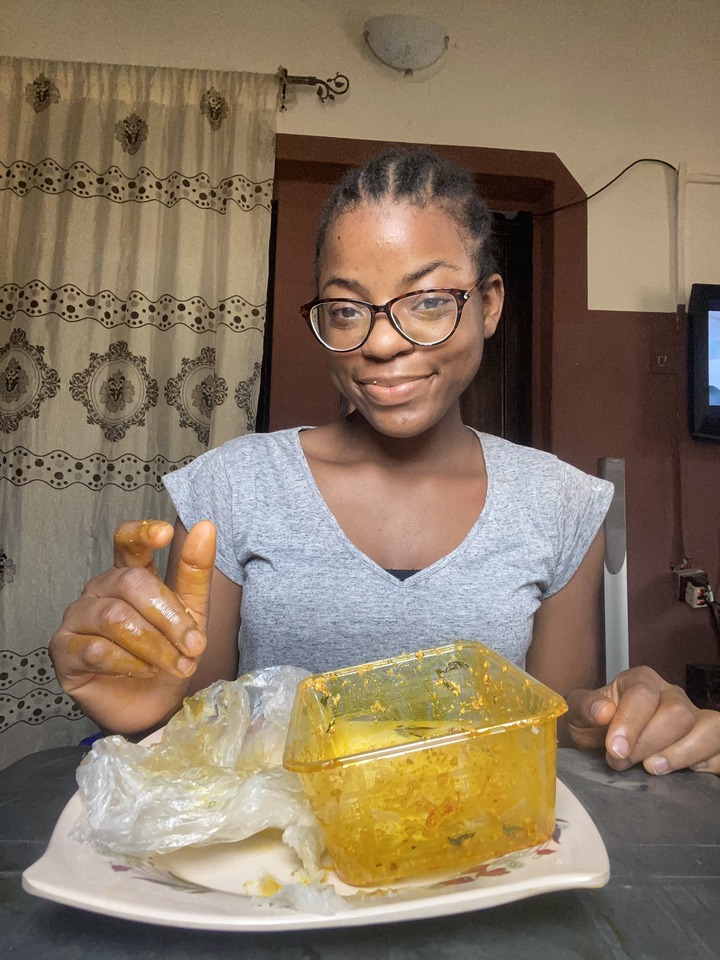 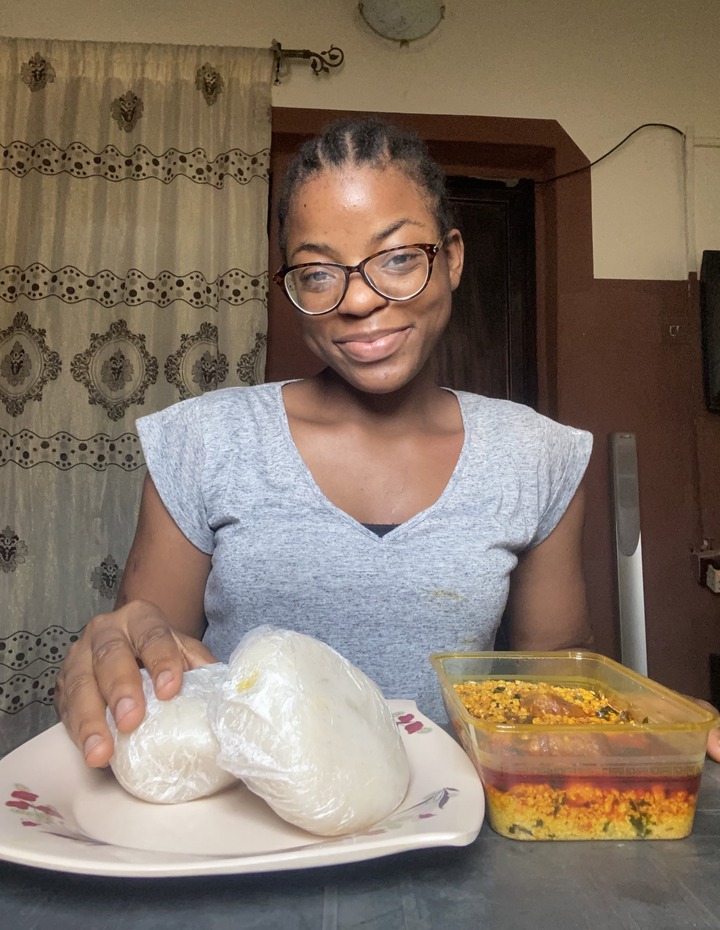 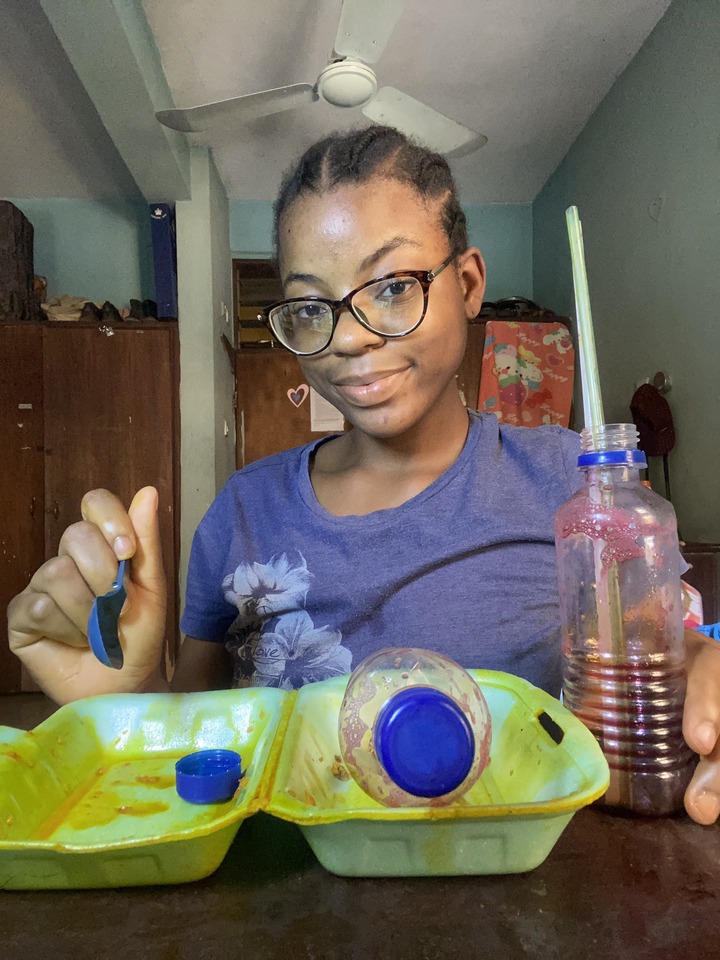 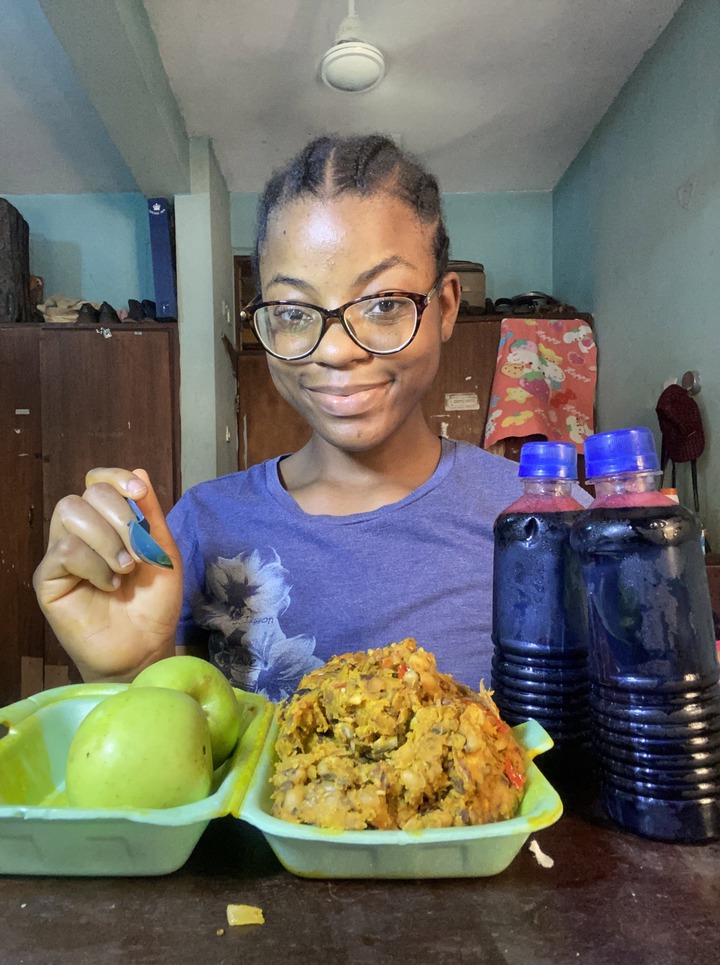 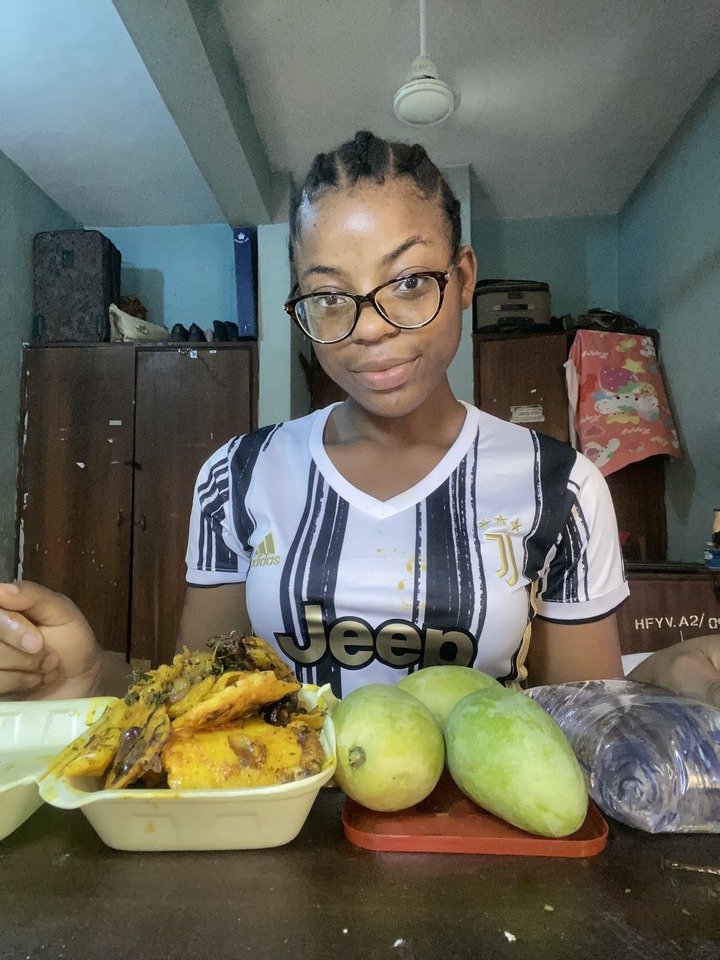 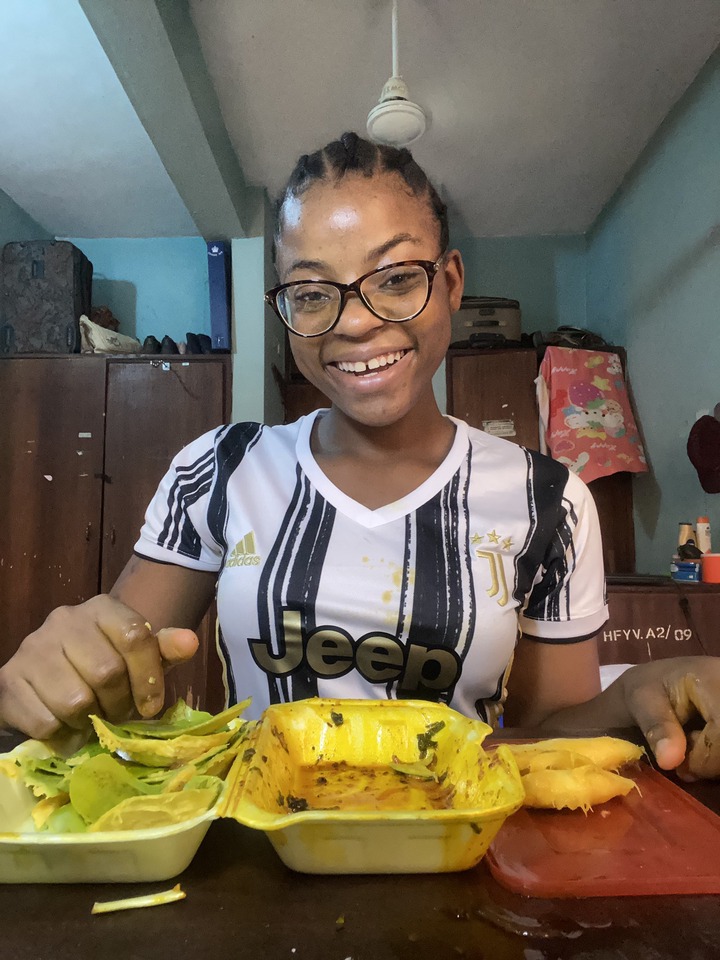 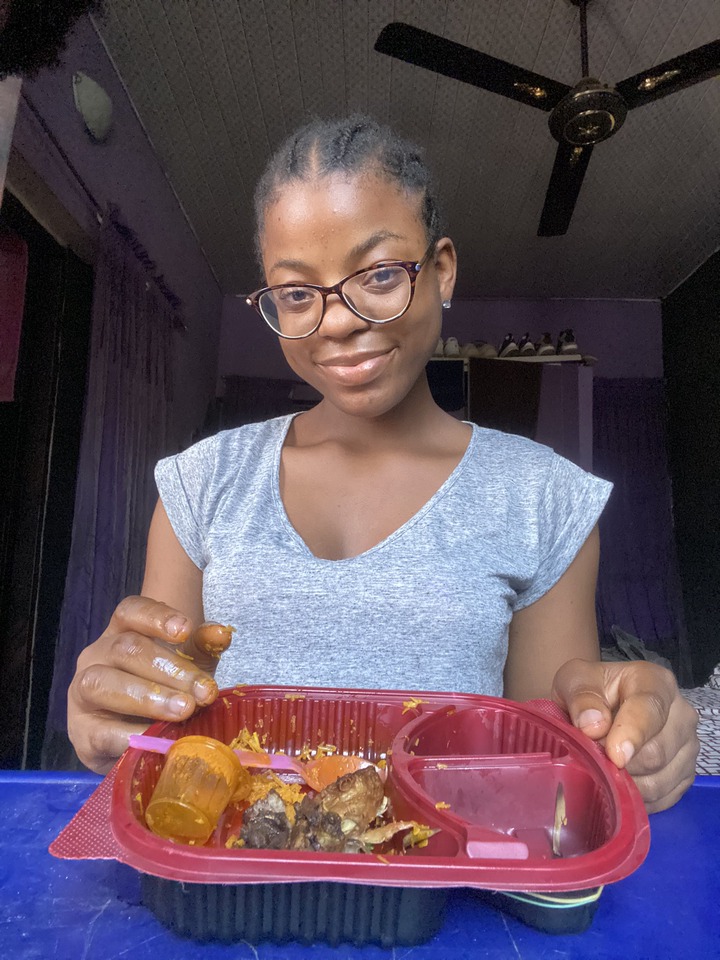 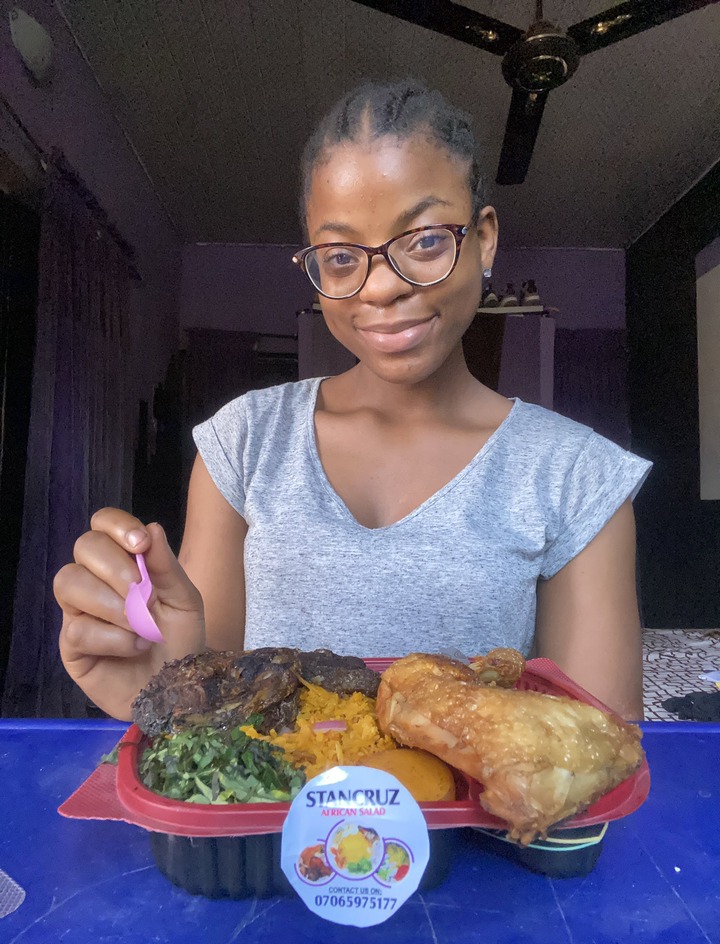 The caption which literally means before the food is been eaten and after it is been eaten, although most of his followers have raised doubts and have shown disbelief over the before and after photos of the series of plate of food in which she has shown the starting and the finishing of the said particular meals as it's shown in the pictures. 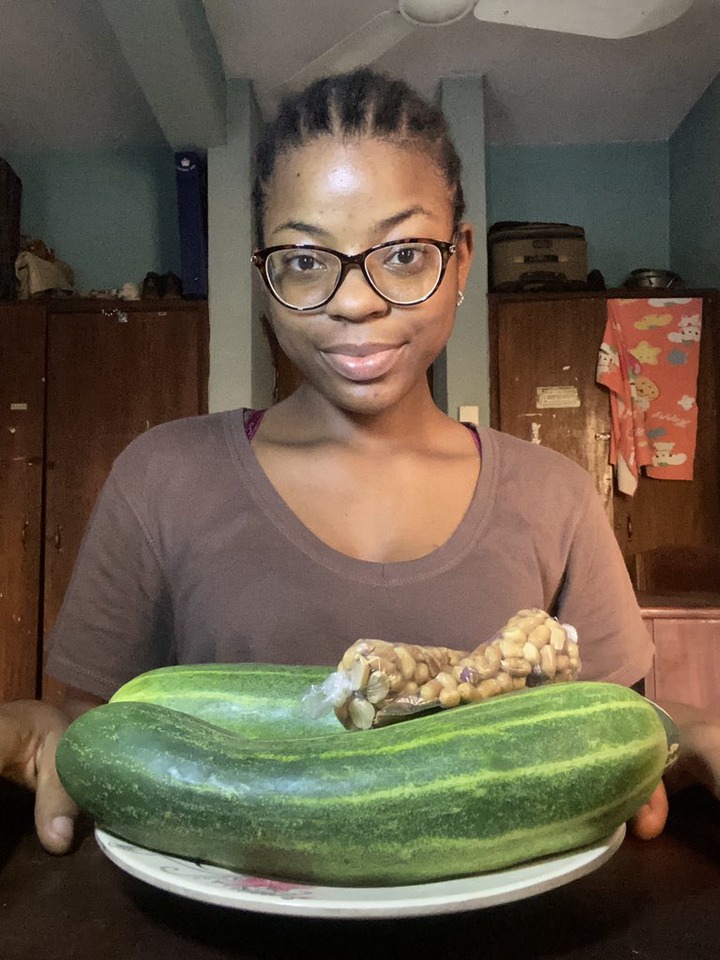 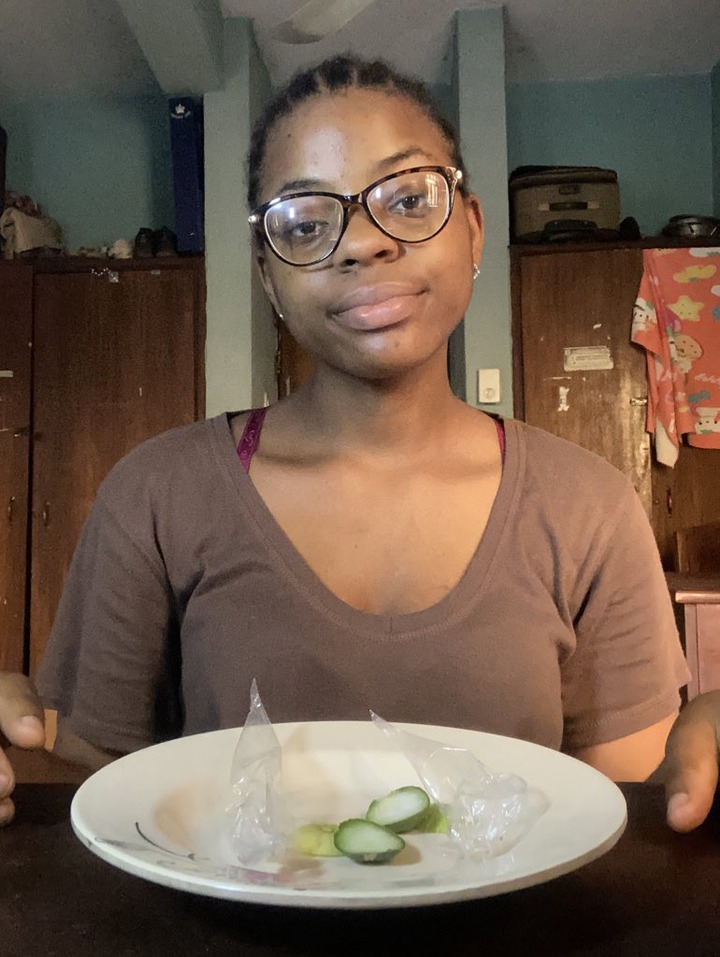 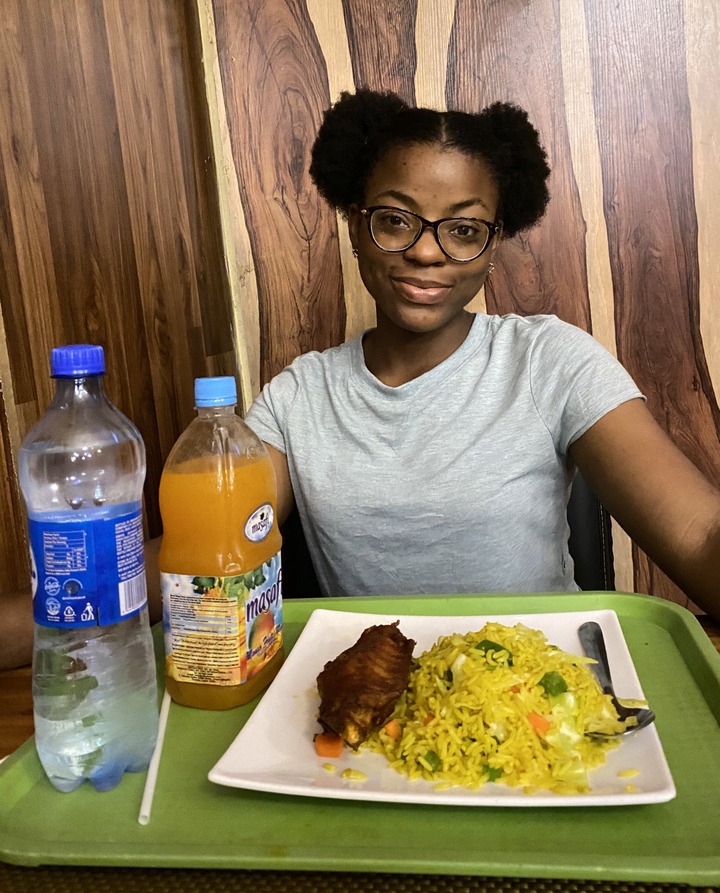 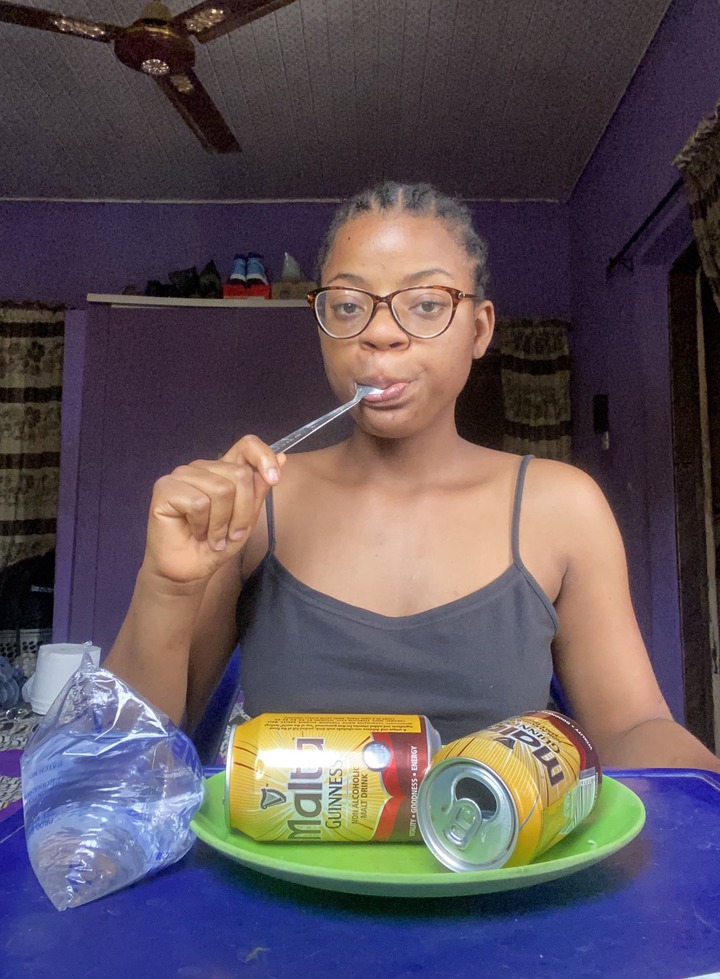 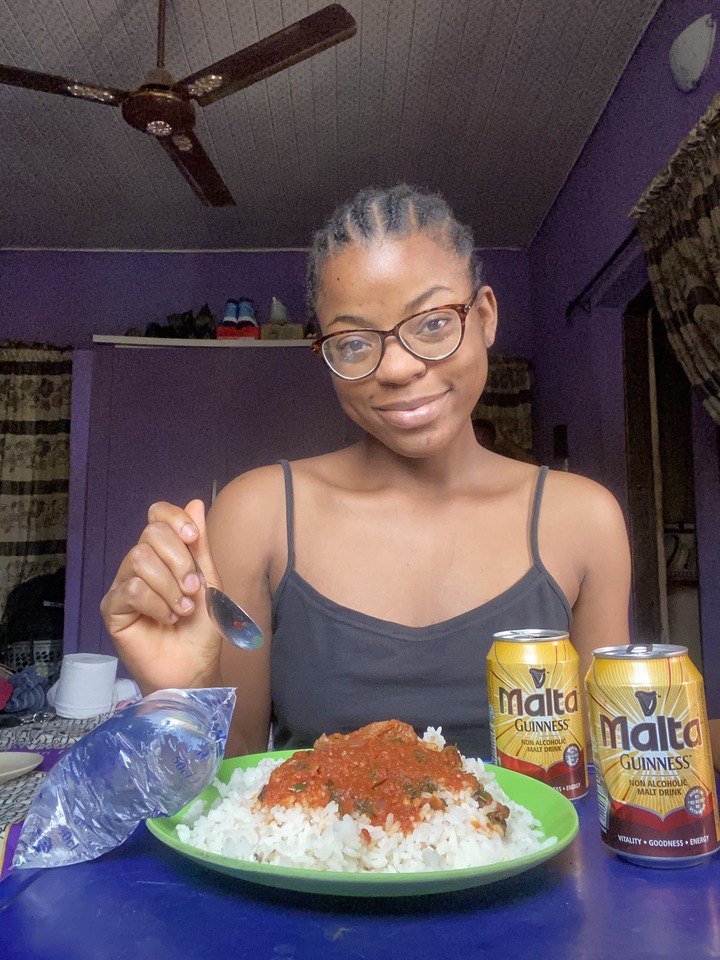 Some hours ago, she uploaded a video of herself where she was eating, all in a bid just to clear the doubts of some doubters, who thinks she's actually lying, and she's joking and playing around. But according to this different 'how it all started and how it ended" doesn't look like she's lying at all. 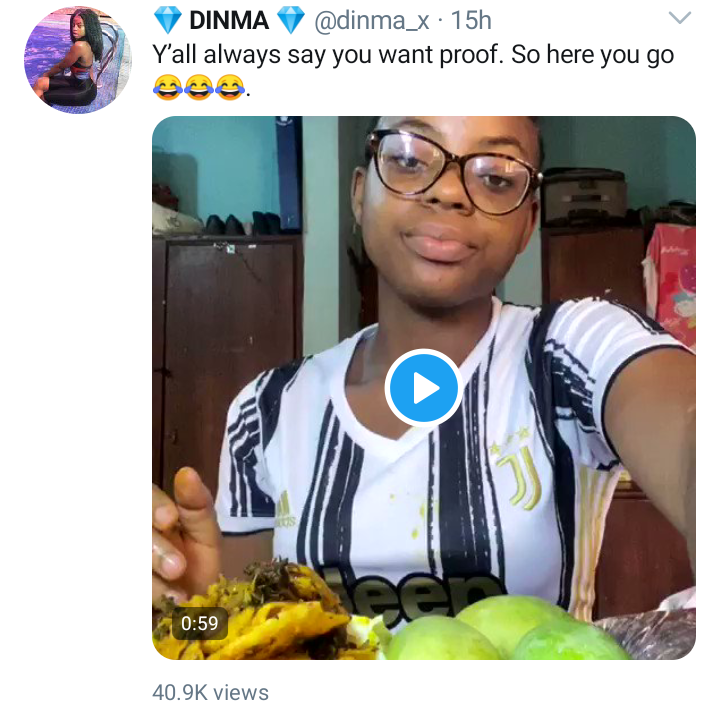 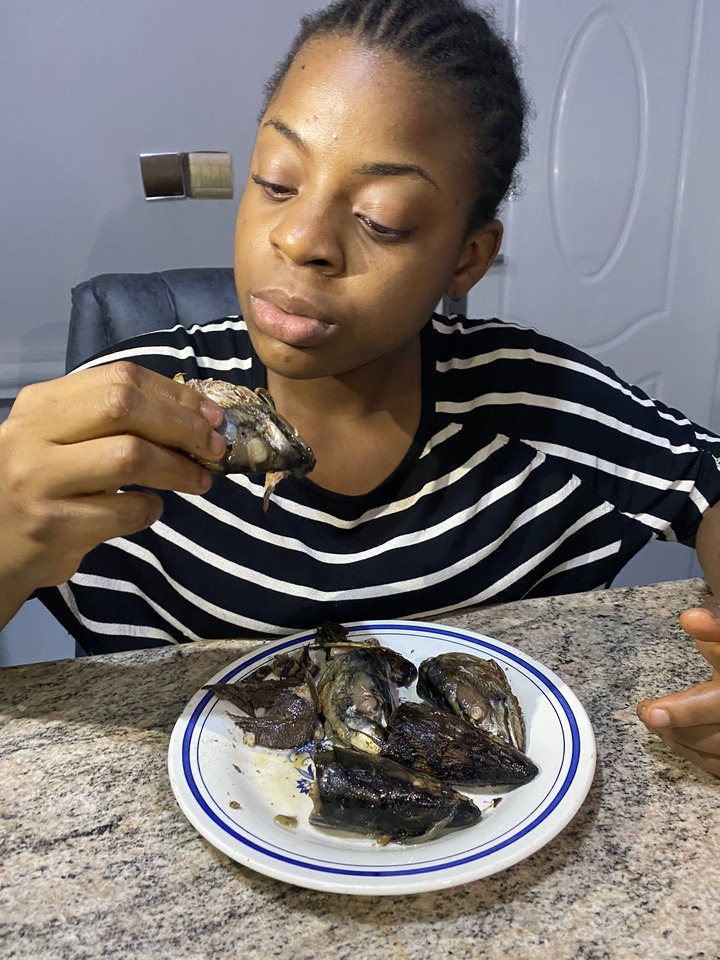 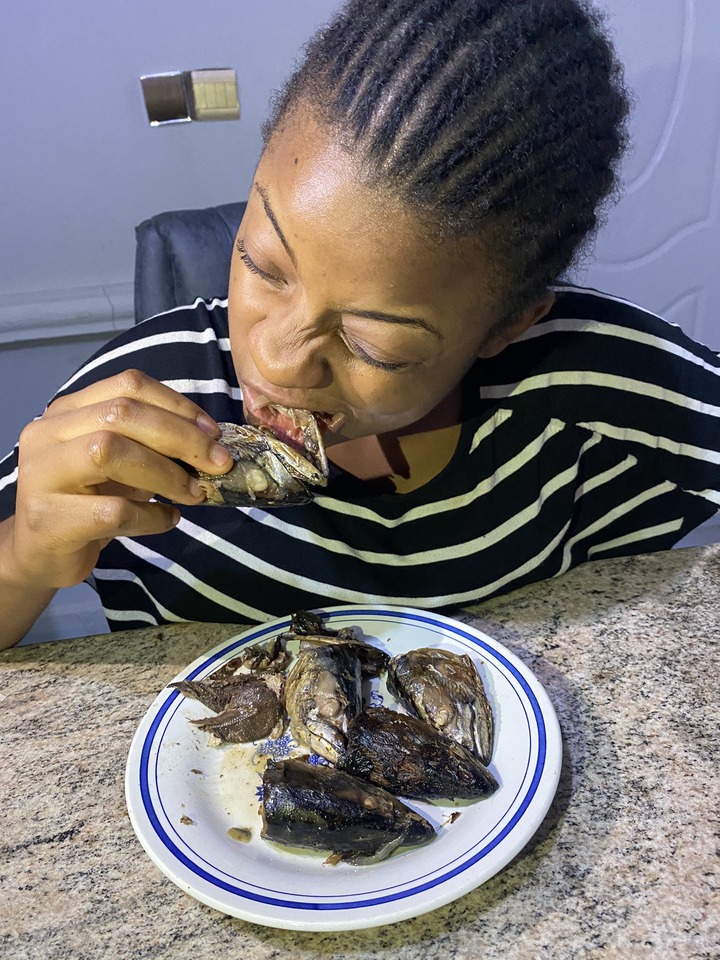 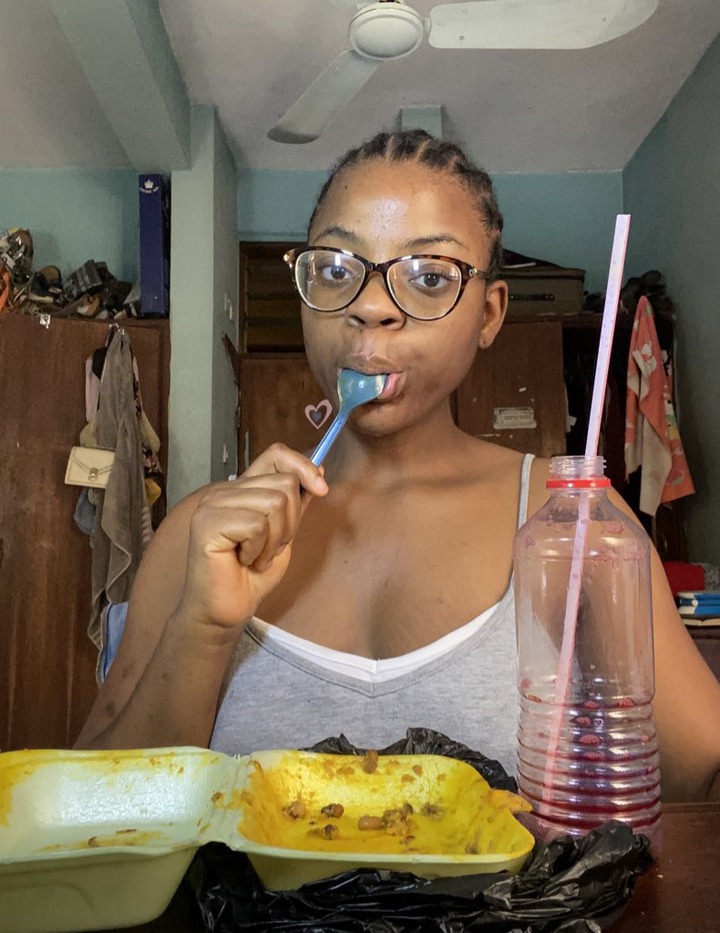 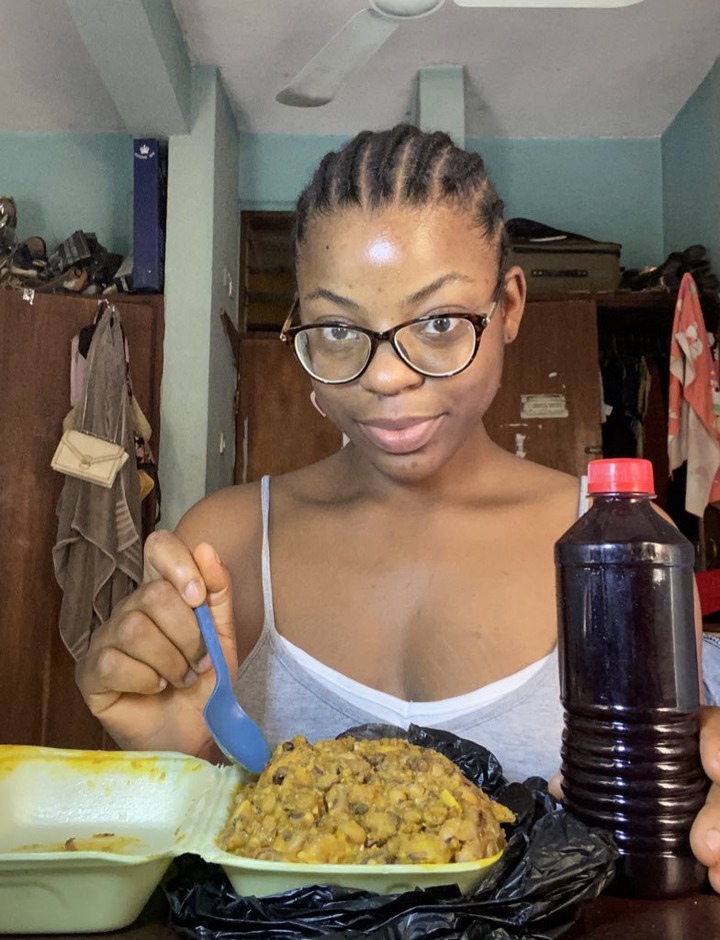 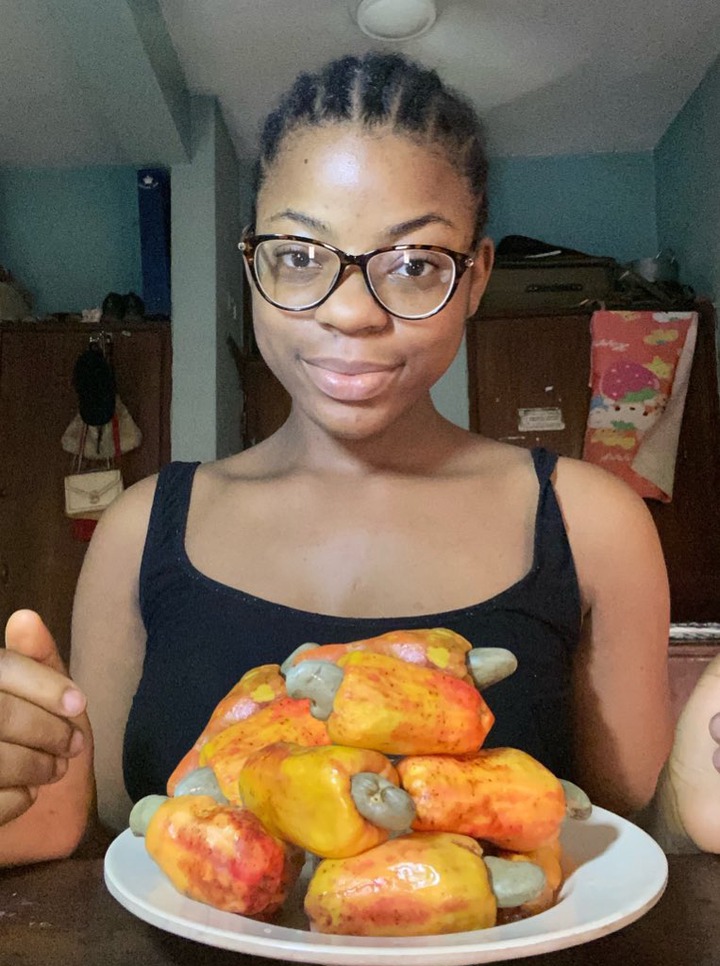 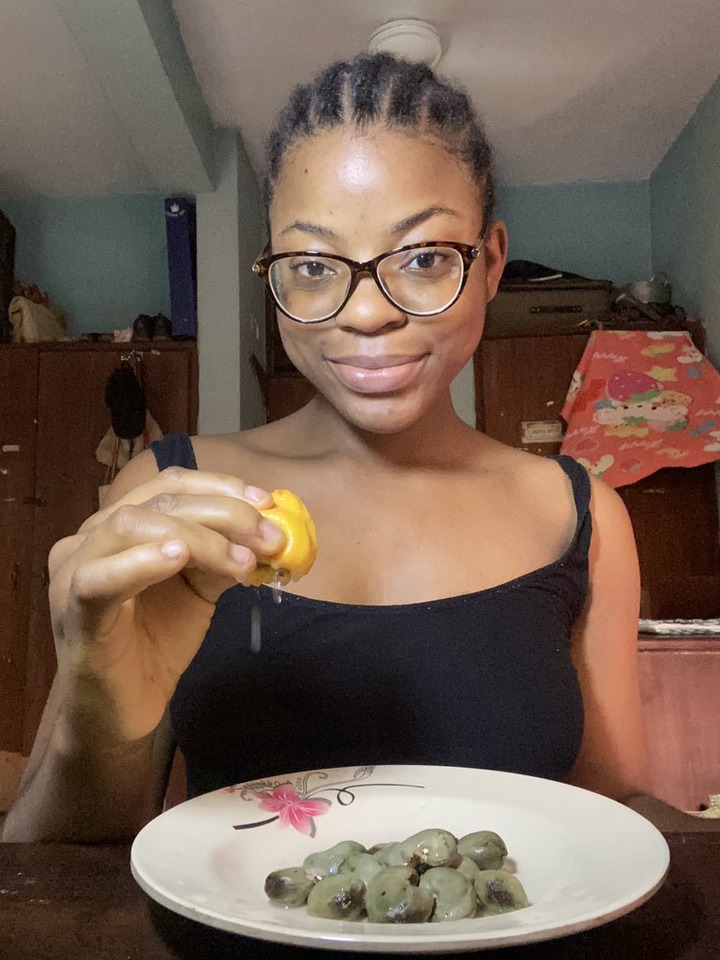 what do you think about Dinma's challenge, is she lying or actually saying the truth.

Photos: This New Cartoon About The Senate Move To Create A Database For Cows Has Sparked Reactions

"A Hotel in the Sky", see where this Beautiful Luxurious Edifice is Located.

Check Out This 'Domestic Violence' Hand Signs That Can Save Life

5 Signs you have been dating someone for too long

5 signs she's cheating on you

Meet Nollywood Star Bello, Whose Only Son, Ashton, Looks Like Her (Photos)

Mixed Reactions As Dog Is Spotted Responding To Yoruba Language

Before You Fall Victim To A Phone Scam, Here Are 10 Ways To Spot One