By QualityGist (self meida writer) | 26 days

The saying that if there is life, there is hope for better life is nothing to be doubted by anyone who is still breathing. Allowing yourself to be rubbished by frustration just because life isn't fair to you at a given time is not a right thing to do by all standards.

If the old woman who own the poor house seen among the pictures below could hold on to life until it was her time to own a new, and modern building, then why are you planning to commit suicide because of the beautiful things of life you are not getting at the moment?

Some hours ago, a social media (Facebook) user took to his handle where he sheared a beautiful story of a woman that move from grass to Grace in terms of shelter in Abia state. The old woman who was previously living in an old and wretched house recently had her life changed for the better by a philanthropist.

According to the Facebook user (Emeh Anyalekwa James) who revealed the story on his Facebook page, the philanthropist (Dan Okeke) who is also a notable businessman in the area, single-handedly built and donated a new house to the poor, and old women.

Emeh Anyalekwa James who sheared photos from the commissioning and handing over of the house to the woman by the philanthropist, expressed joy over the good gesture from the businessman even as he asked his followers to show love towards the giver by liking the images from the event.

In the photos sheared by the Facebook user, the old woman was seen in a joyful and happy mode as she receives the house keys from the donor. Sincerely, no one should be as happy as the old women who is miraculously moving from living in such a slump to a modern and well-built house.

See photos from the memorable event that took place in Abia state recently below: 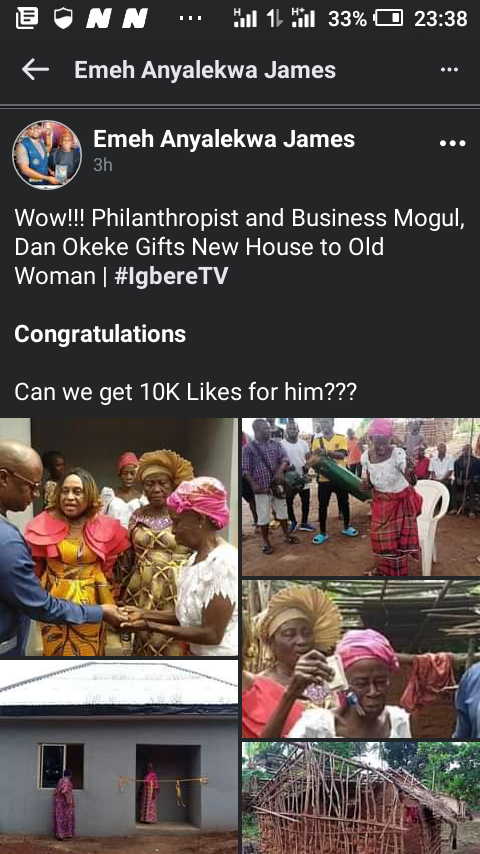 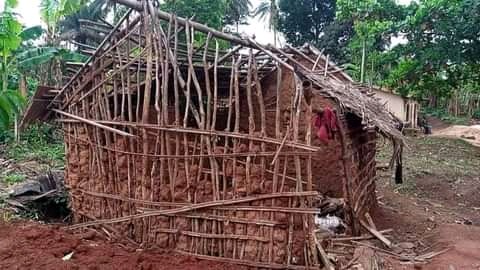 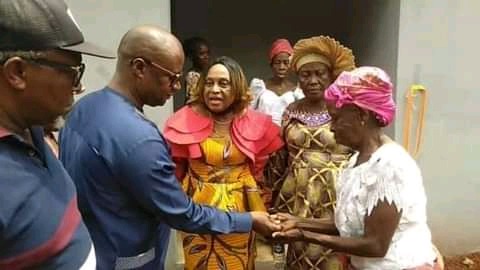 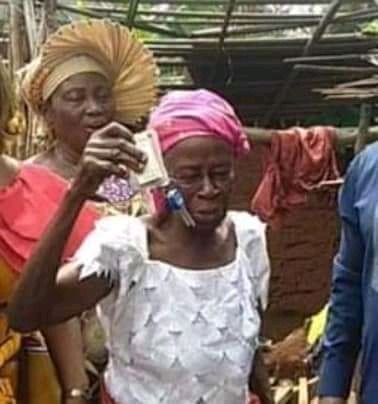 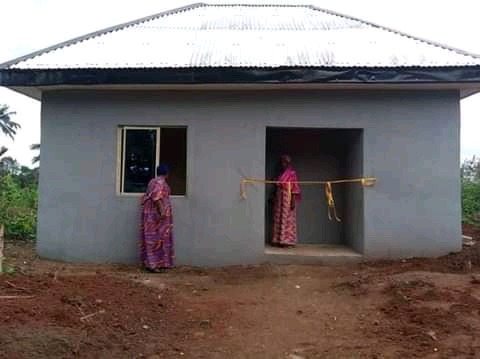 What is your take on this gift from the businessman to the poor and again woman?

Yes, a lot of people are giving bigger things than this house as gifts on a daily basis, but don't you think it is more rewarding when you give to real needy than given to those who are already rich as been done by many rich people in our society today? 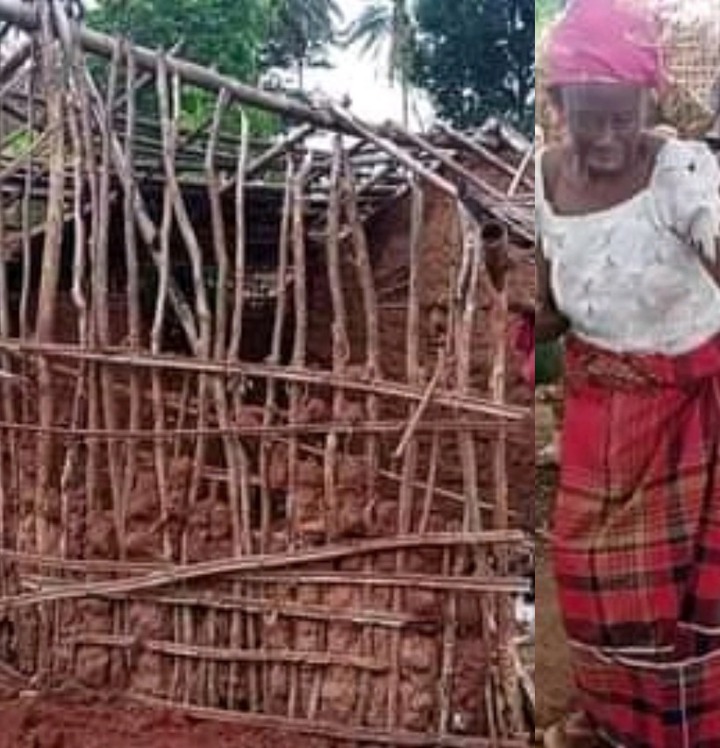 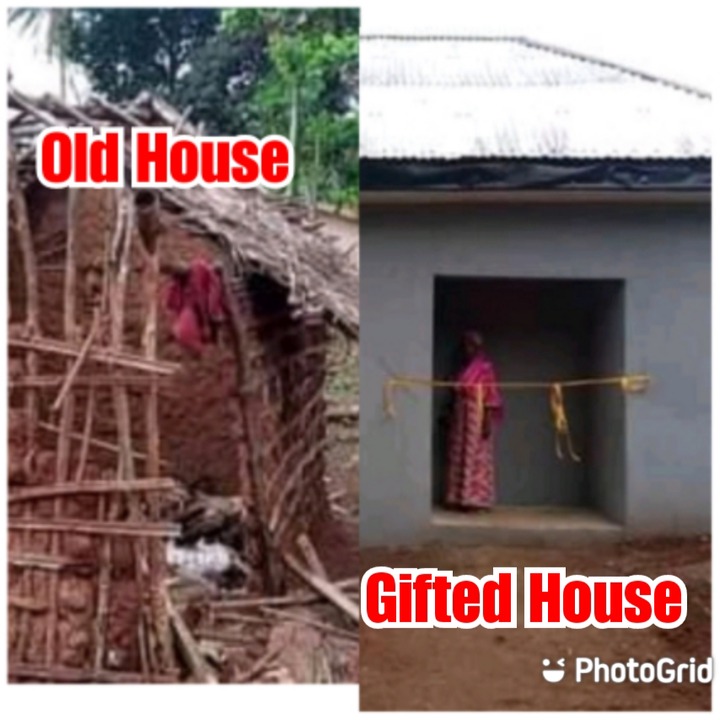 Say something about this!

Meet The Girl With Legs That Look Like Scissors, Doctors Said She Was Not Going To Live Long

Check out Some Interesting facts about Adolf Hitler

BBNaija Wathoni, Linda Ikeji and other Nigerian celebrities who have bought cars for their parents