By Joseph's_eye (self media writer) | 1 year ago 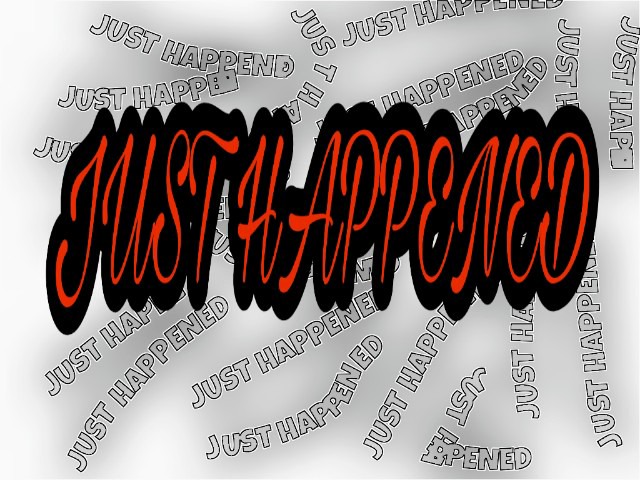 Monday was like every other Mondays I had witnessed before I met Jason; quiet, normal, no butterflies fluttering in my stomach... "Hey Priscilla, you're pretty early today"Mirabel said and I smiled. "Woke up a little bit early"I replied. Mirabel quietly nudged me, Chelsea was coming.

What does she want now?☹️

"Hi Mirabel"she said, smiling. "Me?" Mirabel asked and Chelsea laughed. "Of course, yes. You don't want to talk to me?"she asked. "Well... not really, I just didn't think you were coming here to talk to me"Mirabel replied. "Well, I am. You see, I'd rather talk to girls who don't attend parties and don't open their legs for every guy"Chelsea said staring at me.

Mirabel looked confused. "They're lots of sluts around here you know. It baffles me that despite the fact that they're ugly, they still go around lying on guys beds"she continued. "I don't get"Mirabel said. "You won't, my dear. I just hope none of those shameful slut influence you"Chelsea said, smiling. She patted Mirabel on her back and walked away. "What was the meaning of that?"Mirabel asked. "I don't know"I replied, looking away. "Priscilla, are you hiding anything from me?"she asked. "No." "Priscilla...." "Jason kissed me at the party and.... Chelsea saw us"I said. "Okayyy...?" "That's it. I don't know why she's making a fuss about it"I replied.

Arranging my books took a whole lotta time and when I looked up, everyone was gone. I sighed and picked up my bag. "Priscilla"I heard Jason say, he had just walked in. "What?!"I asked him. "I said I want us to talk" "and I said no"I replied. "Don't be this way"he said, there was sadness in his voice. "And what do you want to talk about?"I asked him, folding my arms. He sighed. "Why this attitude?"he asked. "I thought we were friends"he continued. Friends?! "I don't think friends would go about saying bad stuffs about the other"I said. "But I didn't say any bad thing about you."

"Stop all this acting Jason. I'm not stupid, you've been telling your little crew bad thing about me, you even called me a slut!" "What the f*ck?! I didn't do that!"he exclaimed. "Yes you did!" "I didn't, I swear Priscilla...I can't.." I didn't let him finish. "Listen Jason, I'm tired of your little game. You haven't even been here for two weeks and you're ruining my already ruined life. Like I said, I don't want to have anything to do with you. I don't know you, we never spoke, we never kissed, we never..." "Shhh"he said, placing his index finger on my lips. "Your lips look really cute when they're shut"he whispered. "..soft... enticing lips..."he continued and I shuddered. "You're ruining the quiet, drama-free life I want"he said, bringing his lips to my neck. He nibbled at it and I moaned. I felt so powerless. "I don't know why I can't resist you...no matter... how much I try...."he said, tracing the line of my lips. When his lips finally met mine, I could feel my brain...my entire body exploding. "I want you..."he groaned in my mouth. I shuddered again when he began unbuttoning my shirt. He left my lips and was back on my neck again. "Tell you what...let's go to my house and we could talk about whatever issue we have...calmly"he whispered and pushed me to a desk. His fingers touched my bare body and I moaned as he made sweet circles around my nipples. "I didn't say anything bad about you..I wouldn't do that. Chelsea's just making that up because she's jealous. F*ck! I love your body"he said. "Jason...."I moaned. "I would never say anything bad about you..."he continued.

God! I didn't want this to end🥺

Someone coughed at the door and Jason stopped in his tracks. "What's going on here?"

It was Mirabel. "I thought you'd gone home"Jason said. "Nahh..I just wanted to tell my 'dear friend' something before I leave"she said, making air quotes and staring at me. I shamefully buttoned my shirt. "So...this was what you said Chelsea's making a big deal out of"she said. "Listen Mirabel, there's a perfect explanation for all this"I said. My head was spinning. "Okayy...I'm all ears"she replied, staring at me with disdain. "He wanted to apologize...I don't know when it led to this..." "Why won't Chelsea call you a slut when you're doing what sluts do? Having sex with a guy in class, someone you don't even know!"she exclaimed. "Are you... calling me a slut now? I wasn't having sex with any guy!"I said.

"If I hadn't walked in, what would have happened? You weren't like this, Priscilla. What's going on? How can you be doing such... disgraceful thing with this...this thing"she said, eyeing Jason. I could feel my anger boiling. "Stop acting all holy and all okay? You might even be worse than I am"I said. "Well, at least I'm not f*cking the new student on a desk"she said, looking away.

I couldn't control myself, I slapped her. She made to hit me too but Jason stopped her. "Don't"he warned, holding me close. "I don't know why you suddenly turned to this but...you'll surely regret it"she said to me, then turned to Jason. "And as for you, stay away from my friend"she said and walked away.

"It's fine, forget about everything she said"Jason said, hugging me.

When I opened my eyes, I tried to remember where I was.

Oh! Jason's place. He had offered to take me to house so that I'd rest. We ended up talking about a lot of things and I slept off. "You're awake already?"Jason whispered, pulling me close to him. "Umm..yeah"I replied. I stood up. "I should go, it's getting late"I said, picking up my bag. "Yeah,you should"he said as he stood up. He hugged me. "Try not to think about all this, okay? Chelsea prolly framed me and I think she's using Mirabel too. I won't have anything to do with her again, I don't want to have issues with you. You should avoid Mirabel for the main time too, you don't want her telling you terrible things again"he said, holding me close and I nodded. He kissed my forehead. "I'll see you tomorrow, alright?" "Yeah..bye"I said, walking away. "Priscilla, wait"he said and I stopped. "I love you"he whispered to my ears.

"I'm not kidding this time"he said. "I love you too"I replied.

The next day, Mirabel acted like she didn't know me, she had even switched seats! I didn't care though, who'd want to be friends with someone who says bad things about the other? It was a good thing she changed her seat, Jason was sitting with me today 😊

And, he hadn't spoken to Chelsea since he came to school. I guess he didn't want toxic people around him too. We exchanged lots of love texts during class🙊 I could hardly concentrate...I didn't even concentrate!🙈😅

"... and I'll lick the honey off your body...I'll focus on the boobs though"Jason said, caressing me and I moaned. I was on his bed, yeah his bed. After school everyday, I'd accompany him to his house and we'd talk, play games and do whatever you're thinking😼 I was like the happiest person on Earth.

I turned over and traced the tattoo on his shoulder. "It's getting late, I should go home. I don't want my mum to be worried"I said and he sighed. "I wish today will never end, I just want to hold you in my arms like this forever,is that too much to ask for?"he said and I blushed.

For now, it was too much. Maybe when I get to college,it wouldn't be 😊

"I'll see you tomorrow..I guess"he said, hugging me. "I love you, okay?" "I love you too"I replied, smiling.

As soon as I walked in, the first person I saw was my mum. "Where have you been?"she asked. I'd have said Mirabel's place but, Mirabel was right there standing akimbo. "Are you deaf?!"my mum roared. "I err...I went to a friend's place"I said. "What friend? So what I've been hearing is true, you know go around sleeping with guys?!"mum exclaimed.

Oh, wow. The All Holy Mirabel has reported to my mum👏🙄

"No mummy, I..." All I got was a slap...a shockingly stinging slap. "I never trained you this way Priscilla. I gave you everything, everything you asked for and what did you pay me with? Turning into a low budget prostitute!"

My mum was calling me names now😔 all thanks to Holy Mirabel.

"Listen to me now, you're going to go upstairs, lock yourself and think about the shameful things you've done. I'll think of what to do to you. Shameless whore"my mum said. As I walked to my room, my eyes were on Mirabel. She looked at me for a few seconds,then turned away.

The next day at school, Mirabel approached me. "Hey Priscilla...I'm sorry about what happened yesterday"she said and I stared at her. "You reported me to my mum to prove what? That you're holier than I am?!" "No...I...I came to see you and your mum said you weren't at home. Then..." "Then what? I thought I made it clear to you that our friendship is over. You're holy,I'm not. Go meet your fellow Levites."I said crossly. "Priscilla..."Mirabel said.

"Who's disturbing my angel?"I heard Jason say as he hugged me from behind. "What's this Priscilla? I told you to avoid fake friends like this girl"Jason said, frowning. "Well I was, not until she showed up at my place yesterday and told my mum bad things about me again"I replied. "You should avoid people who act like Holy Mary and try to make others look like agents of the devil."Jason said, staring at Mirabel.

"I see I'm no longer welcome here. I'll leave but Priscilla, this isn't you. Hold yourself and stop being brainwashed by this guy"she said and walked away.

I sat down, holding my head and Jason sat with me. He held my hands. "I've told you, don't have anything to do with that girl again, I wonder what she's feeling like" "I'll avoid her... totally."