Veteran Actor Peter Fatomilola Shares His Story, Says He Was The First Person To Act As Papa Ajasco

By Olufunkemi (self meida writer) | 28 days

Veteran actor Peter Fatomilola has shared his story with Saturday Punch newspaper correspondent. The popular actor revealed that he was the first person to play the role of Papa Ajasco in the weekly television series known as Papa Ajasco. 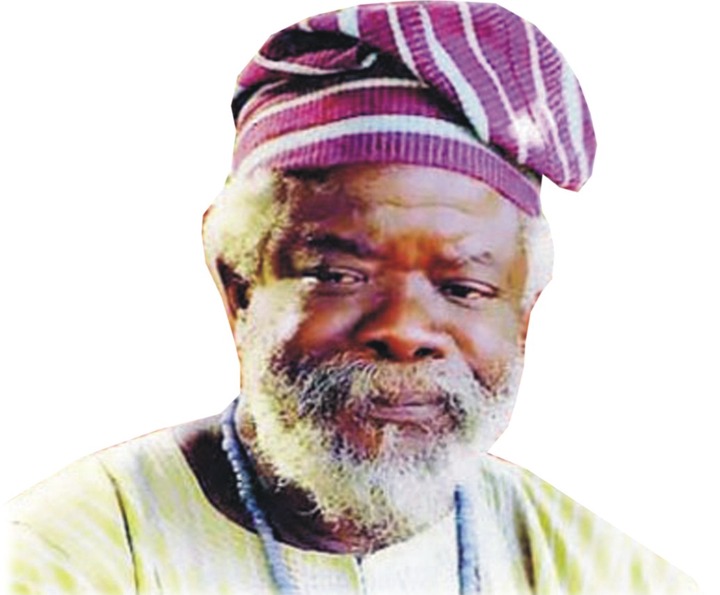 Peter Fatomilola is an indigene of Ifinsin Ekiti, in the Ido Osi Local GovernmentArea of Ekiti State. He narrated that his father had nine wives. His mother was the third wife.

When asked about his early childhood story, Peter Fatomilola said his father was an Ifa priest. He explained that his mother used to go to church with the other wives of his father. He revealed that he preferred staying home with his father because of the benefits he gained from staying at home.

He further explained that he used to enjoy the things brought by those people coming to his father for weekly Ifa service. He emphasised that after others would have gone to church, people would visit his father for Ifa consultation. The people would bring different items like chicken, goat, roasted yam and many other things. He said he was the one who would kill the animals. He said he played a prominent role in preparing sacrifices with the items brought to his father.

When asked whether any of his children are into Ifa practice and theatre art he explained that their education did not allow them to pay attention Ifa practice but by God’s grace, one of them is into theatre art. He mentioned that he is not yet popular but they will unveil him soon.