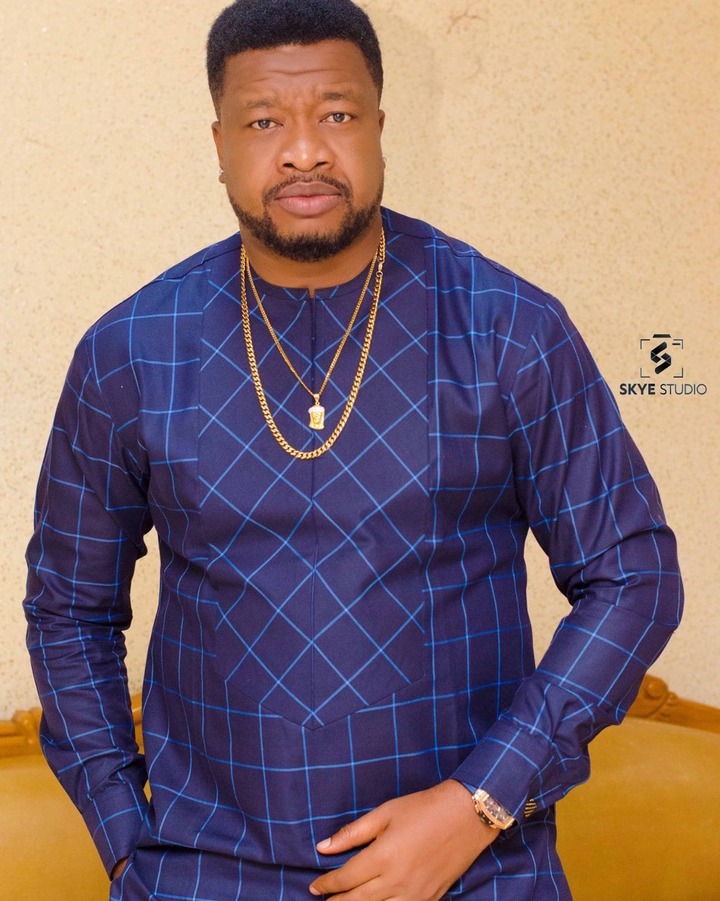 People have taken to social media to react, after spotting Browny Igboegwu wearing an ask me tag at Cubana's mother's burial.

Browny Ifeanyi Igboegwu is a Nigerian nollywood actor that has been in the movie industry for quite a long time. He happens to be one of the many popular figures that came through for Obi Cubana, who organized a burial ceremony for his late mother.

However, in one of the photos of Browny Igboegwu at Cubana's mother's burial, he was spotted wearing an ask me tag. 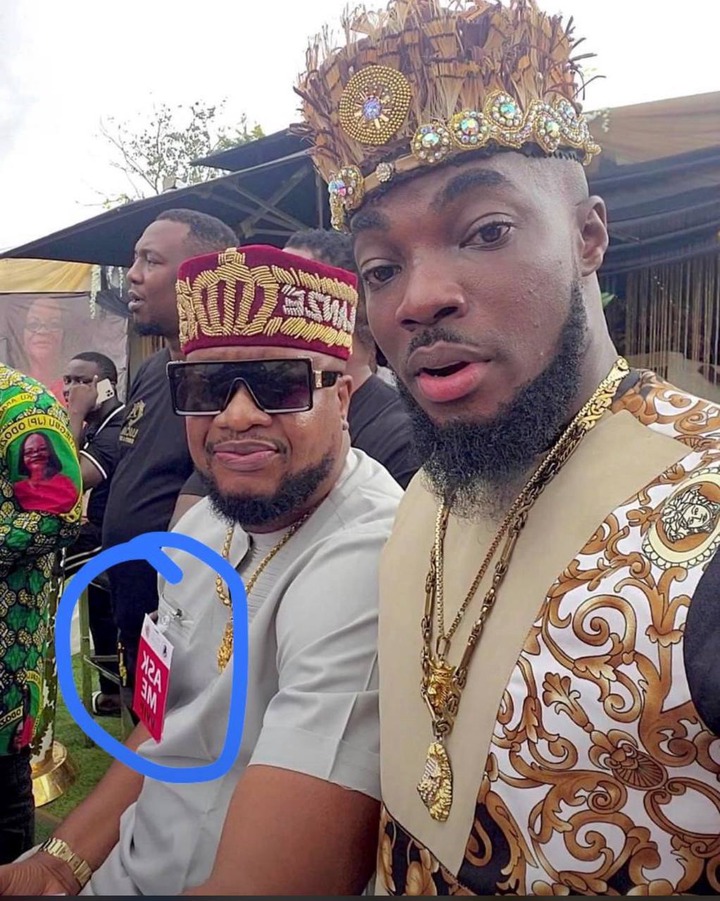 The ask me tag can indicate that one is an attendant in charge of a section or even more than one section in an event, gathering or occasion. The attendant usually provides an act of service. It is also important to note that there is a thin line between an usher and an attendant. While an usher escorts people to their seats, attendants works with or watch over something.

Initially, a twitter user who was identified as Odogwu Eric, shared the photo of Browny Igboegwu and stated that Cubana's mother's burial has turned him into an usher. 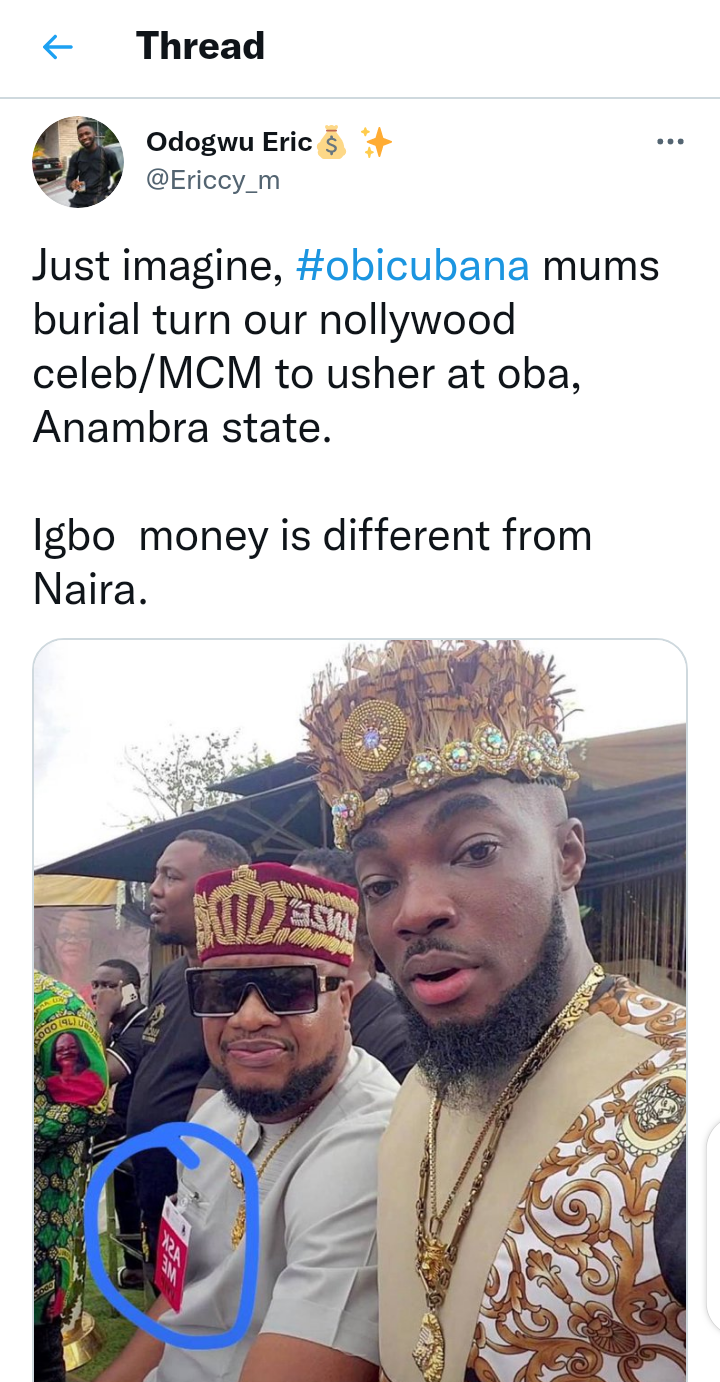 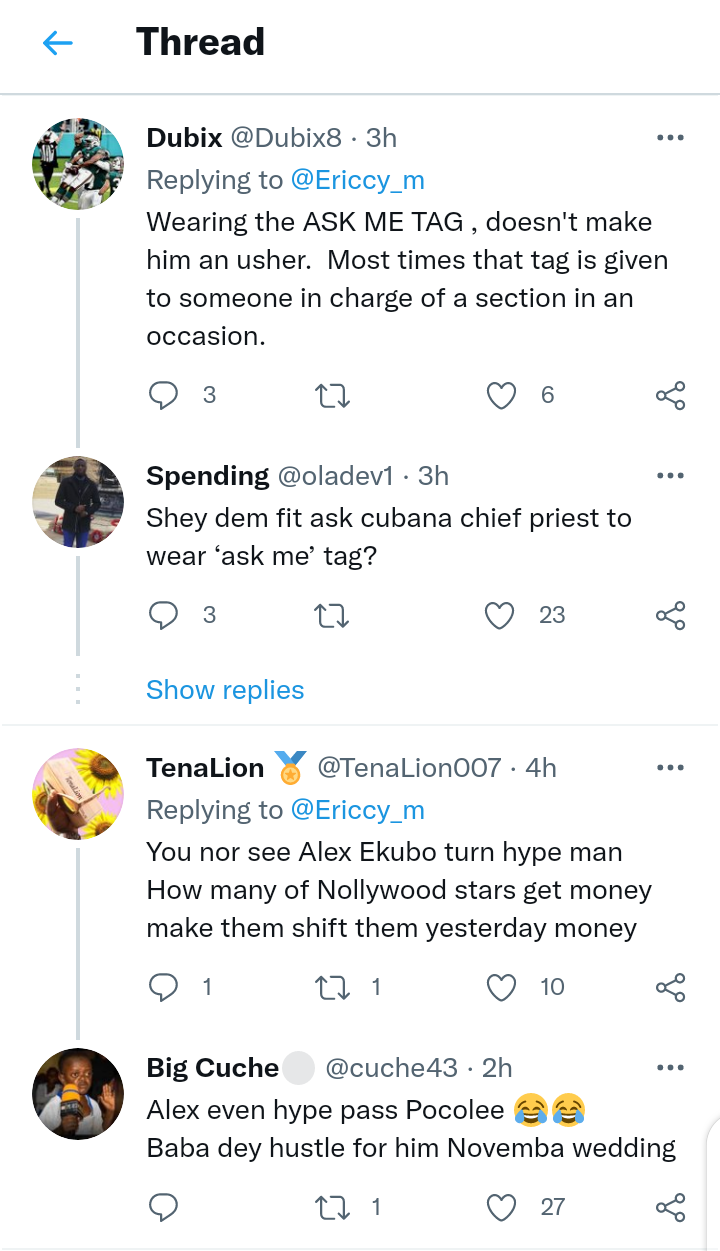 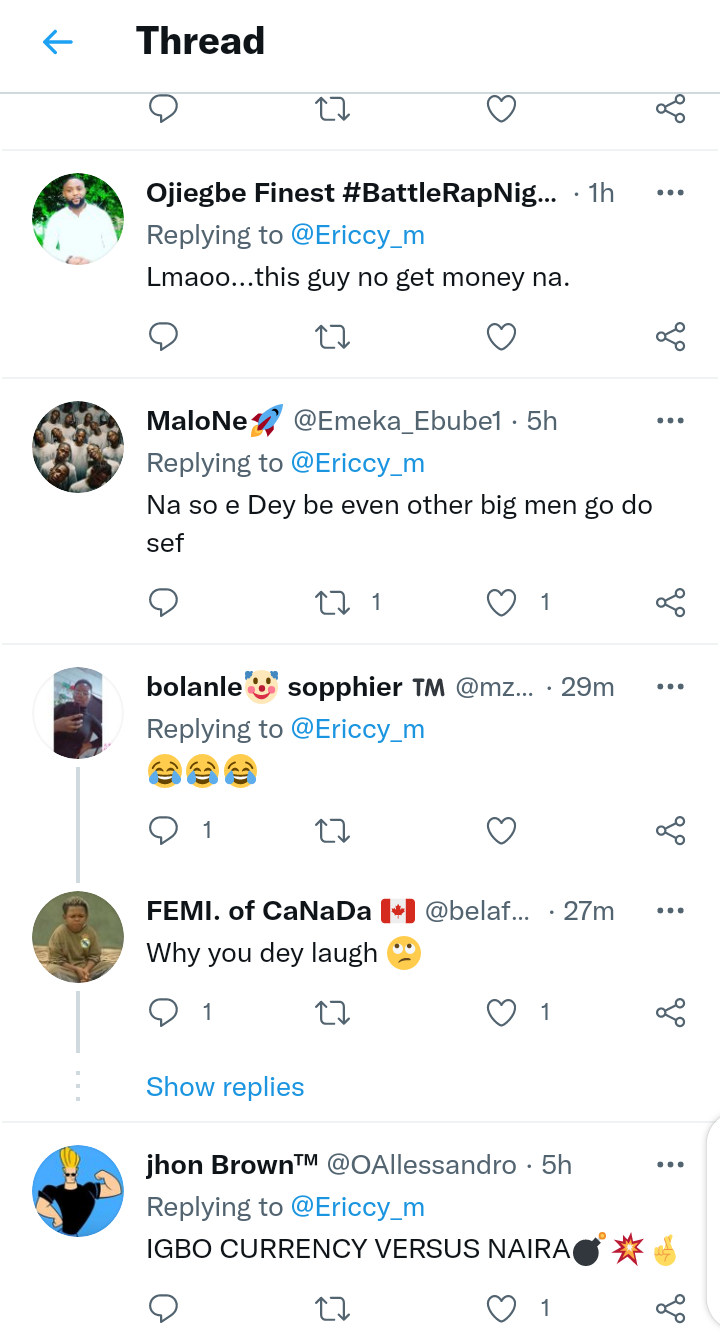 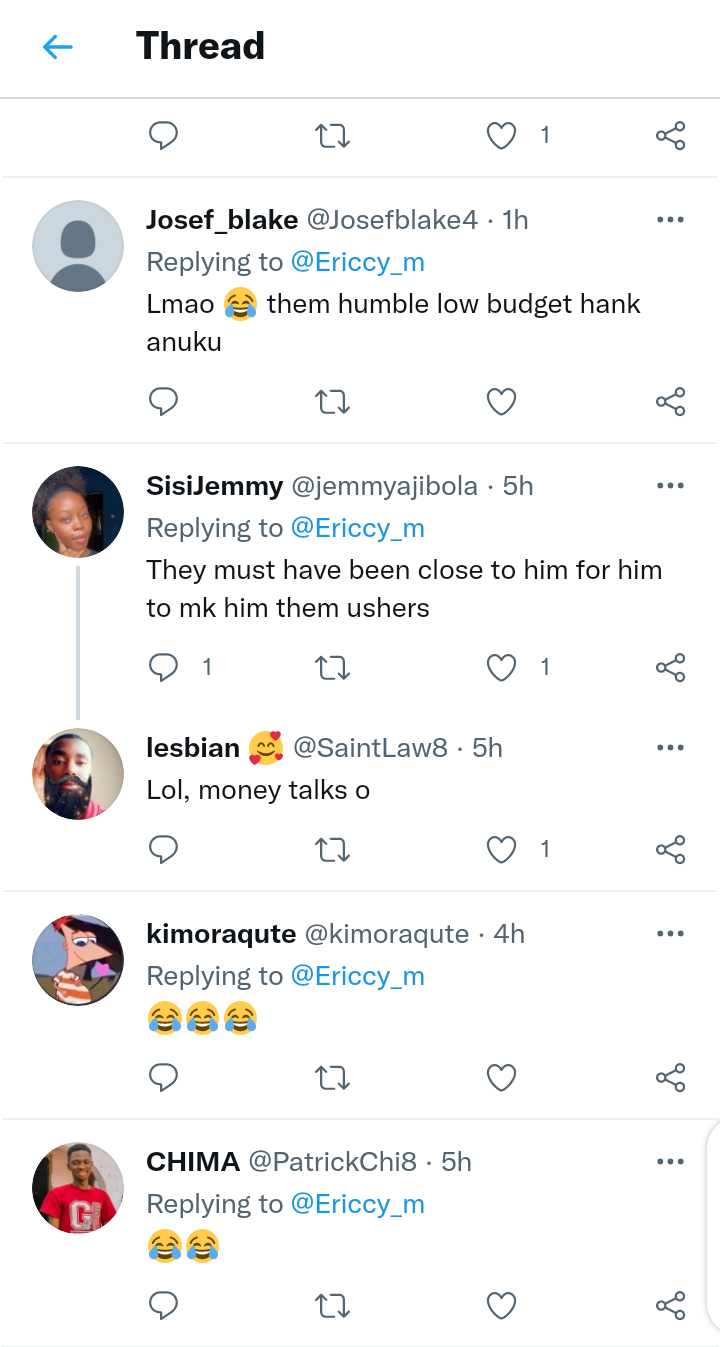