By Negasonic (self media writer) | 23 days ago

1. Hanging On To The Side Of A Plane During Takeoff (Mission Impossible: Rogue Nation) 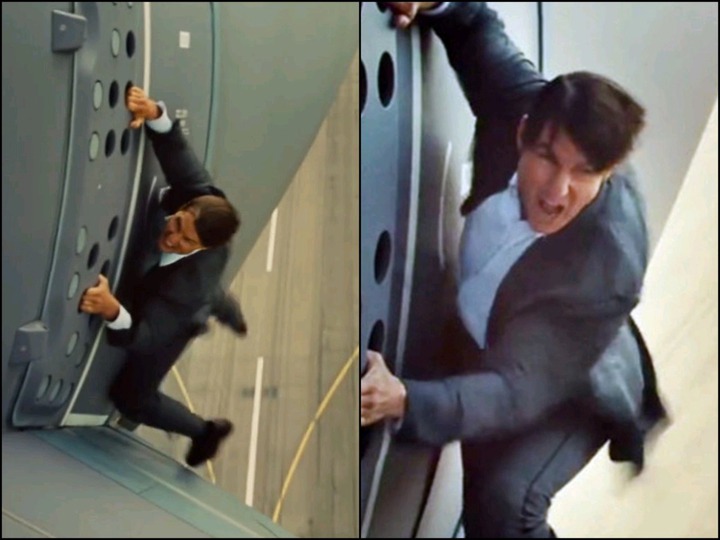 Tom Cruise himself illustrated just how hazardous the stunt was during a behind-the-scenes featurette for Rogue Nation, and he's right. This stunt was so insane and so death-defyingly dangerous that Cruise did it 8 times. That's how long it took them to get the perfect shot. As he clings to the side of the aircraft Cruise can only watch as his legs begin to flail about helplessly overpowered by the wind as the plane ascends to 5000 feet. 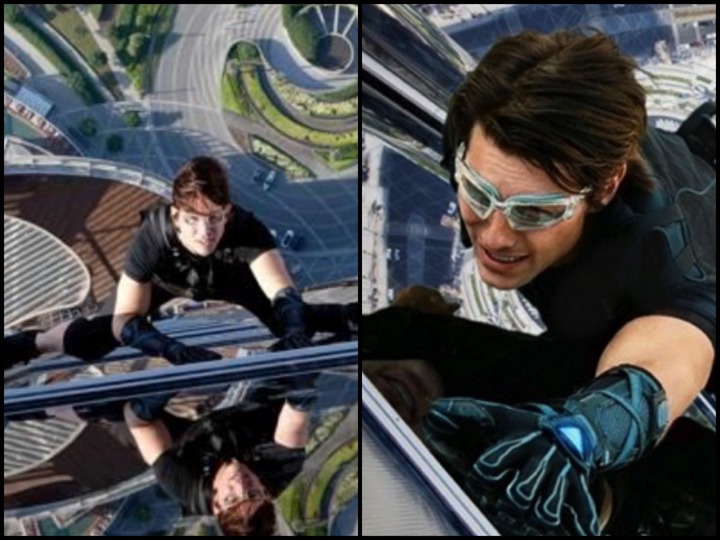 Standing 2722 feet tall, The Burj Khalifa in Dubai is the world's tallest structure. So naturally, Tom Cruise felt the need to run, climb, slide and rappel down its exterior from hundreds of floors up while filming Mission Impossible: Ghost Protocol. Being suspended over a thousand feet in the air will frighten most people but behind-the-scenes footage shows Cruise tackling the stunts as if he was a part bird. Despite being an extremely challenging shoot, Cruise successfully completed the stunt safely with Cruise scaling, running on the side of, hanging onto, and smashing through a window of the iconic Burj. The stunt was deemed so dangerous that Cruise's insurance company forbid him from doing it so he fired them and hired a new one.

3. Almost Getting Stabbed In The Eye (Mission Impossible 2) 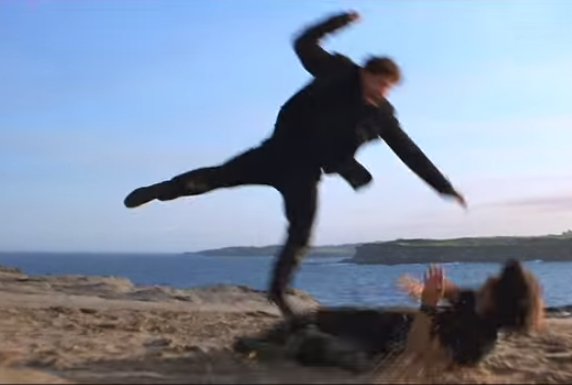 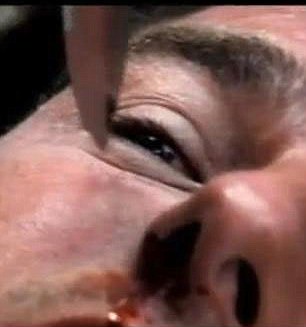 In this film's climactic fight scene, IMF agent Ethan Hunt finds himself locked in a battle to the death with the antagonist, Sean Ambrose. After some truly vicious hand-to-hand combat, Ambrose pulls out a knife and leaps at Hunt who manages to stop it from piercing into his eyeball at literally the last possible second. And while director John Woo wasn't exactly thrilled to hear that Cruise wanted to do the stunt himself, he must have been pleased with the final results. 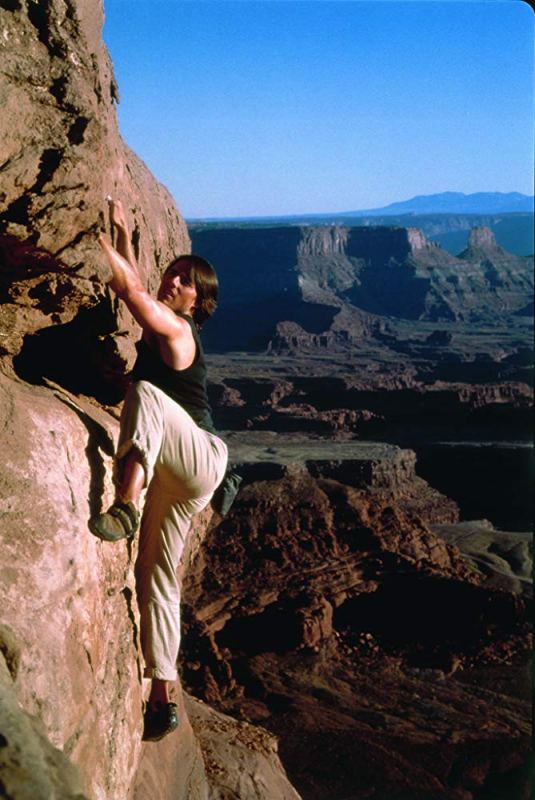 Despite the concerns of the studio, Cruise insisted on doing the extremely dangerous stunts himself and without a safety net. All he had was a harness and a few cables that were digitally removed in post-production. Even so, the stunt was so stressful that director John Woo refuse to watch it. At one point, Cruise tore a muscle in his shoulder while jumping about 15 feet from one section to another.

Which of these stunts thrilled you the most? Let's hear your thoughts and opinions!