By Akinolanews (self media writer) | 3 months ago 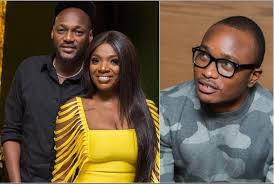 Famous Nigerian singer 2face Idibia is facing much headache in his marital life right now. Firstly, his wife Annie accused him of having extramarital affair with one of his baby mamas.

Another headache now is the accusation from fellow musician Brymo who alleged in a series of tweets that 2face Idibia had accused him of sleeping with his wife.

Brymo even said Tuface is serious with the allegation that he even sent thugs to physically assault him.

As expected, this public confrontation from Brymo did not go down well with 2baba. This, the singer has theeatened to file a defamation suit against Brymo over his recent tweets.

Brymo said he has received a letter from the lawyers of 2face and he shared a picture of the letter on his Twitter page on Thursday, October 7, 2021.

According to the content of the letter, 2face’s lawyers said that Brymo’s “baseless and false allegations have caused 2face’s estimation to be lowered in the midst of his friends, business associates and wider members of the public and further caused him significant loss of business as well as distress to him and his family.

Brymo has thus been given 48 hours of receipt of the letter to tender an unreserved apology to 2Face Idibia and wife on all of his entire social media accounts as failure to comply will result to 2face seeking no less than One Billion Naira in damages against him in court. 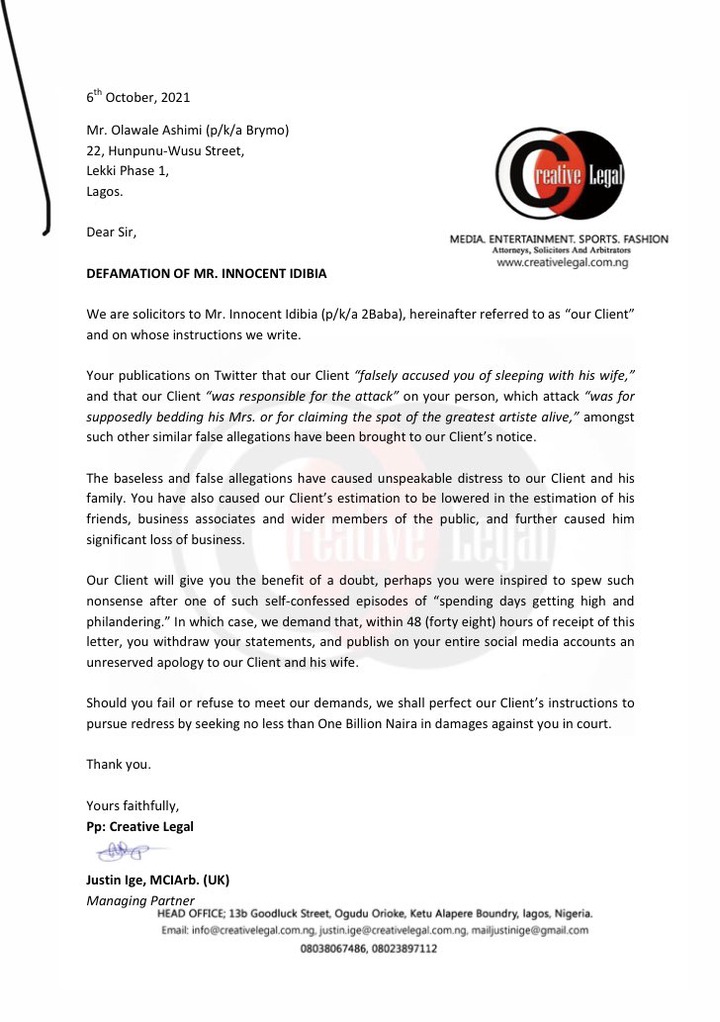 However, Brymo said he is not shaken by their threat and advice them to go ahead to court.

Content created and supplied by: Akinolanews (via Opera News )