Meet Julie Coker, the Legendary News Anchor who was a Former Employee at NTA

By Ayodeleking01 (self media writer) | 17 days ago

The Nigerian Television Authority (NTA), was once the darling of millions of Nigerians. Just as people today are enamored with European football league matches, NTA Newscasters were once the most popular stars in the Nigerian Galaxy.

Missing the Network News then was like missing a match between Barcelona and Real Madrid in which Leo Messi scored three spectacular goals. The legendary Julie Coker, who is now in her late 80s was one of NTA's most seductive newscasters back then.

Julie, 82, began her broadcasting career at WNTV Ibadan and was the first female to read the network news, which had previously been read-only by her male counterparts. 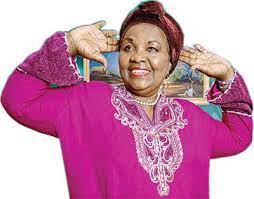 Throughout her 30-year career in the Nigerian Media industry, she was active in every aspect of television programming, rising to become one of the first women to run commentaries during the first All African Games in Algiers.

Julie, the mother of the television screen and a first cousin to the talented international songstress Sade Adu, is a modest personality both on and off the screen during her television career.

Julie was a shining example of achievement, becoming the first Miss Nigeria at the age of 18 and later Miss West Africa. For many young women aspiring to be broadcasters, the beauty queen with the memorable catchphrase has long served as a role model. Her radiant beauty captured her audience's attention and left them wanting more.

Julie, an accomplished news anchor, and author who is gracefully aging has undoubtedly left her mark on the sands of Nigerian television.

She is a restless soul who is always on the lookout for and discovering her enormous potentials, had also dabbled in the eternal murky waters of politics, but without success. 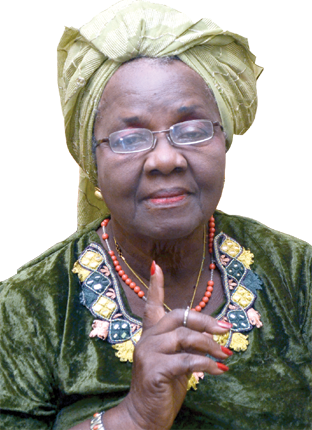 What do you think about this Legendary broadcaster?