A Nigerian Doctor has taken his time and wrote about an encounter he had with an old man he met in a village when he was serving his National Youth Service Corps, NYSC. 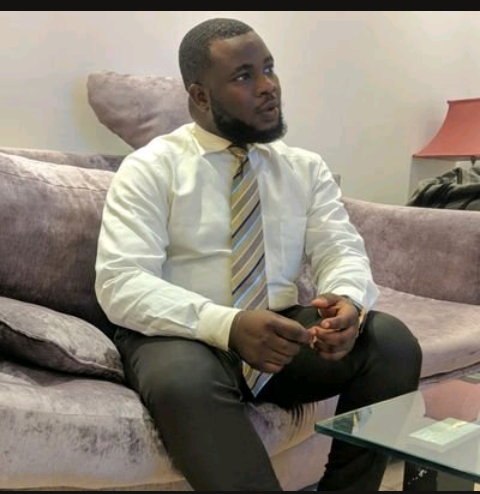 The Doctor took to his official Twitter page identified as The_bearded_Dr_SIna or @the_beardedsina and expressed how he got in touch with a 70-year-old man who was left alone by his family in the village.

He said because of that closeness, Papa began to visit him in his hospital and a tight friendship developed between them.

The medical expert added that when Papa visit the hospital, his intention has never been for consultation, but to gist. He said that the old man will be telling him what happened in the olden days and both will laugh.

The Doctor also said that because of the friendship, the old man collected his phone number and he collected his own also, but only to lost contact with him after his NYSC service.

The Doctor wrote, "This morning l got a message from Papa's phone that Papa was dead but he said, give this surprise to that young Doctor that kept a smile on my face, always ready to listen to me and kept me alive and young".

The Doctor added, "I didn't know when my eyes become teary.

"I was overwhelmed with emotions. I wish I and Papa had a final chat about the early Nigeria wars he always spoke about".

However, he further said, "I don't know the surprise but whatever it is, I am preserving it to his memory to the good times we shared".

The Doctor also revealed that the man was a rich village chief who had an expanse of land, properties and livestock, but his family were abroad and Papa was alone to care for himself.

Then the Doctor concluded with this heart touching statement, " Papa, wherever you are know that you'll always be missed by me". 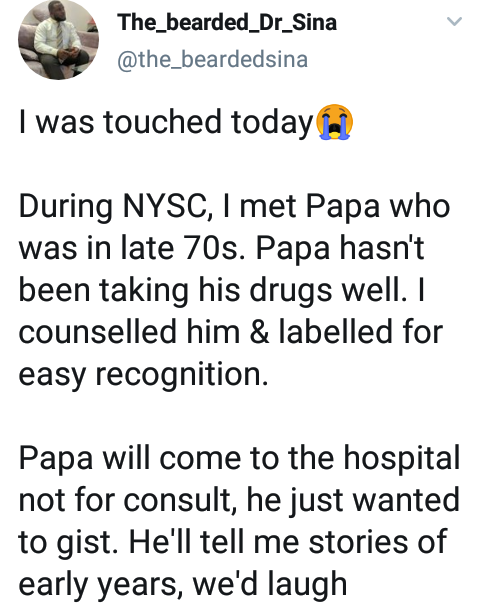 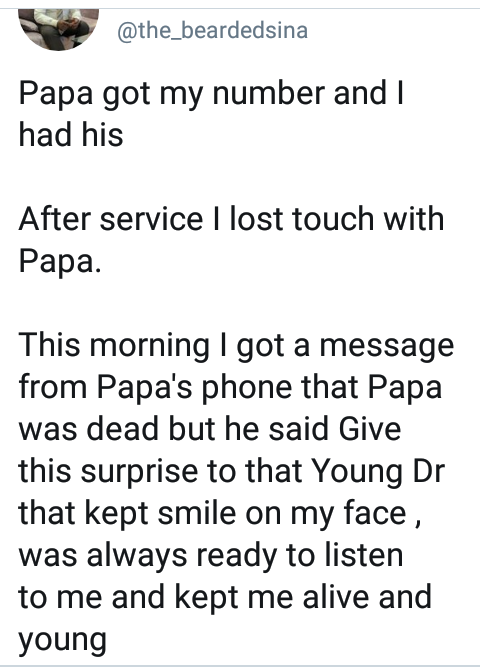 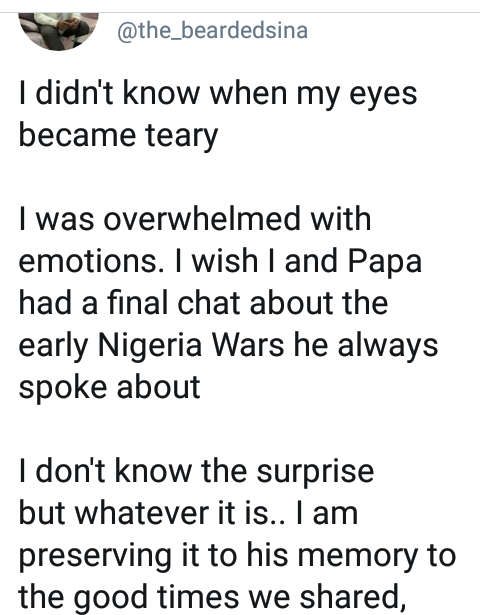 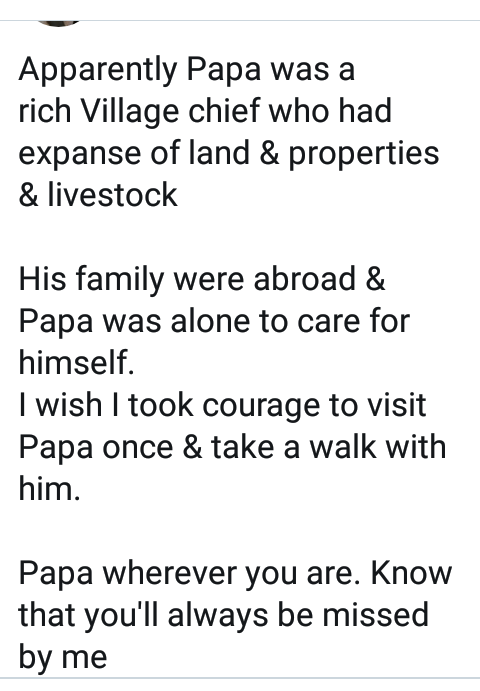 Fun Fact; Being Called 'Baby' Has A Positive Effect On The Brain Of Women. Details.

Sound Sultan Diagnosed With Cancer Of The Throat

Checkout photos of Bukola Saraki and his twin daughters, as they turn 21 years old