"Was Naya Rivera's death an illuminati sacrifice?" fans lament and give reasons for their suspicions

By falaqamin (self media writer) | 2 years ago

Glee and Devious Maids star Naya Rivera went missing on 8th June 2020 after renting a boat at lake Piru to swim with her 4 year old son. 3 hours later, a search began when the boat wasn't returned and a 911 call reported a little boy seen sleeping alone on a boat that wasn't anchored. After a vigorous 5 days search, the police found her dead body in the lake on 13th June. The police reported there was no sign of foul play, the actress had drowned accidentally and they believe she used her last strength to save her son. The boy said his mother pushed him on the boat then he saw her go under the water and never came back up. 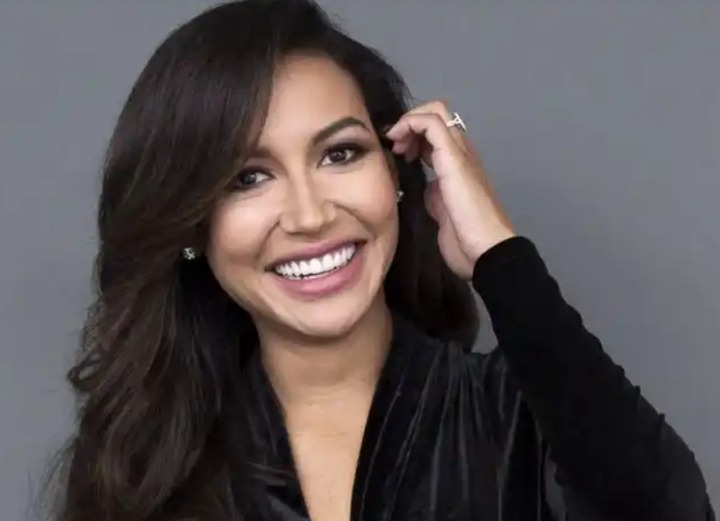 Until her death, she was a very successful and talented actress, singer and author. Some heartbroken fans have tried to connect some dots, coming up with a conspiracy theory that her death could be an illuminati sacrifice. Here are the reasons they believe so.

1) Naya was 33 years old when she died. 33 is the highest degree in free mason and a favourite illuminati sacrifice age.

2) The name of the lake in which she drowned "Piru" means "devil" in the language Finnish.

3) Naya's death happened during the 7th years death anniversary of her Glee co-star Corey Monteith who was found dead in his hotel room in 2013 (died of drug overdose). 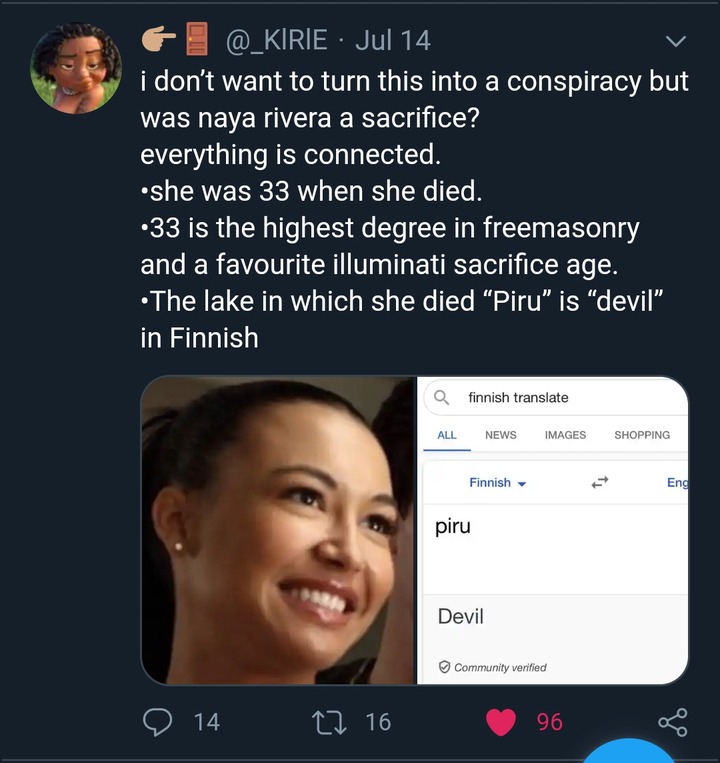 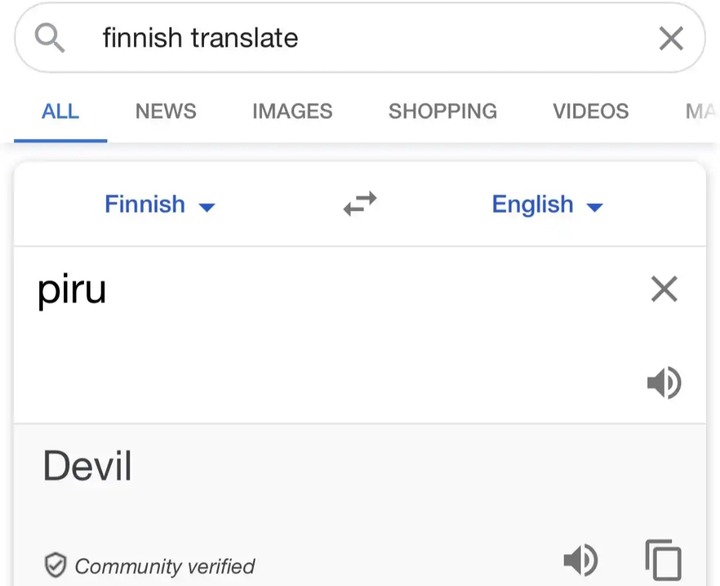 Other celebrities suspected to have been sacrificed by the illuminati include Kobe, Xxxtentacion, Mac Miller, Avicii, and Juice Wrld.

On the contrary, other people think the speculation doesn't make sense and is disrespectful to her family.

What is your opinion on this whole thing? Let's hear your thoughts in the comment section.