Top 11 Banned African Music Videos And The Reasons Why They Were Banned.

By AyoolaToyin (self meida writer) | 1 months 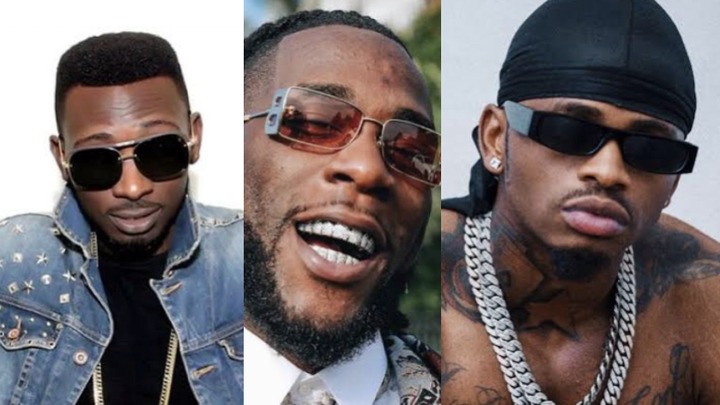 African music has had a massive upturn in growth thanks to the breed of entertainers and musicians we have on the continent. Africans are known for their over-the-top methods just to ensure they stay in the conversations between fans. With the success attained on a musical level, its only normal people try to push other sectors to the world too because we are truly blessed with a lot of talents. When it comes to releasing videos for hit songs or mild songs Africans will always try to over do things and make it all complicated. This complication brings them into light with authorities.

When the authorities notice you and they see your video as being provocative, this always leads to banning of that specific music video, some artiste will go as far as promoting ungodly acts with bare women in videos, some will promote the drug business with their videos while some will promote lesbianism.

Today I bring you the list of the top 11 banned music videos in Africa.

Before May d went into obscurity, he was the name on every body lips as he kept on dropping back-to-back hits. May D released Ibadi to widespread publicity as it was an instant hit among fans, he dropped the video not too long after the song was released but it didn’t stay up for long as the Nigerian broadcasting control banned the video for it obscene content and racy exposure.

Diamond platinumz is one of Tanzania biggest music export and he is known across the continent and his song, Hallelujah was a hit song in his hometown. The track was produced by diamond himself and when he finally released the video for the song it was banned by Tanzanian authorities because level of vulgar content in the video. The racy video has amassed over 12 million views over three years on YouTube.

Fans Mi entered the music industry like rocket and it was an instant success but that success was cut short after the song’s video was banned for promoting heavy drug trafficking. It has amassed over 12 million views till date.

The number one on this list is one that will shock almost everybody as we know what sauti sol represent, soothing and mind easing music. Nishike was no different from a classic sauti sol song and it has amassed over 3.5 million views but the classic song was banned for nudity and racy contents

Ancilla was produced by Urban Boys and it was pushed on different platform by Hitachrist. Ancilla has amassed 1.1 thousand views and it was actually banned for a very weird reason, for being too westernized. I don’t know about you but that is one of the dumbest reasons on this list.

Phyno’s hit song, Yayo has amassed 1.4 million views on YouTube but the song was banned by the Nigerian broadcasting control agency for being too obscene, indecent exposure and also for promoting gun violence.

Same love by Art Attack was released 5 years ago to widespread success but sadly the song’s video was banned for promoting lesbianism.

Tanzania superstar is at it again with another song and another racy video. Zigo video has amassed 14 million views on YouTube and it was banned for being to racy and raunchy. That is not enough reason to ban a video in my view but what do I know.

As you can see, there’s a lot of Tanzanians on this list and I’m beginning to wonder if its just a normal thing in the country to act racy all the time or it’s something else. Chura was produced by snura some years ago and it was another hit. The video has amassed 580,000 views on YouTube and it was banned for nudity and racy contents.

Ensolo was a major hit in Uganda after it release but few months later the song’s video was banned for containing and promoting prostitution.

7 Times Celebrities Got Real About Loving Their Bodies (Photos)