Indeed, it is quite interesting to see, that the current leaked video ordeal involving Tiwa Savage is generating diverse conversations on social media. And, it is even opening up more dialogues on a few other related instances involving other female celebrities. Almost everyone has got an opinion on Tiwa's intimate video leak, but the opinions that I have found more interesting are the ones coming from some Nigerian female celebrities. For all the talks about 'women supporting women', however, at this moment, it appears there are mixed feelings among the female folks regarding the Nigerian female singer. Particularly, for BBNaija's Ka3na, she has just released her thoughts. And, Ka3na is suggesting that Tiwa's current dilemma is simply an indication that, indeed, no lady is a saint when it comes to issues of relationship & s3x. 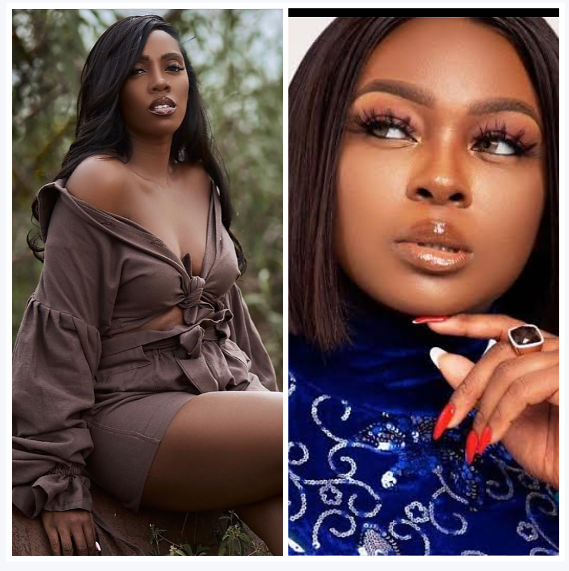 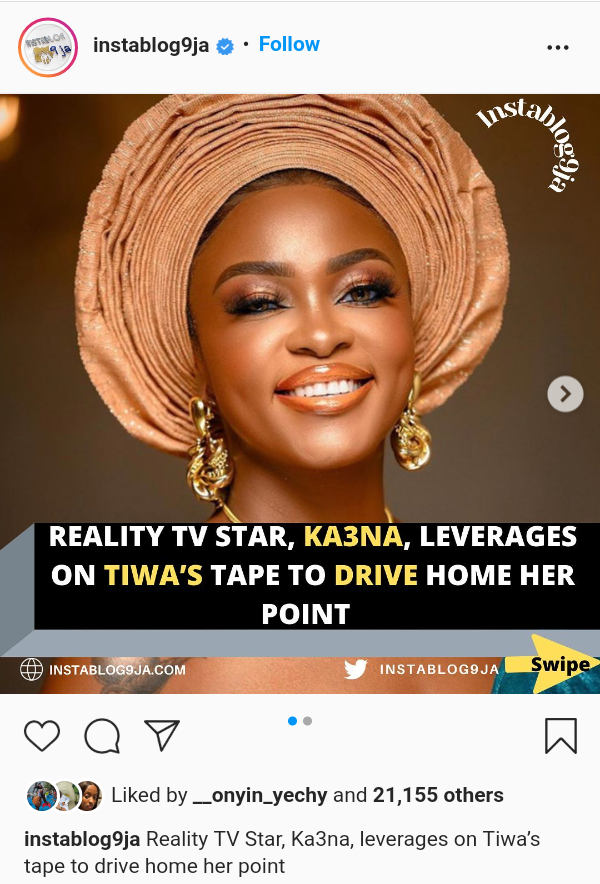 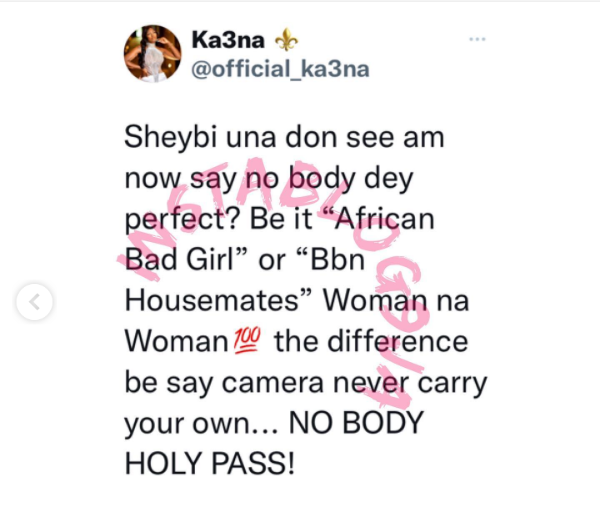 Of course, for some keen observers like me, we know that the BBNaija star, Ka3na, is a lady who is often strategic with her words & actions. Thus, her latest comment about Tiwa Savage's dilemma with the leaked video appears to have a coded message underneath it. Already, I've observed her comment 3 times, and I just figured out that her statement has a coded message about her fellow BBNaija ex-housemate Tega, who was also involved in a slightly similar scenario.

It would be recalled, that Tega was involved in an alleged controversial intimate moment with fellow former housemate, Boma, while they were in the BBNaija house. But, as Tiwa now seems to be having more support over her leak; on the other hand, Tega was heavily criticized over her situation. And, to the extent that she had to delete her Instagram page due to the barrage of insults & online trolling she was receiving at that period. Now, in a way, Ka3na is showing support for Tega. And, she is seemingly passing a message that, indeed, no lady can claim to be free of mistakes, especially in the context of having an open relationship. For me, I honestly think that this leaked video dilemma involving Tiwa Savage, and even the similar situation involving popular Instagram dancer, Janemena; both scenarios should be an eye-opener for fellow ladies & female celebrities who are in an open relationship with their men. Thus, from the two major ordeals, I'm highlighting possible 2 big lessons for the female folks to learn, as outlined below:

(1) A female should not be desperate for financial aid from men: In my candid view, for the average lady or female celebrity who is in an open relationship, she should not be desperate to always solicit financial bailouts from her man. Truth be told, because of some questionable requests for financial aid, many females have fallen victims to unwarranted intimacy with unsolicited s3xcapades, and such have gotten them into some regrettable situations. Thus, I would suggest, that it is probably better for the average lady or female celebrity to strive to be a confident, financially independent female. A financially independent female who adequately takes care of her bills, with no added pressure.

(2) A female should not allow her boyfriend to record her intimate moments: Sometimes, a female should endeavor to say 'NO' in some situations, even if her man is the one at the receiving end of the message. Notably, a lady or female celebrity should be well aware of her basic right of expression in a relationship. As well, she should be familiar with her right to reject or refuse a request from her man, especially one that is deemed as 'inconvenient' for her. Perhaps, regardless of the odds, ladies should be encouraged that they should NOT allow their man to record their intimate moments. It is Ok for a female to have any form of intimacy with her man; but for him to request that he wants to record it, that is a risky gamble that she should outrightly reject.