By Creativity247 (self media writer) | 2 years ago

Mariah Angela Carey was born March 27, 1970, in Huntington, Long Island, New York to Patricia (Hickey), an Irish-American mezzo-soprano opera singer, and Alfred Roy Carey, an aeronautical engineer. They got divorced when Carey was only three. Her first public performance was at the age of six. By the age of sixteen, she was skipping classes to write songs and her brother, Morgan, paid for her first recording session. She finally graduated from Harborfields High School, in 1987. 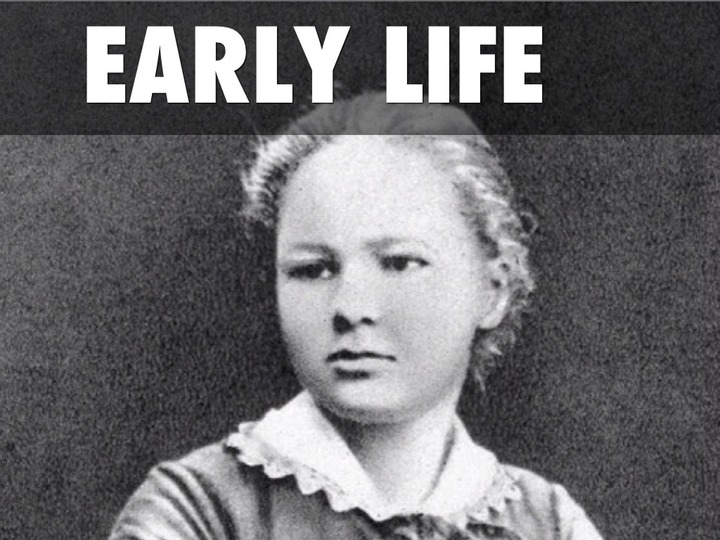 Mariah Carey is regarded as one of the most prominent singers and songwriters of the 21st century. During a career spanning across 20 years, she has established her name as a vocal virtuoso, who has taken music to greater heights. This songbird possesses a five-octave vocal range and she has the ability to hit notes even beyond the 7th octave, which can even shatter glass. Her use of melisma and the whistle range have continued to awe and inspire artists since the last two decades. Her body of work includes song writing, singing, and production, not to mention the introduction of new sounds with each album. Her music styles range from Motown soul to R&B to Hip Hop and Pop and she can easily glide from a soulful ballad to hip-hop songs with élan. Although, this star had a troubled childhood, suffered emotional breakdowns but, she stood the test of time and emerged successful. Worldwide sales of her dozen studio albums have managed to surpass the 200 million mark, making her one of the most successful recording artists of all time. The passion for music in this immensely talented star is so visible in each of her performances that audiences from across the world respond with unbridled enthusiasm to her singing. To learn more about this true diva, scroll further.

Career of the singer

Before Carey got her big break, she worked as a temp and juggled with a number of odd jobs such as a beautician, hair sweeper in a salon, waitress and as a coat check girl. After several years of struggling, she had earned ample money and finally, she moved to a well-off sector in New York with her family.

In 1988, Tommy Mottola, Head of Columbia Records, signed her and produced her debut, self-titled album, ‘Mariah Carey’, which contained four No.1 hits. These songs charted the top US music countdowns for weeks and even earned her a number of prestigious nominations and awards. ‘Emotions’, released in 1991, was a more mature album in terms of the quality of songs and music. Her MTV Unplugged version in 1992, awed critics and went on to earn a triple-platinum certification by the Recording Industry Association of America.

Some of her popular singles through the 90s such as ‘Endless Love’ and ‘All I Want for Christmas Is You’ established her as a popular pop star and she soon began releasing a lot more albums. ‘Daydream’, released in October 1995, explored new avenues with R&B and hip-hop flavours and her signature pop tunes. The album’s song ‘One Sweet Day’ sung in collaboration with R&B group Boys II Men, remained on the American Music charts for almost 16 weeks. She introduced ‘breathy vocals’, a new sultry style of singing, with her next album ‘Butterfly’, in 1997, which received positive reviews from both, critics and listeners.

The following year, she recorded a duet with the famous, Whitney Houston, titled, ‘When You Believe’, for the animated film, ‘Prince of Egypt’. In 1999, she released the triple-platinum album, ‘Rainbow’, under Columbia Records, which was compared to her previous release, ‘Butterfly’, in terms of the pattern of the songs. The song, ‘Heartbreaker’, became a smash hit and topped music charts. In 2001, she starred in ‘Glitter’ as ‘Billie Frank’, a girl who becomes a pop-star over night, after a chance meeting with a DJ. Both the film and her performance received negative reviews from the critics and the movie was a box-office failure.

In 2002, her ninth album, ‘Charmbracelet’ was released, which received mixed reviews from critics and listeners. Of all the singles in the album, ‘Through the Rain’, was the most successful one. ‘The Emancipation of Mimi’, released in 2005 is largely considered her ‘comeback’ album. Two singles from the album, ‘We Belong Together’ and ‘It’s Like That’ became instant chartbusters. Her 2008 album, ‘E=MC2’, brought her back to the top of the pop-music charts in the United States.

After a bad review for her first feature film ‘Glitter’, sceptics lauded her return to films with ‘Precious’, in 2009, in which she played a social worker. In 2010, she released, ‘Merry Christmas II You’, which became a top holiday album in the United States and became the second ‘Christmas’ album to top the ‘R&B/Hip-Hop’ charts as well.

In 2011, she collaborated with teenage sensation, Justin Bieber for his holiday album, ‘Under the Mistletoe’ and re-recorded her famous song, ‘All I Want for Christmas is You’. She wrote and recorded the song, ‘Mesmerized’ for the film, ‘The Paperboy’, in 2012. The same year, she appeared as a judge on the reality singing show, ‘The American Idol’. She is currently collaborating with a number of record producers and musicians for her next album, ‘The Art of Letting Go’, which is slated for release in 2013. 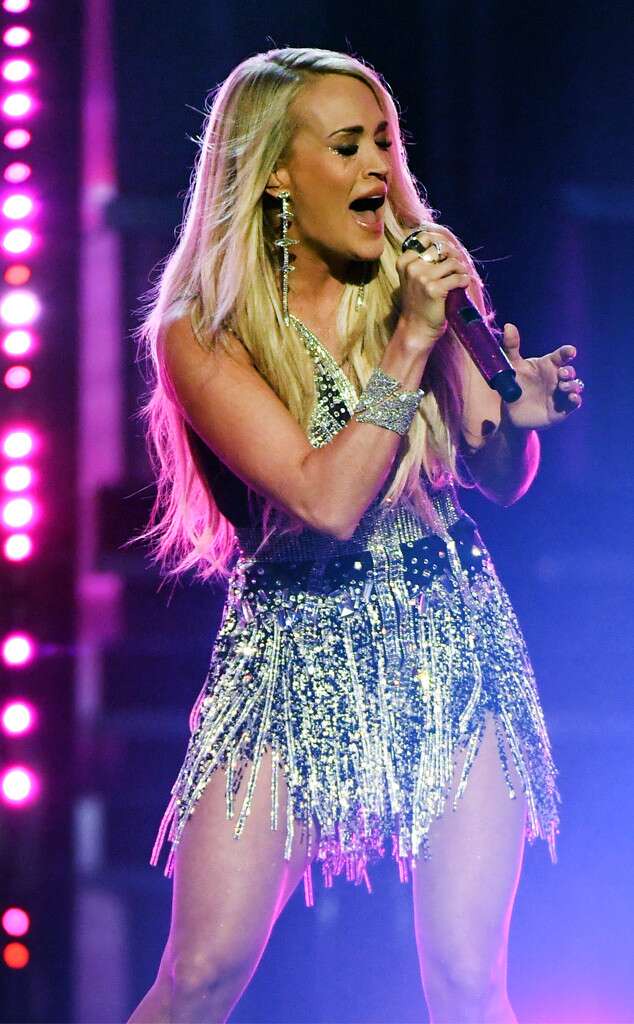 ﻿Her achievements and awards

- The album was also certified platinum nine-times by the RIAA and she became the first artist to have her four singles topping the music charts in the United States after ‘The Jackson 5’.

- She was awarded the ‘Legend Award’ as the ‘best-selling female pop artist of the millennium’, in 2000. 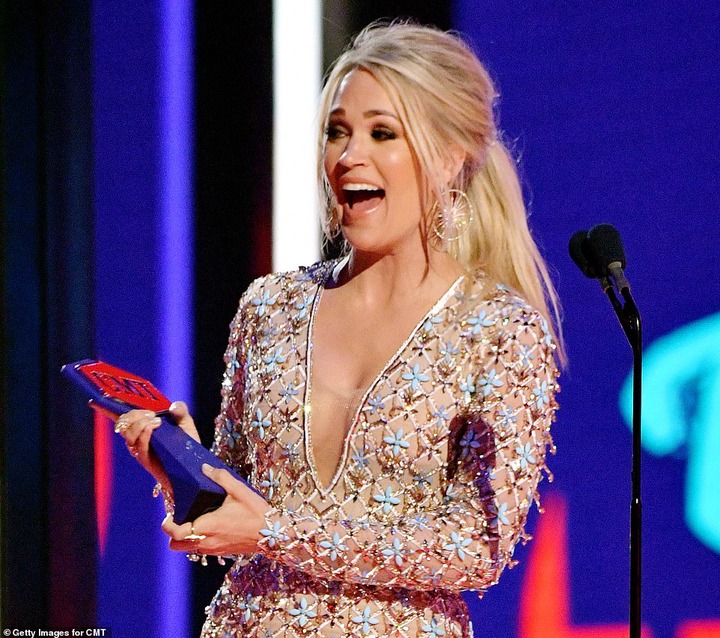 She dated and married Tommy Mottola while working on her third album ‘Music Box’ in 1993. Also, she married comedian-actor, Nick Cannon on April 30, 2008 in The Bahamas and on April 30, 2011, she gave birth to non-identical twins, Monroe and Moroccan. It is believed that during her pregnancy, she suffered from high-blood pressure and gestational diabetes.

Content created and supplied by: Creativity247 (via Opera News )